The Xbox One S: Life with 2 consoles

The Xbox One S launched last week and began shipping to pre-orders.

The new revision of the console which sports a fresh “Robot White” coat of paint, internal power supply, ability to stand vertically, 40% smaller size, new controller and a number of other improvements over its predecessor is Microsoft’s latest attempt to reinvigorate interest in its console. However, with the removal of the Kinect Port there are some caveats with the new system too. I pre-ordered the 2TB edition myself from The Microsoft Store online and have had the weekend to get acquainted, setup and copy my games across from my old system.

Now I’m one of those crazy people who has every game downloaded and ready to play on a 4TB external drive on my current Xbox One, which is 1500GB, so I’ve decided to relocate that one to my bedroom; copy the largest and most used games to the new One S internal HDD and keep the external with the original. The process of this was…OK.

Plugging in the External HDD, all my games appeared instantly and were playable, but my problem with the setup is that every game needs to be copied manually. There’s no multi-select when copying games between HDDs which I would have loved in this case as the 151 games, if I was transferring them all, would have made for quite the time consuming process. This is essentially a one-time issue for me though, due to the external HDD capabilities of the Xbox compared to its main competitor; it’s easy to hot swap my 4TB HDD between the two systems when needed. Being a user with 2 consoles in their home, I cannot thank Microsoft enough for their cloud save storage. Playing a game on the new Xbox and then taking off from where I was on my old Xbox is a matter of waiting 30 seconds for the save games to sync upon launch. It is so seamless it doesn’t even need to be thought about and is probably one of the only aspects of Microsoft’s original “internet based” vision for the Xbox One that has lasted into 2016

On to the console itself though; an amazing improvement over the original Xbox One, whilst keeping most of the design language intact. The console is still the familiar boxy design but looks so much sleeker due to the decreased size and clever design of the lower portion of the console making it both appear to be a slightly floating, futuristic aesthetic and appear even smaller than it actually is. The massive power brick has also been internalised now making this a much more portable Xbox and we’re now able to stand the Xbox One S vertically with the included stand. The controller too has been slightly refined; Microsoft has been far more reserved in their changes here though with the largest improvement being Bluetooth connectivity as standard allowing the controller to pair directly with Phones, Tablets, PCs and more. Some of the lines have been changed slightly, the analogue sticks have been refined but overall it’s still the fantastic controller that the Xbox One launched with and pales in comparison to the Xbox One Elite controller.

The system has been a breeze to use, I was super happy when it popped up upon first connection stating “It appears as though you’re using a UHD TV, would you like to switch to UHD mode”. 4K(Ultra HD) content is still a bit few and far between, however for those with a 4K TV, the Xbox One S is currently one of the cheapest 4K Bluray players around and definitely worth a look if you’re in the market. The slight increase to the specs make the menu system and navigation seem ever so slightly smoother; this, in conjunction with the new Windows 10 Anniversary update for the system, have made it a pleasure to use. 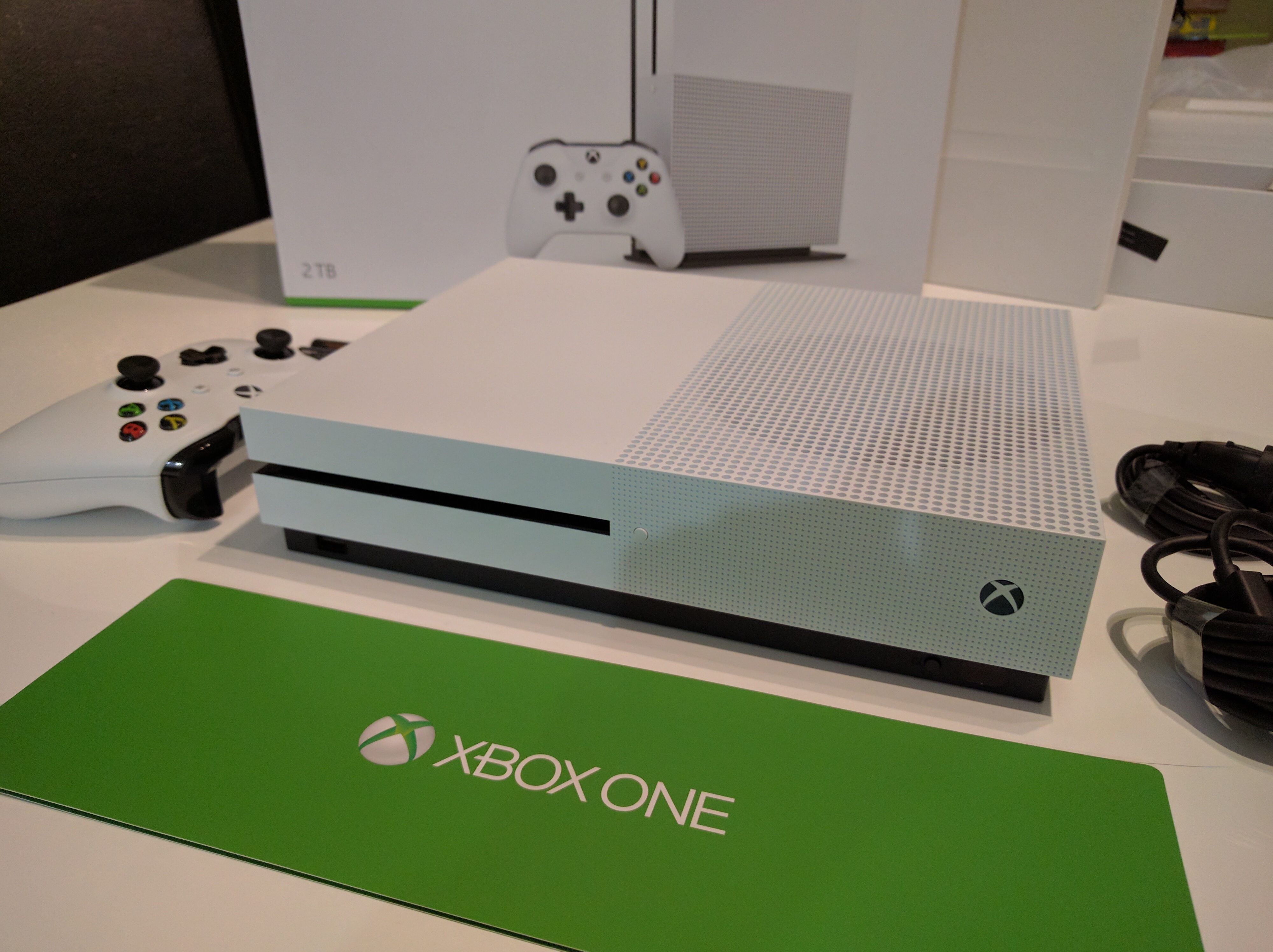 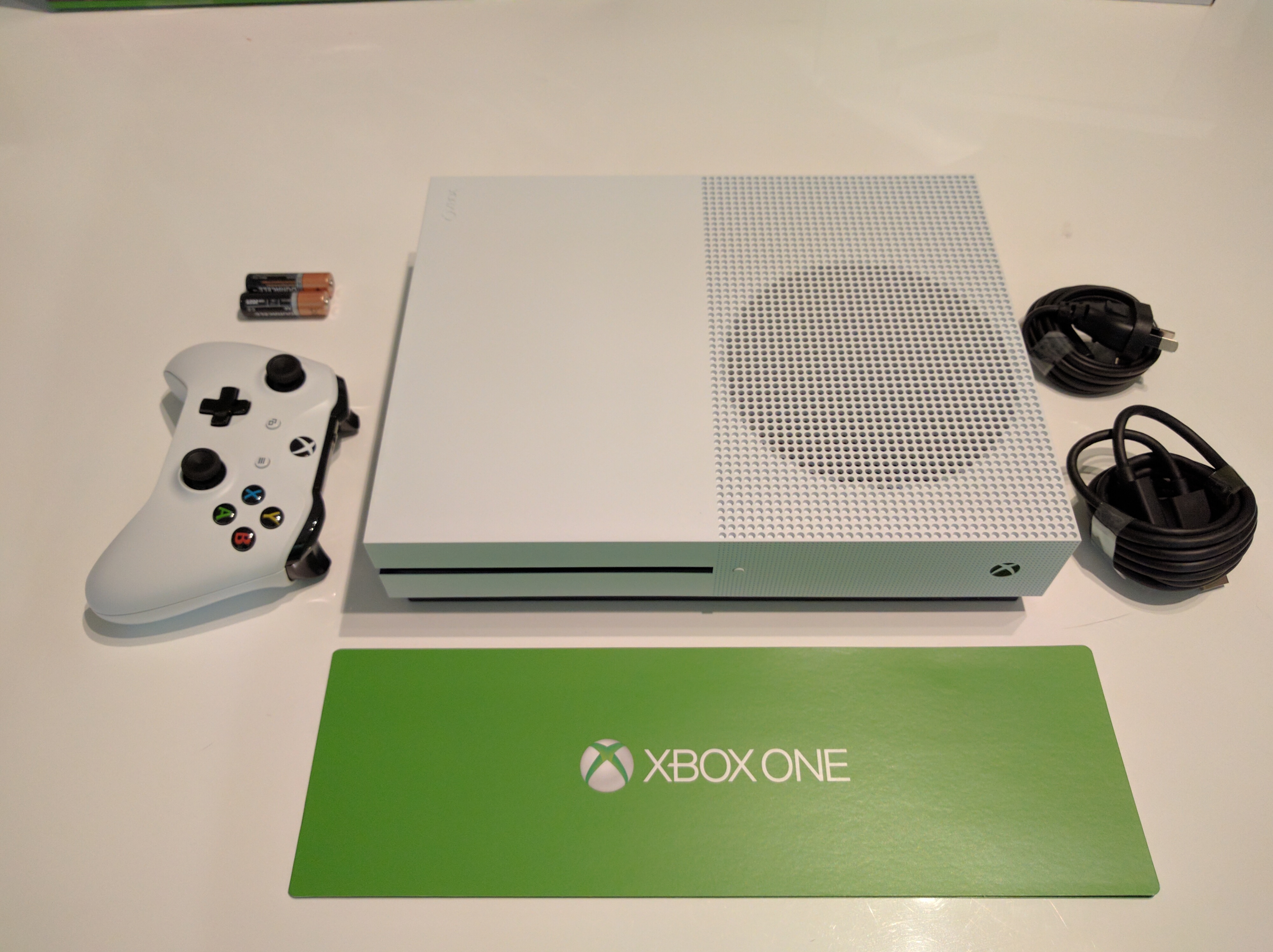 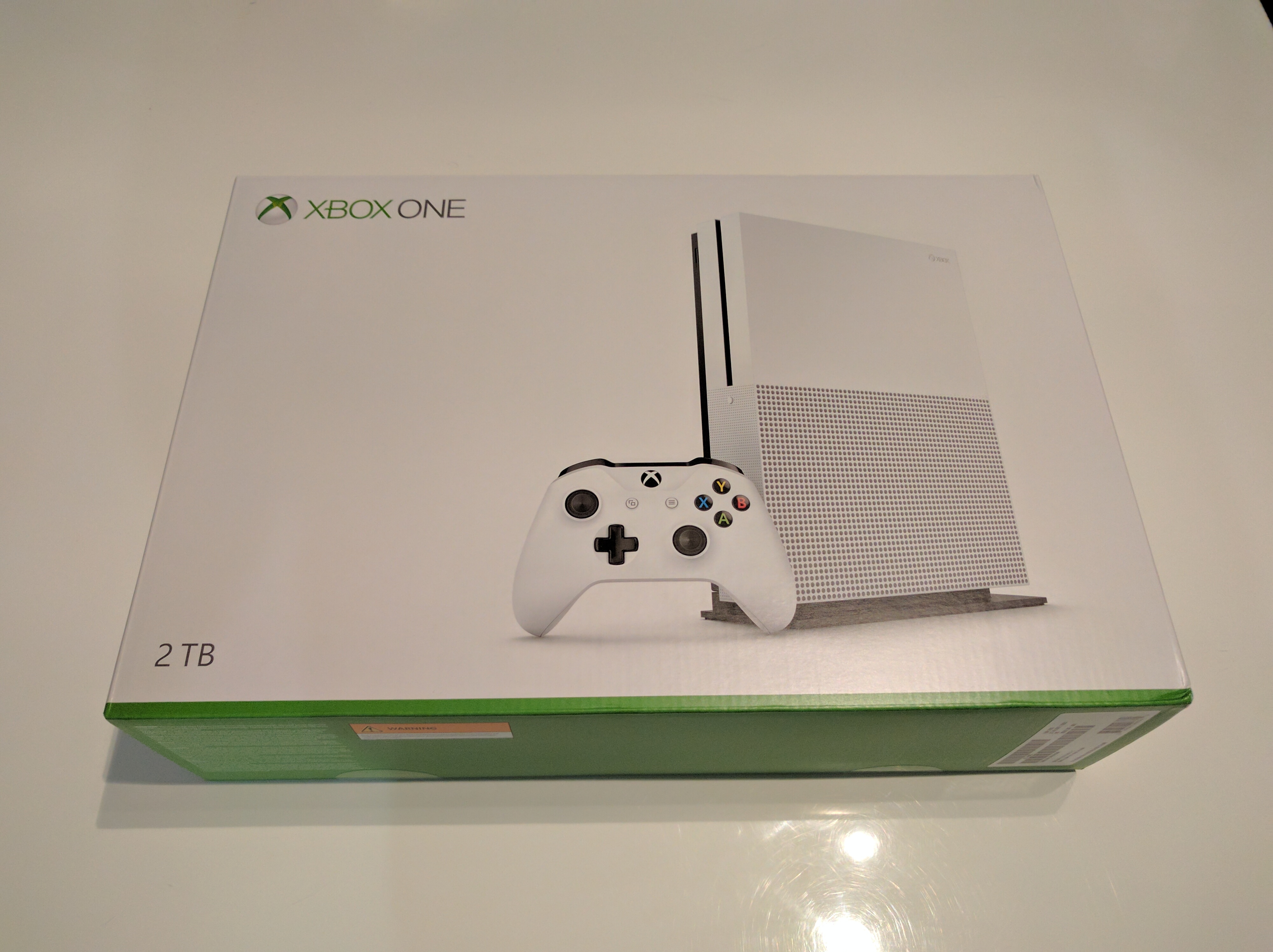 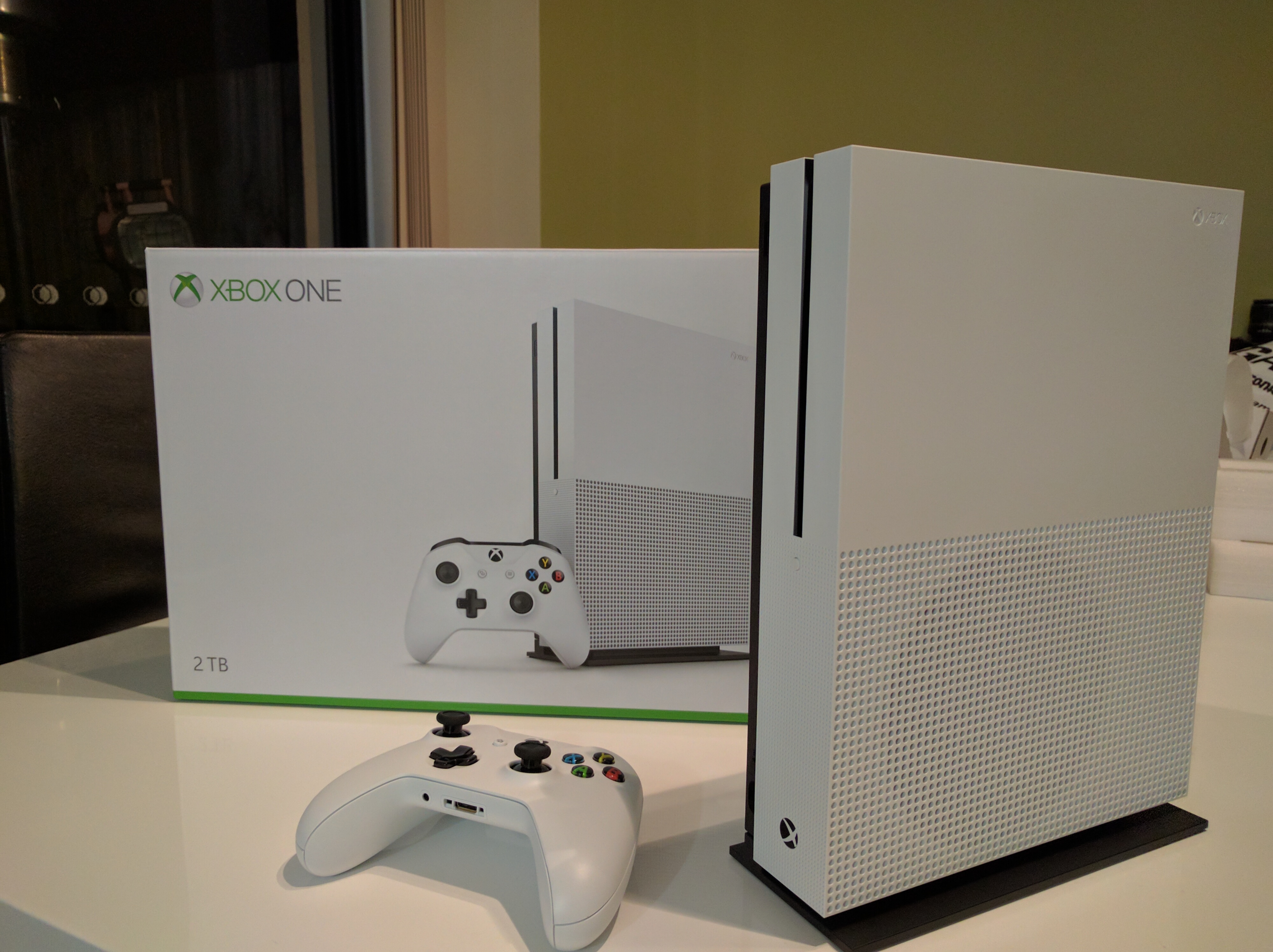 The only real sticking point for me is the Kinect. I’m one of the few people who use their Kinect and I use it daily. The ability for the console to automatically turn on my TV and sound system, control navigation and volume via voice has always, while not being 100% usable, been an excellent and differentiating feature of the Xbox One. The Xbox One S no longer has a dedicated Kinect Port and users of the original Kinect will need to order an adapter to get it working. The system itself now features a built in IR blaster and HDMI-CEC, the latter of which was an odd omission from the original, but without the voice commands I find them not really utilizable. Microsoft is offering a free adapter to owners of the original Xbox One and the Xbox One S, but I really wish they just included the port. While the Kinect may be hard to market, it’s been a key aspect of my living room for 3 years now and I’m missing it.

The Xbox One S launched with Microsoft’s Windows 10 Anniversary update for the Xbox Dashboard, bringing refined navigation, Universal Windows Platform App support, Background Music playback, more user customisability and more. Between the two launches, now is the best time there has ever been to pick up an Xbox One, be it a beautiful, new, sleek, Xbox One S or one of the price-dropped originals. Microsoft may still be a bit behind in this generation, but they’re still fighting and making the Xbox One better and better all the time.