A Beginners Guide to PAX

With PAX AUS just around the corner, many people are gearing up to attend what is Australia’s biggest gaming convention. For a lot of us it will be a return to familiar sights, sounds and faces but for many it will be their first time attending.

For those newcomers, here’s some quick history: PAX is the brain child of Jerry Holkins and Mike Krahulik, the authors of the Penny Arcade webcomic. Created in 2004 and first known as Penny Arcade Expo, it started  in Bellevue, Washington because they wanted to attend a show exclusively for gaming. While the very first PAX was attended by a mere 3,000 people, this year it will see over 70,000 through its doors. PAX has grown from a single show to now featuring multiple shows across the US and even an international show here in Australia known as PAX AUS.

The truly special thing about PAX above any other gaming or trader show is its emphasis on community and, of course, gamers. Everything is playable on the floor and accessible to you! Which means there are no secret “behind the scenes” previews for press only. Its because of this open access policy that PAX fosters a much different community. You will see cosplayers amid the crowds and there’s no shortage of parties or after-parties to attend. As well as giant LANs, you’ll also be able to enjoy some less digital gaming on the tabletop gaming floor. Add to this entire lounges filled with SUMO pillows to lay about and play handheld games and its clear PAX is more than just a convention about games. It’s about a bunch of friends hanging out together… about 70,000 of them!

So for all you first time PAX’ers out there here is some helpful advice from us to help you get the most out of the experience.

“Queuing up for the bigger panels is a must, and with the noise and excitement on the showroom floor it’s easy to get distracted on a side-quest and miss the panel all together.”

Last year I attended my first PAX and I have to say it was an amazing experience and an adventure I’ll never forget. So for all you avid adventurers like me, I want you to know that as amazing as it is, it’s easy to get swept up in all the excitement and miss the things you really want to see and do.

I highly recommend setting out a game plan. For this there’s no better resources than the PAX app and the PAX schedule. Both can be found on the official website. Once you have those in hand, a map of the showroom and Convention Centre is also a must.

It’s  important to remember other key quest items like adequate footwear, hydration, a trusty backpack and preferred form of painkiller; the noisy environment can become quite overwhelming for first-time adventurers and even seasoned ones.

If you plan to take in panels (which I highly recommend)  I suggest you use your phone to set multiple vibration alarms, to remind you before they start. Cuing up for the bigger panels is a must, and with the noise and excitement on the showroom floor it’s easy to get distracted on a side-quest and miss the panel all together.

If you’re a bit of a looter and pack-rat like me, then fear not as there are cloaking facilities available (for a cost) which will lighten your load and stop you becoming over-burdened, slowing down further adventuring.

Finally, lets talk about PAX loot.  There is no shortage of free goodies to be had, and competitions abound to be entered. Just remember that if you enter a competition, they have call-out times that you must be there for otherwise you miss out completely.

“Don’t get lost, in time or space. Last year the app saved my life. Download the PAX Aus 2016 Mobile App by Guidebook.”

This will be my third year at PAX. I’ve been to more cons than I can count, but PAX is the biggest and most monumental convention I have ever attended. Here are my quick tips:

Shoes. No one likes having blisters. And no one likes hearing people complain about having blisters. If cosplayers can be prepared, you sure as hell can be. Either by not wearing ridiculous footwear or having a stash of band-aids. For your own sake, as well as for those around you, have a think about what shoes you will be wearing, and how long you’ll be in them.

Friends don’t let friends carry around GIANT backpacks.  You are going to want to take stuff with you, and if you’re a bad person like me, you’re going to buy way too much stuff (I have a dice addiction). But that doesn’t mean you need to take a huge bag. The last thing anyone wants is to be behind someone in the pressing crowd, to have said person in front to go “Oooo, Charizard!”, swing around, and give you a face full of RPG-guide laden backpack. Don’t be that person.

In case of ouchies, bringing painkillers is never a bad idea. Whatever your preferred brand, bring it. Having a headache at a con, where there is so much to see and it’s so loud and crazy, is the worst. Chances are there are many things that you are super excited to see, and for it to be ruined by a headache would suck. Or cramps. I’ve been there, fellow uterus bearers. Bring the painkillers for all types of ouchies.

Don’t get lost, in time or space. Last year the app saved my life. Download the PAX Aus 2016 Mobile App by Guidebook. It has a bunch of cool stuff, particularly the map, and the ability to create your own schedule. It tells you every event that will be going on throughout the three-day convention, allowing you to choose which events and panels you want to attend, putting them into an easy to read timetable.

Power Up! Take a phone charger. There will be plenty of power points at the mobile gaming station. Better yet, bring a portable charger for it. You’re probably going to be taking a lot of pictures, maybe some videos, calling and texting friends who got lost… Unless you still use an old school Nokia, your phone isn’t going to last the day.

Your phone isn’t the only thing that needs power, so do you: Bring snacks. Unless you want to spend $20 on a hot dog.

Bring deodorant. This isn’t a request. Bring it. PAX is gonna be full of people, its gonna get a bit warm, and if everyone could PLEASE bring something along that will stop the place getting all stinky, that would be great.

“It never hurts to be a bit brave and try joining in with a group of people who you’ve never met before.”

PAX for me is a chance to get in amongst those who, like me, just love to play games. My first time attending was last year, so I’m by no means an old pro, like some of my fellow Checkpoint crew, but I did find that planning in advance helped me significantly. I went all three days last year and used my first day to just explore the area and hang with my friends, it certainly allowed me to familiarise myself with the layout and then plan with more precision so that I got try my hand at all the games I was looking forward to. Plus, being someone who can sometime get a bit anxious in new environments, I found having my friends there gave me grounding and I spent less time fretting.

Of course if I were to recommend things to do, I would gladly suggest attendees try their hand at the tabletop area where many interesting games are up for use. It never hurts to be a bit brave and try joining in with a group of people who you’ve never met before – I got to enjoy myself playing Settlers of Catan with a trio of guys who were all really lovely and helped me along as it was only my third time playing this game.

If you bring along your 3DS I suggest you take some time out to relax in the Handheld lounge. Your street pass will certainly be going into overdrive with the amount of people you’ll pass in one day, so don’t be afraid to whip it out every once in a while and use this fact to your advantage.

For those who may also feel slightly overwhelmed with the massive numbers PAX is guaranteed to bring, I recommend you try and pop in to the ‘Diversity Lounge’ for a quick breather. The Diversity Lounge (found on the second floor of the Convention Centre) is an area designed as a safe space for LGBTQ, women, and people of colour to visit at any time during PAX’s run and is run by like-minded people who are happy to chat and make you feel welcome. If you have some time, pop in and say hi. 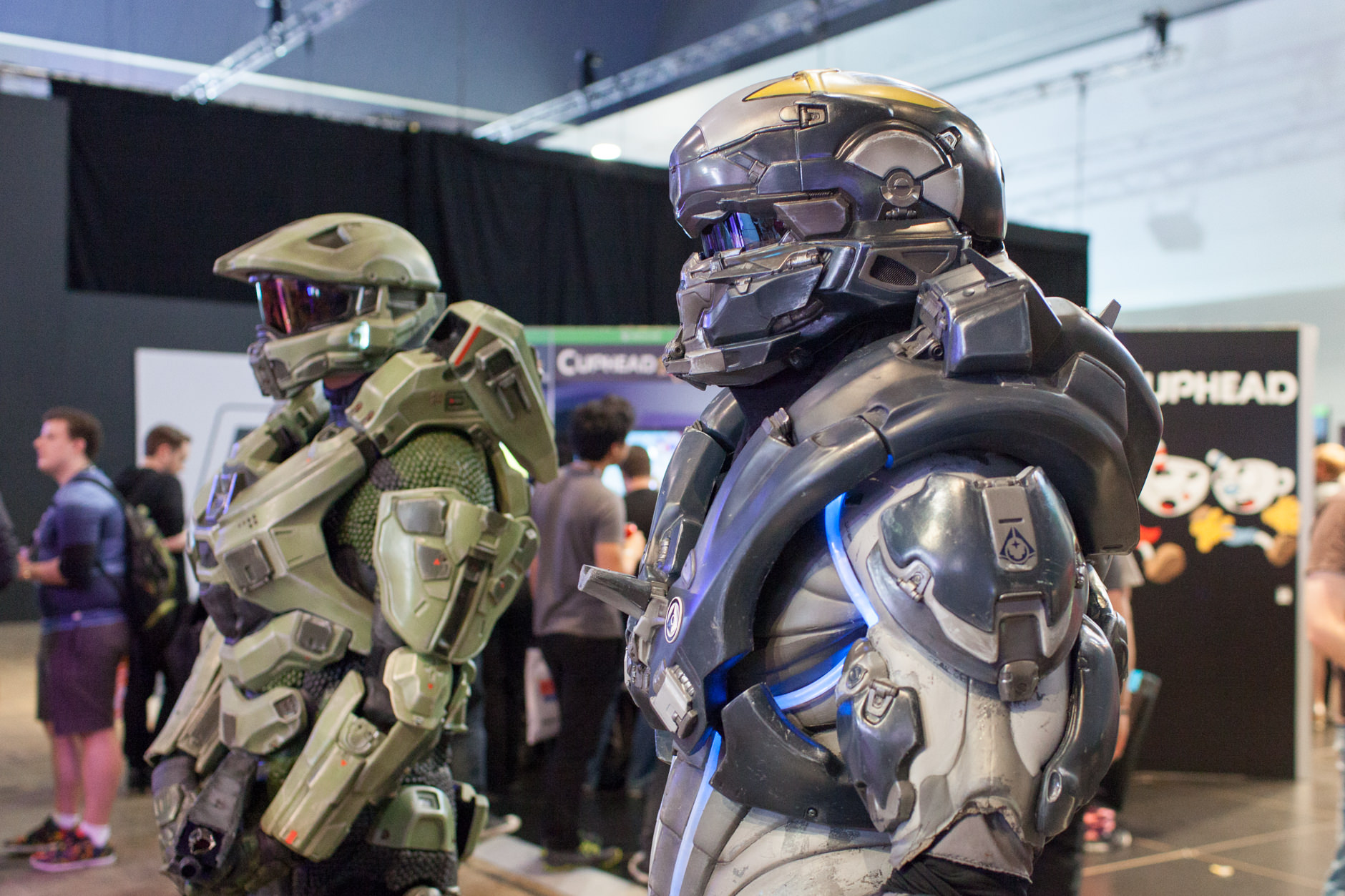 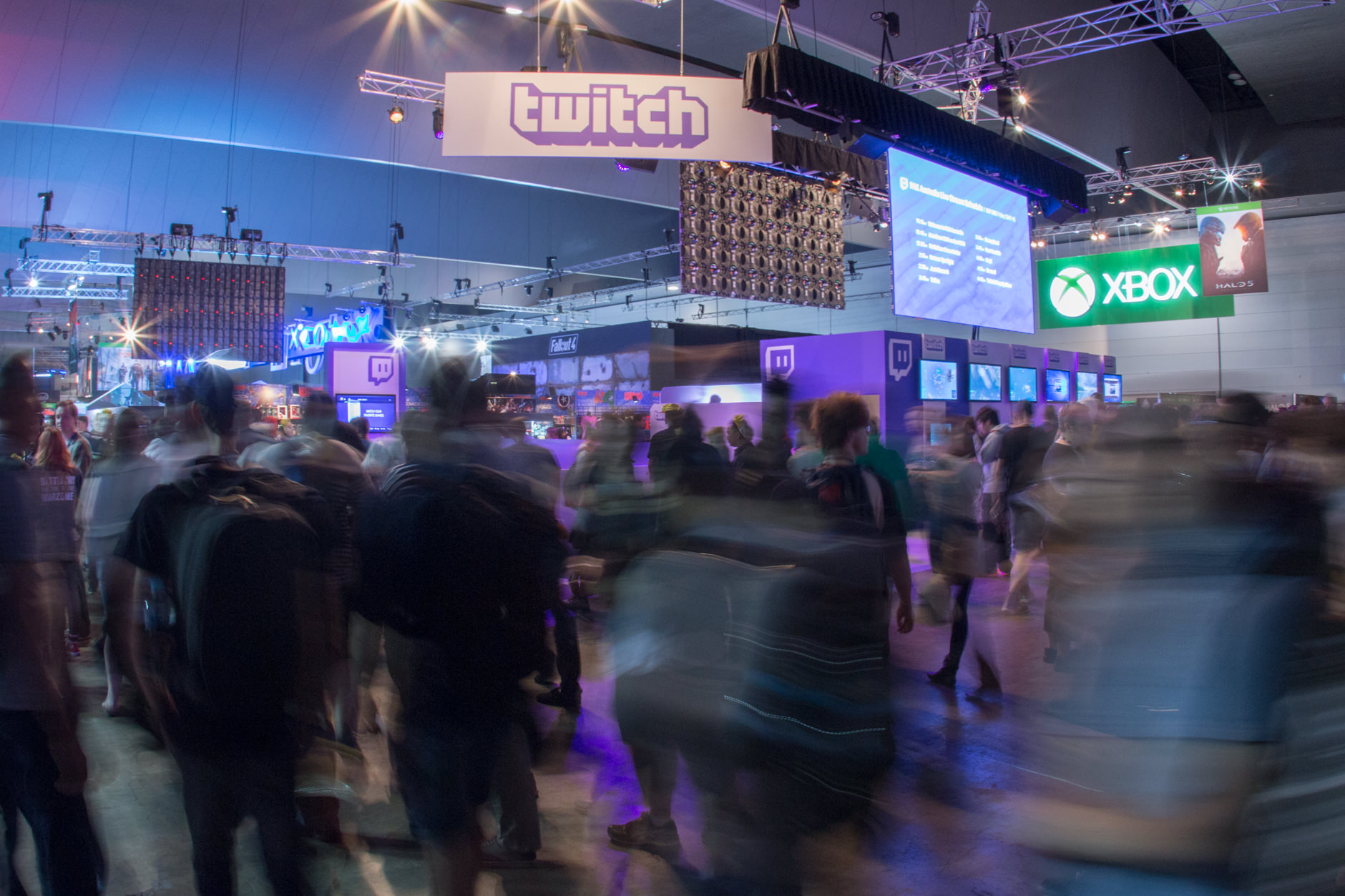 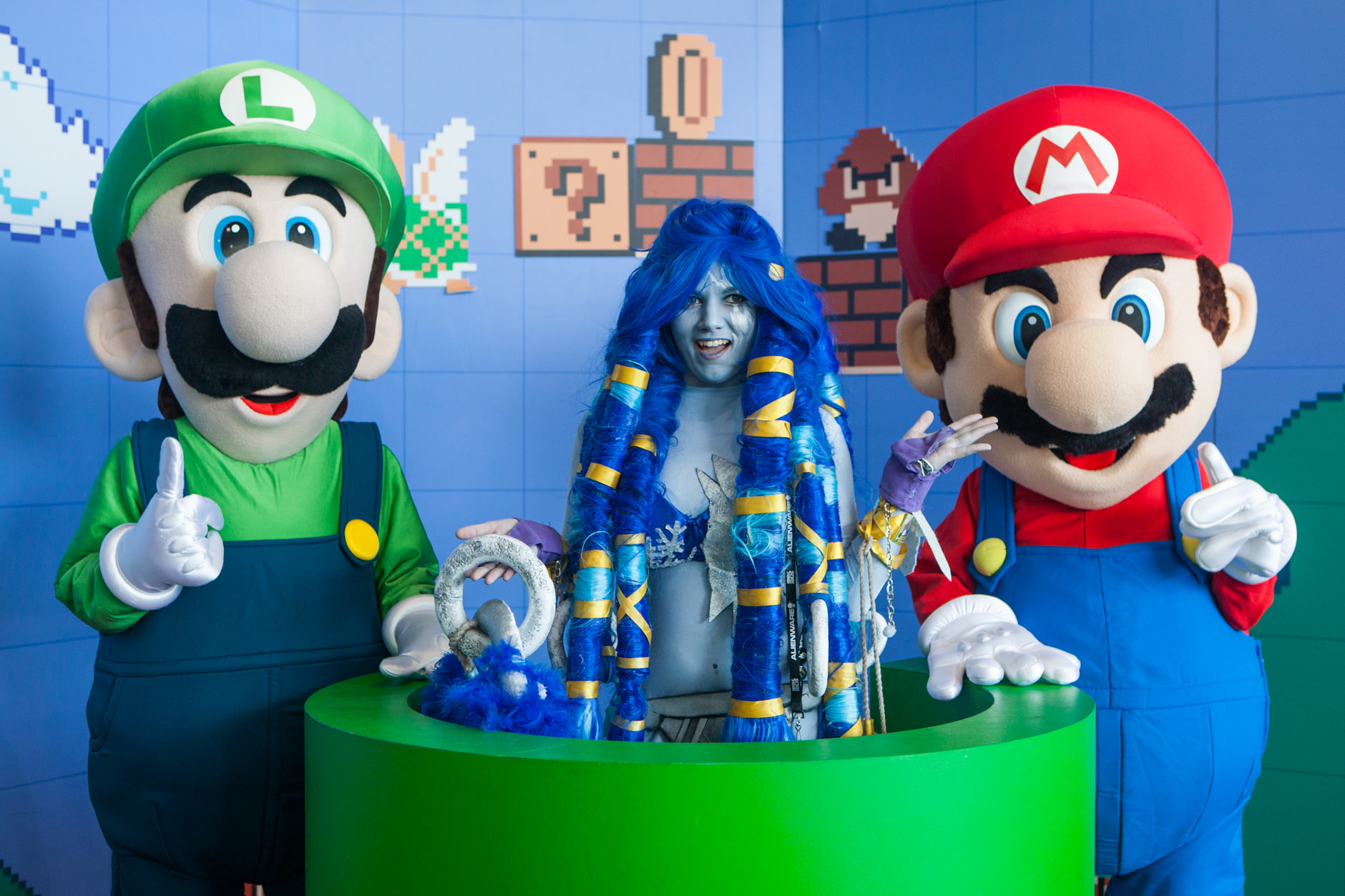 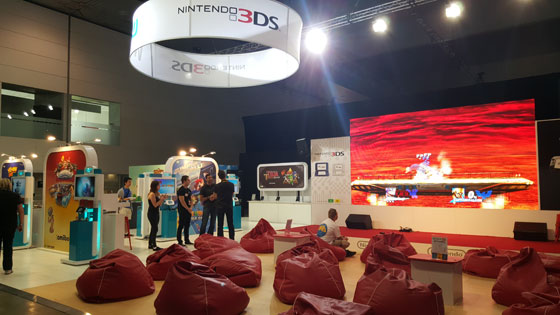 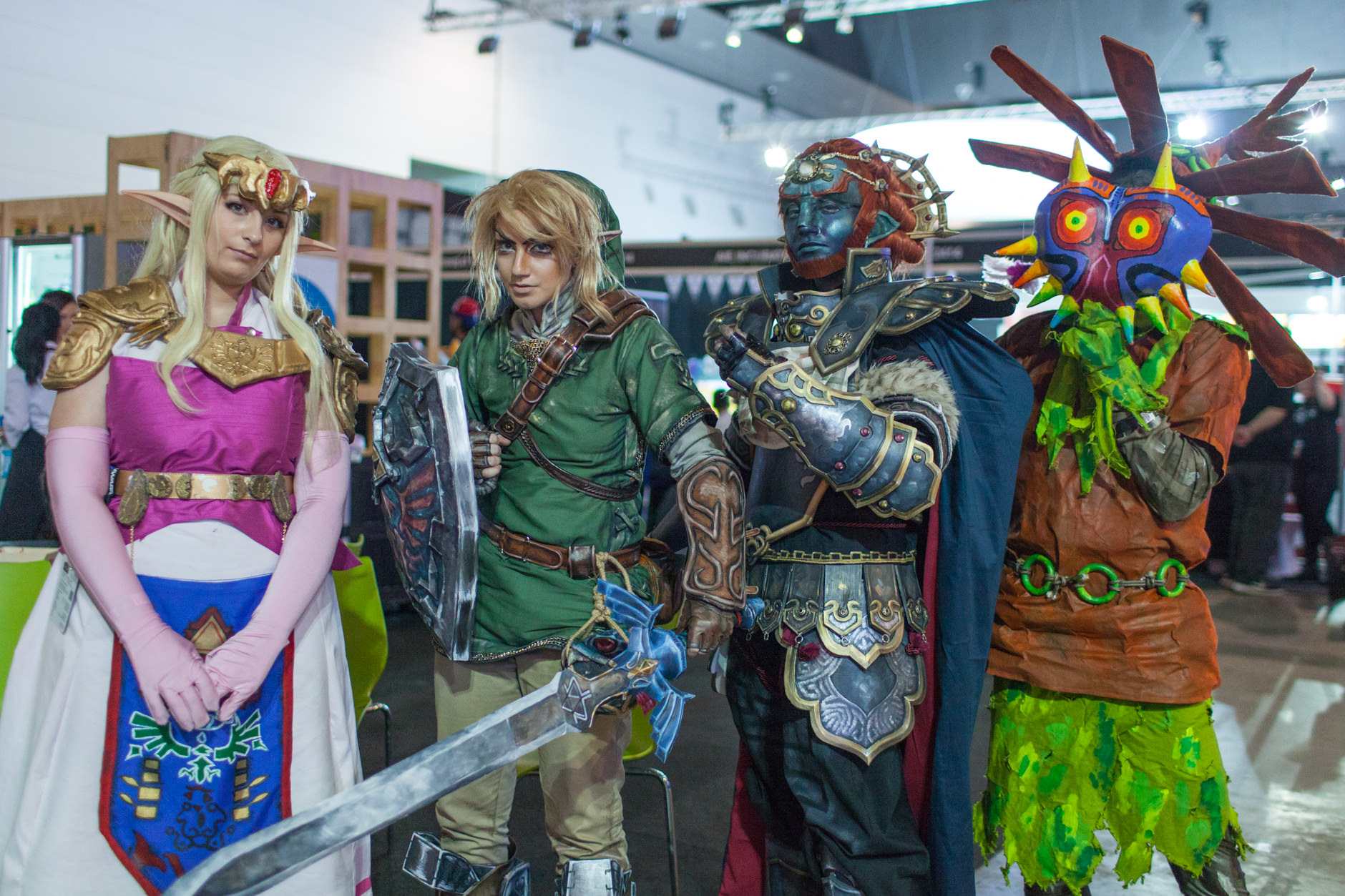 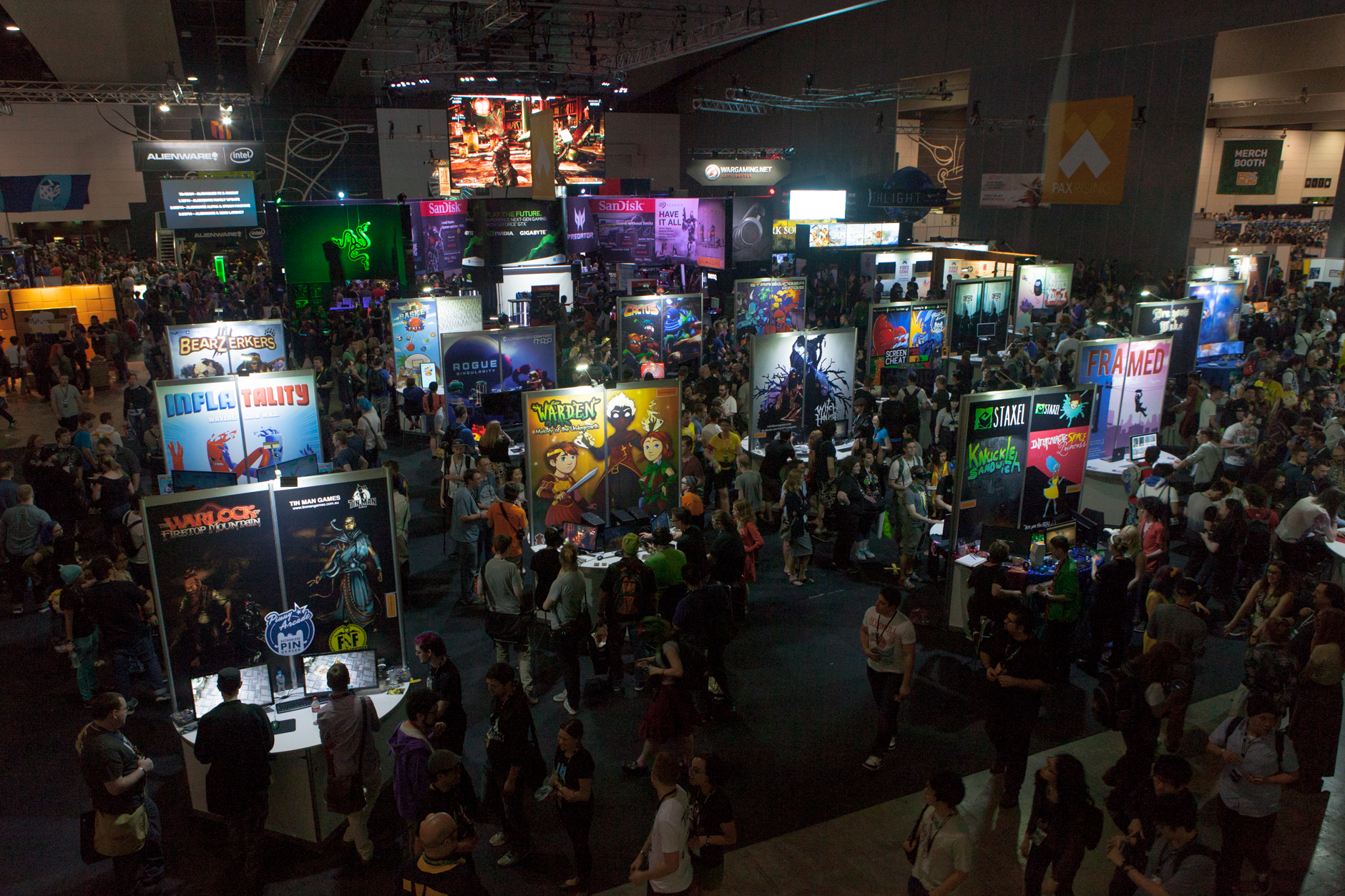 One of the best things about your PAX adventure is the friends you will undoubtedly make along your journey. Whether it’s taking time out in the handheld gaming lounge to recharge and relax or because you’re laughing at a running polar bear in Spanks, chasing after his stolen muscle powder. The friendships you make at PAX will last well past the convention.

PAX Australia 2016 will be held at the Melbourne Convention Centre from the 4th to the 6th of November. Tickets are still available on the PAX website, and for a chance at a free PAX Day Pass, be sure to check out our competition.

Have any tips of your own or advice you think we missed? Feel free to add them in the comments below. And don’t forget to shout out and say hello if you see us on the showroom floor.