No matter how many times we shoot them, blow them up, run them over, nuke them; zombies are just terrible at staying dead.

Capcom’s fan-favourite Dead Rising series bust from the grave with its fourth chapter, Dead Rising 4; which the Checkpoint crew got a hands-on feel at this year’s EB Games Expo.

Immediately picking up the controller and seeing the title screen, which echoes the sounds of zombies moaning, you instantly get the feeling that a total schnitz-storm is going to plow through every corner of the screen as soon as you press A.

For those familiar with the series and those who are not, you take control of the original series protagonist Frank West, a freelance photojournalist who survived the zombie outbreak at Willamtette Mall and Fortune City in Dead Rising and Dead Rising 2: Off The Record. Very little has been revealed regarding the plot of Dead Rising 4, only that the its set a year after the events of Dead Rising 3 and sixteen years after the original Dead Rising game. Frank West returns back to Willamette (goodness knows why!), during the festive season, only to get caught in yet another zombie outbreak.

The demo starts off with Frank receiving a distress call for all survivors to make there way to the Willamette Fire Hall, triggering the mission “Find the lost patrol”. It is entirely up to the player to decide what they want to do within the allocated 15 minute timer before the demo auto-resets.

Personally I wanted to just spend the entire 15 minutes just slaying zombies, however I also remembered I had to write an article and explore the demo thoroughly.

As much as I love the series, unfortunately I feel Dead Rising 4 is just a revamped version of the first two games. Gameplay feels the same: take photos to unlock rewards as well to help with story progression, the sinister military trying to mow down survivors in an attempt to cover up the governments involvement in the zombie outbreak, zombies going super saiyan after dark; it just feels overused. 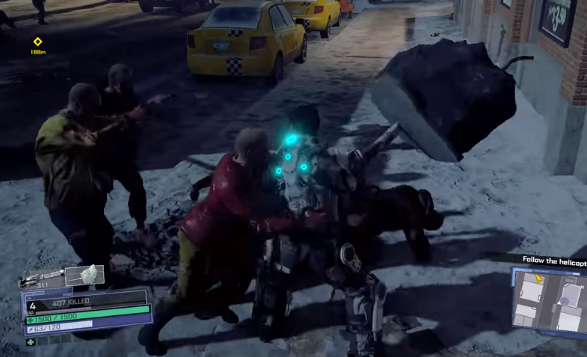 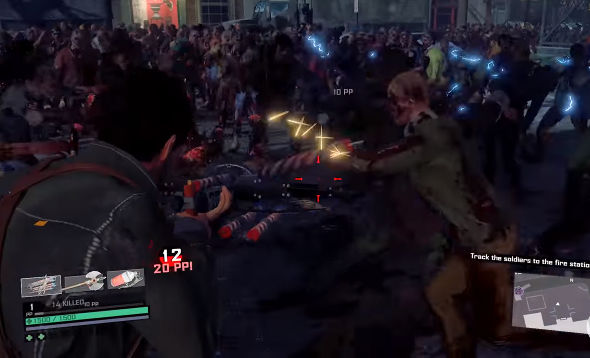 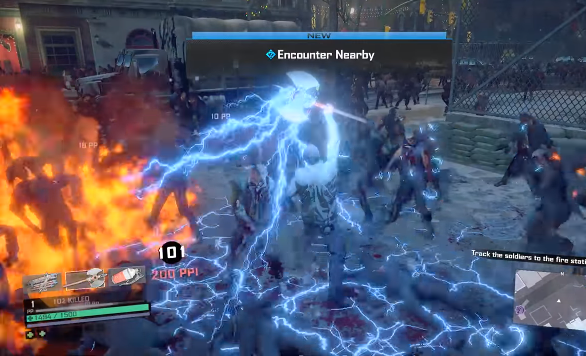 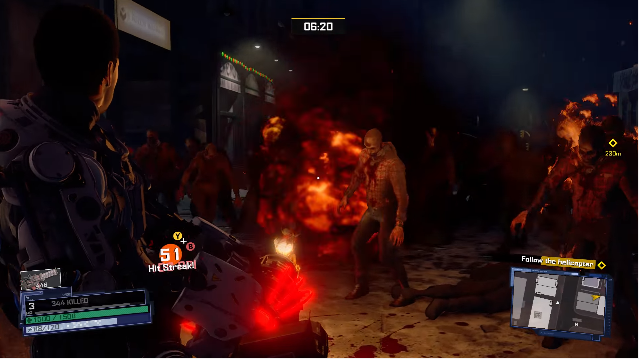 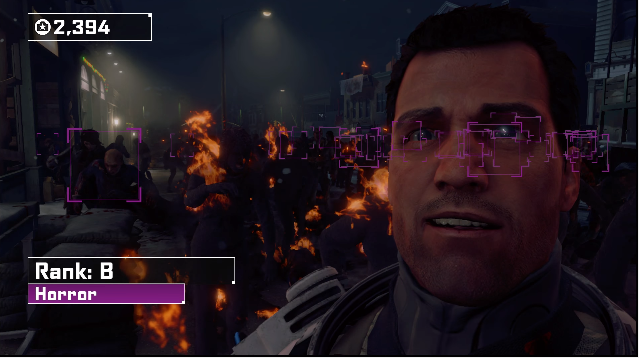 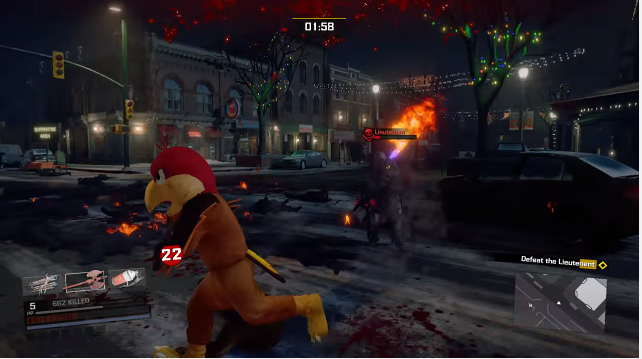 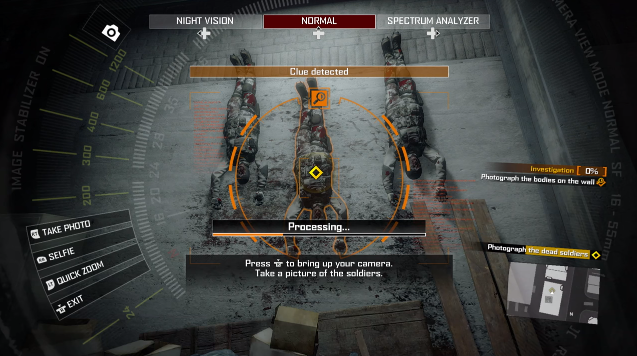 A couple of highlights to mention from trying out the demo: a whole new range of weapons have been added to the arsenal list.

My personal favourite would have to be the Exo Suit, which is a sort of tank suit that just obliterates and rips everything apart, the only downside is that after sustaining damage is does break. And you can’t forget the explosive candy cane crossbow, which  is a brilliant weapon that explodes upon impact.

Chaining combos unlocks the option to do a brutal finisher, of which each weapon possess it’s own. The electric war axe sees Frank summon Thor-like electricity, electrocuting his enemies before slamming the ground making them explode.

Although workstations were not present in the demo, they remain Dead Rising’s most highlighted piece of gameplay;  I’m already excited by the thought of seeing what invention recipes I can piece together in the final product. Fingers crossed a dirt bike with add-on rocket launchers, but then again I’m keen on making a go-kart that electrocutes and shocks enemies.

Some bigger news to drop in the mix: Dead Rising 4 will get rid of the 72-hour clock, which was a feature of previous titles. This restrained exploration of the game greatly and threw a lot of gamers off, which probably  saw them return the title back to their local game retailers. I sense that getting rid of the clock will greatly improve sales, as well as provide an even smoother  gaming experience.

The amount of humour and creativity that is put into this game is brilliant. Although it  may not provide new gaming mechanics, it’s still able to provide a unique zombie hunting experience. In a world plagued by the undead, crazed psychopaths and frightened survivors, just give me an Exo Suit and I’ll be out there on the battlefield.

Dead Rising 4 is set to be released in Australia on Tuesday 6th of December, so in the mean time be sure to check out the gameplay trailer of the playable demo action!