Jimmy: Walking around PAX 2016 it was easy to see that trading card games (TCGs) are perhaps more popular than they ever have been.  There are countless titles with household names such as Magic the Gathering and Pokémon leading the charge.  The rules and design of each vary considerably, with a common element being the need to buy countless booster packs to create an individual and powerful custom deck.

Jakob: I have to agree wholeheartedly with you there Jimmy, I was amazed to see just how much floor space was devoted to TCGs at PAX 016 (this being my first PAX). Aside from the household names you mentioned, we were given the opportunity to get a personal introduction and hands on with one in particular this year; Final War.

Jimmy: Final War is a new Australian TCG for 2-4 players that focusses on building an army to wage war against your enemies.  And put simply this game has the makings of a TCG classic:  detailed and beautiful artwork in a familiar fantasy style combined with tactical gameplay that does truly change from one game to the next.  Players choose a Warlord who is either a spell casting Elf (good alignment), a rogue/thief Guildmaster (neutral alignment), or my favourite, the Werewolf (chaotic alignment).  Make sure you protect your Warlord with items, heroes, units and fortifications, because once your Warlord dies, your game is over. 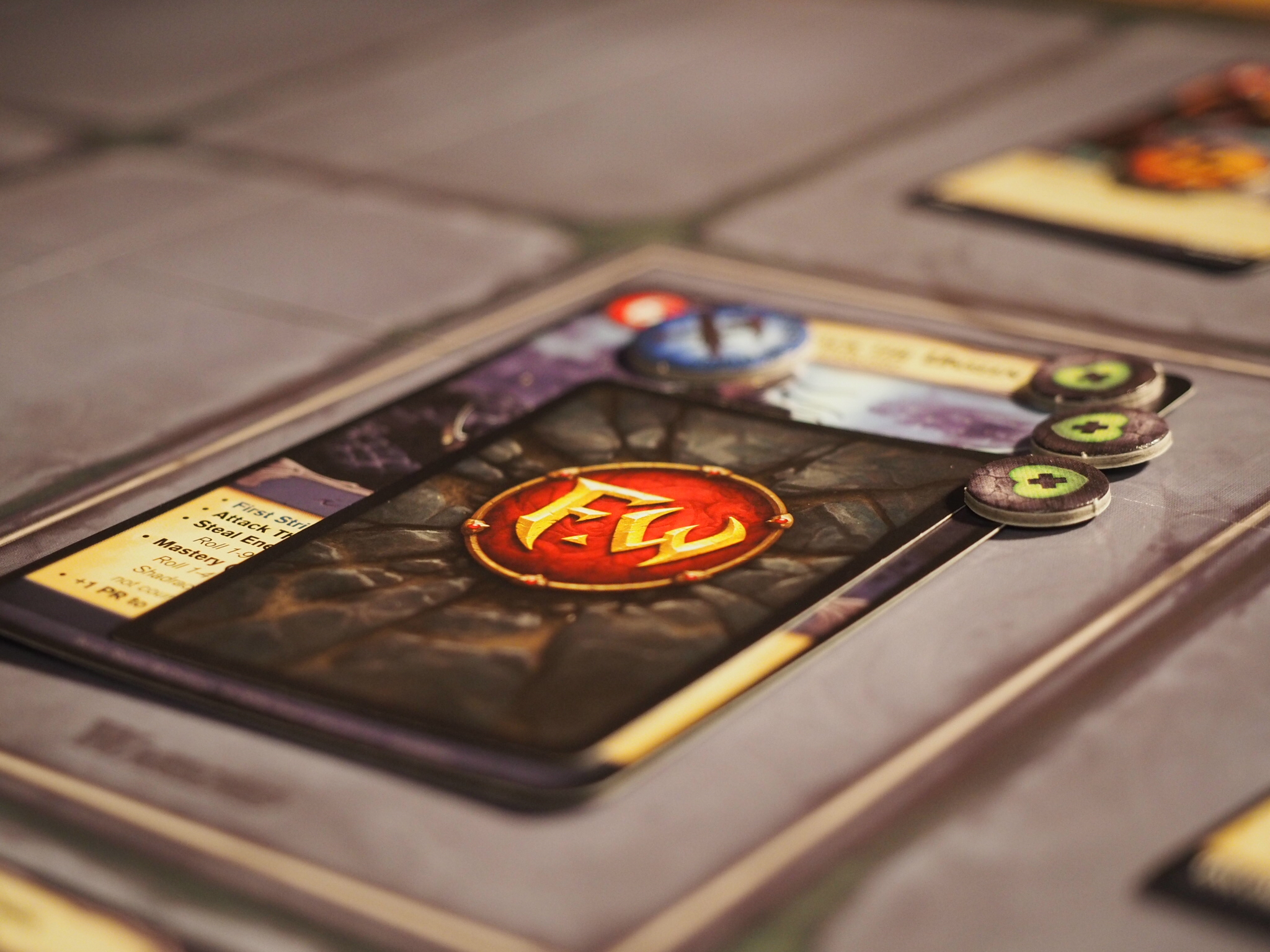 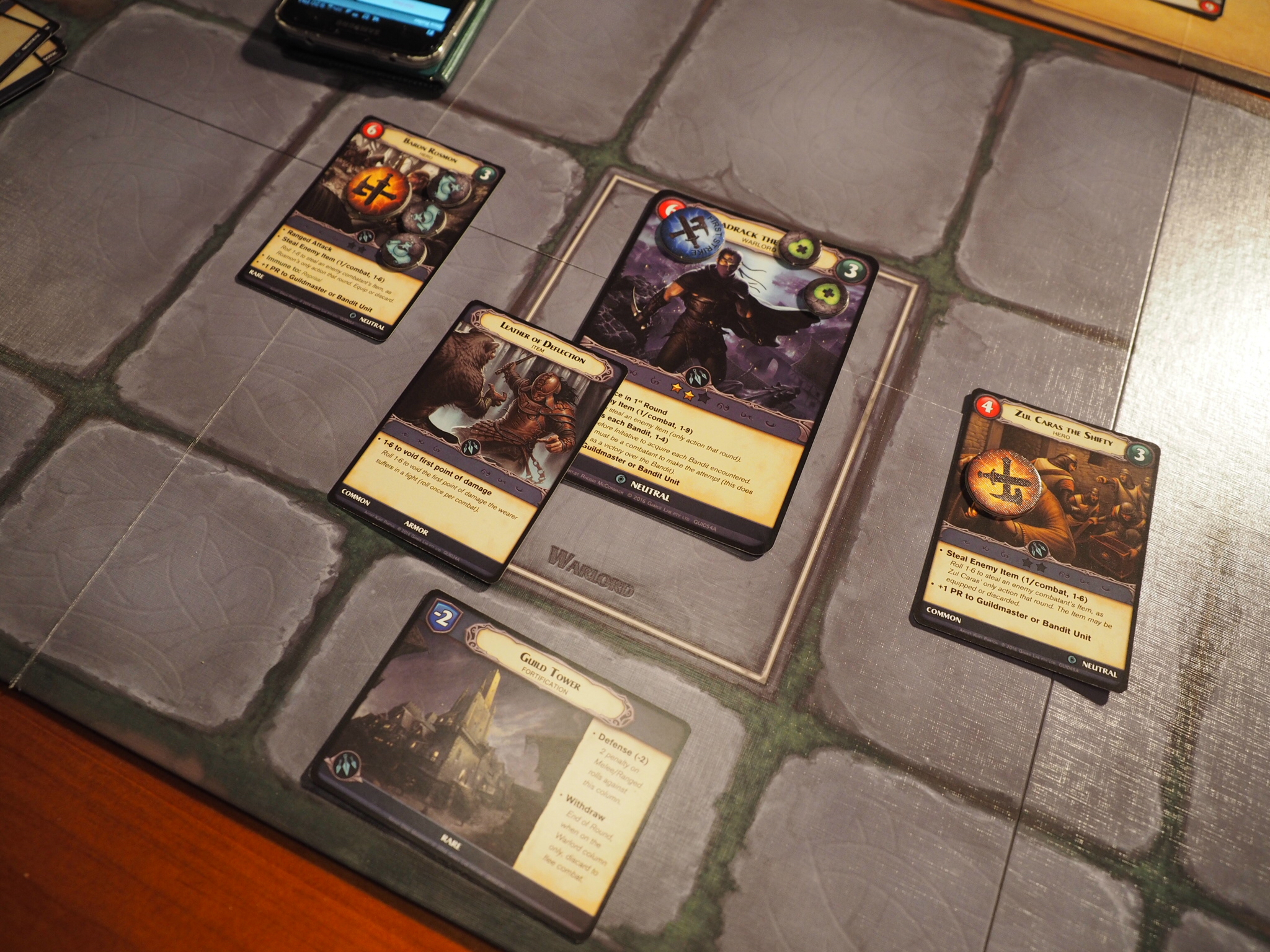 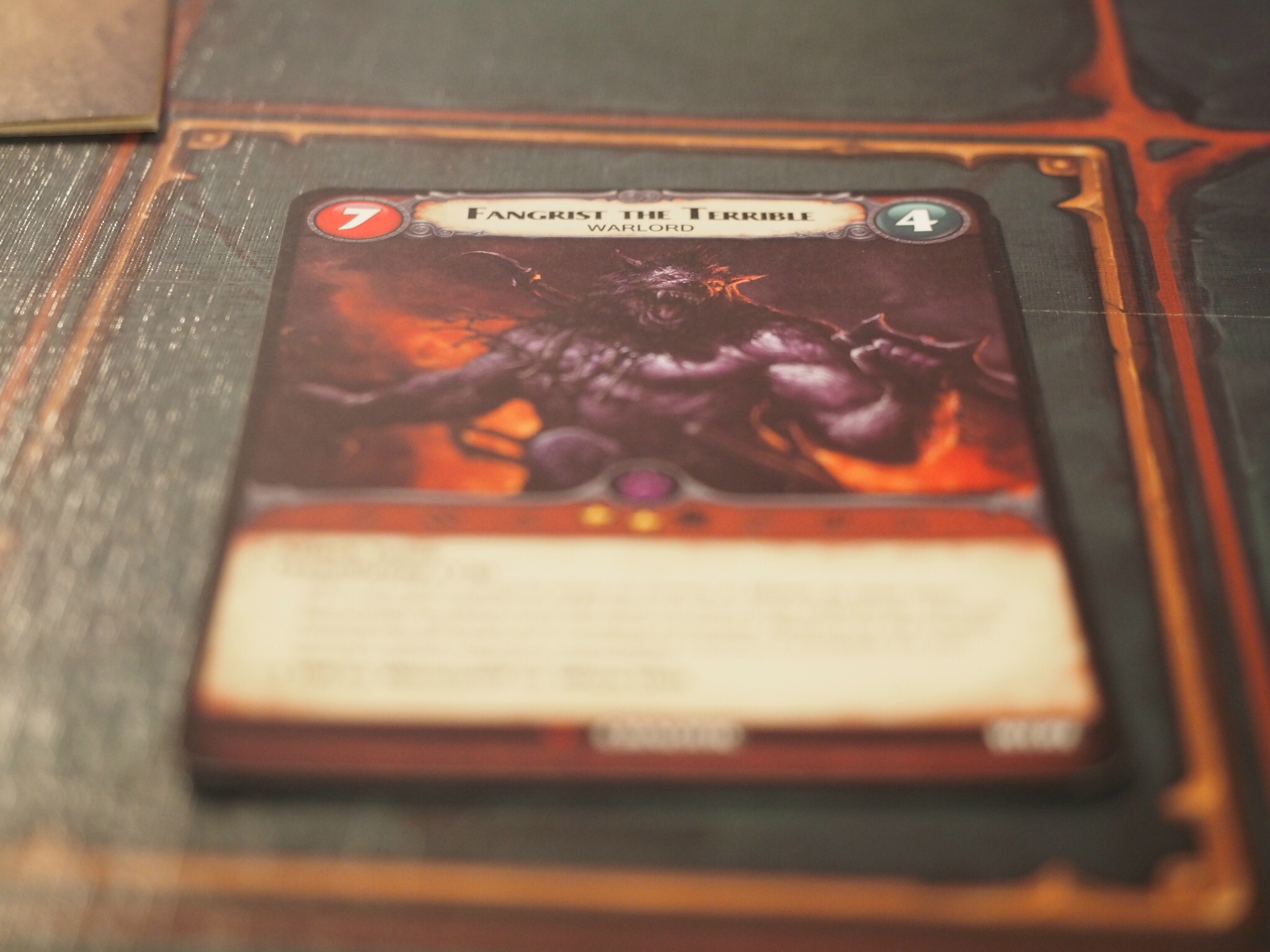 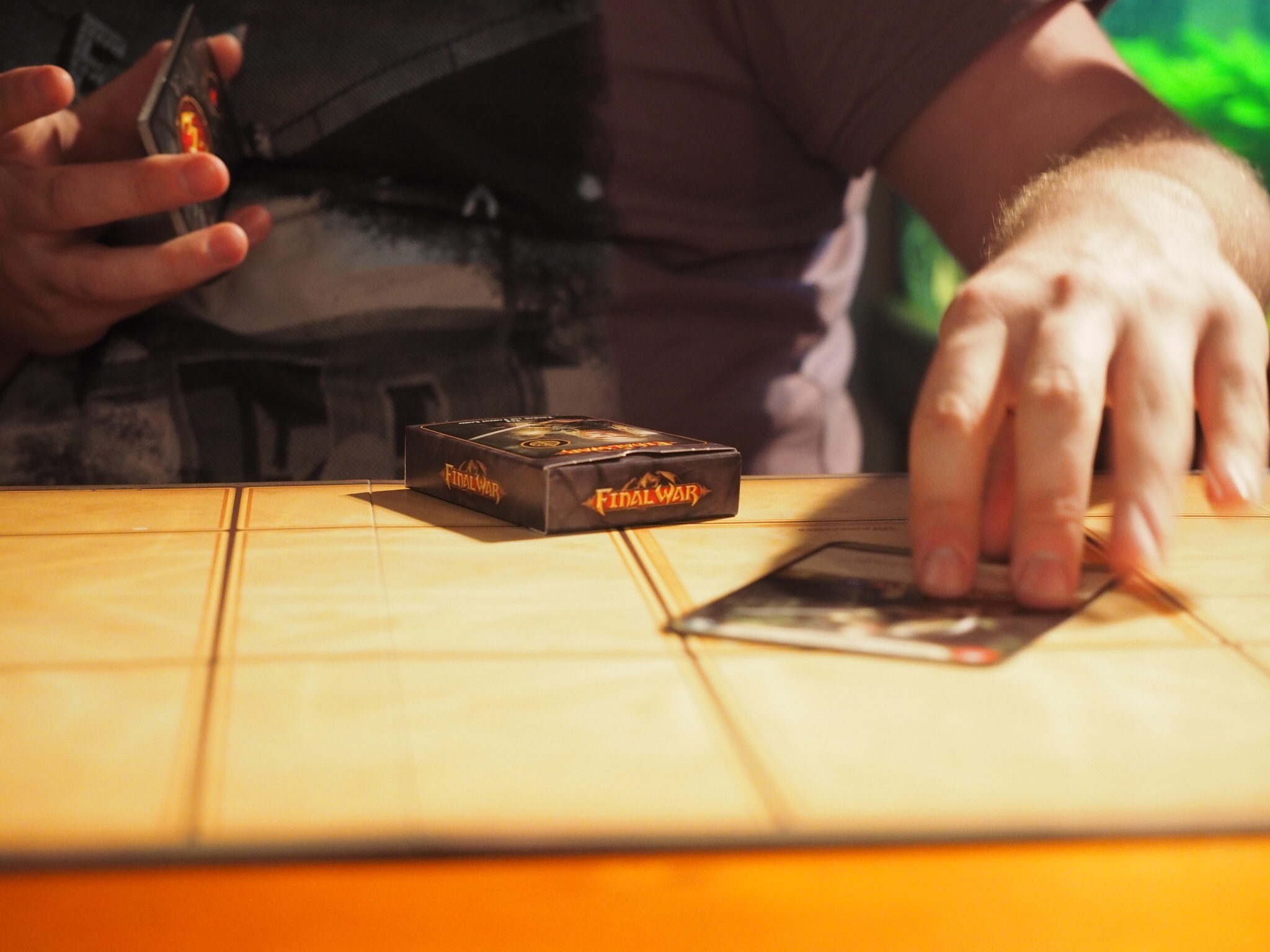 Jakob: This fantastic fantasy tactical TCG is set on the world of Gloren, which as Jimmy mentions, is beset by the forces of light and dark, and I love that this is reflected by the particular alignments of the three introductory races. Alongside your Warlord, you control a 50 card player deck that represents your forces. If you get a hold of the starter set, you are equipped with a fully playable deck from each race, and these player decks are then customisable with any booster packs/ any other cards you buy. Gameplay is moderated by a Fate Deck comprised of varying numbers of cards depending on how long you want a game to last, and 12 sided dice are used to determine success or failure throughout the game.

Lead Game Designer Ben Ellis: “I always had a desire to produce a fantasy TCG that would use a dice moderation and communal deck moderation, being very different mechanisms to games that only make use of individual player decks. The lore behind the game sprang entirely from my tabletop campaign, with Gloren and its intricacies, including the Elder Days universe, developing over a 25-year period. Suffice to say that there is a wealth of lore yet to be revealed!” 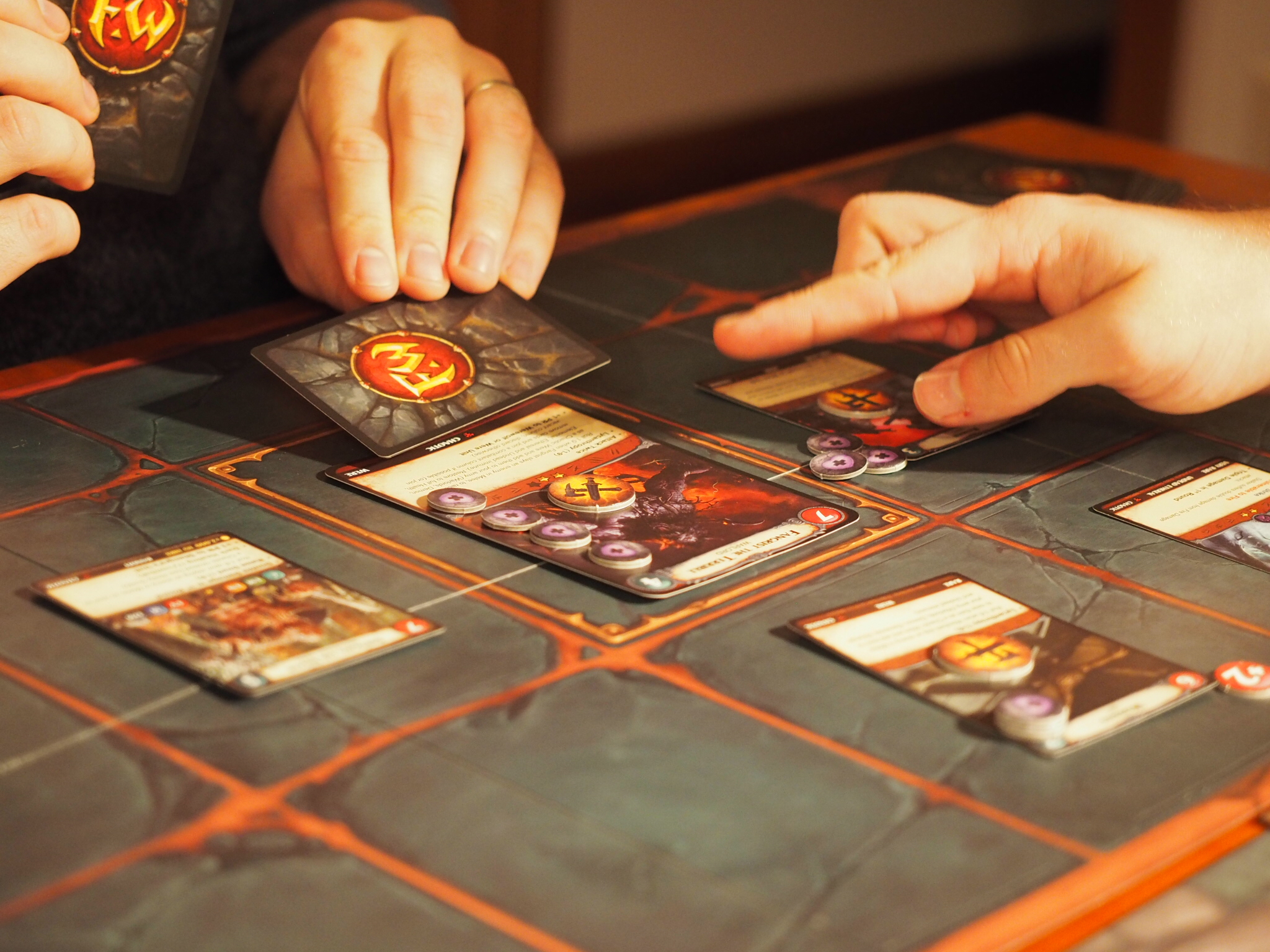 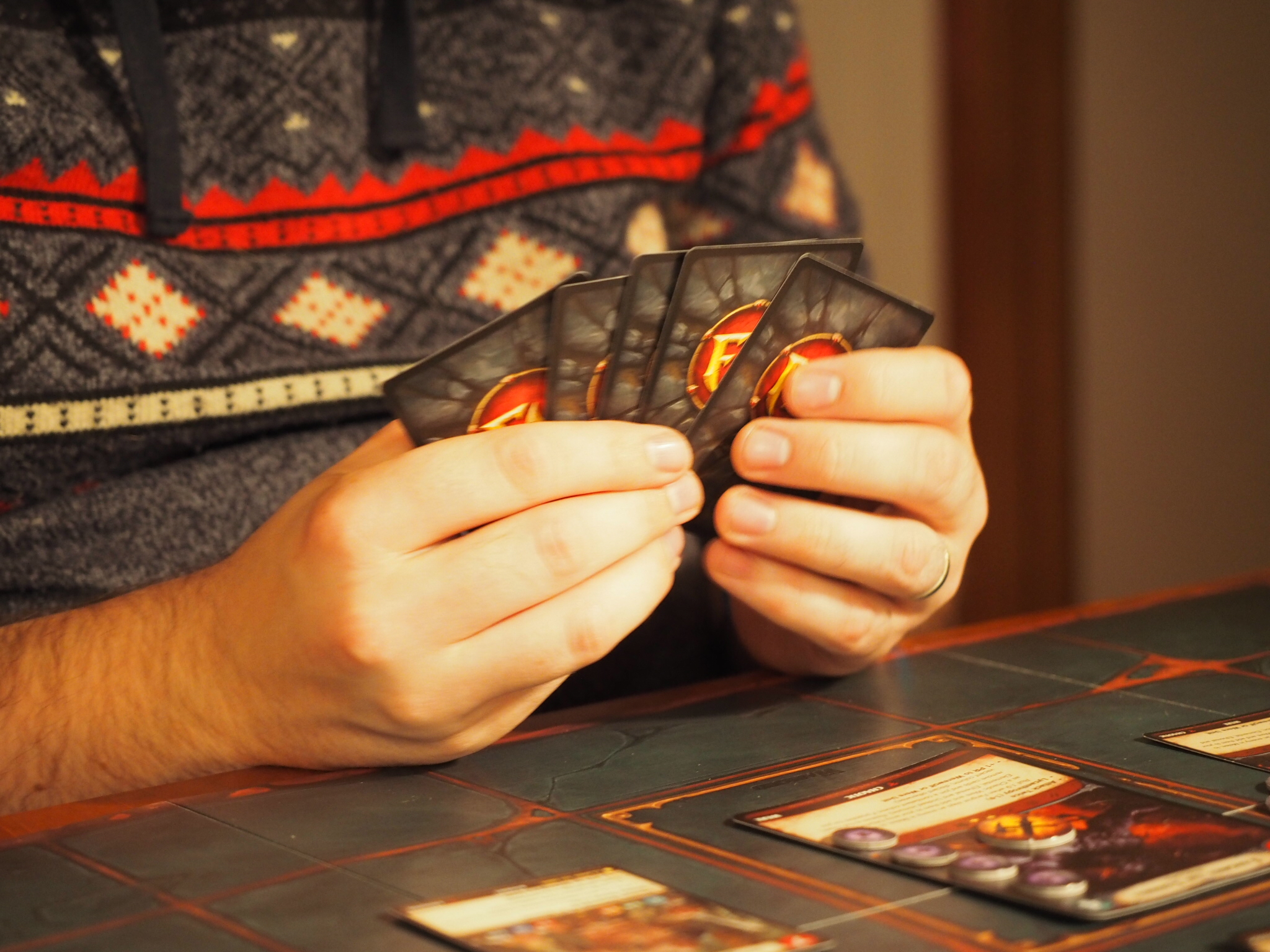 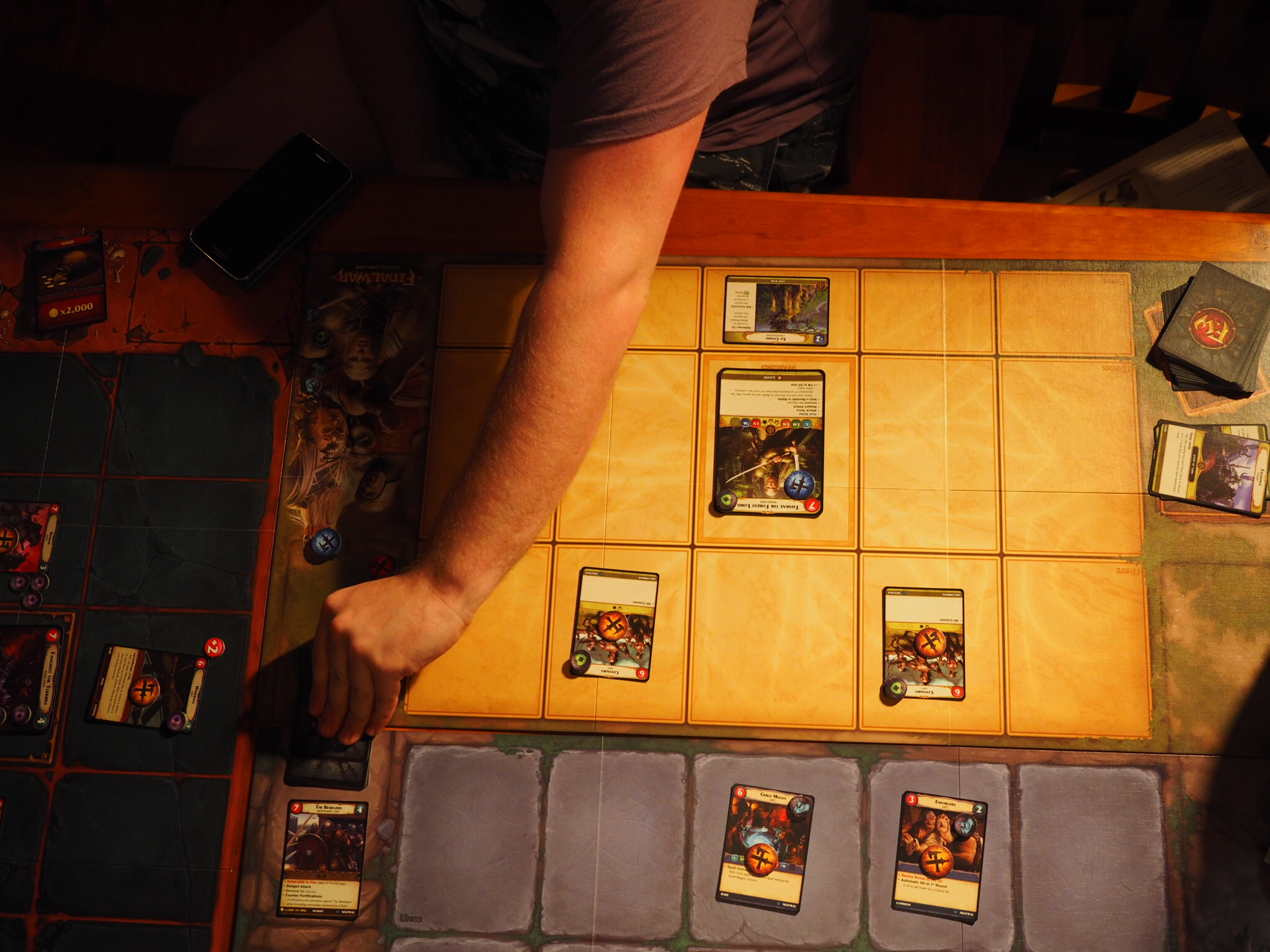 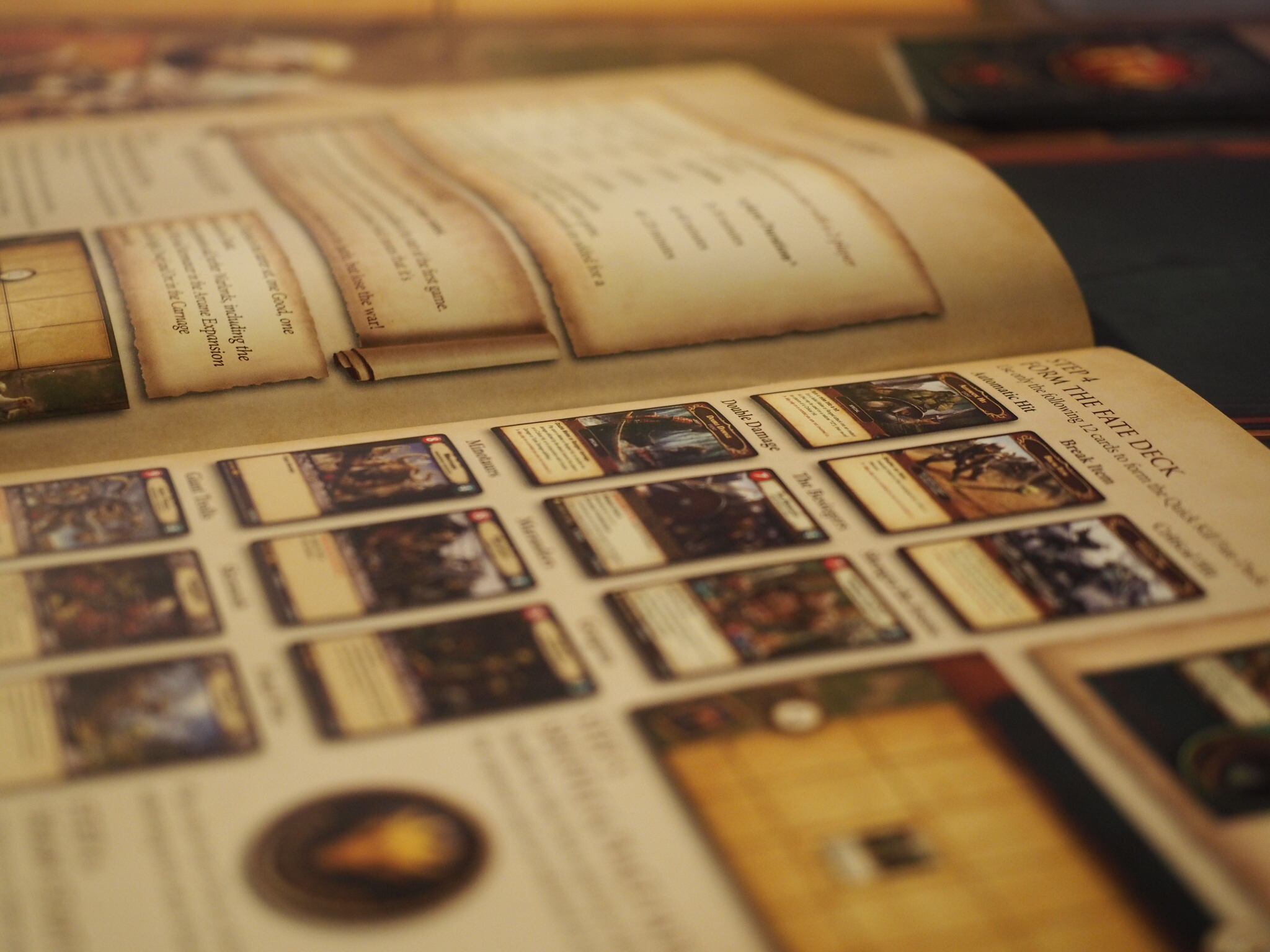 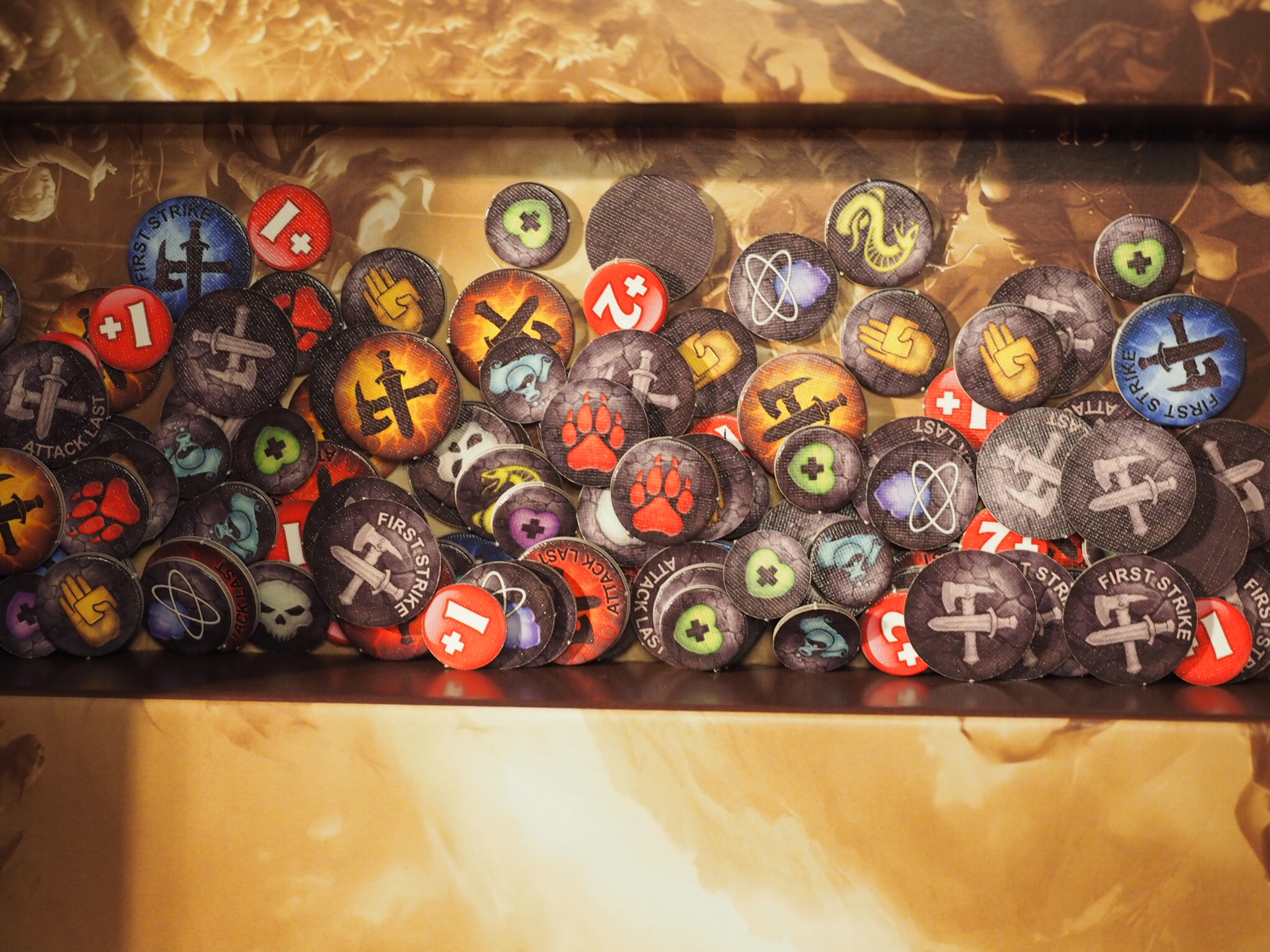 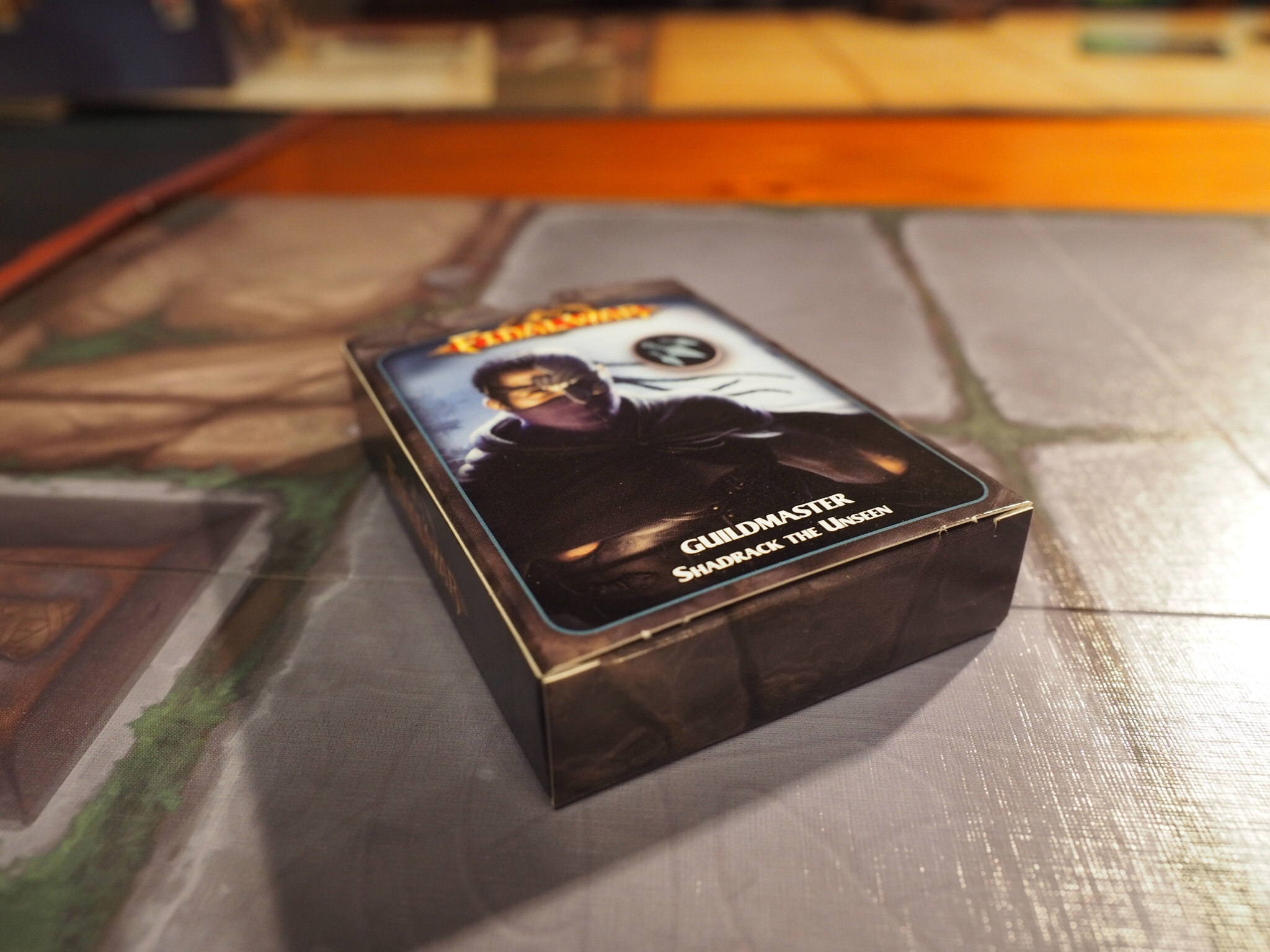 Jimmy: Perhaps the most striking feature of this game (other than the fact it uses dice and tokens for gameplay) is that each player uses a deck specific for their Warlord type, and each deck provided with the starter pack is balanced, with each card having significant value depending on the circumstances of each deal.  The inclusion of a Fate deck adds the sense of unpredictability to the gameplay and also adds an element of chance, with an encounter empowering your side with a mercenary or making life difficult with a monster.

Jakob: This had to be one of the standout features for me also, especially given how quick the 12 card Fate deck games were that we played. As soon as that Final War card was drawn it was time to get down to throttling your opponents, unless you managed to wipe yourself out against any Wandering Monsters that you set against yourself (which I did twice). I cannot commend the Final War team enough for shying away from the whole “more creatures = win” formula, there are cards that you will find and draw that will completely belittle this mechanic and turn the tide in your favour. The critical hit and instant kill mechanics also spice things up a lot, and you absolutely caned me with them in the second match we played against each other.

Jimmy: Perhaps the only downside to Final War is the lack of choice to a Warlord, and indeed those who wish to play as a female character or wishing to be different from the rest will be disappointed, and I would have personally included at least ten times the choices to ensure diversity and variety.  This being said, those wishing to become a Final War master should start playing now.  Six additional Warlords will be available in 2017 in the form of two expansions:  the Arcane Expansion which consists of a Wizard, Witch and Necromancer (the latter two being female!)  and the Carnage Expansion consisting of a Knight, Dwarf and Orc.  These expansions will ultimately decide on how successful this game will become, and it is not often when you can pursue a TCG game from its conception, and develop your strategy as the game grows and evolves.

Jakob: I felt that the lack of female Warlords was the only drawback for me too. As you point out though Jimmy, there are 2 Female Warlords planned for one of the 2017 expansions, and I expect that there will be more moving further than that into the future as well.

Final War is an amazingly well thought out addition to any trading card game fan’s repertoire, and the fact that this was created, designed and executed here in our own backyard just makes it even more appealing to me and a worthy cause to support. If you would some more info about Final War, you can head here to the official website, and show the team some love by liking their Facebook page here as well. This was definitely one of the highlights of my first PAX experiences, so a massive thank you to the Final War team for all their dedication and hard work.