Every now and again a game strolls on in and manages to take my breath away. The Artful Escape of Francis Vendetti didn’t just stroll in, it flew in on a neon-purple cloud of guitar-powered energy. Honestly, I’m not speaking in hyperbole when I say that Francis Vendetti was the best thing I found at PAX Australia this year.

After playing a demo of the game and interviewing the developers  at this year’s PAX AUS, I’d describe The Artful Escape of Francis Vendetti as a narrative adventure / audio visual journey / platformer / rhythm game. It really does bring a lot to the table and it excelled in captivating me in ways I couldn’t have ever expected, even after watching the game’s trailer.

The Artful Escape of Francis Vendetti is developed by a small, Melbourne based team called Beethoven & Dinosaur and it also happens to be that team’s debut release. What’s so impressive about the game is not just the stunning visuals, not just the perfected sound design and not merely the engaging adventure; it’s the way all three of those aspects unify to create a cohesive unit that is richer than the sum of its parts.  All three aspects support and work together whilst simultaneously supporting the game’s core gameplay mechanics. The sound and visuals intertwine in moments of breathtaking audio/visual triumph, the game’s journey is heavily musically oriented and the gameplay mechanics mold beautifully with the sights and sounds around you; whether that is strumming a sick guitar solo for extra hang-time while platforming or playing a game of musical Simon Says with an otherworldly oracle.

The Artful Escape of Francis Vendetti has players assume the role of Francis as he seeks musical enlightenment and embarks on a multi-dimensional journey to uncover his stage persona. The journey is whimsical, alien and dauntingly outlandish but I’ll be darned if its not inspirational.

Even within a mere demo of the game and a chat to the developers, it became clear how wonderfully entrenched they were in this hybrid world of game and music. The theming of Francis Vendetti was so intricate and well thought out that it made me care about Francis’s journey in ways other games aren’t able to. Have a read of this quote from their webpage and you’ll see how much the developers just get it.

“The Artful Escape of Francis Vendetti is about the worlds of wonder and intrigue artists can create around their core medium – not David Bowie’s music, but the androgynous science-fiction character he envisioned to perform it – not Andy Warhol’s art, but the cultural hub he created within his Factories – not Daft Punk’s vocoded electronica, but their faceless robotic personas struggling to understand humanity. It’s about looking at image, story and marketing as something more than necessary additions, but something that can be as creative and thoughtful as the art it elevates.”

The visuals of the game are also stunning. Using art inspired from 1960’s, psychedelic music videos and bold and powerful colours that somehow don’t clutter or become visually overwhelming. The way purple hues streak across your screen commands attention and the way light sparkles through the tree-tops and bounces off wet surfaces is seriously awe-inspiring. More than just visuals, the game also has an incredible soundtrack which you can tell was a massive focus point for the game. During my play experience I also discovered surprisingly witty and engaging writing that according to the dev’s, alters the outcome of your stage persona depending on the dialogue options you pick. 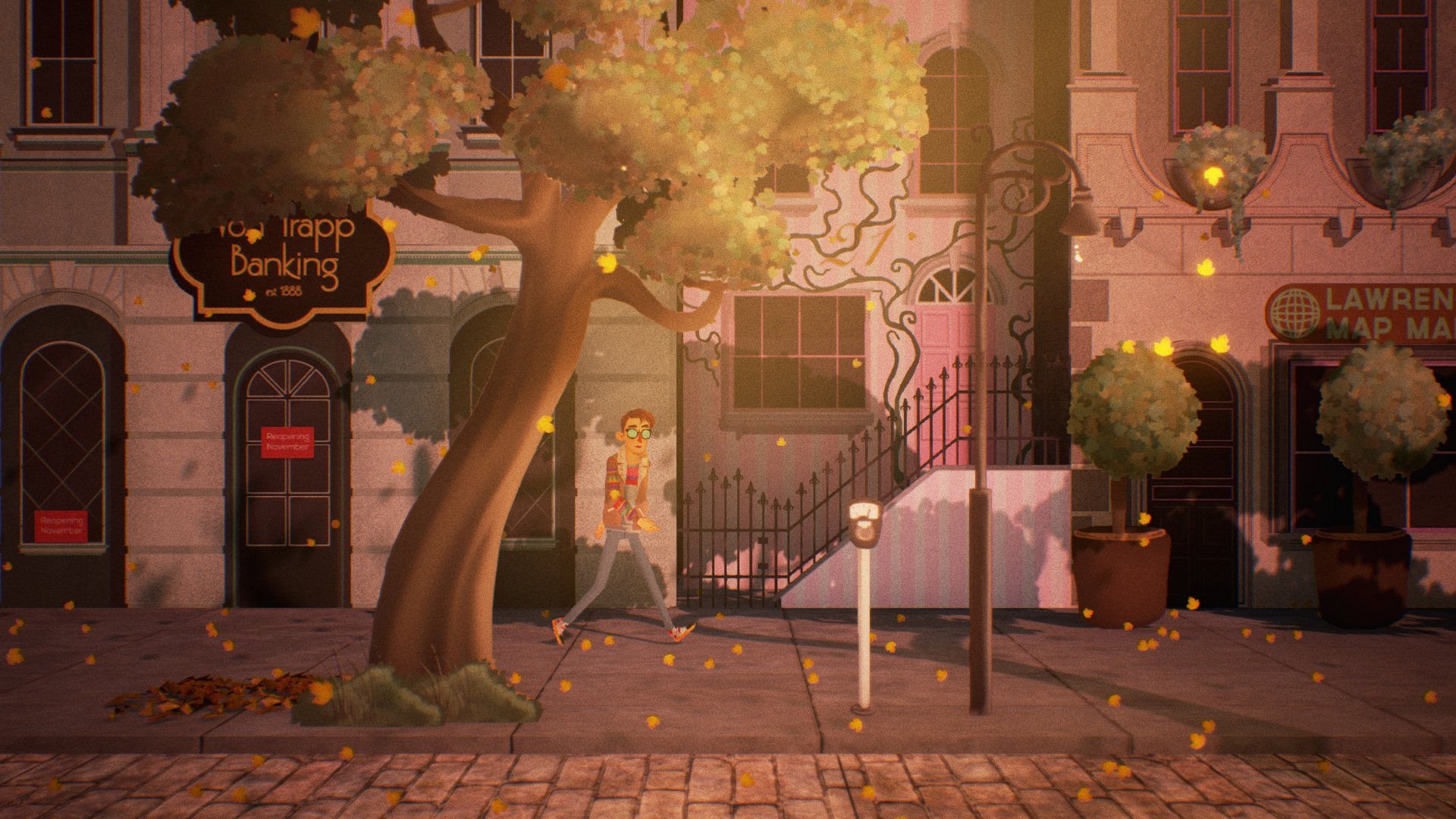 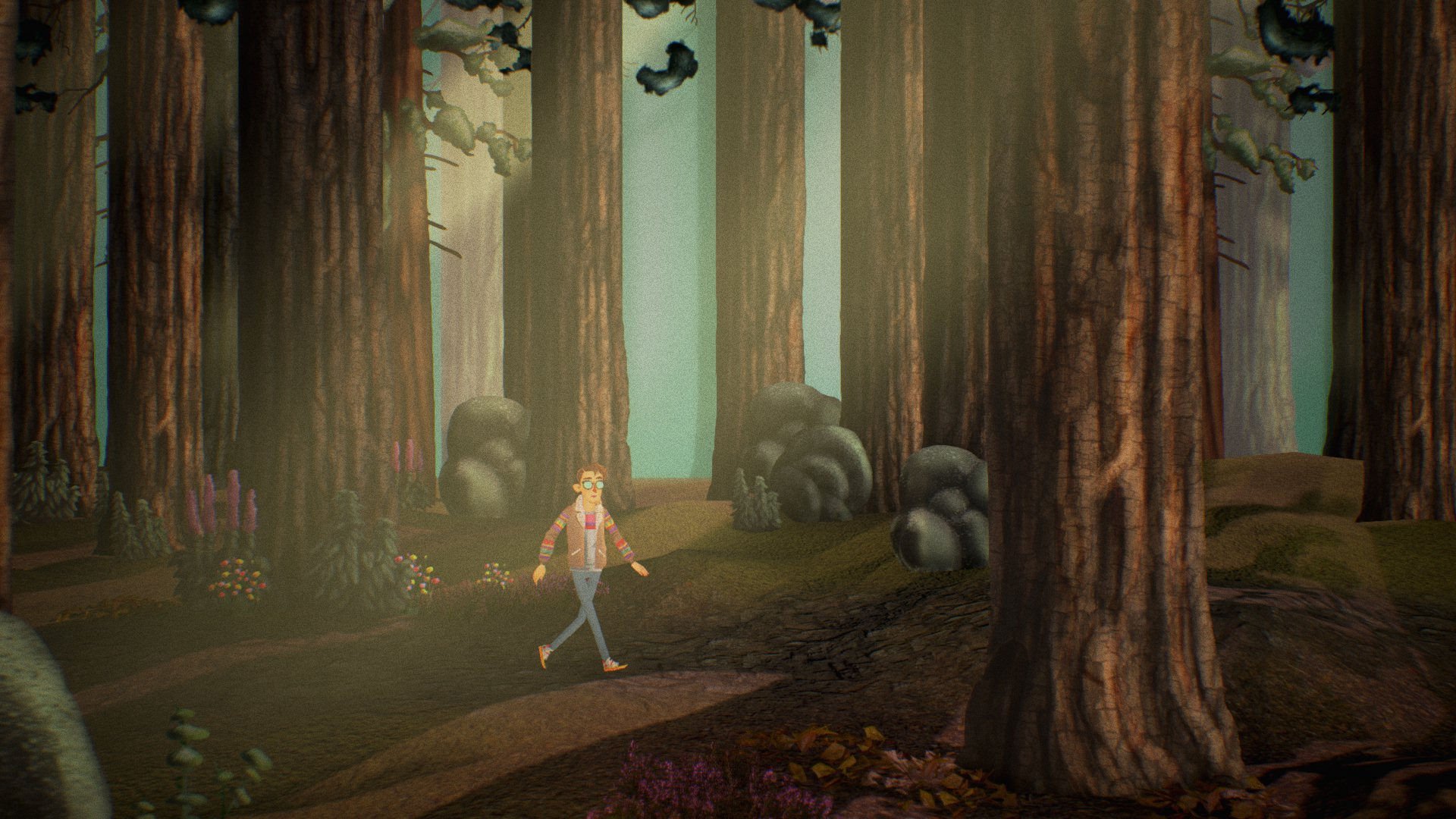 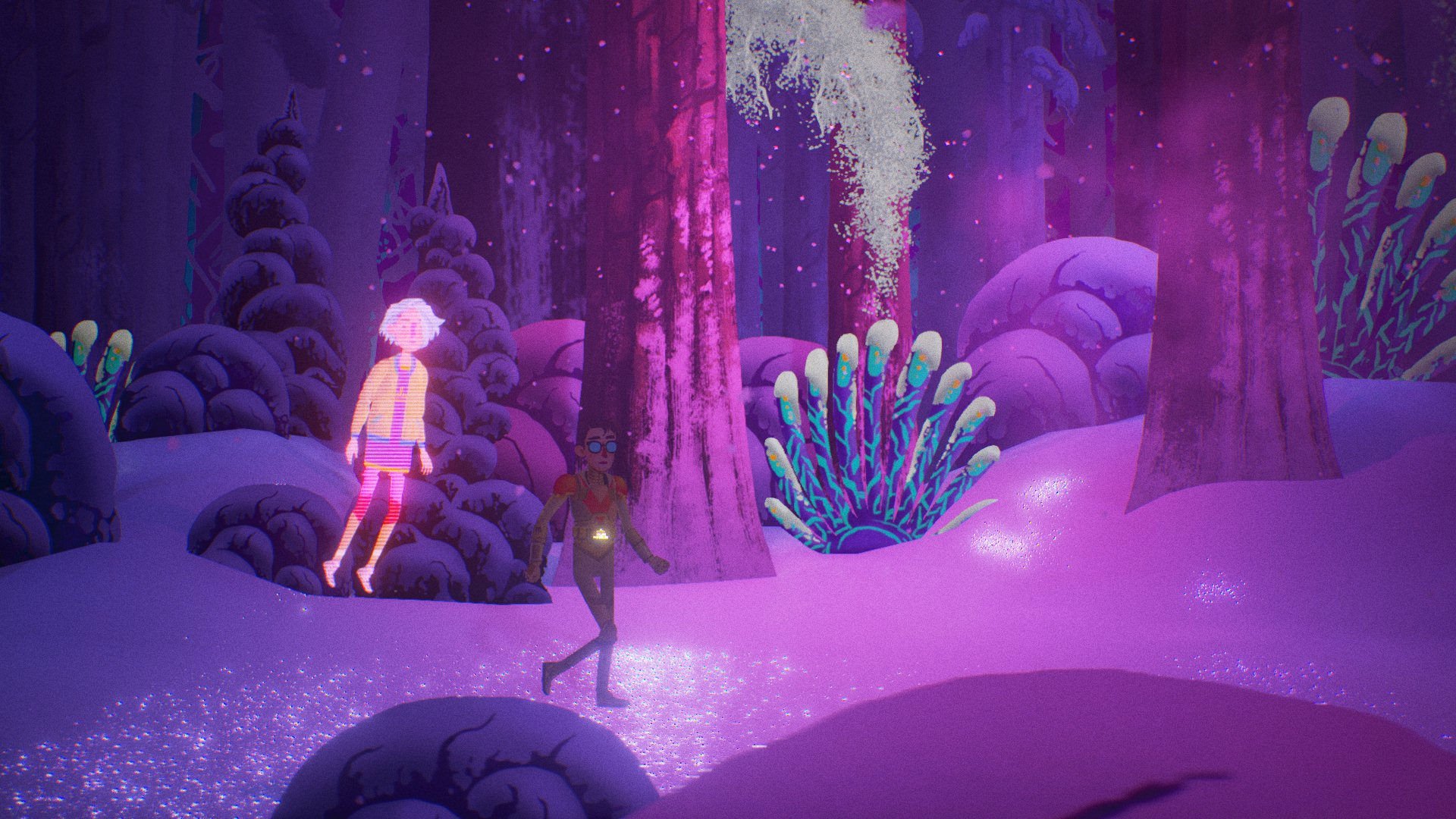 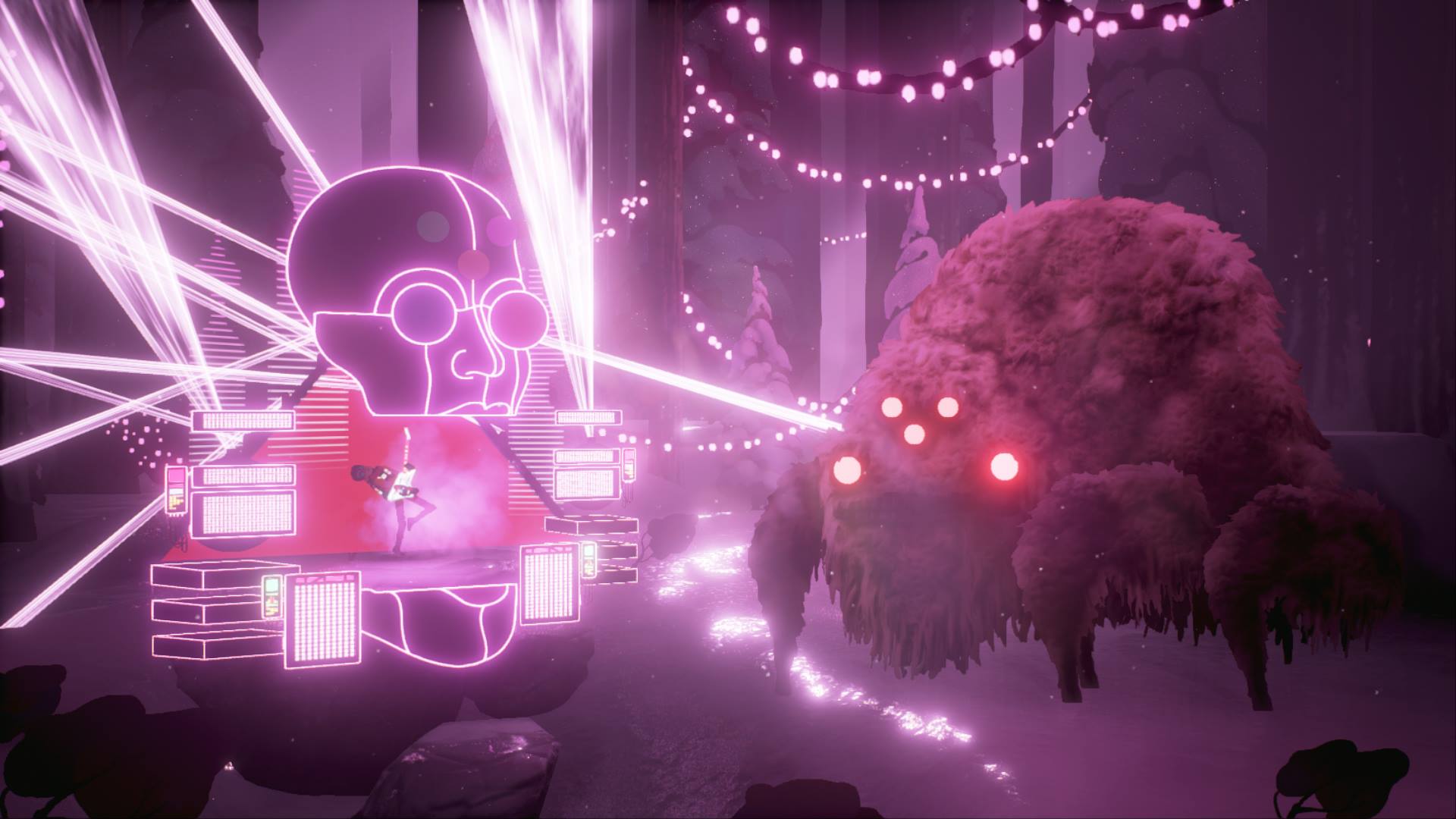 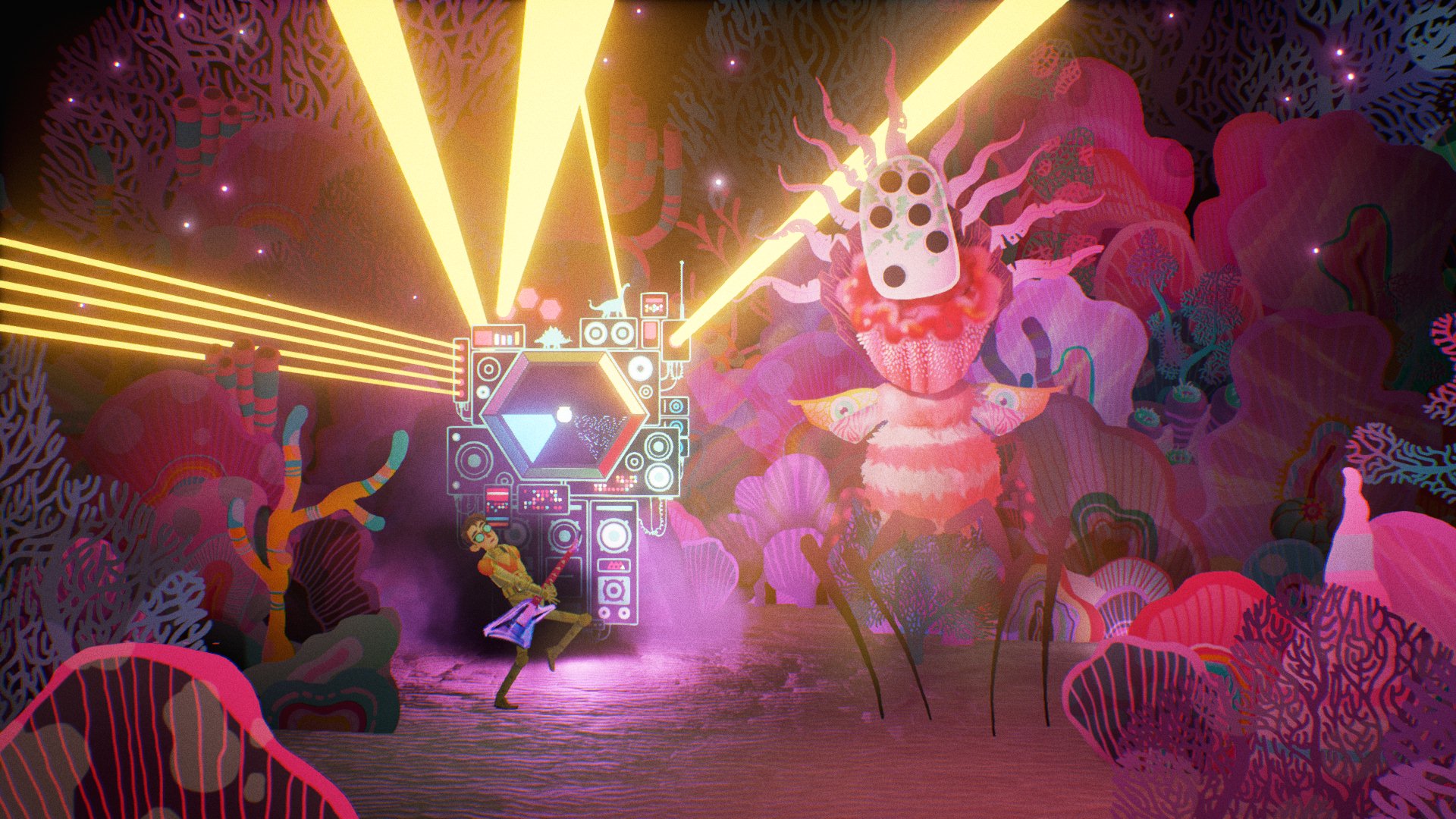 Ultimately, The Artful Escape of Francis Vendetti is a game that has to be seen to be believed. It permeates life and personality and it creates an experience that really can’t be compared to anything else. If the full game is even half as good as what I played in the demo, then we have a seriously fantastic project coming our way. Arriving on PC and MAC (for now), the game has no official release date yet but hold tight because more news may be on its way shortly. You can also find out more information from the game’s website.

Are you ready to join the ranks amongst musical legends?