Spring has well and truly sprung and BrambleLash has sprung right along with it. Displaying their game in two booths this year, located on the PAX Rising floor as well as the XBOX booth.

BrambleLash is the debut game and brain child from new development studio ByteSprite; a spritely multiplayer co-op game with tactical team-and-swap strategy. In BrambleLash enchanted plant sprites work together to defeat slimy invaders in a beautifully designed whimsical setting full of glimmering shadows. With multiplayer fun at its core, you play alongside up to four players to overcome the slimey swarms and beat the bosses in adventure mode.

Helpless on your own, the game instantly promotes teamwork, however the lure of betrayal is soon discovered and you may find it all too alluring to turn to the dark side on your “fellow” team mates. To start you join your thorny tether to your friend’s, making a team of two to mow down enemies with the titular bramble lash. Your goal is to destroy enemies and assist each other to avoid a lonesome squishy fate. Succeed as a team, or fail alone!

I had the honest pleasure of playing BrambleLash at PAX AUS this year and last year, and with some great new visual features implemented from their debut last year its clear to see that ByteSprite have been hard at work. From the moment you start the game you know you’re in for multiplayer fun on a scale which is not normally on offer outside of large, big-bash party style games. 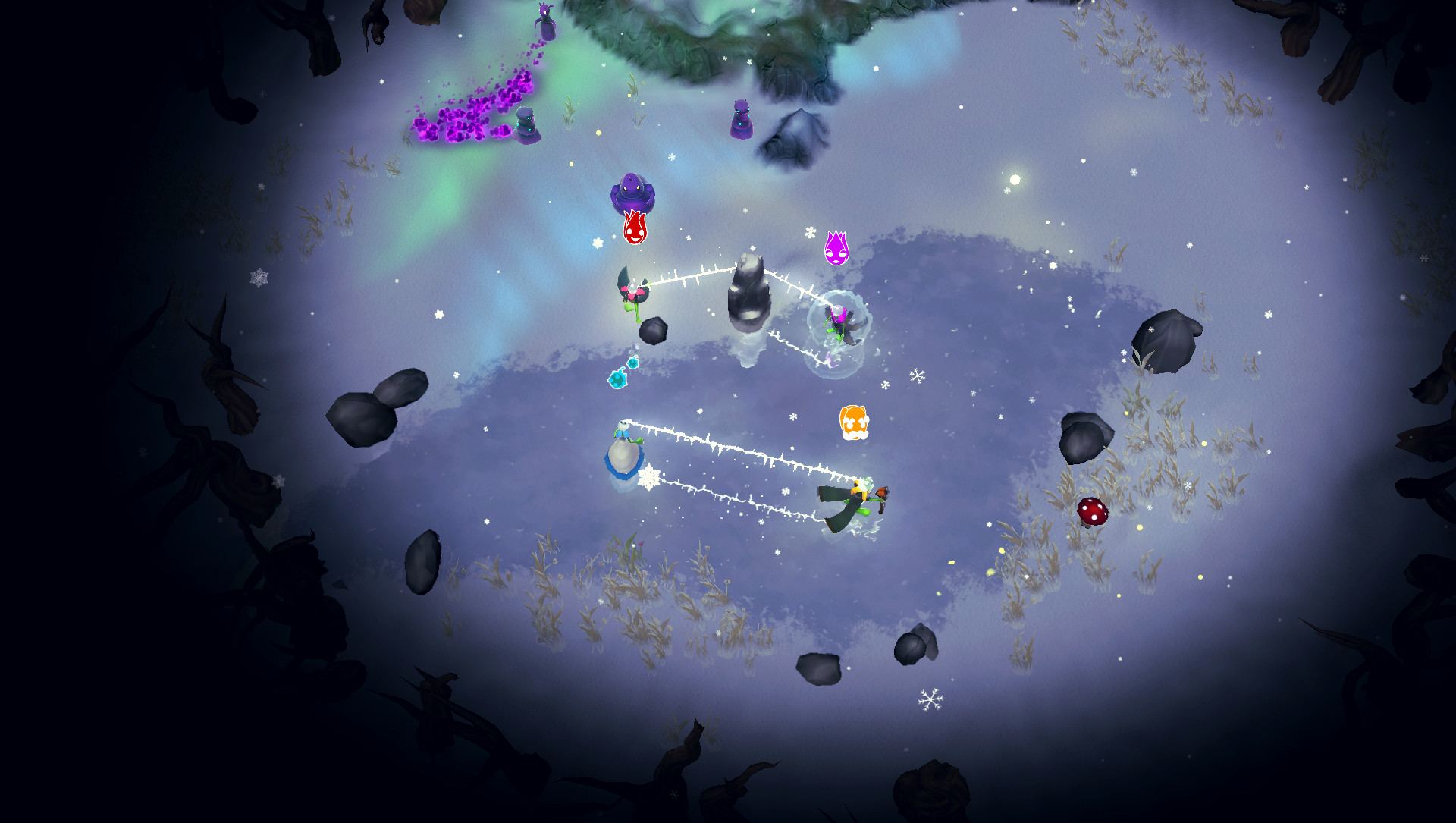 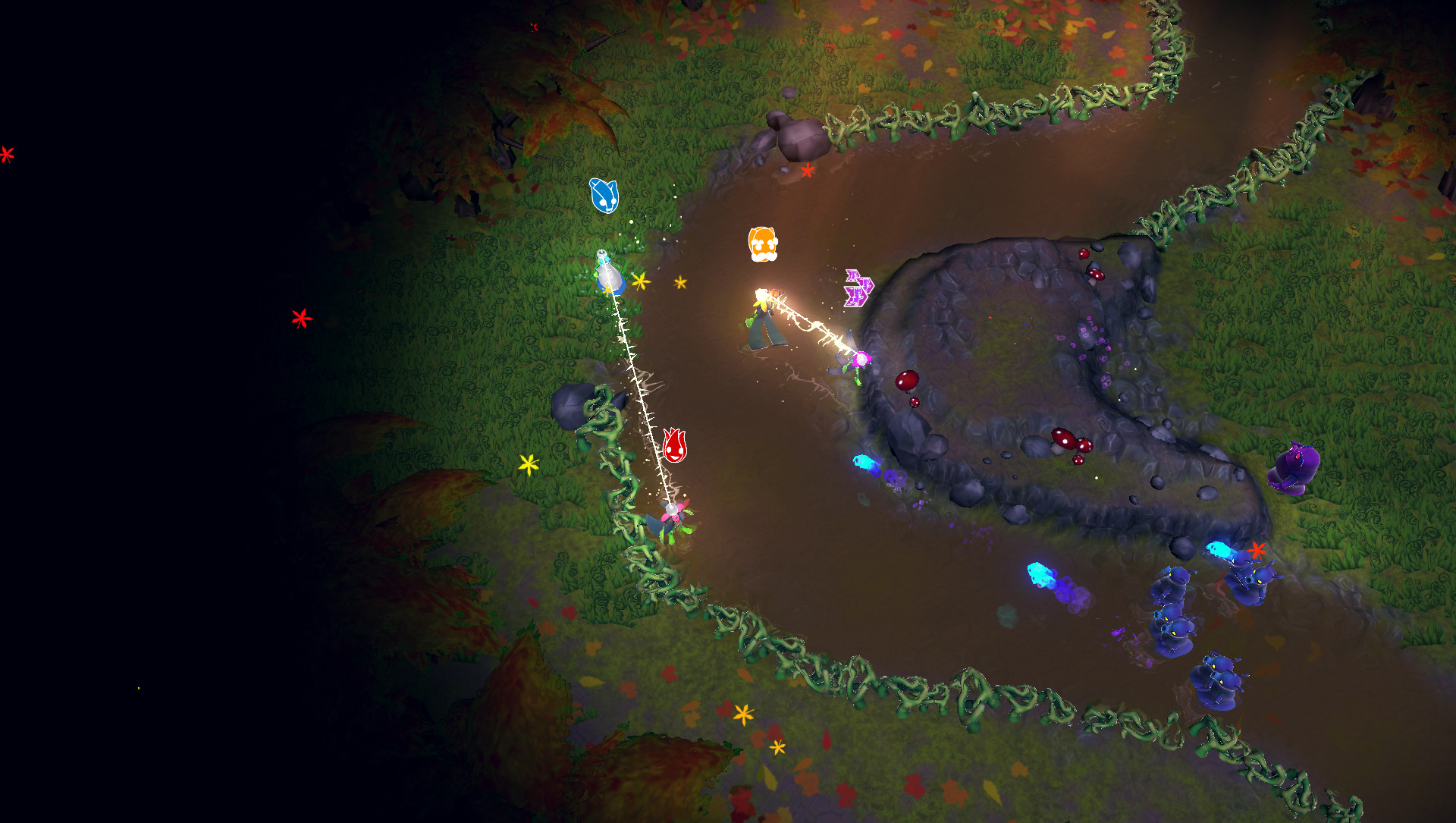 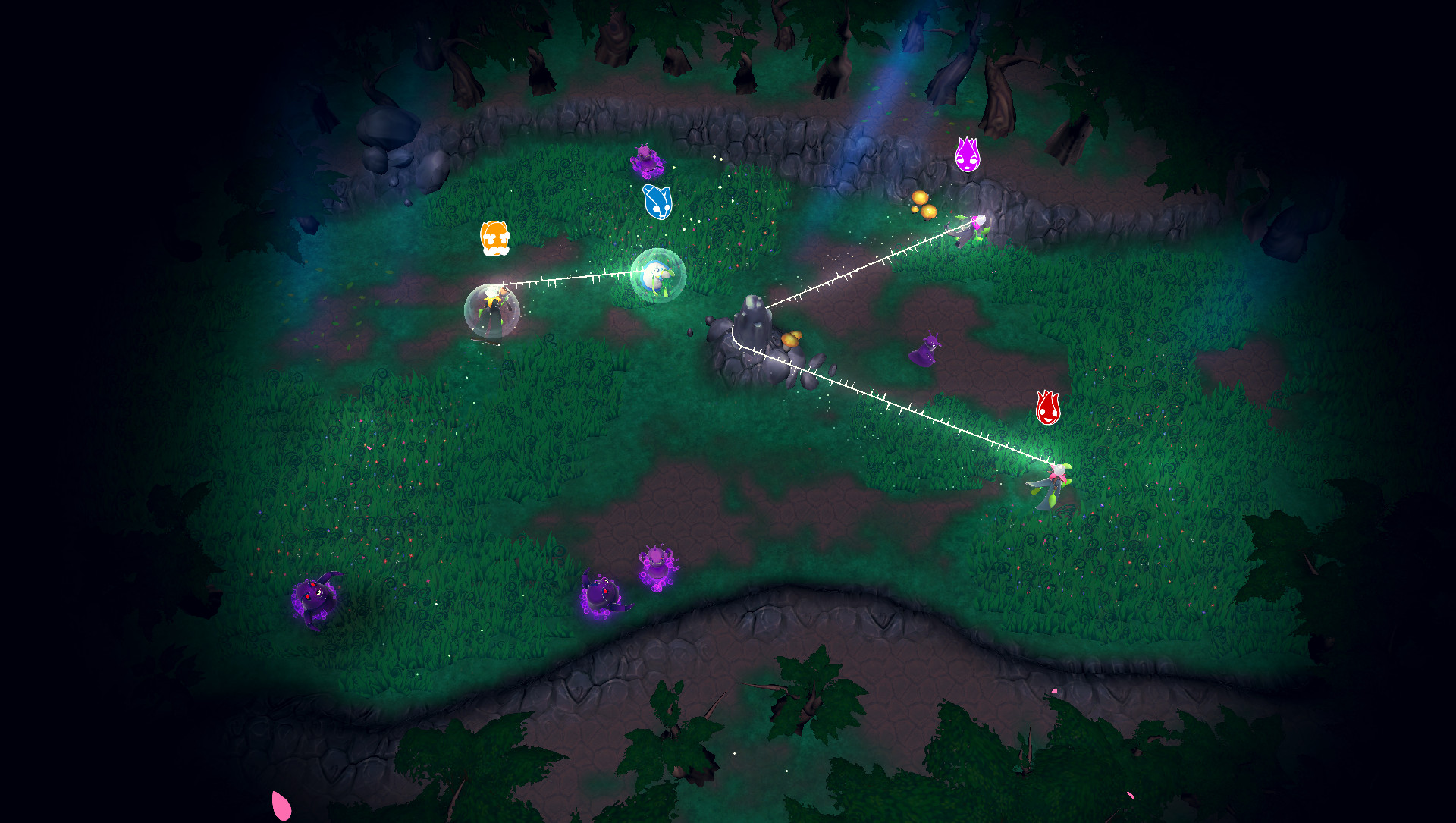 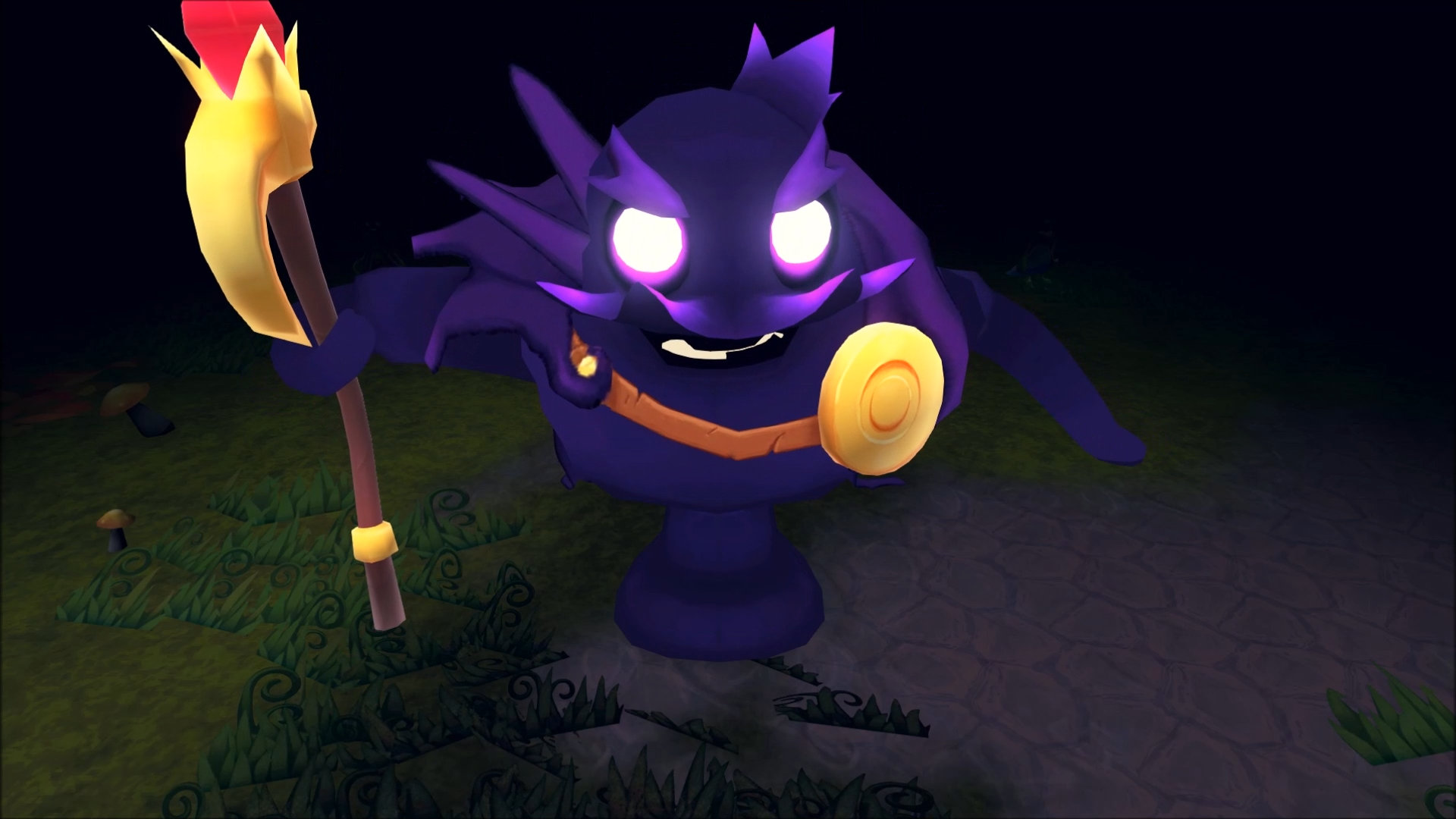 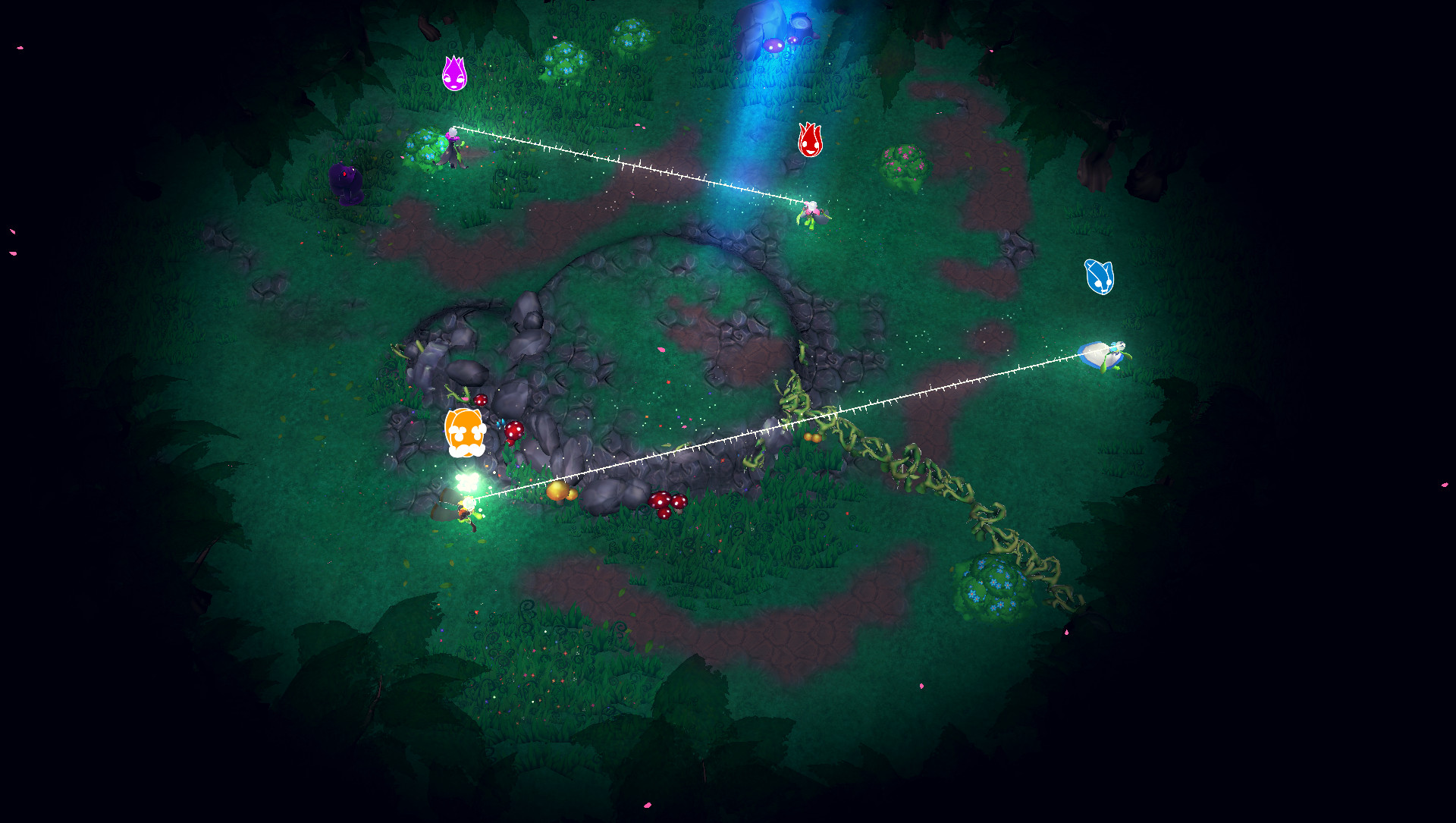 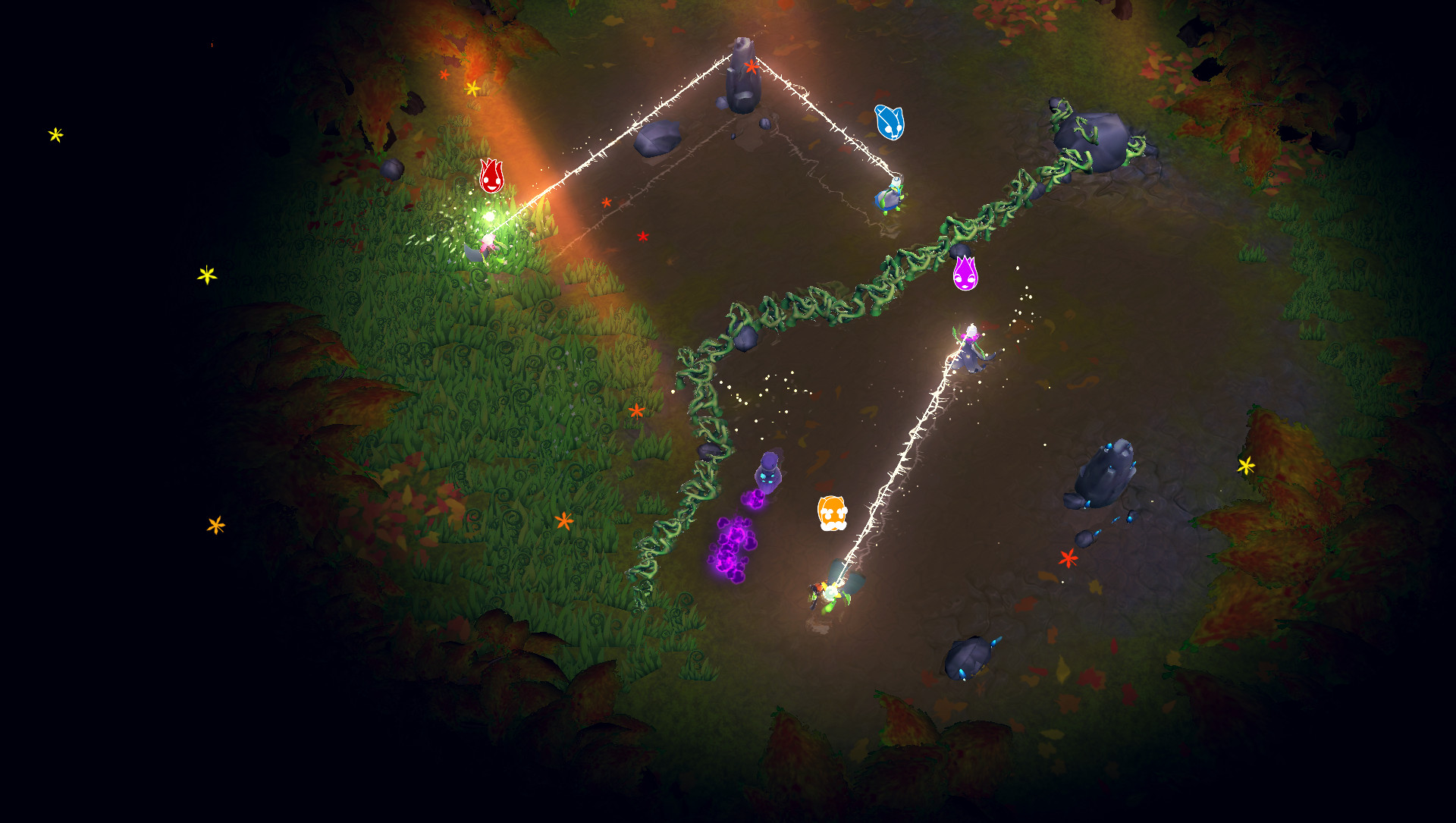 Once you are tethered to your partner the fun begins, you must use your bramble tether to mow down the slimey invaders. The more invaders you mow down and the more points you get, but in the end while BrambleLash is a team game, it’s all about personal points. This is where the game’s alluring betrayal feature suddenly becomes very appealing. You see, if you mow down your fellow flower-sprite team with your spikey-bramble-lash-of-doom, then you steal their points. It’s all about the points!

However the fun doesn’t stop at betrayal of the other team; you can also fling your own partner around with the touch of a button, either flinging them to safety or inevitable doom. You can also un-lash and re-lash to another player should you feel that your fellow team member isn’t living up to their full flowery potential.

Besides its truly addictive and fun inducing gameplay, the other draw card to BrambleLash is found in its simplistic game controls that can be picked up and learnt within a matter of seconds. This is truly a pick-up-and-play game, which is something that is not often found in today’s busy gaming scene.

Due for release early 2017 on PC / Mac / Linux as well as the Xbox One, BrambleLash was a game I keenly played many times at PAX and it still remains one of my most anticipated games.