I am no longer a stranger to Virtual Reality (VR) games, having had over 3 weeks with Playstation VR at home now. The opportunity to experience some new VR IP at PAX Aus 2016 was therefore an opportunity I didn’t want to pass up. I was pleasantly surprised when an Indie title, rather than one of the AAA giants stole the show for me, that game being A Township Tale VR. Alta, the team behind A Township Tale is a virtual reality company based in Sydney that seeks to develop premium content for the HTC Vive and Oculus Rift on PCs. 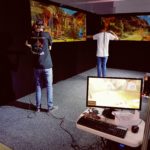 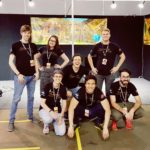 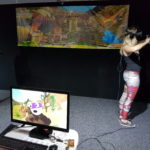 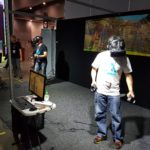 A Township Tale VR claims to be a social VR experience where players take up different roles to maintain their existence in a medieval village, and this held true in my playthrough, where I could see other players interacting with the game environment. Miners, blacksmiths, hunters and more must work cohesively to get things done. In my 5 minute session at PAX I spent the vast majority of my time mining rock formations with a nearby pickaxe. The experience was something magical and is the closest thing to what I have dreamed VR could be since it became a reality. The rocks wouldn’t break without a full swing of my arms and several hits. When destroyed, they revealed pieces of stone and gold ore, the latter of which I placed onto a nearby workstation.

“The experience (of A Township Tale) was something magical and is the closest thing to what I have dreamed VR could be since it became a reality.”

The art style is bright, colourful and stylised, while not being overwhelming, which I feel will appeal to a broader range of audiences. Movement occurs with a series of controlled teleports and interactions are made with realistic depth. I am incredibly jealous of Vive and Oculus Rift users for getting this beautiful game first, though in our interview with Boramy Unn from the Alta team (Co Founder/ Lead Designer/ Artist) it was confirmed that they are hoping to make Playstation VR compatible as well.  I feel like this is something so flawless in scope and design that adaptation to the Move controllers could be possible. 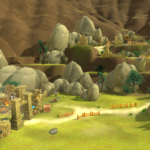 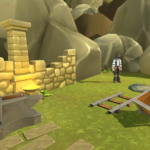 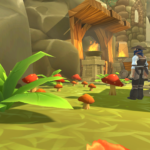 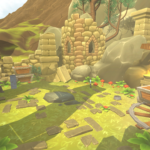 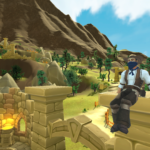 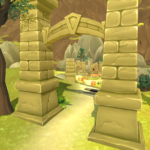 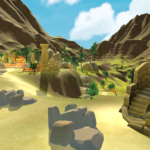 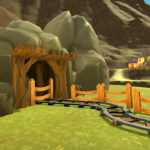 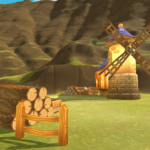 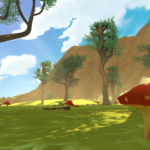 This is the kind of tech demo that will keep people engaged and coming back for more, and I am well and truly hooked. To keep up to date with A Township Tale and Alta, you can subscribe to email updates here at their website. You can also check out what is happening on their Facebook page, accessible here.