My time back in Tamriel: A look at Elder Scrolls Online 2 years on

When Elder Scrolls Online was announced, the excitement and hype that followed was massive.

And me being the massive Elder Scrolls geek I am, quietly and also very loudly, lost my mind all over the place. I love me some MMO’s but the one thing I love more than MMO’s is Elder Scrolls. And now I get both!? Lucky me! So I promptly signed up for the Alpha. I still remember calling in sick on the weekend just to play as many hours of the Alpha as possible and soak up all I could… and at that point I loved it! So much! Then the beta came, and I did the exact same thing, I thought to myself “wow, this is my next World of Warcraft!”

Then the release game finally dropped, I had my pre-order all ready to go. I loaded up the game, and I jumped online… but I was sorely disappointed. The Elder Scrolls world was there, and so was the lore… but the game, as an MMORPG, was broken! Something had happened over at Zenimax Studios between the beta phase and the release and I could feel my little Elder Scrolls geekin’ heart breaking in two.

For one thing, for an MMO, Elder Scrolls Online (ESO) did not feel like an MMO. For example; If you were to party up with a friend and start a quest together, any goals in that quest that one person did would not transfer over to you as well, so if you had to kill 20 skeletal defenders, then you both had to kill 20 skeletal defenders, so instead of it feeling like you were questing with your friends, it was more like”oh we’re in a party and we’re doing the same quest at the same time with no interaction at all.” The other way that ESO really failed on the social front was with Guilds. If you were in a guild with a buddy but you were both in different alliances, like if one of you were in the Ebonheart Pact and the other in Daggerfall Covenant, you could forget about ever doing guild events together. It wasn’t possible at all, because the games lore and alliance system took priority over social aspects, which for an MMO just didn’t work.

But, I have jumped back into Tamriel with the release of The Elder Scrolls Online: Gold Edition and I am so very happy to announce that my heart has been repaired! I am no longer heart broken! I can confidently say after a couple of years of tweaking that ESO is up there now with the MMO greats. I have found myself playing as hard as I have played WoW in the past and Guild Wars too. The Elders Scrolls Online: Gold Edition has a lot to do with this. Zenimax brought it out at the time when they were launching the “One Tamirel Update”, an update that allows you to play wherever and whenever despite your level, race or alliance.

The Gold Edition also comes with all previously released DLC including:

The Imperial City, where you can fight for the Ruby throne in Cryodil in ESO’s and trudge through the Imperial sewers. This also comes with the largest PVP area in the game.

Orsinium, which will have you scaling the mountains of Wrothgar and uncovering plots for the throne in the Orc Capital Orsinium. There is at least 20 hours of new story line quests to be enjoyed.

The Thieves Guild, which takes you to the area of Hew’s Bane, along the southern peninsula of Hammerfell and allows you to align yourself with the thieves guild. This expansion also introduced the new justice system to go along with heist quests, allowing you to really hone your stealthy sneak skills.

The Dark Brotherhood expansion unlocked the Gold Coast to the very western parts of Cyrodil, last seen in Oblivion. In this expansion you’ll be murdering targets for profit and to fulfill the black sacrament.

The Shadows of The Hist, which lets your undertake new quest lines to uncover the secrets of the Silken Ring and the Xit-Xaht Tribe of Argonians.

The first thing that I was very eager to try was the brand new One Tamriel Update, which basically makes everything I explained before, null and void. Yes, Zenimax have done a fantastic job at listening to their community and they heard the cry of the people all throughout Tamriel. Now with the One Tamriel update, no matter your level, no matter your race, no matter your alliance, you can play anywhere. You can quest in the Aldameri Dominion zone Greenshade and then if you want you can head right on over to the Ebonheart Pact zone: Stonefalls, all while being a Daggerfall Covenant Breton. The great thing about this as well is that because PVP in ESO is not an obligation but more of an option, you can run around any of these zones without getting smooshed by a rival Nord. Of course, there are other threats than just enemy players. There are big beasties and evil nasties all over the place. The One Tamriel update also introduced a level scaling system, which allows you to go anywhere whenever you want. You don’t have to wait until you’re max level to travel to high end zones; you can go there as soon as you want to.

“There is so much to do, even if you don’t pick up every single side quest, you’ll be lost deep in the world for months on end.”

The Elder Scrolls Online: Gold Edition now comes with over 200 hours of gameplay. There is so much to do, even if you don’t pick up every single side quest, you’ll be lost deep in the world for months on end. Apart from questing and honing your combat skills, there’s also all of the crafting skills there as well, and skills like sneaking and pick-pocketing to enjoy. It’s rare to have a moment in this game where you won’t know what to do. 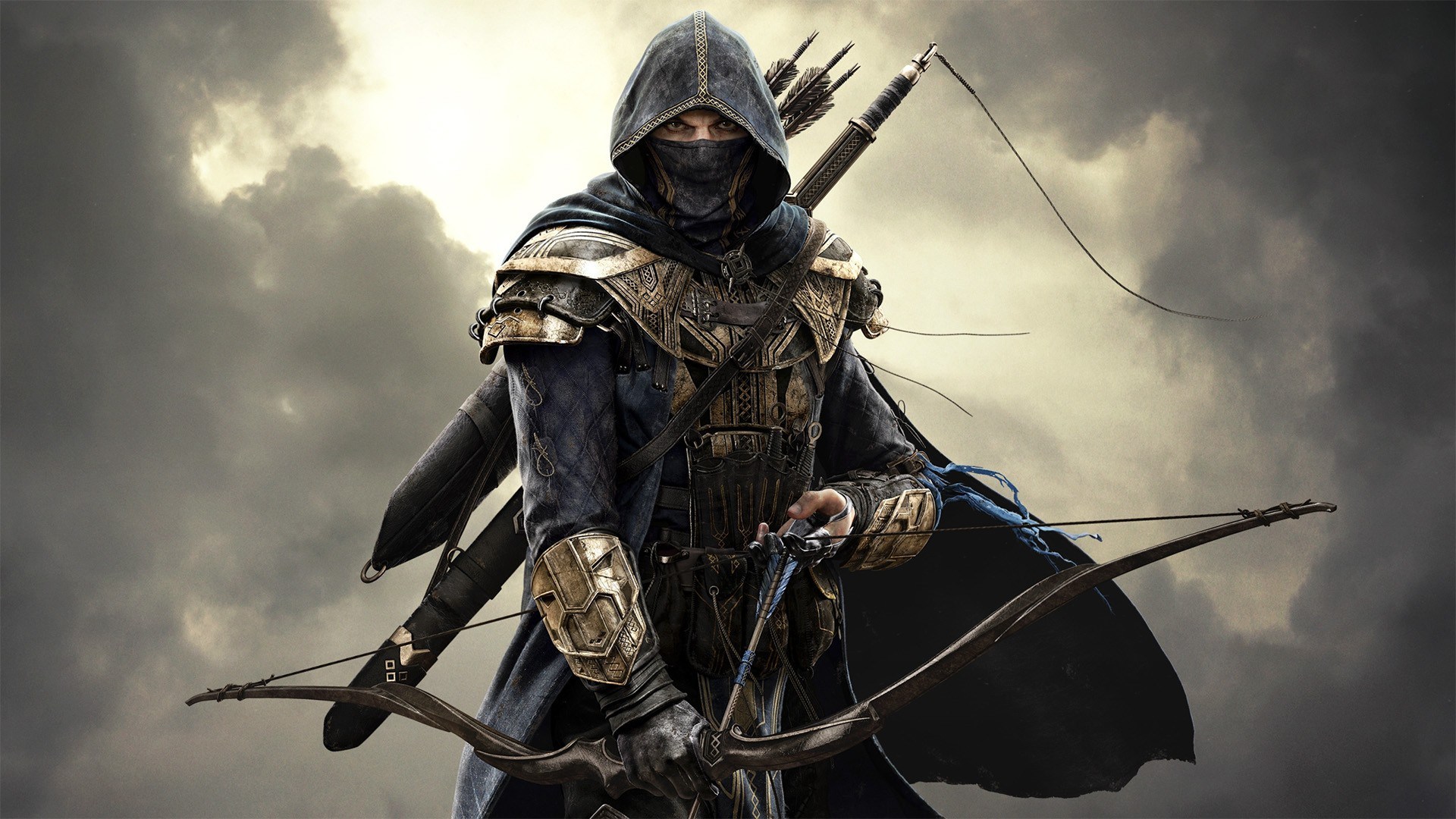 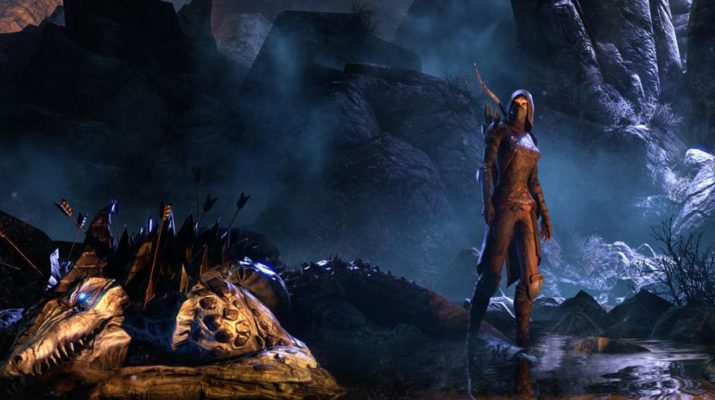 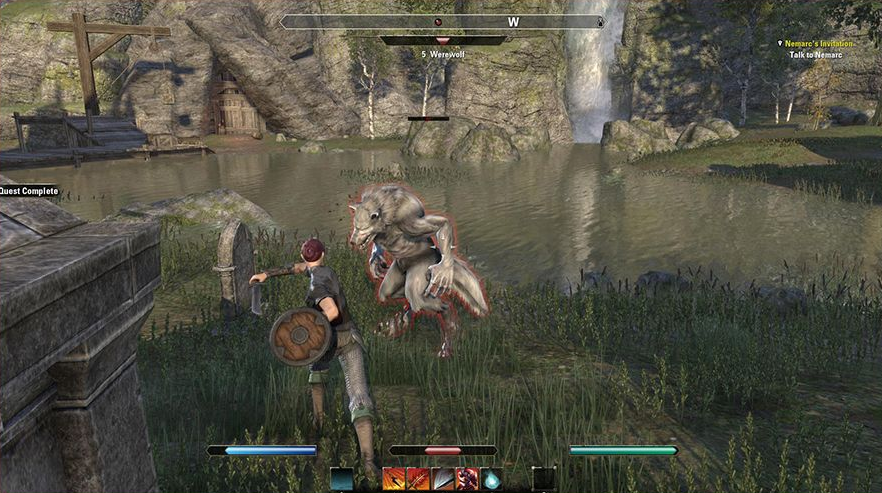 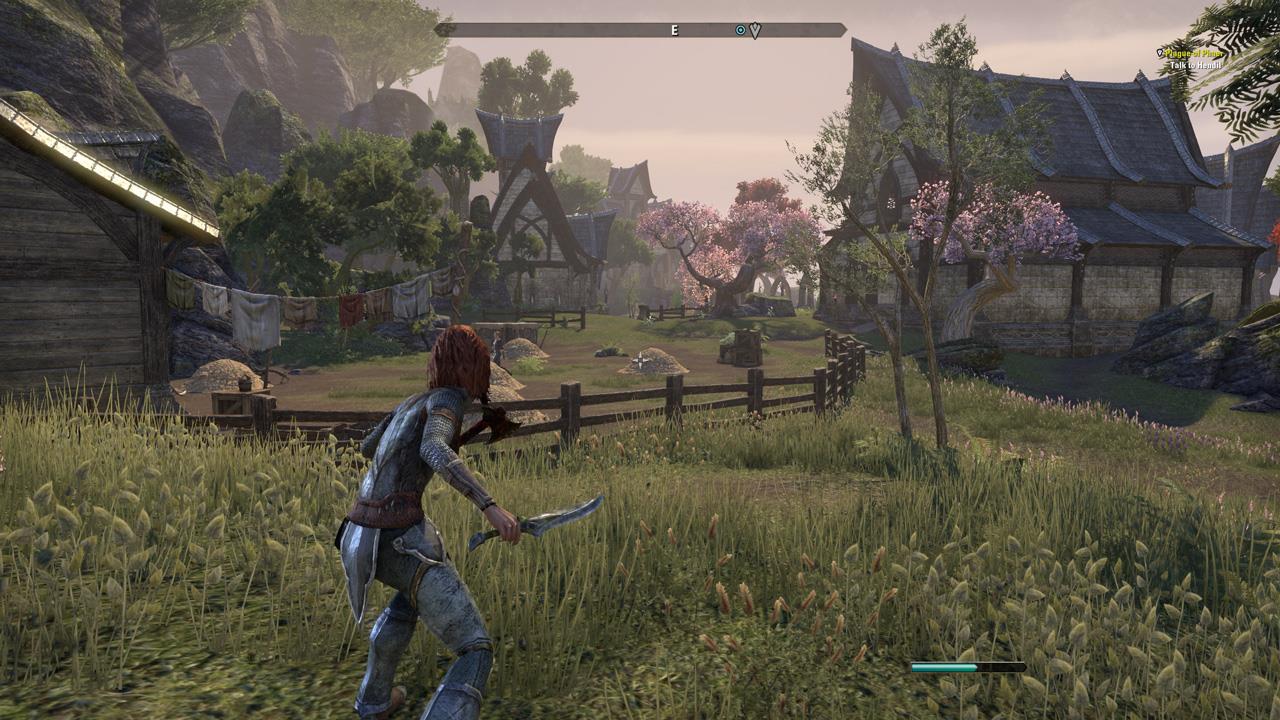 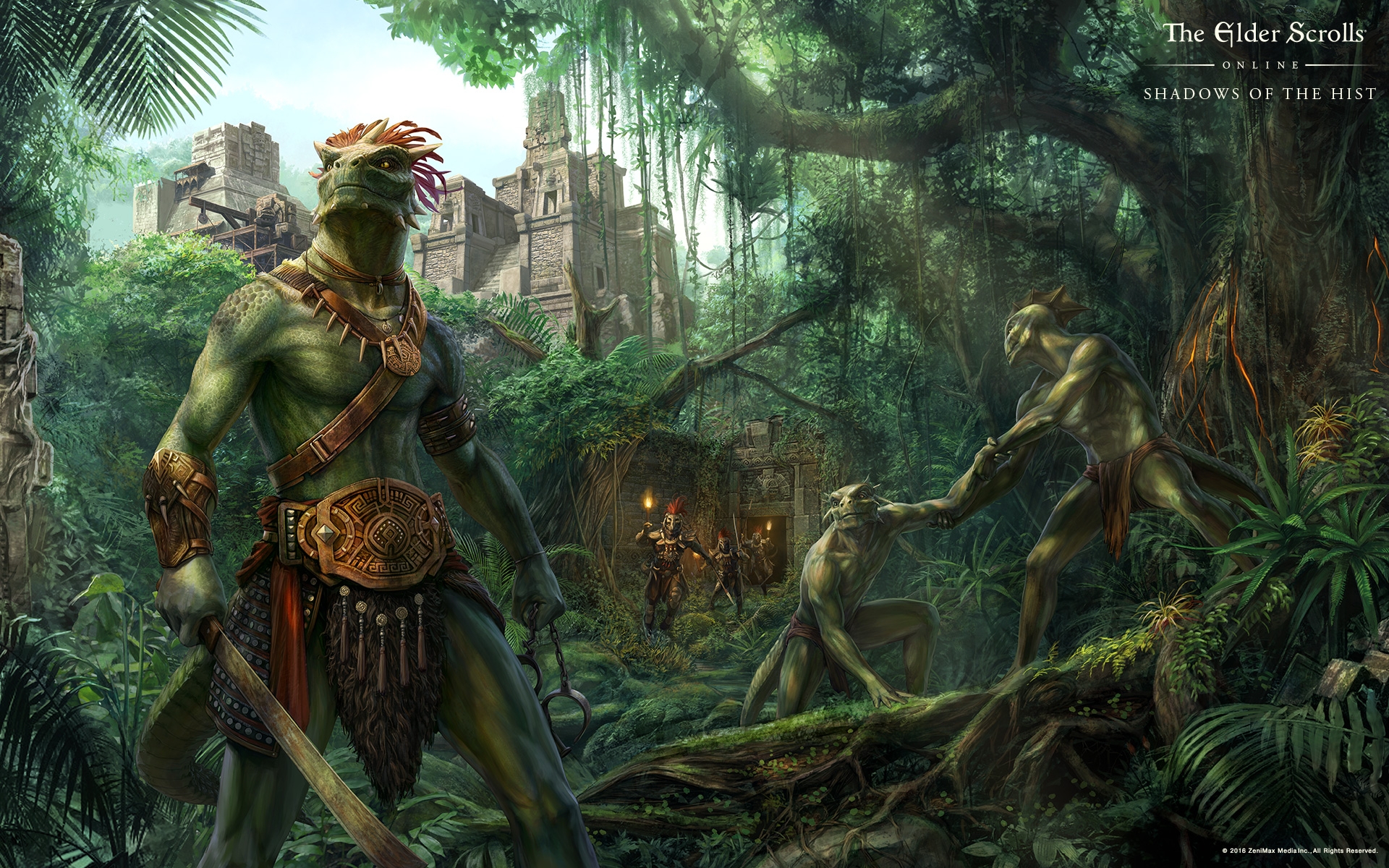 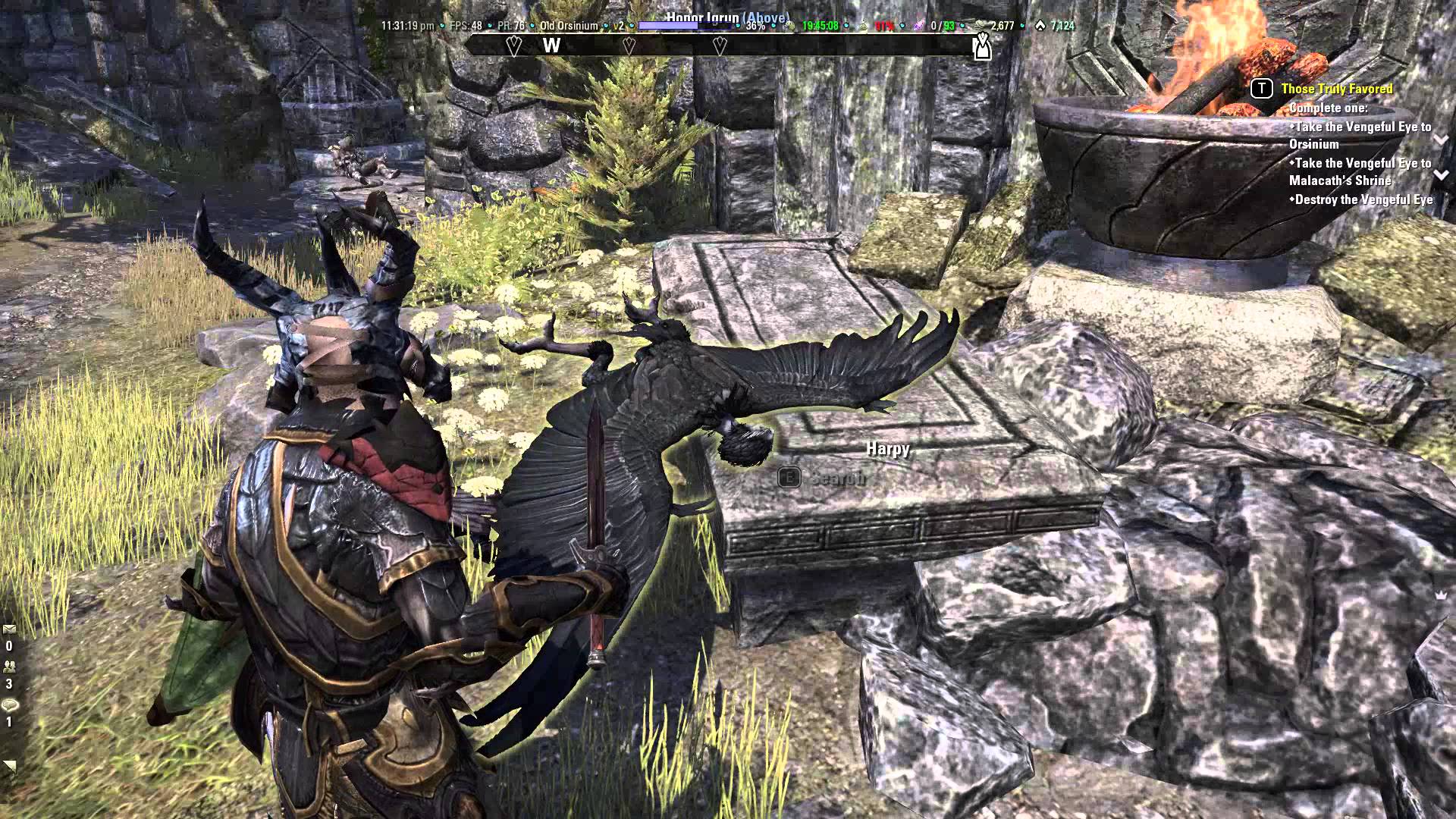 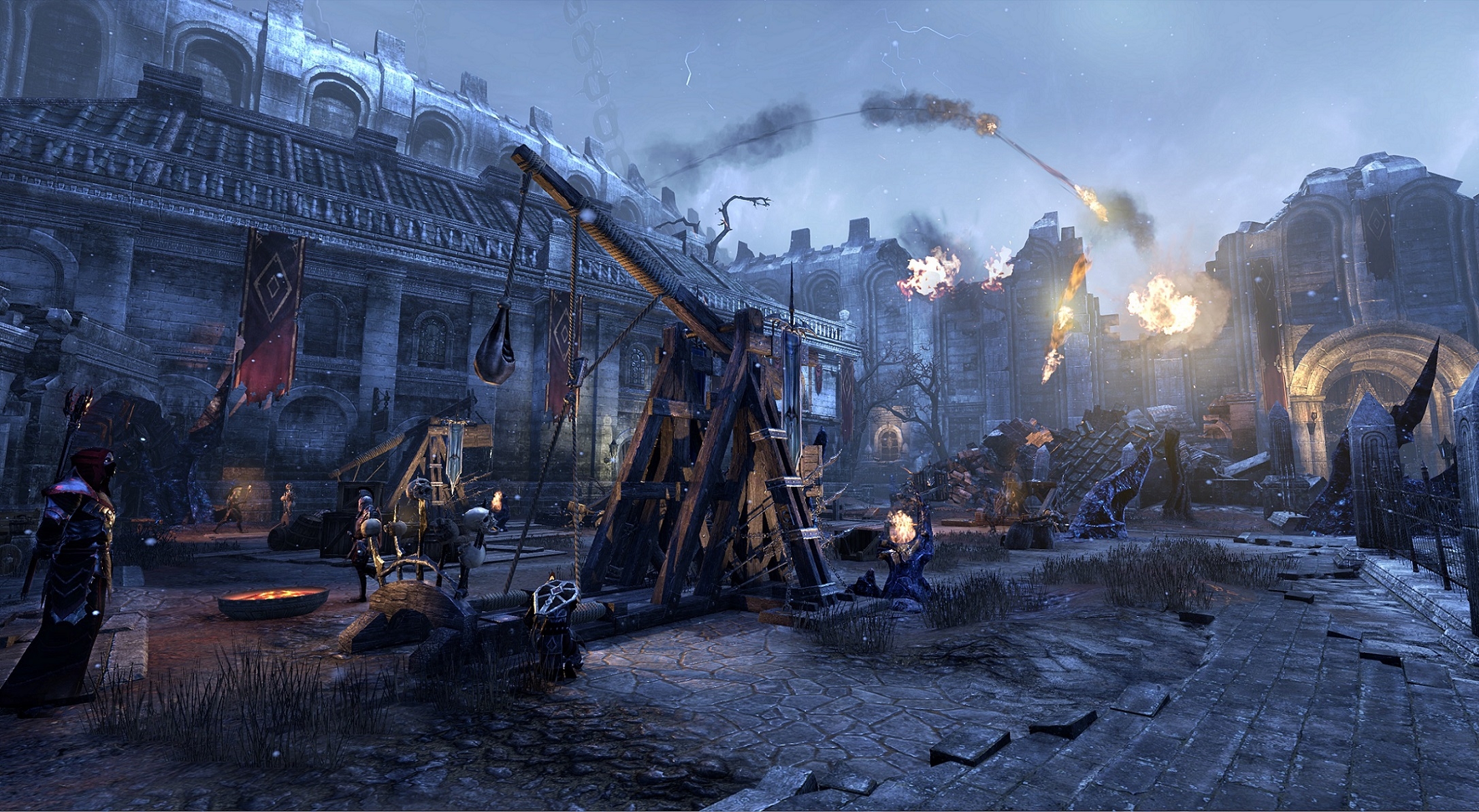 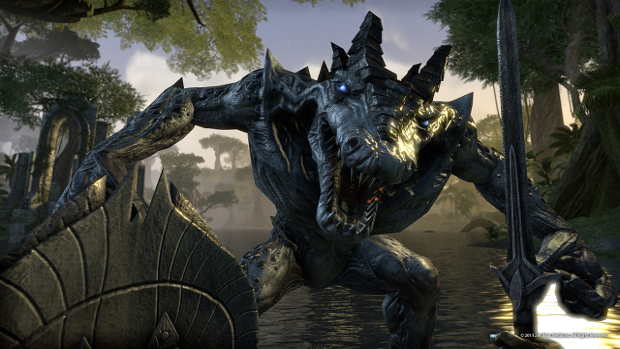 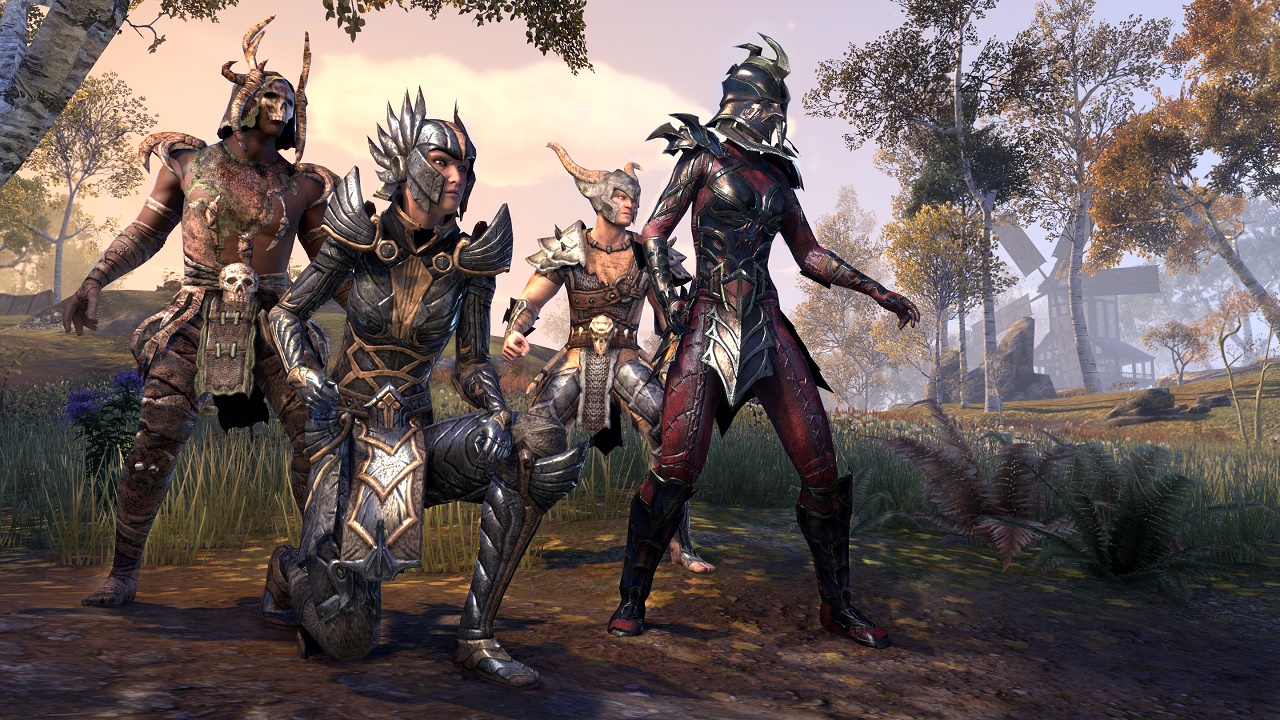 ESO still has so many things about it that I love from the original Elder Scrolls games, You can have a caster with a destruction staff, wearing all heavy plate armour. You can play how you want. If you want to play a Dragon Knight with healing abilities, go for it. Or a stealthy Nightblade who uses magic too, then you can. There are so many combinations for classes that you can play. The way that this is achieved is by the weapon system not being locked to specific classes. Any class or race can wield a two handed sword or a bow or a destruction or healing staff. Each weapon and armor class brings their own skill tree so you can kill those pesky worm cultists any way you want.

If you’re looking for a sequel to Skyrim or Oblivion, then this is not the game for you. But if you want a game where you can explore the vast continent of Tamriel and delve deep into the lore of The Elder Scrolls while putting yourself in the story, then this game is perfect for you.

Elder Scrolls Online now works perfectly as an MMO and as an Elder Scrolls game. It no longer feels broken or rushed. Zenimax have done the community a huge favour by listening to their pleas and ideas and in result have produced one of the most enjoyable MMO’s I’ve ever played.

I dare you to come and duel my Breton Nightblade. Bring it on.