Thanks to CI Games and Alienware, we were recently able to test out the newest build of Sniper Ghost Warrior 3.

Sniper Ghost Warrior 3 is an upcoming open world, first person tactical/espionage shooter from developers CI Games.  While being the third title in the series, this will be the first to feature a AAA level of production.

Set just after the first arc, we were launched right into the action, driving through the snowy mountains to a safe house in order to crash a wedding. Classic espionage. A proxy war and civil war has taken over modern day Georgia between three hostile factions. Here players must infiltrate and eliminate the threats to prevent another cold war. 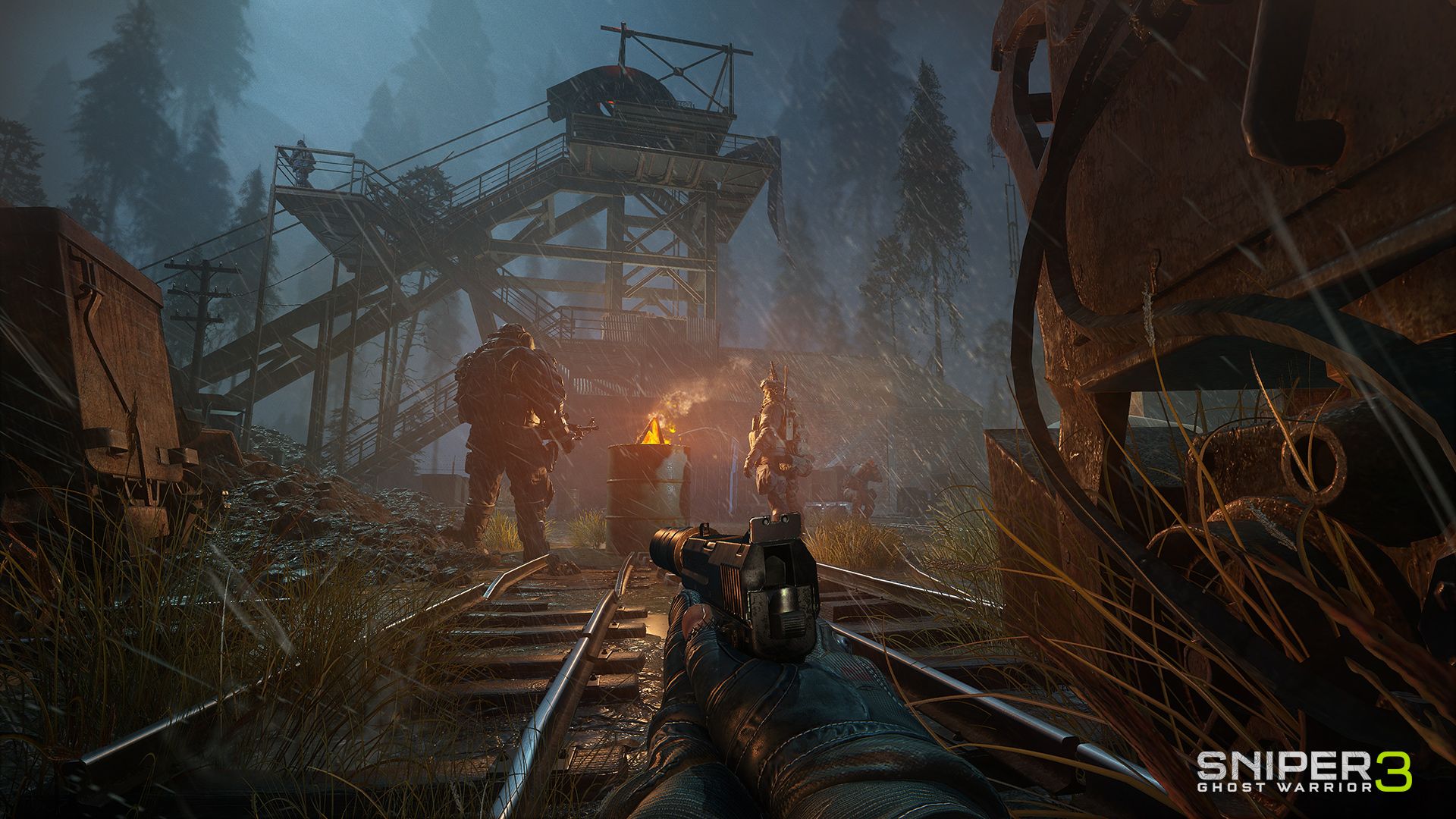 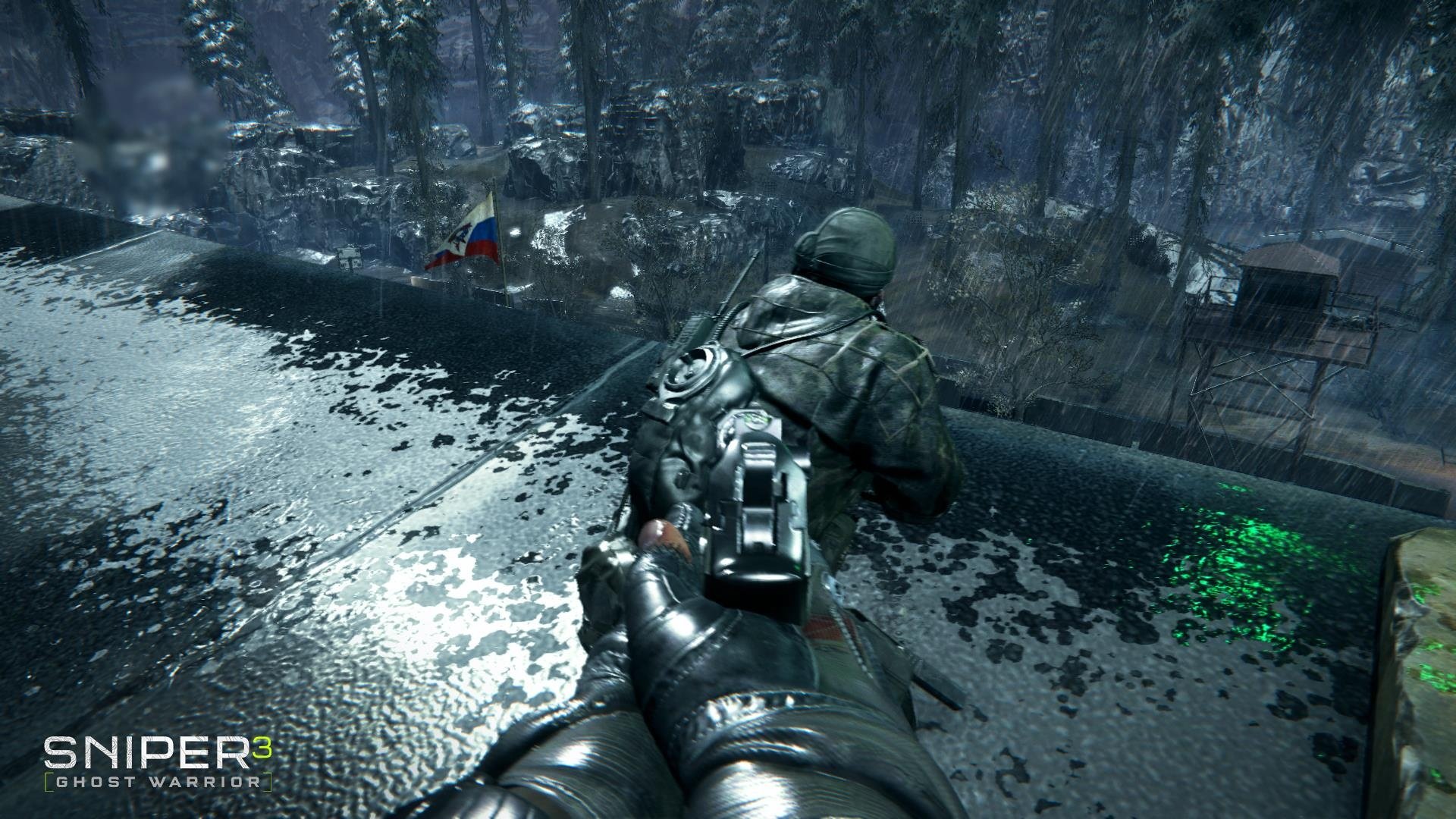 SGW3 has been delayed due to reacting to fan commentary and wishes after the beta release. The demo that we tested was only three weeks old and many of the issues highlighted here will be reflective of that. Some of the fixes are still to come in the final game; for example, in the final release the enemies you’ve killed before will be highlighted along the routes they move. Things are currently quite jumpy in this build, with textures jumping into sight and a lagging effect occurring every time you get shot.

In true FPS fashion there are three main modes of play; Normal mode, Challenge mode and Realistic Mode. Normal mode is hard enough as it is, with enemies picking you off very quickly even without one shot kills. Challenge mode includes no regeneration, faster enemy reactions and the HUD assistance is reduced. Realistic Mode is even more brutal with all HUD assistance and skill tree reduced, no life regeneration, lethal enemies and it cannot be switched off without starting a new file.

Crafting has also been implemented as a main mechanic and resources can be spent at the workbench to craft items. Ammunition, health equipment and gadgets can be crafted here from resources found in areas and on bodies. Apart from just being able to buy all these a few meters over in the shop, the workbench just serves to save a few dollars to build up enough cash for that sweet sniper you’ve been holding out for.

The skill trees are divided into three main paths; Sniper, Ghost and Warrior. The Sniper tree follows the path of those who prefer using the sniper as the main weapon only. Ghost focuses on a stealth and assassin mode of play, where players will have an easier time getting around quickly and quietly. The Warrior path increases your fighting abilities and the amount of damage you can take. These three paths can be switched between and mixed, but will mostly dictate the way in which you approach SGW3.

Stealth mechanics depend on the skill tree, but are also very similar to Hitman; hide in closets to avoid suspicion or remove detection inside buildings, and so on. A detection bar fills up when the enemies start noticing you and will flash red once detected. Scout mode will locate enemies, footprints and mines along with interactive objects. This mode is also important to the game mechanics as it can be utilised as a detective mode for the main missions. Here the main player can investigate a scene for clues to gain an understanding of what has happened. This can also assist in locating enemies by following footprints in the snow. When using a stealth approach, the option to interrogate enemy units will add information about the location of other enemies and objectives in the map.

The shooting mechanics are pretty basic and intuitive, it is easy to pick up and doesn’t require a whole lot of finesse to start sniping like a real pro quickly. However, this is a bit further into the game so the beginning guns may not be as good or as easy. Ammunition is small so being conservative matters, however this feels counterintuitive when faced with an onslaught of enemies who can kill you with a look. Getting creative and sneaky soon becomes the only resort.

Honestly, SGW3 feels just like Far Cry 3 – an American getting mixed up in foreign soils and affairs. With an open map and civilians under the thumb of militia, the similarities are everywhere; even the awkward first person driving. Points of interest are scattered over the map, along with collectables and relics to find for those who enjoy hitting those 100% goals. Other than that there is no real reason to deviate from the main path. To be fair, there is nothing wrong with being similar to Far Cry 3, it actually works nicely with having more to the game than just the main missions.

Overall, this is only a three week build. If it does lean towards a Far Cry title more than the previous Sniper Ghost Warrior games then it may be something worthwhile after all.

The final version will not reflect this demo and may differ in experience.

Sniper Ghost Warrior 3 is set to be released worldwide for Microsoft Windows, PS4 and Xbox One on April 25th.