There is something very spooky about the mid-west of America. Perhaps it comes from being raised on things like X-Files and Twin Peaks where unsettling things happened on highways and in small towns. Even without the 90’s spooky TV the inescapable isolation the geography of the region creates goes hand in hand with the idea that the fabric between our world and others can get pretty thin. I thrive off of these themes and can’t get enough of them, so I can guarantee that Dead Static Drive is somewhere at the top of my most anticipated games.

The world is going to end in 30 days but you have the potential to stop that, unfortunately there are plenty of things standing between you and this goal. Creatures such as the Tremors worms seen in the PAX Aus demo or the Jersey Devil from the posters will begin to appear around the sectional open world map. At first it will start slow but as time clicks closer to the apocalypse things will start to get weirder.

Talking with Mike Blackney, creator of Dead Static Drive, he made it very clear that the first time you play this game the world is going to end. Thankfully some small child within the vicinity must own an ocarina as each time the world ends you’re reset back to day 1 with a better idea of what you need to do to stop our destruction.

While out in the world you’ll meet NPC’s but they will also live their own lives; they’ll move around and there’s a chance they can get themselves killed. You’ll need to start figuring out what place and time certain events occur so that you can save, or sacrifice, people who will be able to help with your end goal.

The art style is very minimalist and that really adds to the charm. Everything has this muted colour palette to it making the afternoons feel a little warm and the nights unsettling. Mike had described the game as Grand Theft Cthulhu and I can’t wait to see how his art style will interpret some eldritch beings. 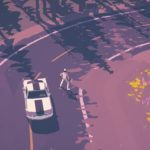 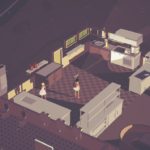 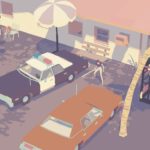 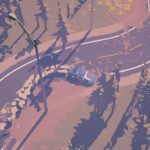 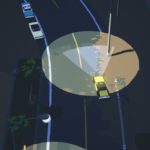 If you were lucky enough to get hands on with the demo at PAX Aus then you’ll understand when I say that the demo played very differently to a lot of the others in the Indie Rising section. Rather then a level we are ushered through with vague similarity to a tutorial, you were instead dropped into a region and it was your playground to explore. Trying to leave that region would transition you back into it but with a little bit of time passing and changing the aesthetic feel of the zone with the change in lighting.

When I first started playing I had no idea that giant worms were sharing the same space as me. So when I was chilling by a cop car I was genuinely startled when one of them appeared out of the earth and went for me. Even with the slightly paired-back demo in comparison to others at the event it has still managed to completely capture my imagination and I now relish every little update Mike makes on Twitter about all the hard work he’s putting into this gorgeous game.

Dead Static Drive as of yet has no planned release date, and while Mike had originally planned to release the game on PlayStation Vita, that doesn’t seem like a viable option with the state of the Sony handheld in recent years. When asked Mike simply says “When it’s done” and to be honest that is a refreshing thing to hear. There is something really special about Dead Static Drive and I think it all stems from the heart that its now two person development team has for the project.

This game has been occupying my thoughts at least once a day every day since PAX Aus two weeks ago and I feel like that speaks volumes about how excited it makes me. I highly recommend following Dead Static Drive on Twitter and checking out the website to join their mailing list to keep up to date on when you to can engage something spooky in luggage combat — have a look through the twitter and you’ll see what I mean.