PAX Aus 2017: Fiend Legion – be prepared for the next big CCG

Fiend Legion combines the strategy of a collectible card game (CCG), the gameplay of a turn-based board game and the ease of use of a competitive digital title.  It is a clever and extremely promising game by Spree Entertainment, who wish that one day this game becomes the next big eSport.

Collectible Card Games have always been popular but thanks to many popular titles such as Magic: The Gathering and Pokémon, CCGs have ensured a continual following and Blizzard’s title Hearthstone has set the benchmark in the digital realm.

I have played many video games that have included some kind of CCG component, some far more enjoyable than others.  What sets Fiend Legion apart from many is the fact you can create and customise your own deck and are not limited to certain card types.  If you want to play in a certain specific way – you can with Fiend Legion.

Field Legion is still in development but the demo at PAX Aus 2017 was both polished and a wee bit addictive.

Learning how to play the game is extremely easy.  You are dealt cards from your deck which are either melee or ranged warriors, characters with special powers to buff or hinder, and of course spells.  The object of the game I tried out was to destroy the enemy’s tower, in a turn-based version of any popular MOBA game. You are even able to select from what powers your tower can possess, which makes it able to attack your enemy, heal your own troops or provide protection.

This is a strategy game and already I saw many tactics at play – from a rush-to-win approach to one where you slowly build up your forces to crush the enemy. The only thing I would ask of this game would be to make it faster, but that does not depend upon the game, but the players you are up against.  I ran out of time in a few rounds when playing as some turns take much more thought than others.

What makes or breaks a CCG is balance and being forced to use certain cards limits long-term playability.  The developers of Field Legion see balance as their main priority – but even titles like Hearthstone have continual updates on their cards in the name of balance and fair play. 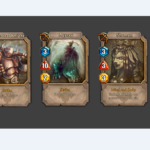 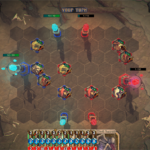 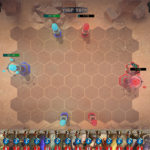 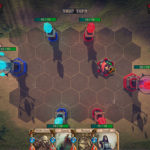 And while it may seem ambitious for the developers to wish Fiend Legion to become an eSport, it does have all the makings for such a title. To top things off, the graphics are rich and detailed and the card artwork is something I wish I had in the physical paper form.

I for one am very much looking forward to its release on Steam.  Check out the announcement trailer below for a bit of the story behind Fiend Legion and preview gameplay shots.