The Darwin Project is as Hunger Games as it gets

The Darwin Project is the next game entering into the booming Battle Royale genre. It’s releasing next year by indie developer Scavengers Studios and luckily for me, is currently running a closed Alpha that I snuck my way into. So how does it stand up against its ludicrously popular competition?

Thankfully the game is taking a pretty different approach to the genre. Player Unknown’s Battlegrounds (PUBG), Fortnite Battle Royale and even H1Z1: King of the Kill are all very similar in concept. The Darwin Project isn’t aiming to mimic the formula that worked for these other games and it’s instead taking the genre in a much more Hunger Games direction. I’ll explain exactly what this means soon. It’s also not too far away from its projected release, so how does the current build stack up and should Battle Royale fans be eagerly awaiting this release?

First and foremost, The Darwin project throws 10 players onto a map where they are not only surviving against other players but also surviving the elements. Sections of the map will slowly close off meaning players will eventually meet up until 1 is left standing. Having only 10 players is a huge change from the standard 100 players found within comparable titles. Whilst this does reduce the overall chaos of a match and perhaps even slightly diminishes the overall feeling of winning against great odds, it does come with its own advantages too.

Every battle in The Darwin Project is much more gladiatorial. You’re never going to get sniped from across the map or killed in 1 shot. Instead every fight is a genuine battle for superiority that could take a couple of minutes. Laying down traps, positioning yourself well, dodging, aiming and using your abilities cleverly will nab you that hard-earned victory. And once you do secure that kill an announcement will play globally letting all players know that another has been eliminated. Every death is a big occasion and every death puts you one step closer to victory.

Having a smaller player count also means you can track every single one of your opponents. You know when a player claims a big supply drop and where they claimed it, you know who killed who and with what, and you can track players and figure out where they are in relation to yourself and others. A game like PUBG may well have 50 deaths before you even encounter another player making all those deaths so insignificant to your personal story. But The Darwin Project found a way to make everything matter. You’ll constantly be taking mental notes about who is where, who has what and who is your biggest threat. 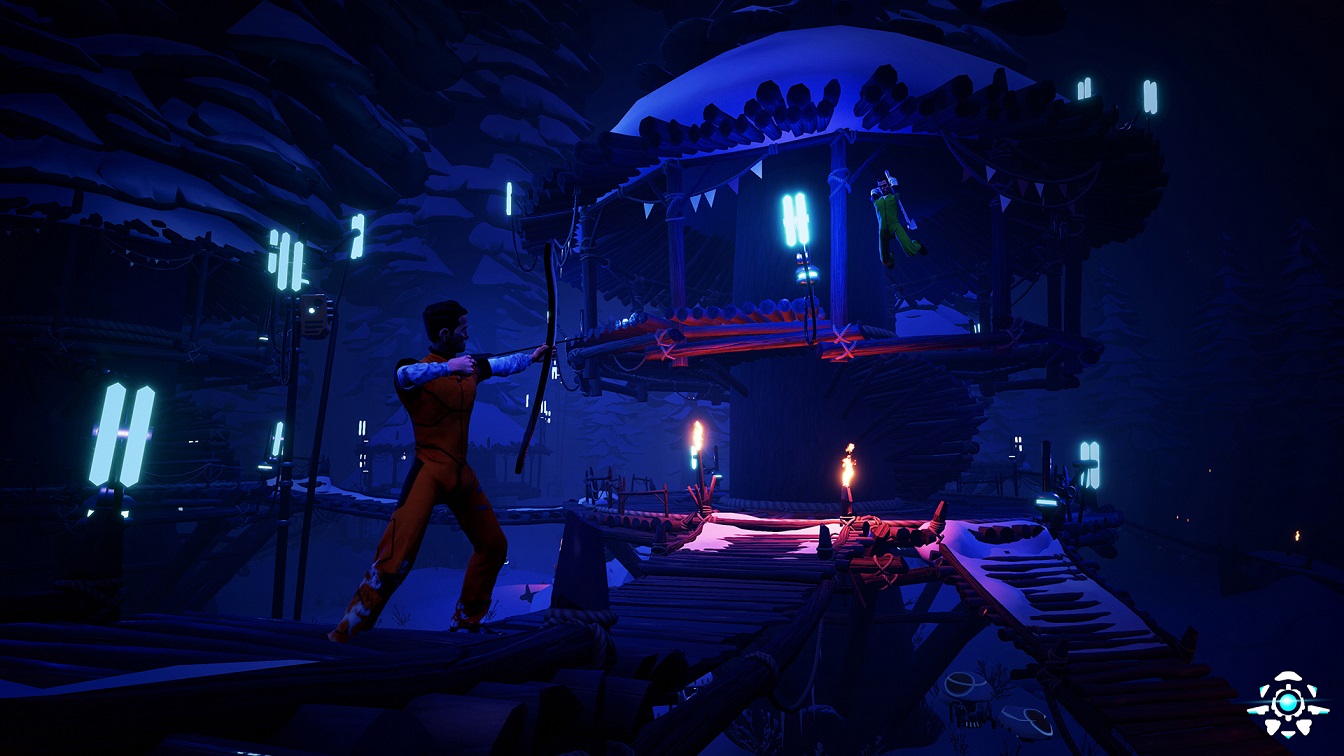 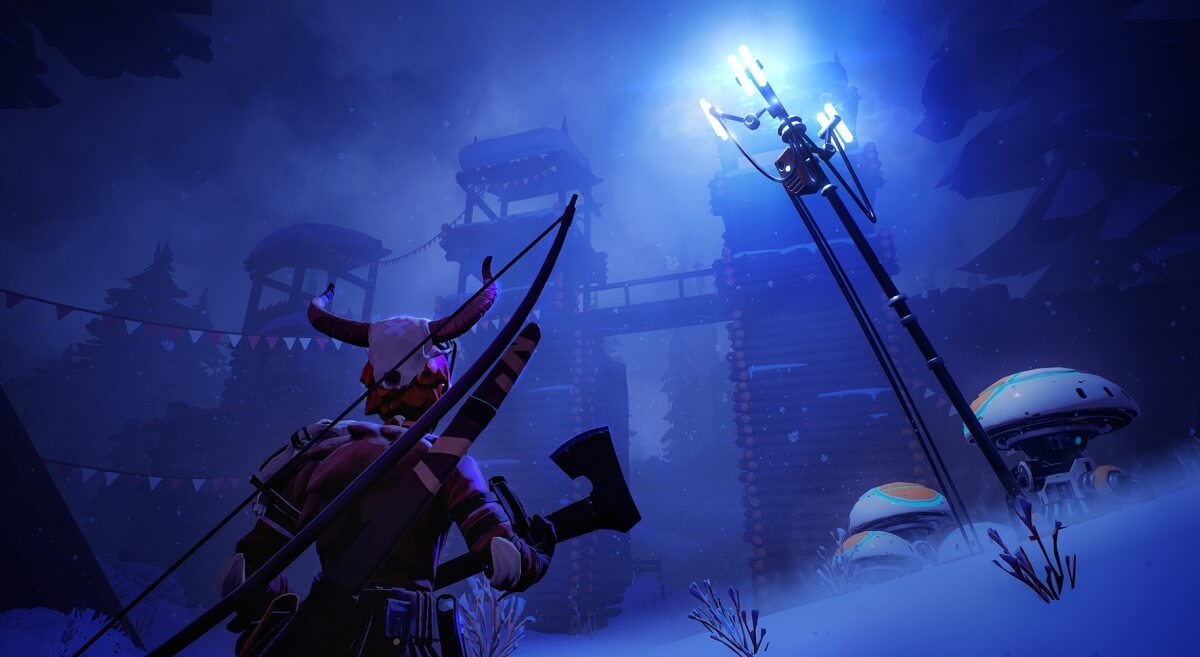 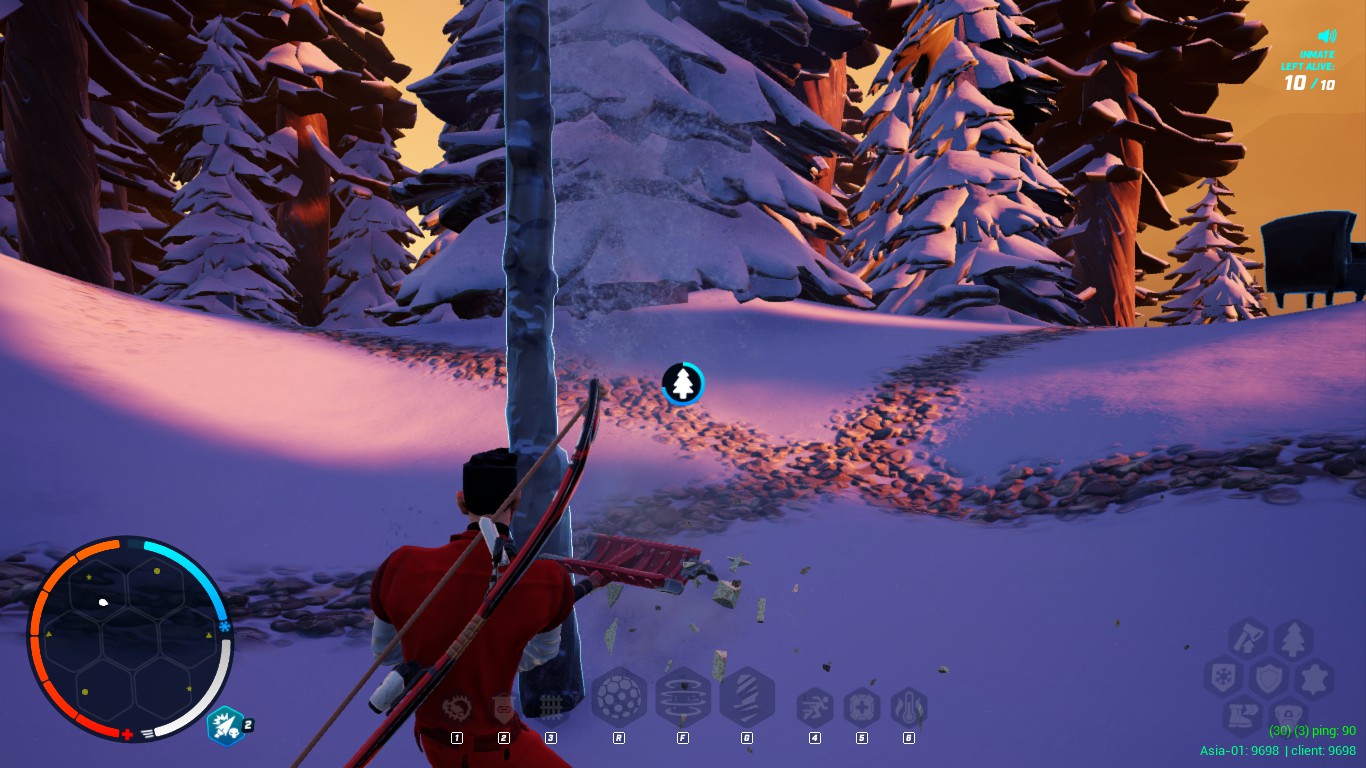 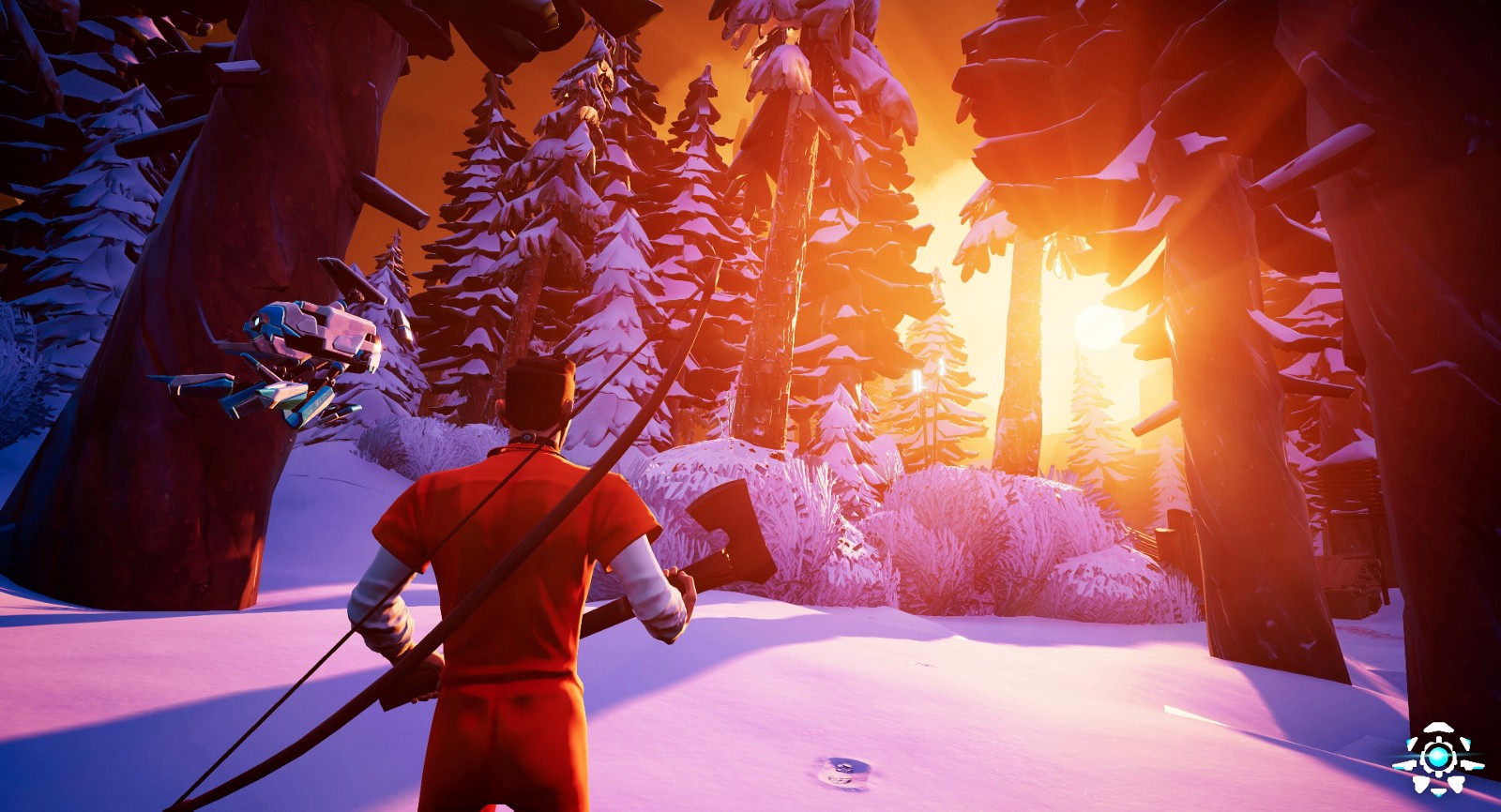 Survival elements shake things up a little as well. At the start of the game you’re going to want to scavenge your environment for resources so that you can craft useful items to help you win the game. Paying attention to your cold metre is crucial because you don’t want to die of heat loss when you should be focusing on other players. Battling against the environment makes for an interesting addition to the genre and certainly means you have to think about more than just gear and killing. Crafting traps and equipment is great and every item can come in handy if you know how to use them well. I have to give big kudos to the way your load-out can be edited to fit your preferred style of play. Before each match you can decide which items show up within your crafting wheel and they can vary quite drastically. Not only does this help players find their niche but it also means you don’t know exactly what you’re up against and forces you to adapt your play.

Rather than a shrinking wall moving you further and further into the centre, The Darwin Project has zones within the map that will slowly close off. This is a nice change of pace because it means you aren’t constantly running to get into the zone. You instead make tactical decisions as to where you want to position yourself within the overall map. Once again, the game feels very Hunger Games when  compared to other Battle Royales.

“The Darwin Project offers more combat options than your average shooter but the combat also didn’t feel all too empowering.”

When it comes to the game’s combat I’m still on the fence. The Darwin Project offers more combat options than your average shooter but the combat also didn’t feel all too empowering. Landing that perfectly aimed head shot with a sniper from across the map or pumping a close-ranged round of shotgun shells into an unsuspecting enemy’s chest is a great feeling. The closest The Darwin Project comes to this is landing a head shot with an arrow, but your opponent won’t go down for that. They’ll instead get comically pushed backwards before you both start strafing, shooting, missing and then occasionally connecting.

Running in for a melee attack seems just as effective but that tends to turn into a game of chase or an equally silly dance of melee swings. It’s the traps and combat abilities that are the real saving grace here but I don’t know that it’s enough to make you feel like you really earned that kill. Perhaps a big part of the problem for me as an Australian was that I was always playing on a high ping server, and therefore negatively affected by lag, making shots I landed more luck than skill.

The game is of course still in development though and anything is subject to change between now and release. Although from what I’ve seen I’m excited by the idea of The Darwin Project and what it may bring to the table. What I can say without a doubt is that the game is being made with a lot of love and not being rushed out in a buggy and glitchy mess. In fact, even as an alpha the game seems to run smoother and more consistently than its biggest competition which is only days away from fully releasing. Will the game’s uniqueness be enough to let it float within a sea of massive competition? We will just have to wait to find out.