One of the first games I had the pleasure of playing at this year’s PAX Australia was a humble rhythm game / dungeon crawler being created by a set of veteran developers. The game was Soundfall, the debut title from Drastic Games, a newly formed studio made up of ex-Epic Games developers. Soundfall was unique in its approach and captivating in its execution, leaving me hungry for more.

Soundfall creates a rhythmic journey as it successfully blends twin-stick shooting with rhythm-dependant timing. The world around you is pulsing to the beat of the song and your movements must do the same. Dashes, slashes, shots and more will all need to be timed effectively, and once you begin to feel the flow of the rhythm you’ll start to feel like you’re dancing through every level, leaving a string of dead foes in your wake.

I have to admit, I’m certainly a fan of the rhythm genre. Although Soundfall finds a way to stray from the standard formula and create something unique and captivating. The game advances on the genre and moves it into new territory.

The game is also fully playable cooperatively. During my play with the game we had two characters pulsing around the screen and working in tandem to slay the foes that spawned around us.

Naturally this also gave me an opportunity to turn the game into a competitive experience, as my partner and I dove head first into the action attempting to get the highest score by the end of the game.

Whilst I didn’t experience it during my play, the game is said to offer both online and couch co-op with up to 4 players. Each level can generate loot such as one-of-a-kind weaponry and legendary artifacts, each containing their own rhythm-based powers. There’s also a diverse roster of characters you will be able to choose between that come with their own distinct playstyles. 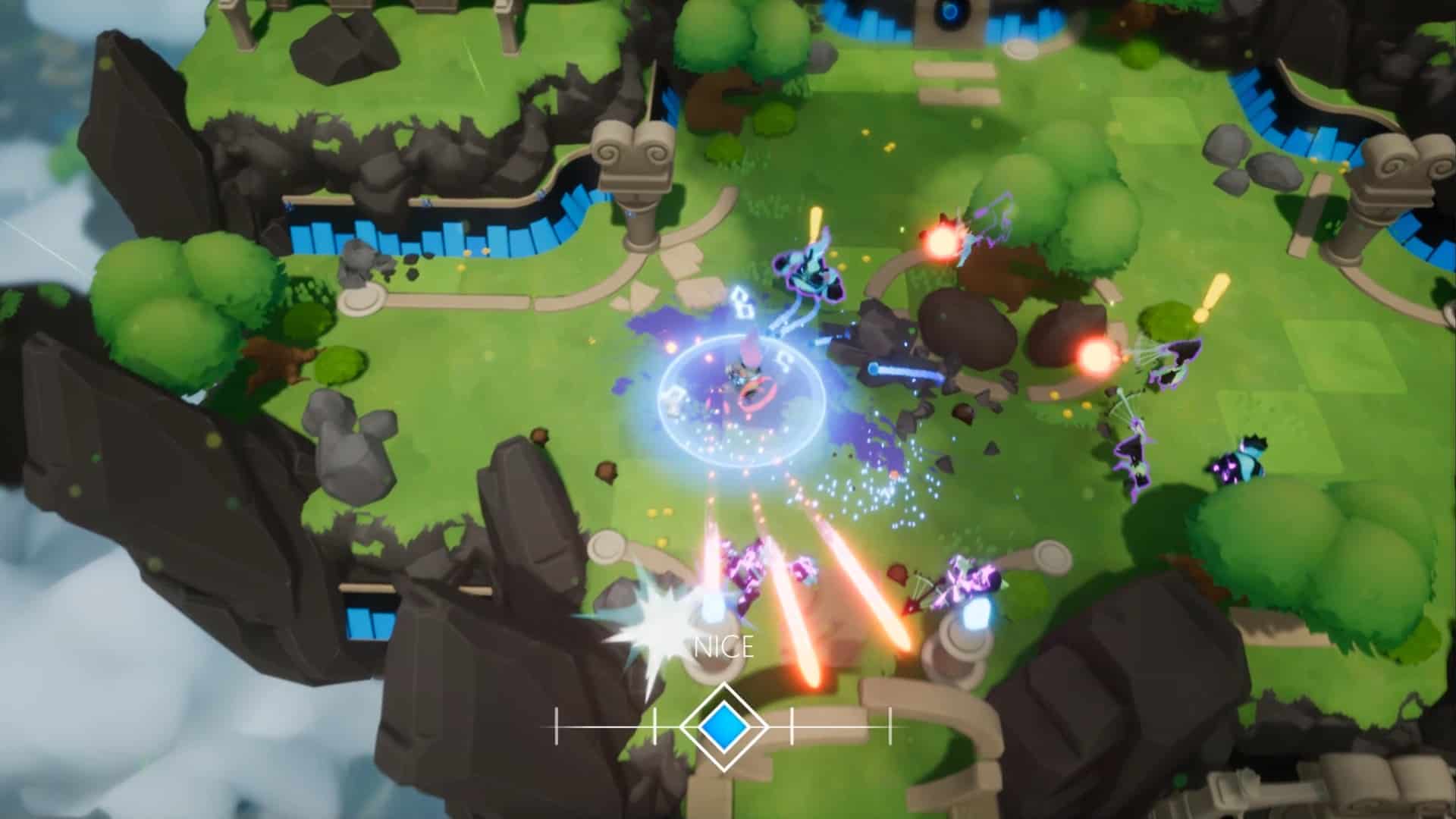 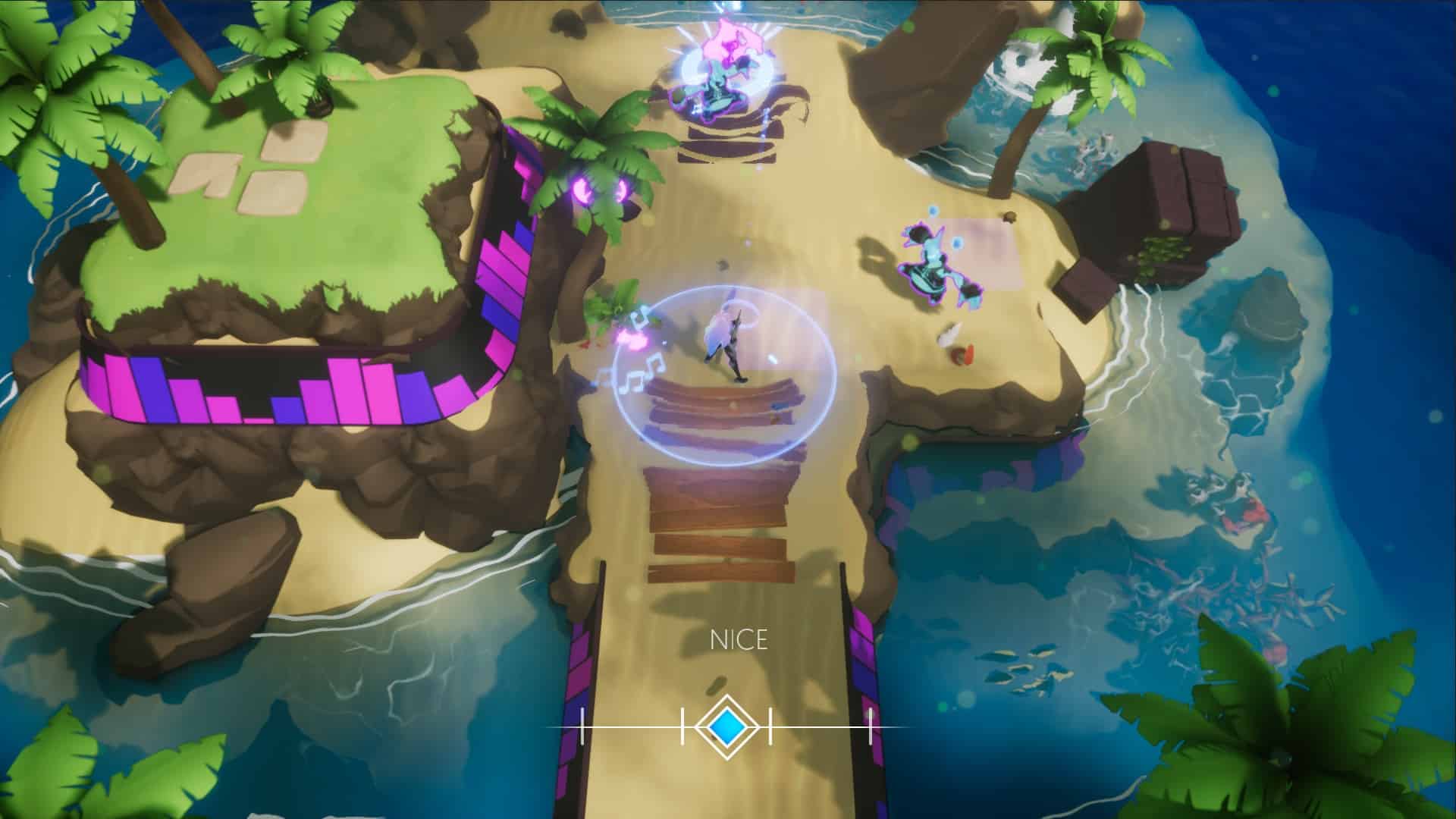 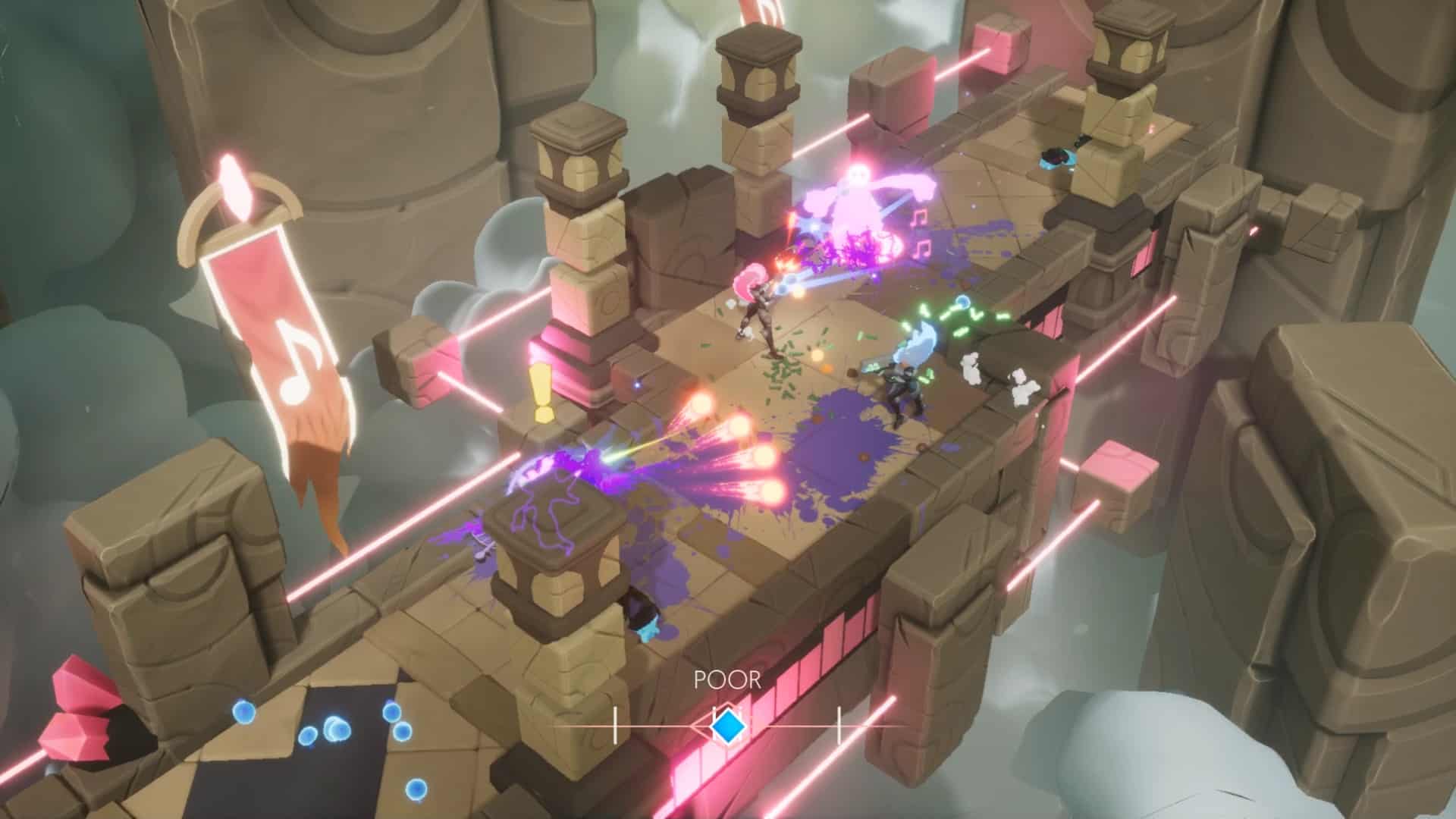 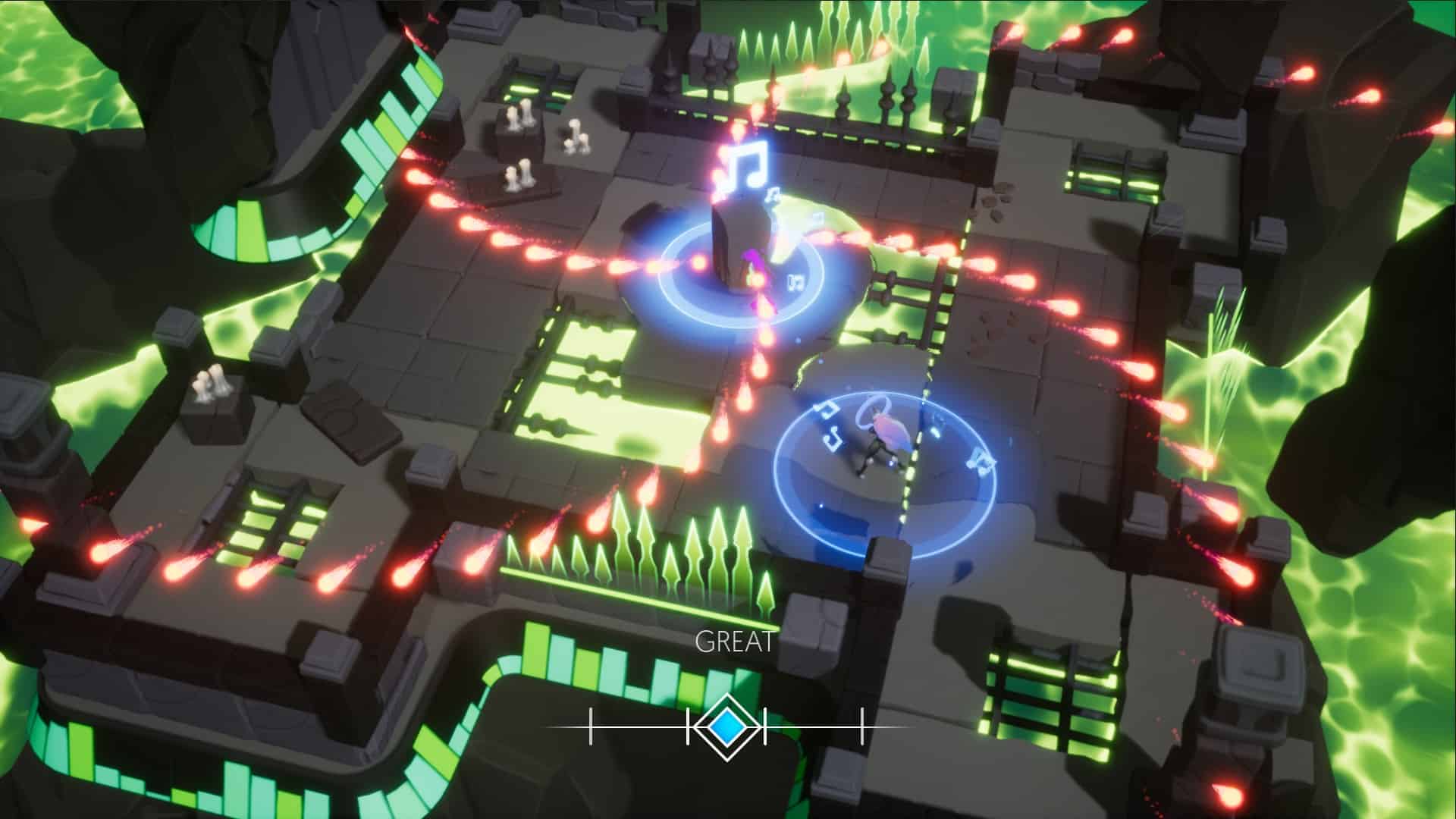 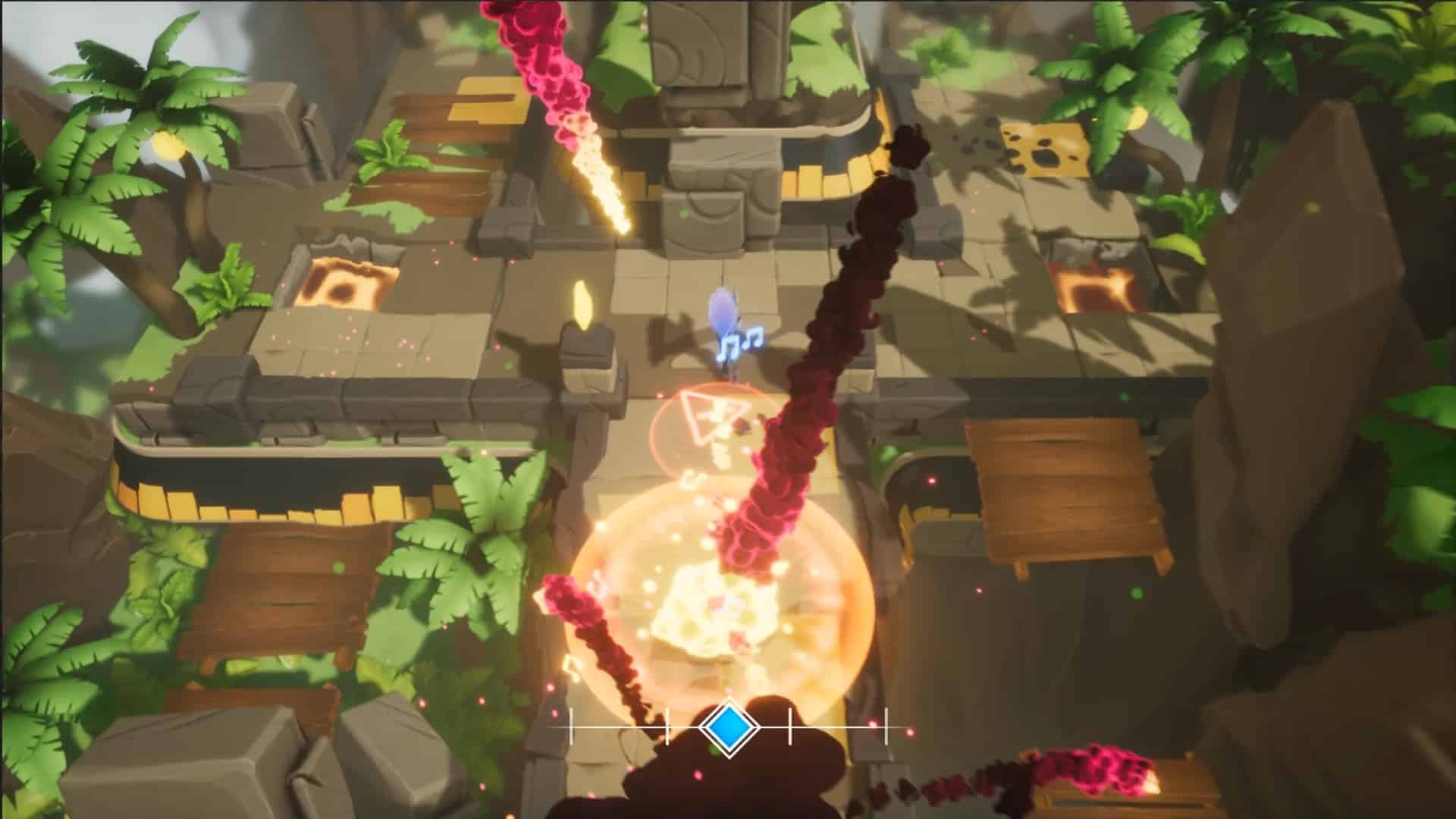 By far the best part about Soundfall is the possibilities the game holds for the future. I was elated to discover that the game’s dungeons were procedurally generated by the music that was playing. This also means that the game could potentially have an unlimited amount of levels for you to play and an infinite amount of content. At least on the PC, you’ll be able to load up your own music and discover what kind of world the music has created for you.

Soundfall will be dancing onto your platform of choice at a currently undisclosed date in 2019. It is coming to PC, PS4, Xbox One and Switch.