Big Bash Boom is a smash for cricketers of all ages

In October, local Melbourne games studio Big Ant announced their upcoming cricket game, Big Bash Boom, the official console title for the KFC Big Bash League and the Rebel Women’s Big Bash League.  Last week I visited the studio to take our first look before it releases on Novermber 29 for PC, Xbox One, PS4, and Switch.

Big Ant has already proven their skill in making cricket games, with a long list of successful titles under its belt such as 2017’s Ashes Cricket and the Don Bradman Cricket series. This time, they’re going for a stylised and action-packed title that leaves all the complexities of the game behind to focus on the good stuff. Great news for a cricket noob like me!

Big Bash Boom keeps its action firmly on the ball, leaving most of the field action to your computer-controlled teammates. Like the NBA Jam series of games, Big Bash Boom will give you the excitement of a cricket match without forcing you to memorise the rulebook. It’s all about bowling that trick shot and hitting that six. The field is left to your NPC teammates for the most part, and from what I saw the AI was been pretty reliable.

At first it seemed almost a little too simplistic, but I quickly found that it didn’t affect my enjoyment. Hitting sixes and blasting down the wickets is just plain old fun, and so is watching your favourite players make crazy anime-like actions as you activate a special power. This stuff may not be how cricket is in reality, but this is how epic it can feel out there, and Big Ant has done a great job of recreating that feeling of excitement that every sports fan knows. Each team of the BBL is playable along with every current player and their mascot, who joins the fun every once in a while to celebrate a boundry-smashing hit. Even sports announcer Pete Lazer has been brought on to narrate every your every move with excited cries… or cutting remarks. 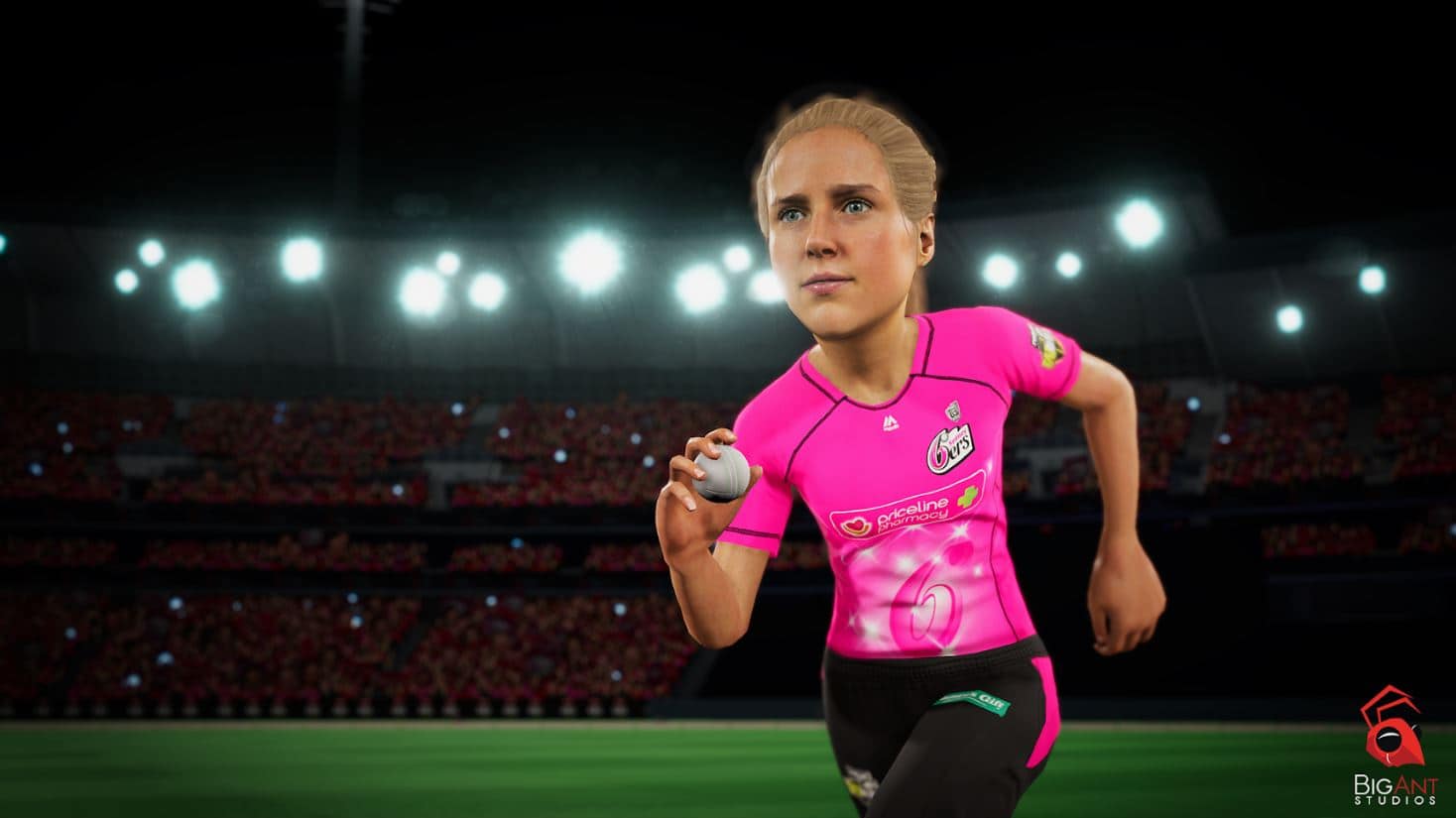 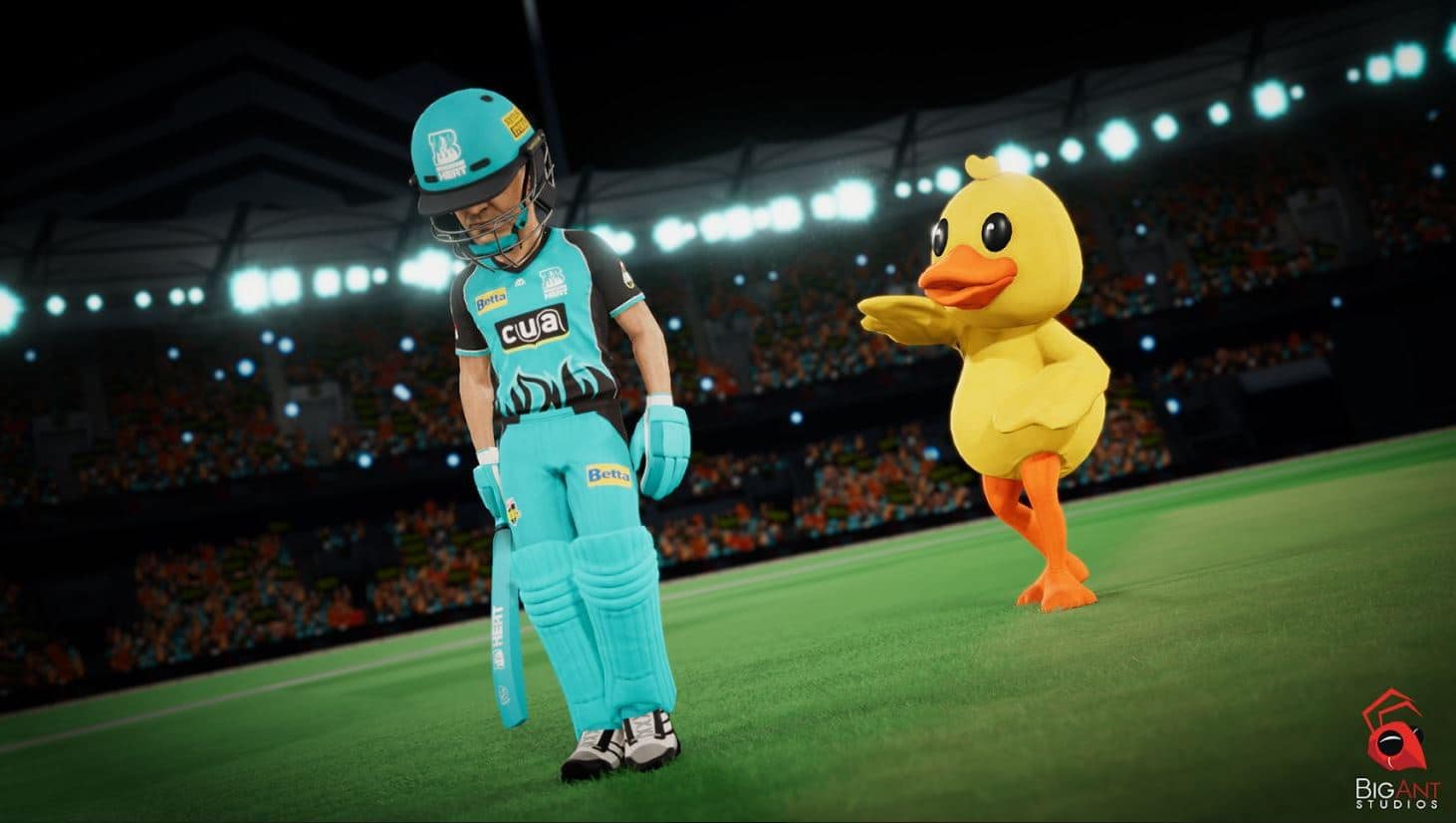 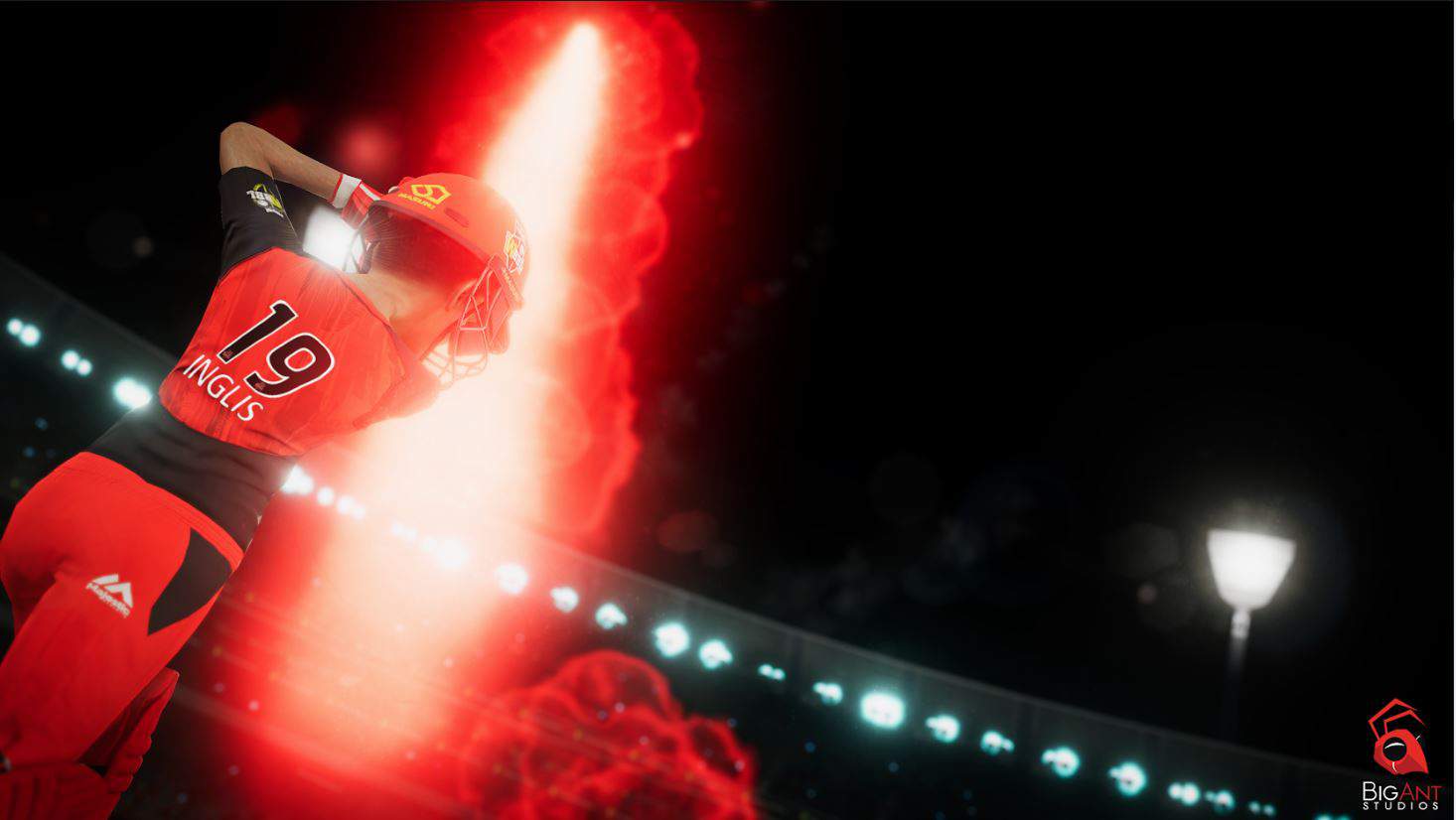 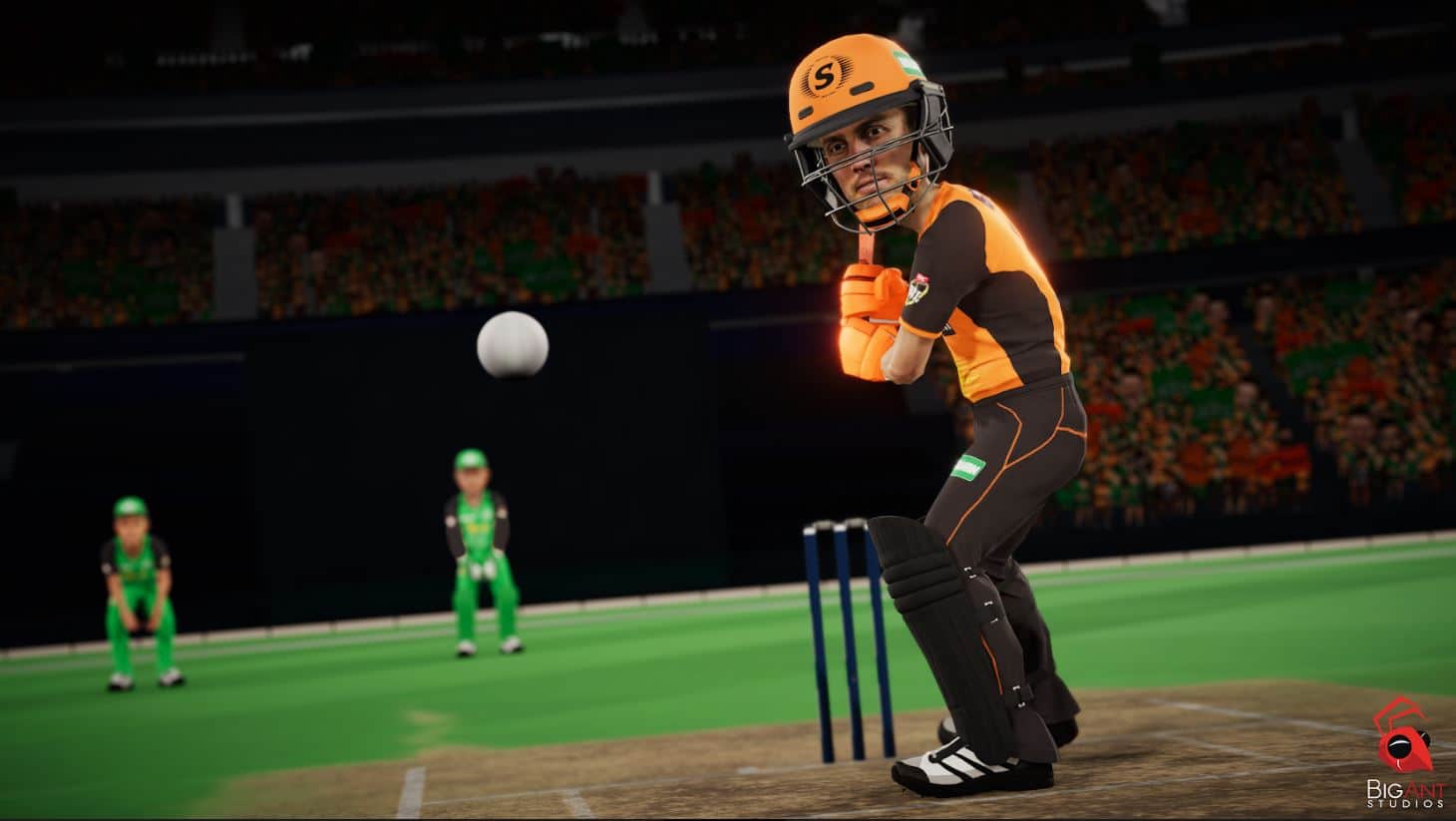 Hitting a six will cause the game to light up with all manner of satisfying sparks and smoke, after which you can shove it to your opponents face with one of dozens of celebratory animations. These unique animations and extra goodies like hats and helmets will be unlockable for some extra fun. They can also be purchased – but only with ingame coins, thank god! Big Ant has assured that there will be no microstransactions whatsoever, which is great to hear.  With more and more sports games including in-game purchases, it’s good that Big Bash Boom has enough confidence in itself to resist the potential for easy money.

Each players’  likeness has been rendered using 3D technology and animated in Big Ant’s in-house motion capture studio (which, amusingly, doubles as their break room). It looks totally true to life… well, maybe not the oversized heads. But the players looks, style, and even their sponsors hit right on the mark. It was a little jarring at first to see a photo-realistic face under all that ridiculous headgear I put them in, but having my home team customised with different hats was too good to pass up.

I’m more of an AFL girl myself, but I still enjoyed myself with Big Bash Boom. It won’t make you a cricket master, but that’s not what it’s here for. It manages to capture the excitement of a real match without getting bogged down in details, which will make it a great game for the holidays. I’ll be looking out for the Switch version, so I can actually swing my bat with the joycons!