NBA 2K Playgrounds jumped on the scene last year as the welcome replacement to the 90’s gaming classic – NBA Jam. NBA Jam was the game that showcased arcade basketball at its finest and gave not only fans of the sport but also gamers something to enjoy. With crazy dunks and its outlandish style, it delivered a lot of fun. Thankfully the NBA 2K Playgrounds series follows that winning formula and for an arcade basketball game, it truly is a slam dunk!

NBA 2K Playgrounds 2 is played as a two-on-two sport, set in different locations around the world.

The game consists of numerous modes, all designed around that two-on-two principle. One of these modes is the Exhibition match-up, where you can only select from a pool of players from the teams you had just received in your packages (card packs). It’s an ideal mode to get used to the game.

Playgrounds 2 is a game that’s easy to pick up and play. Within seconds you’ll understand fairly well what you have to do, without ever needing to read a manual or play a tutorial. I believe this simplicity is part of the key to the game’s overall fun vibe.

Apart from the Exhibition mode you’ll now also have a Seasons Mode available, where you’ll take on the various other teams in your division eventually ending up in the Playoffs. This is an entertaining mode for those playing the game solo. It also serves as a tool that will allow you to earn credits that can then be used afterwards for the game’s various unlocks.

Whether you’re playing alone or with friends, NBA 2K Playgrounds 2 is truly an enjoyable game. It’s predecessor was aimed more at multiplayer, although Playgrounds 2 definitely has much more on offer for solo players as well. 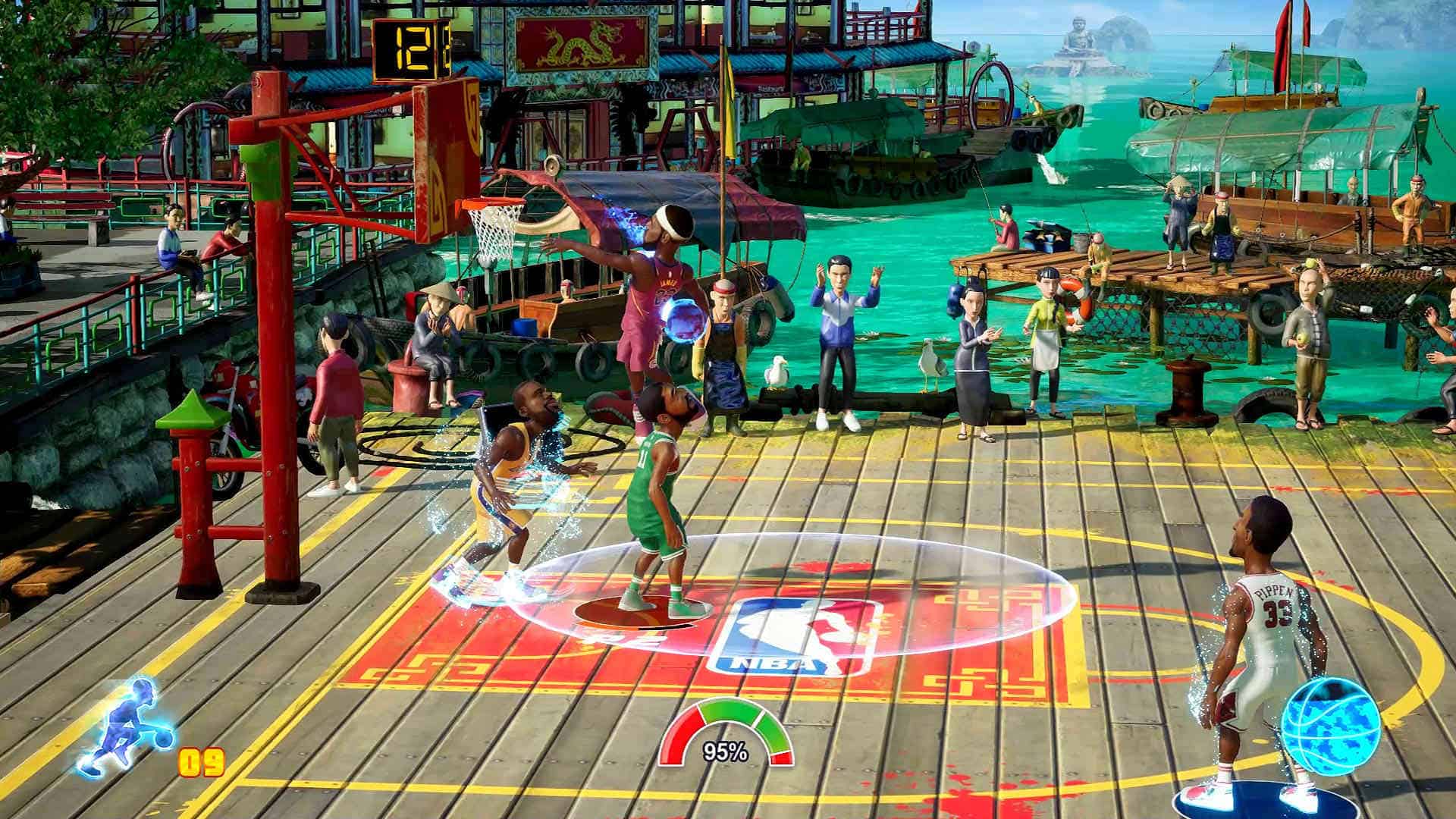 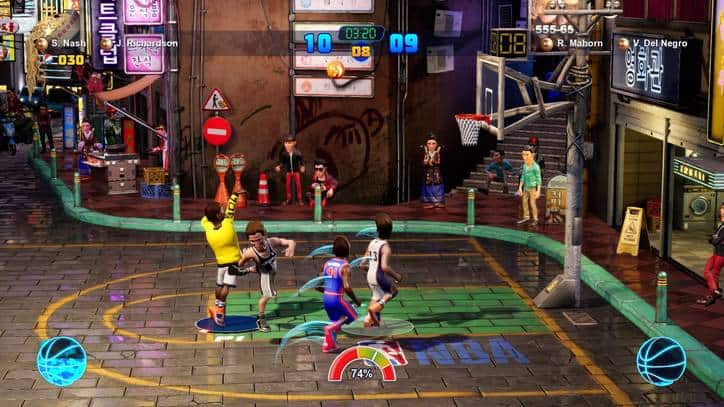 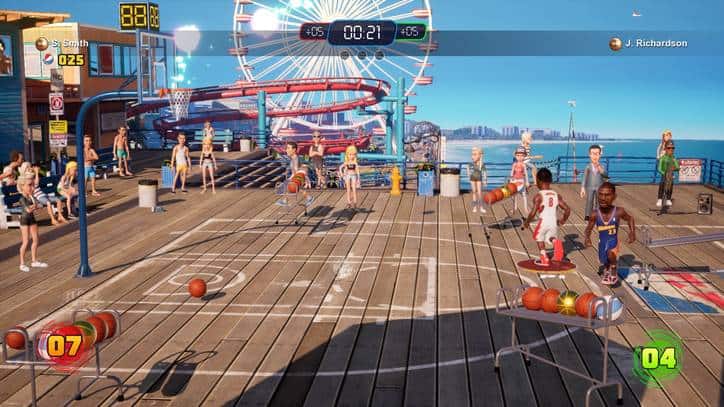 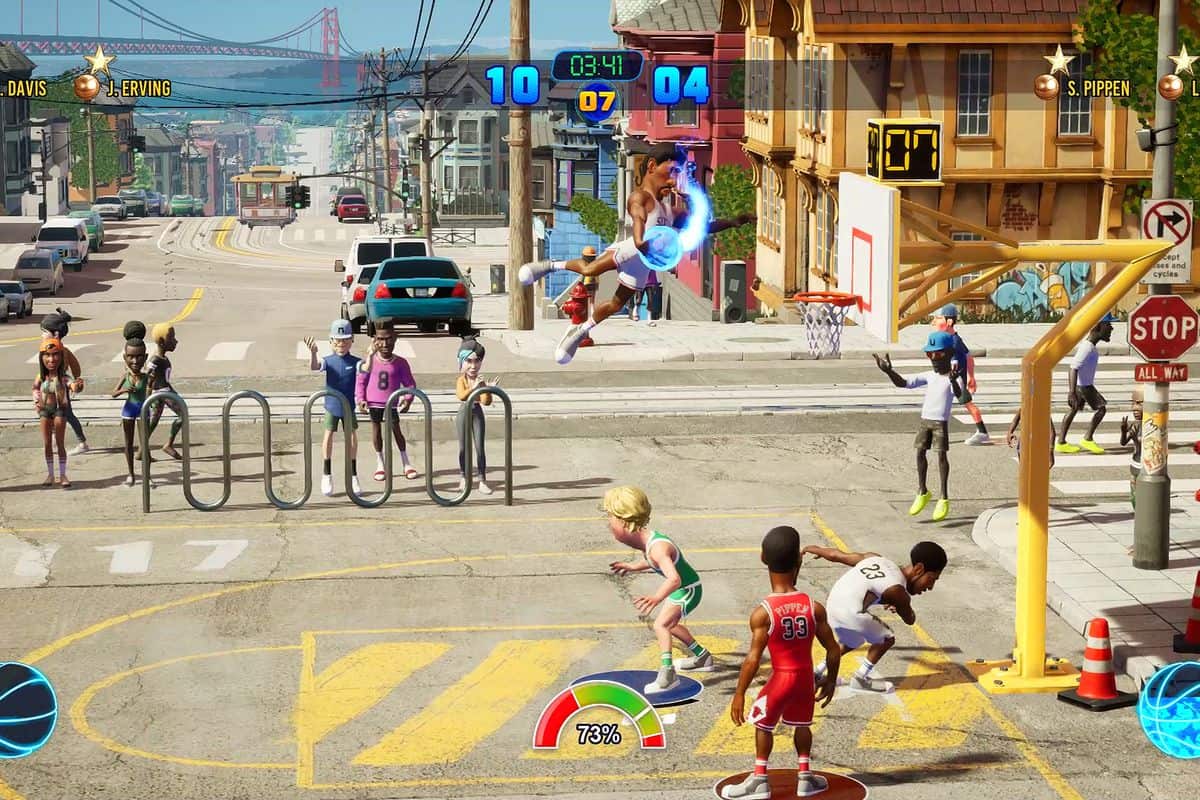 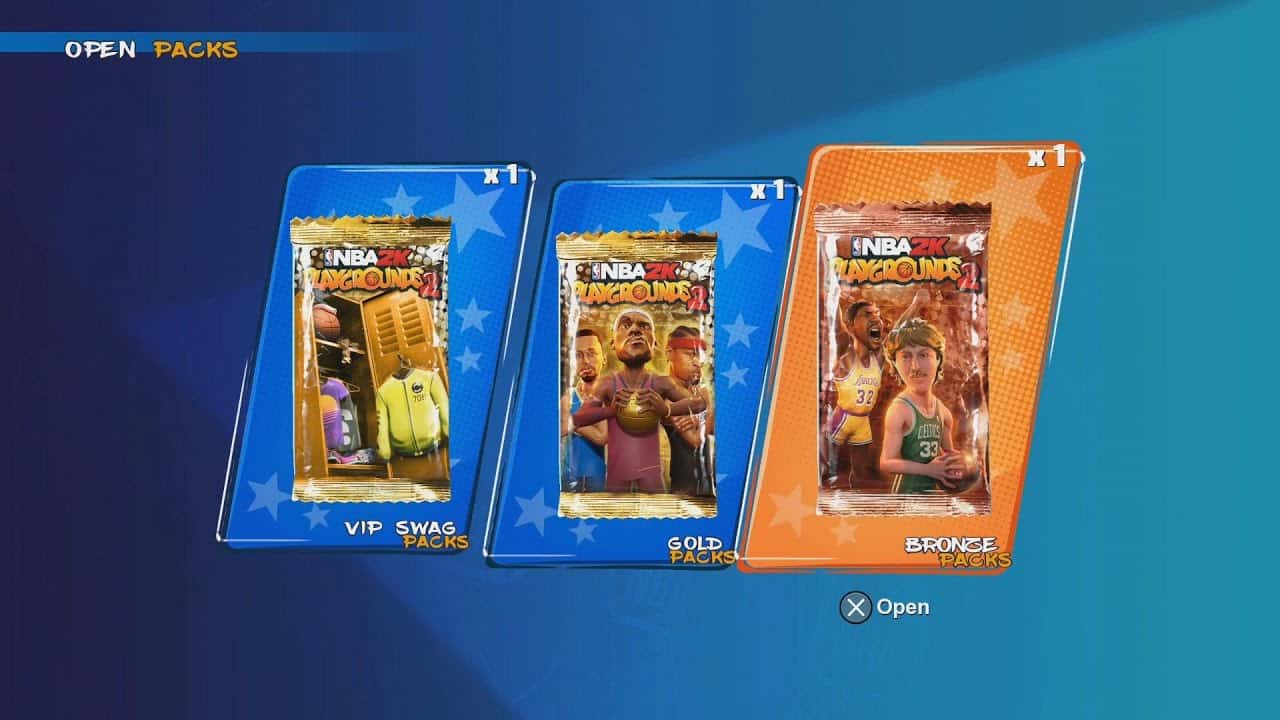 One of the truly wonderful things about NBA 2K Playgrounds 2 is that it’s now extremely satisfying to perform ridiculous dunks (even more so than it was before). The animations are fun and deliberately bombastic. Leaping from the 3 point line into a somersault as you pop the ball through the net. For this kind of over-the-top antics you get XP, which all helps to build up the progression of your player’s stats. Each individual player on your squad starts off as a Bronze, but by playing matches you will help progress them through the ranks of Silver and Gold towards becoming a Diamond player.

However it’s not as simple as just playing your little b-ball loving heart out. To earn that Diamond rank you will have to complete challenges with your player. This is a progression system that is designed to see you play with your favourite players as long as possible and will reward you for it. Whilst in the beginning things are easy to achieve as you progress, things get more challenging as you approach a higher quality of player.

“This now means that the opposing team will better use their available power-ups and take advantage in defence or attack situations with greater intensity. “

Alongside the new and improved dunking, NBA 2k Playgrounds have also improved the rival and allied AI behaviour. This now means that the opposing team will better use their available power-ups and take advantage in defence or attack situations with greater intensity. This also carries to your partner AI as well, who will look for better shooting situations and make better use of covering the court.

This was a mechanic sorely missing in the first game and one that caused occasional frustration amongst gamers as their AI teammate would often just stand there bird watching rather than playing the game.

NBA 2K Playgrounds 2 is a game that really knows how to target not only basketball fans but those looking for fun time as well. With more than 400 official players of the NBA available for gamers to obtain (including stars of the present like Russell Westbrook or Lebron James, as well as historical legends like Michael Jordan or Shaquille O’Neal), there’s no shortage of big names that even the most casual of fans will recognise. Of course these players are unlocked via card packs that encourage players to spend real money to get new players. However all players can be obtained for one reasonable price, so the system certainly feels more fair than others. The player system is also complimented with the addition of customisation for your unlocked players, from pants, tops, caps to colourful finishers. It’s all unlock-able in the game.

NBA 2K Playgrounds 2 certainly feels like a step up from the original and there’s fun to be had if you don’t take the game too seriously.