PAX Aus 2018: Land of Hope and Gorey plans to be accessible to all

There was a lot to see at PAX Australia this year, but only one game featured a vampiric drop bear on its poster. How can Land of Hope and Gorey not be great? I spoke with sound designer Brian to get the full details, plus some exciting plans to make the game accessible to gamers who might otherwise miss out.

In Land of Hope and Gorey, a post-Brexit government has come up with the smashing idea of raising the dead to make up for its lack of working citizens. This doesn’t turn out to be a very good idea (I know, right?) and plunges the country into a full-blown zombie apocalypse. The protagonist, Hope, is just trying to survive as best she can when she meets a strange zombie who seems to have retained his sentience.

From what I was able to play at PAX, it looks to be a fairly standard adventure puzzle game, with obstacles that must be overcome using some outside-of-the-box thinking. Protagonist Hope is smart, determined, and displays a talent for dry wit that pairs well with the game’s depressing atmosphere.

Hope has an inventory which stores the items she will need to overcome challenges and obstacles in her way. It isn’t exactly new grounds for puzzle adventures, but if it ain’t broke, why fix it? The isometric camera allows the combination of 2D artwork and 3D models to blend well.

The short demo showed off a good mix of exploration, talking, and puzzle solving, though it’s a shame we didn’t get to see the game’s other titular character, Gorey. It’s not clear as of yet what gameplay or narrative element he’ll add to the game.

Though the title’s a clever play on words, it’s not a game that focuses on the gore aspects of a zombie apocalypse. Rather than destroyed by base violence, the apocalypse has come about by poor decisions and inefficient bureaucracy. Though it does have comedic elements, sound designer Brian says that you can expect the game to keep its dark tone prevalent. “There’s a feeling of dread almost at all times,” he explains, “It always has that overall horror feel to it.” So it looks as though this game will be a tense narrative that relies more on the threat of zombies for its horror, rather than the more common action-filled bloodbath. 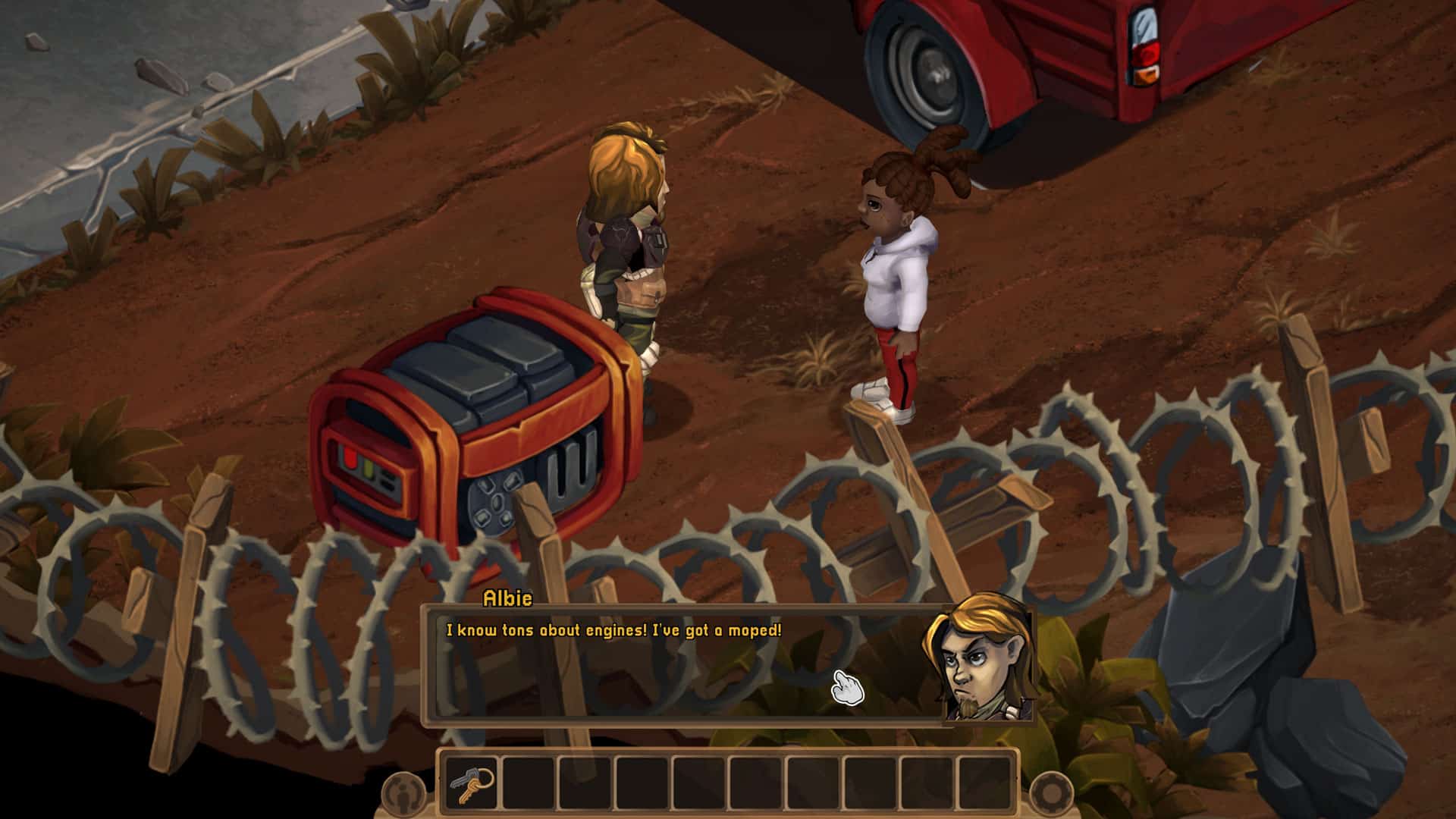 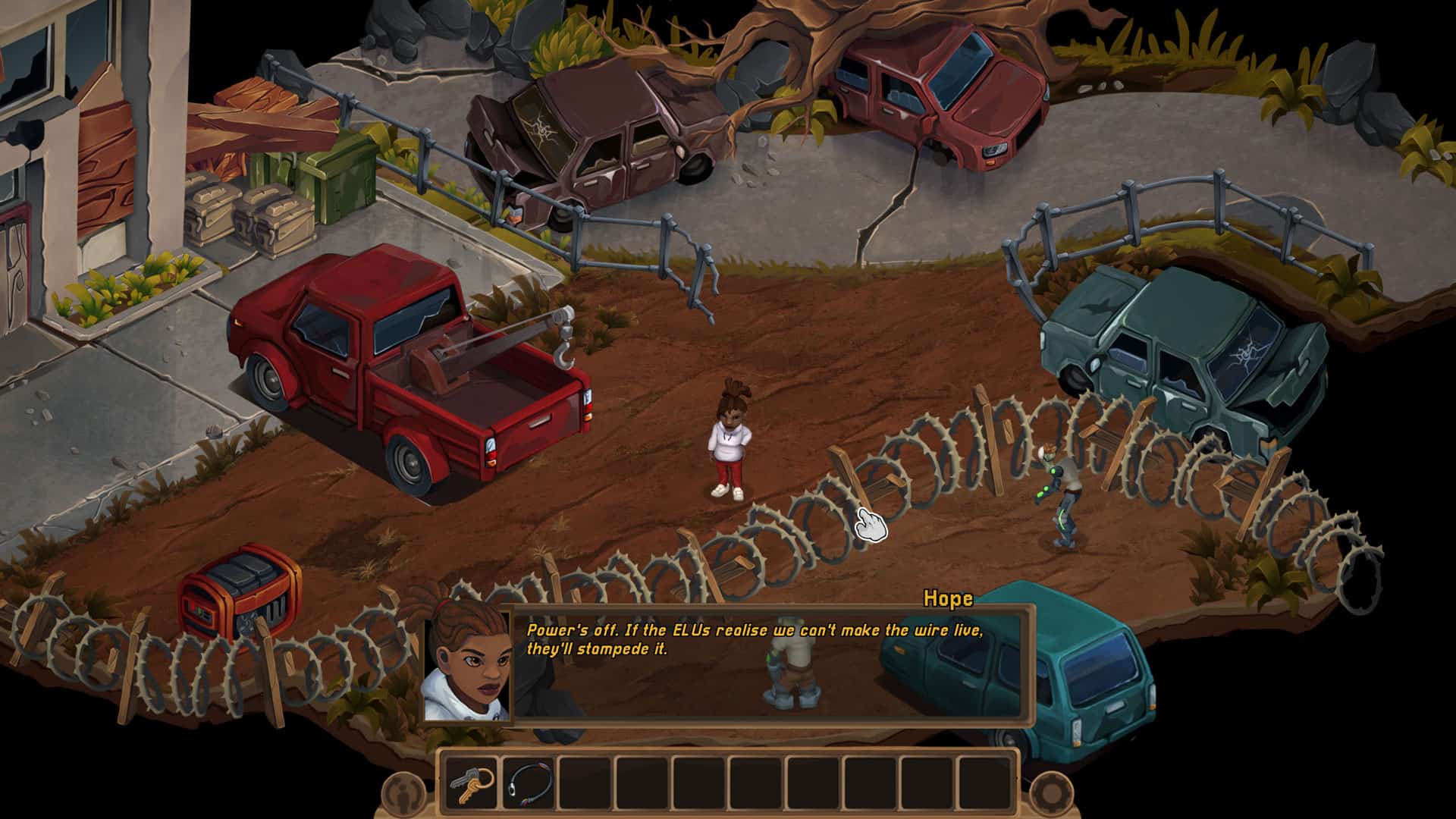 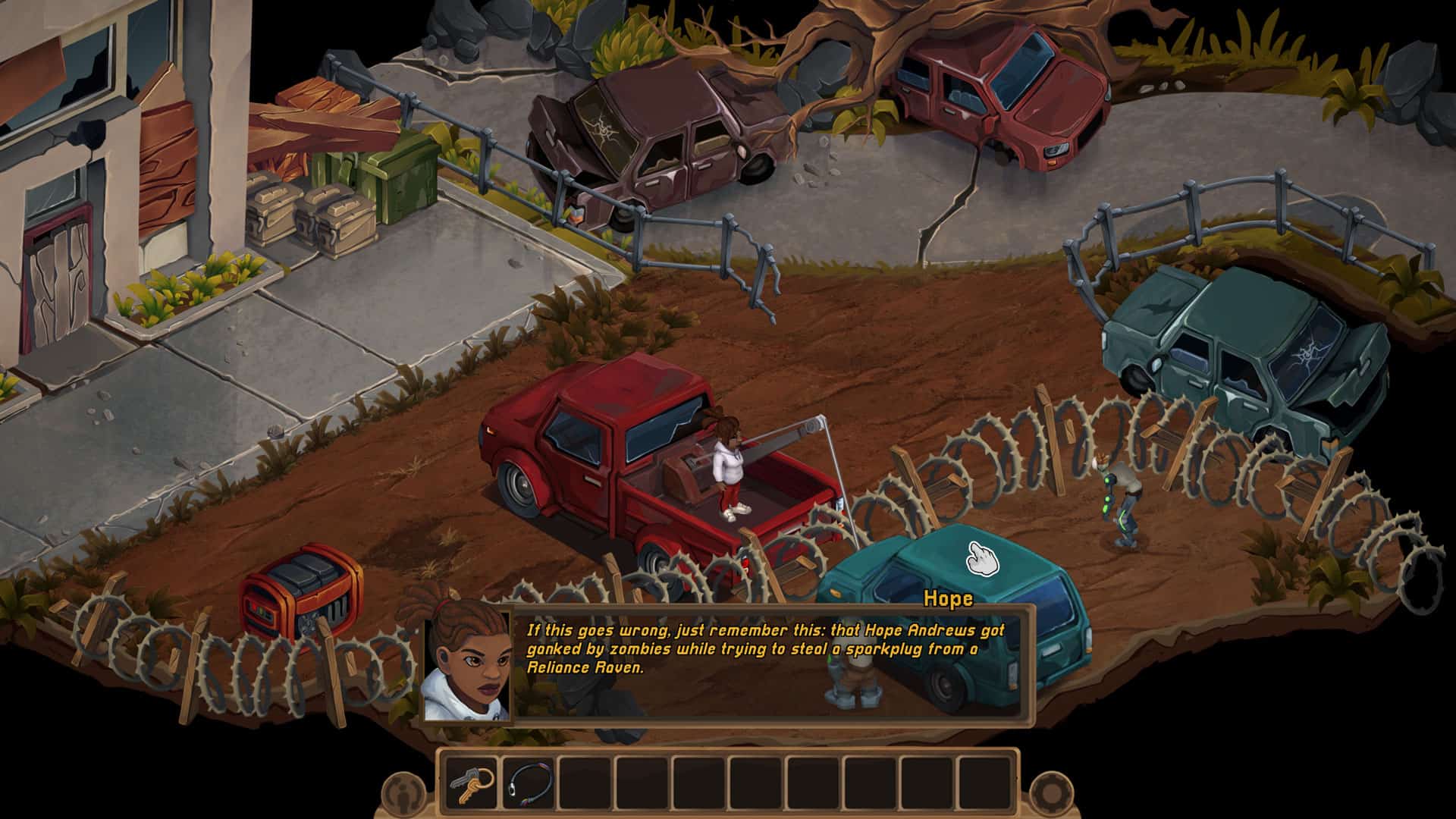 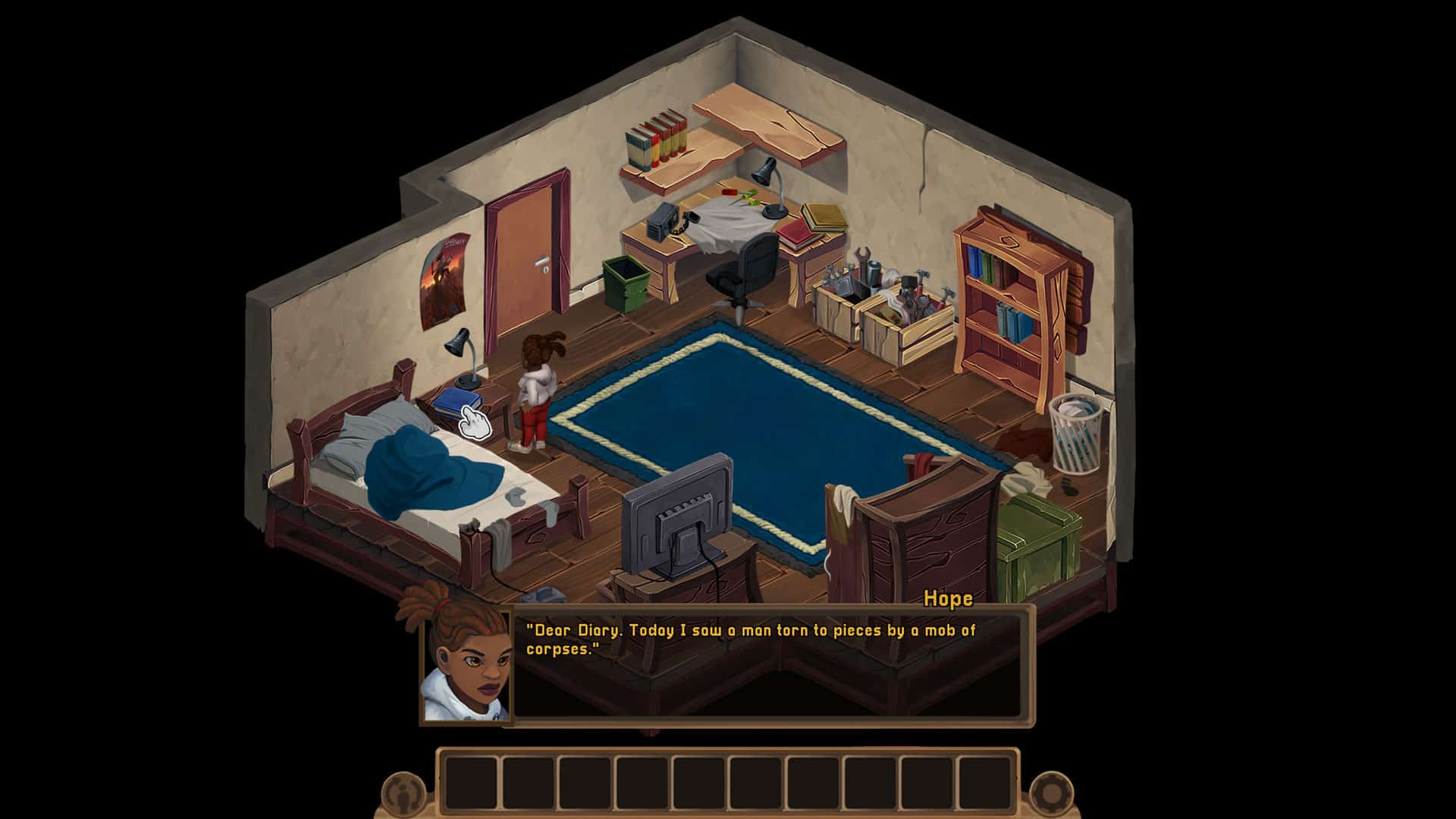 Brian also revealed a big driving force behind Land of Hope and Gorey’s design: accessability. Video games are a visual and interactive medium, meaning that people without full use of their hands or eyes are far too often left out of the fun. With a few clever design choices, Land of Hope and Gorey seeks to change this. For one thing, Hope is controlled entirely with the mouse and the left and right buttons, so only one hand is needed. Gamers who are colourblind won’t have an issue with his game either – the colour palette has been specially designed to avoid the hues and shades that cause the most trouble, according to Brian.

The team have something even more ambitious planned too. They want to make Land of Hope and Gorey playable to those without any sight at all! Using 3D localised sound and audio cues, the goal is to create a world in which it is always clear where the player is and what they can interact with. This version of the game wasn’t shown, so it’s probably still in early stages. We’ll be keeping our ears open for more news on this one!

Land of Hope and Gorey will hopefully be available next year. More information is available at the game’s website.