On the Saturday of PAX Australia I was whisked away behind closed doors to have a look at the upcoming Metro Exodus running off some pretty impressive and very high-end NVIDIA technology. Whilst I’m not a tech guy myself, the prospect of playing one of my most anticipated upcoming games was very alluring and boy-oh-boy did it manage to live up to my expectations.

The Metro series have always painted a bleak picture of a post-apocalyptic world. Hiding in bunkers and underground tunnels whilst mutated abominations roam around, posing an ever-looming threat. The Metro games handle atmosphere incredibly well with the player never quite feeling comfortable in their surroundings. The dank and gloomy nature of your environment certainly doesn’t make things any more joyous and it’s here that the Metro series thrives. So to be thrown out of the tunnels and bunkers and into dense forests and wide open areas in the Metro Exodus demo was certainly surprising. Yet the game manages to maintain that bleak atmosphere, even with the new setting. 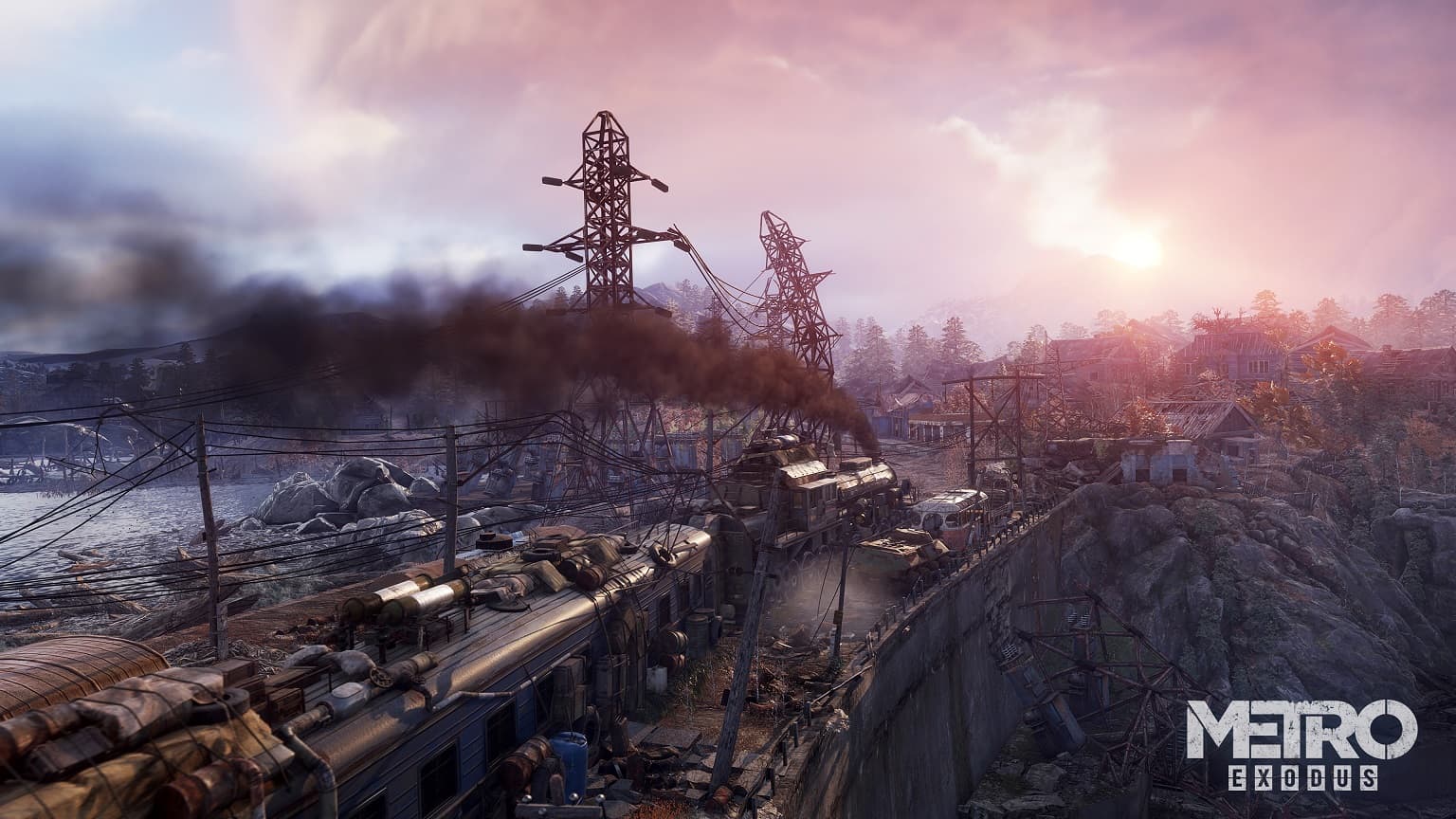 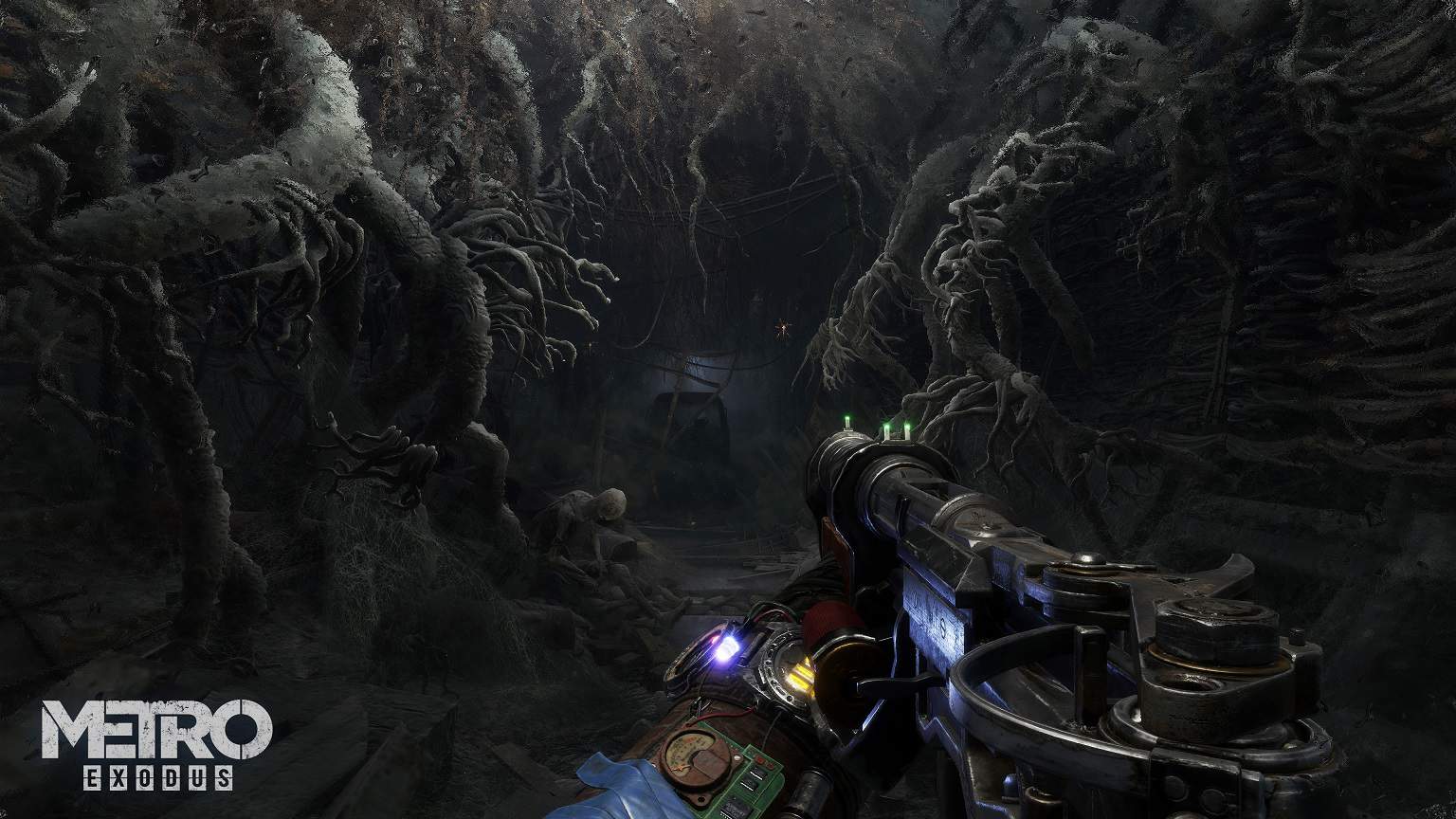 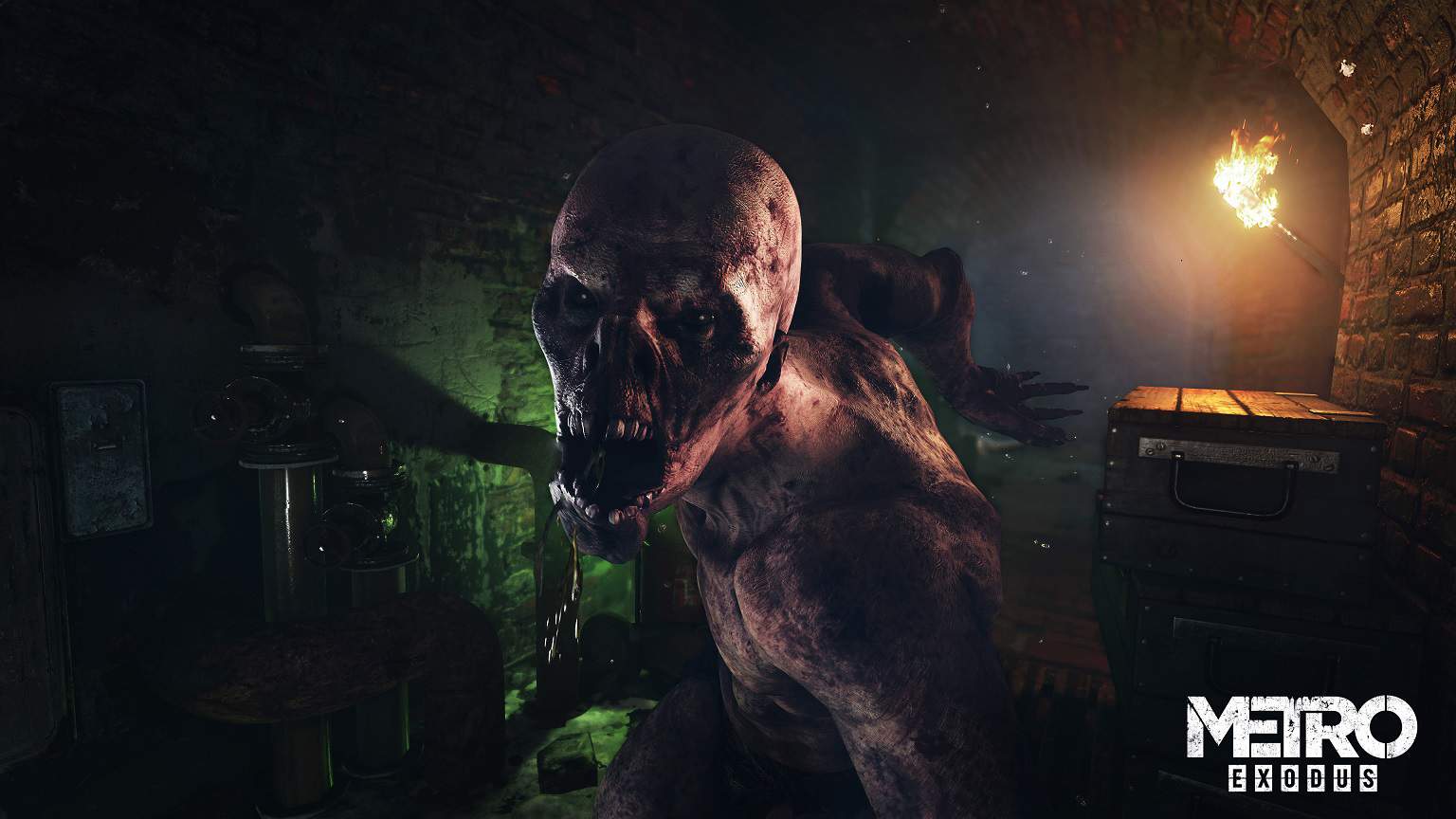 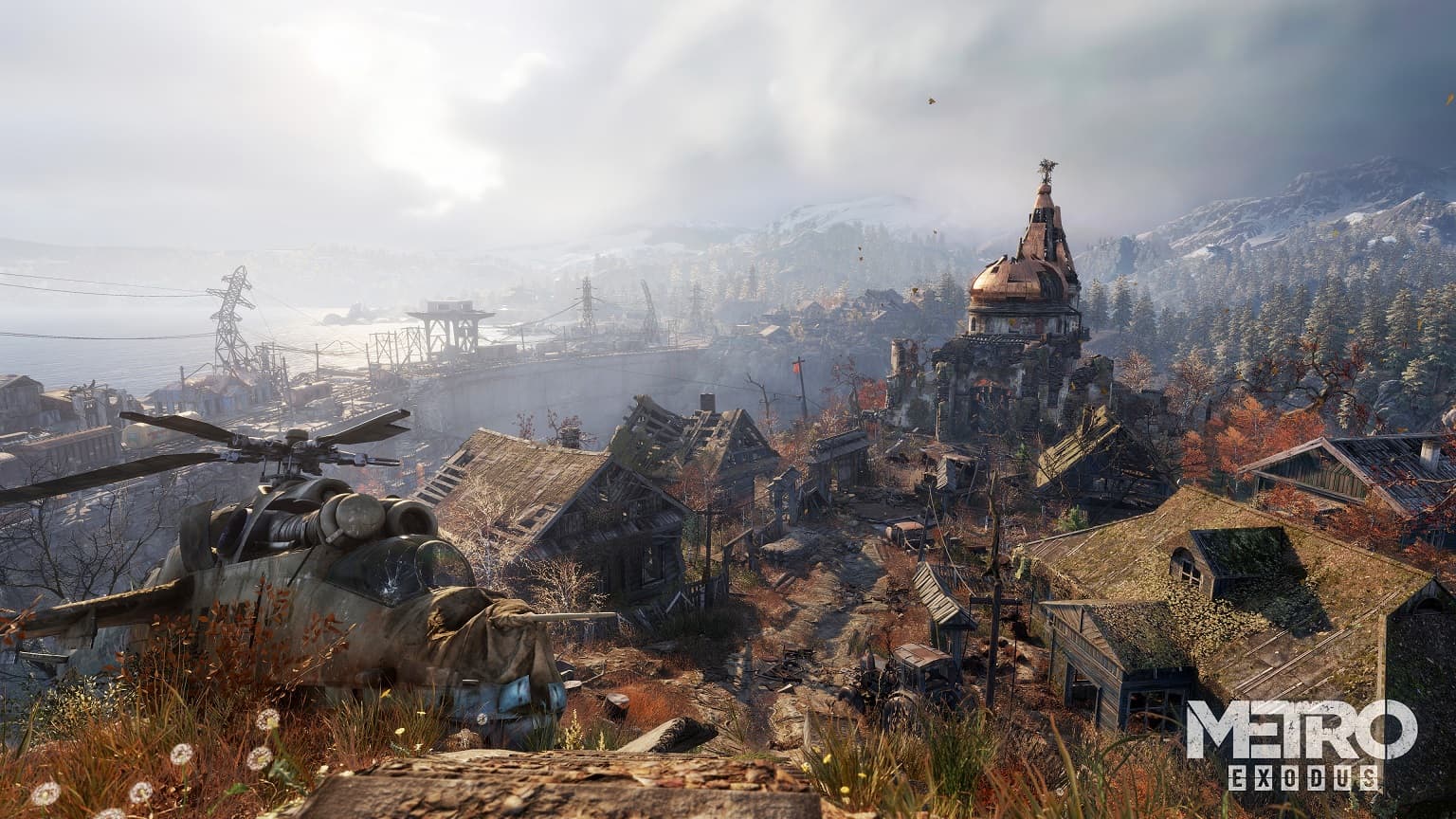 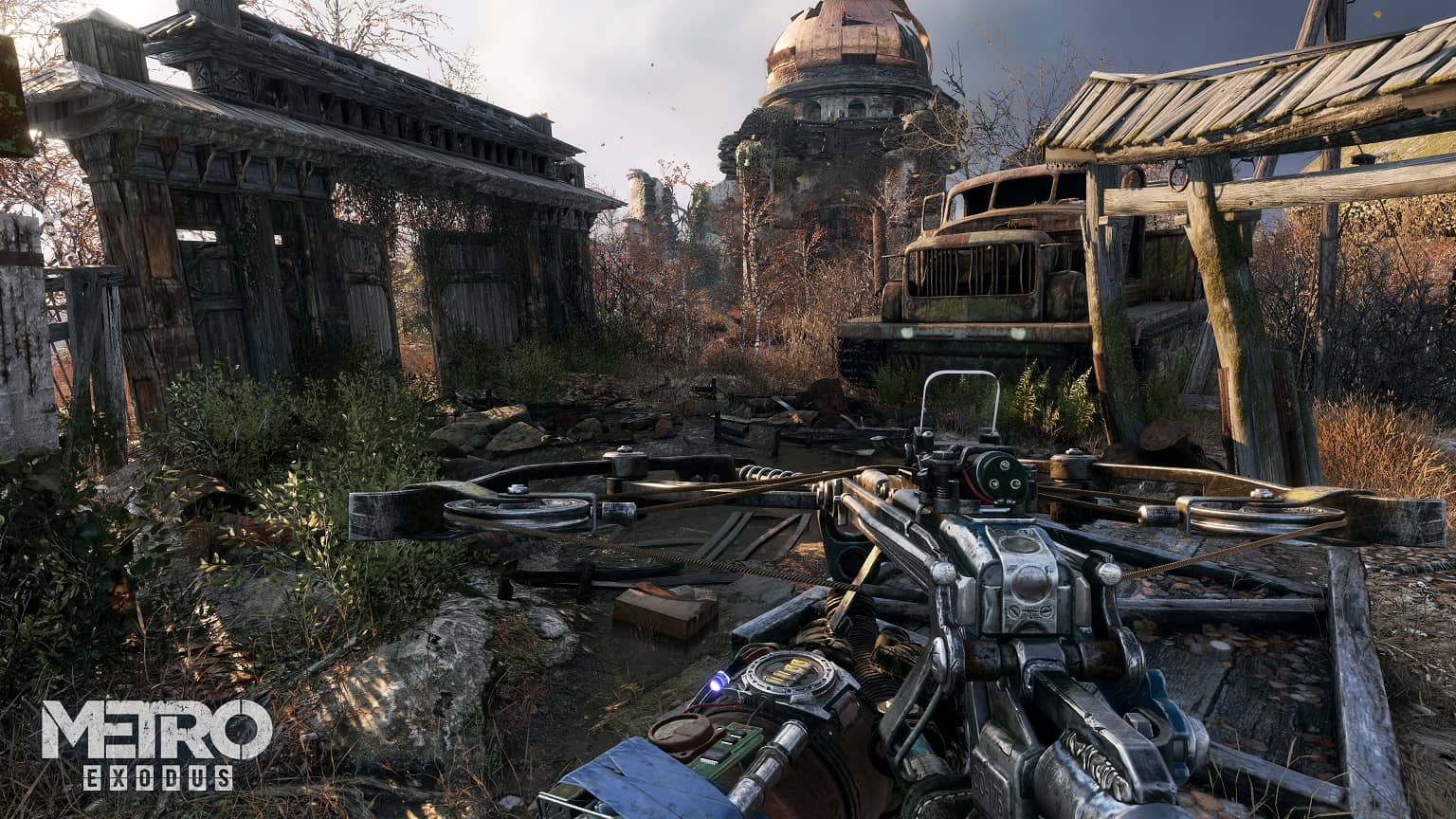 Let’s get something out of the way early, I was playing on some pretty high-end machinery running the latest NVIDIA technology. The PC I was playing on was beefed up with NVIDIA’s new series of GeForce RTX graphics cards so my play experience will likely differ to others. The team behind NVIDIA even openly admitted that it’s the kind of technology that is built for the future, with no expectations that your average gamer will have the same experience we did. Utilising ‘ray tracing’ technology meant that the game’s lighting was rendered incredibly realistically. The way light streamed through thin blinds, reflected off pools of water, and saturated the room with a warm hue was fascinating. It also meant that when things got dark, the darkness felt natural and not processed. When your only light source was a flicker of flame dancing atop your lighter, you really begun to feel that atmosphere the franchise is known for.

Explaining ray tracing from my own ill-informed perspective seems futile, but if you want to learn more I’d certainly recommend checking out some videos such as the one below.

Certainly the game looked and performed stunningly. Although beyond the bells and whistles was a solid foundation for a genuinely impressive game. Metro Exodus, even in just a small demo, felt more grandiose than the games that have come before it. It felt like it had taken inspiration from some other post-apocalyptic games and found a way to bring in that larger open world without sacrificing the feeling of isolation and despair.

Desperation comes over the player as tension grows around each dark corner. Ammunition is limited but the threats are very real which means every shot is crucial. Whether it is hostile human forces or overgrown wildlife, you never feel safe and nor should you. The world you exist within is dangerous and misfortune is scattered around you. Gun play feels great and the narrative felt very organic. Information was uncovered through exploration and I was pleased by the subtlety of the storytelling. At no point was I in communication with NPCs or companions which made the experience very lonely, in a good way.

Metro Exodus is expected to arrive February of next year. And thanks to NVIDIA and my demo at PAX Australia, the game has shot to the top of my anticipation list.