There’s nothing that draws the eye more in a crowded convention centre like something loud and flashy, so it comes as no surprise that Spin Rhythm found itself drawing a constant crowd all throughout PAX Australia 2018. The team behind this cool new rhythm game is Super Entertainment, hot off the heels of their successful mobile game Steppy Pants.

Spin Rhythm is fast, it’s flashy, and most importantly, playing it makes you want to bust a move. It looks pretty similar to existing rhythm games, but after playing it for just a short while I got the sense for its distinct style. It features music by a huge variety of EDM artists such as Nitro Fun, Subtact, Doug Holmquist and Tut Tut Child, to name just a few. Also on board is Hyper Potions, which you might recognise as the talented music artists behind Sonic Mania’s opening music track, ‘Friends‘. Apparently some of these songs have been commissioned exclusively for the game.

It’s a game I can easily see myself spending way too much time on. And according to Dave Curro, one of the game’s developers, it’s been quite the passion project for the team.

Dave described to me the team’s love for rhythm games such as Guitar Hero, Dance Dance Revolution, and Rock Band. Funnily enough however, this game wasn’t originally intended to be a rhythm game.

In its original prototype, it didn’t have rhythm elements at all and instead had a three-colour wheel that players had to match with coloured blocks that attacked the player from all angles. According to Dave, it wasn’t exactly a hit, as nobody could play it without developing a headache. It wasn’t until a lot of tinkering by co-developers Shath Maguire and Stephan Last that the game changed into the rockin’ experience it’s turning out to be.

“One third flow,
one third rhythm,
and one third puzzle.”

While the mobile and Steam controls will be standard for a game like this, Super Entertainment has fashioned an awesome custom controller. It’s a DJ turntable that allows you to manually spin the on-screen disk left and right to correctly match the colours coming down the track. You’ll have to tap, turn, and spin the turntable to hit particular beats, which adds a small but enjoyable layer of difficulty. There’s a component that sits to the left of the turntable that you’ll need to tap with your other hand to hit some beats too, so you won’t be able to get away with going in one-handed.  It felt incredibly satisfying to give the wheel a solid spin and watch it catch the next beat seamlessly. 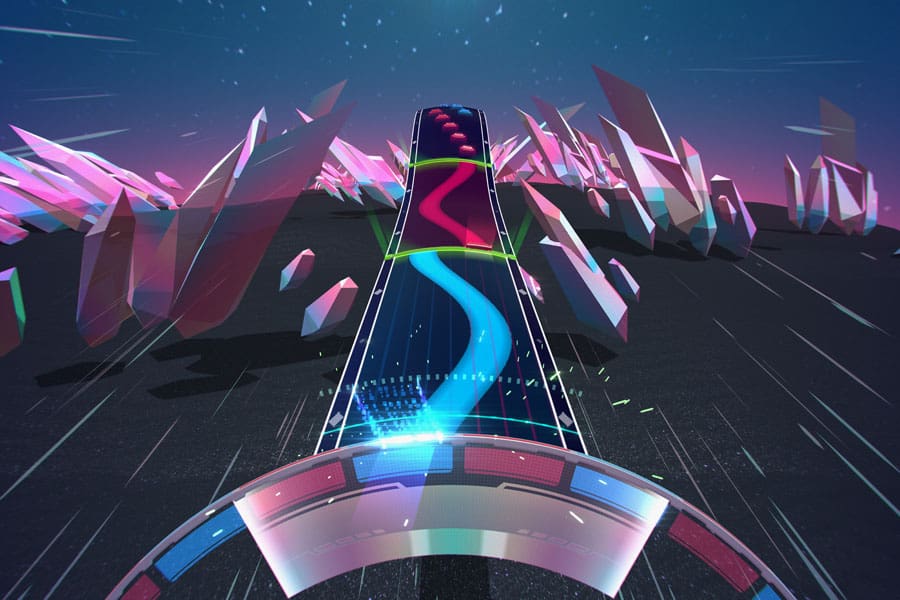 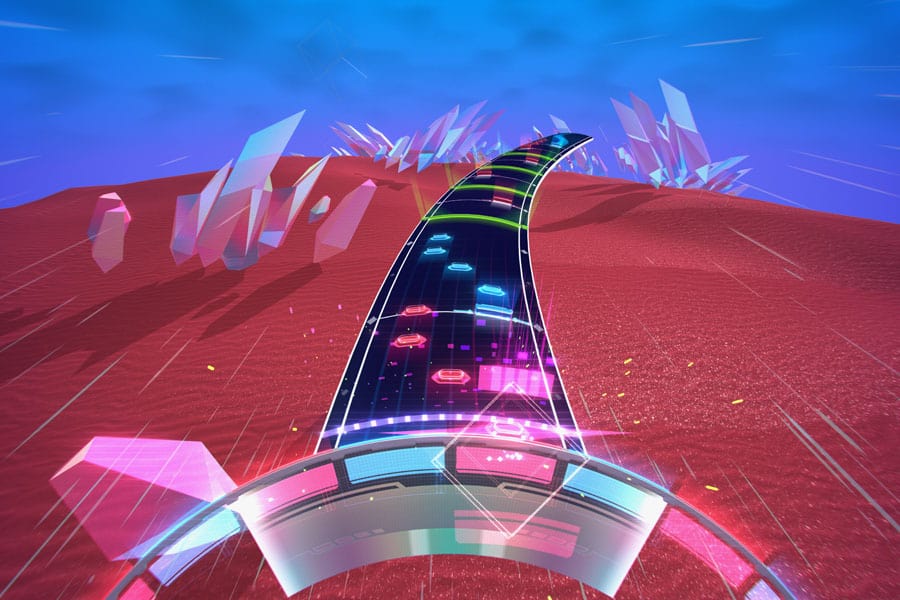 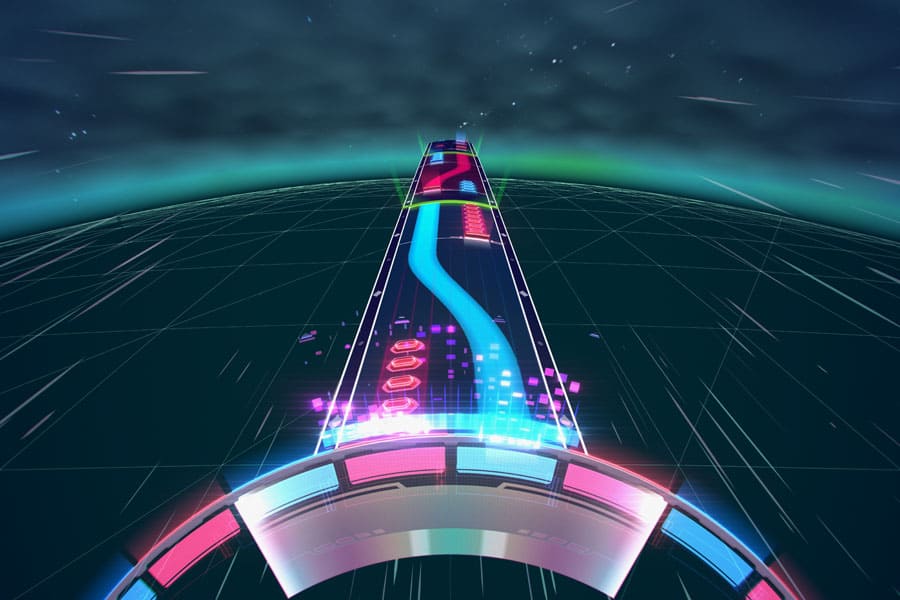 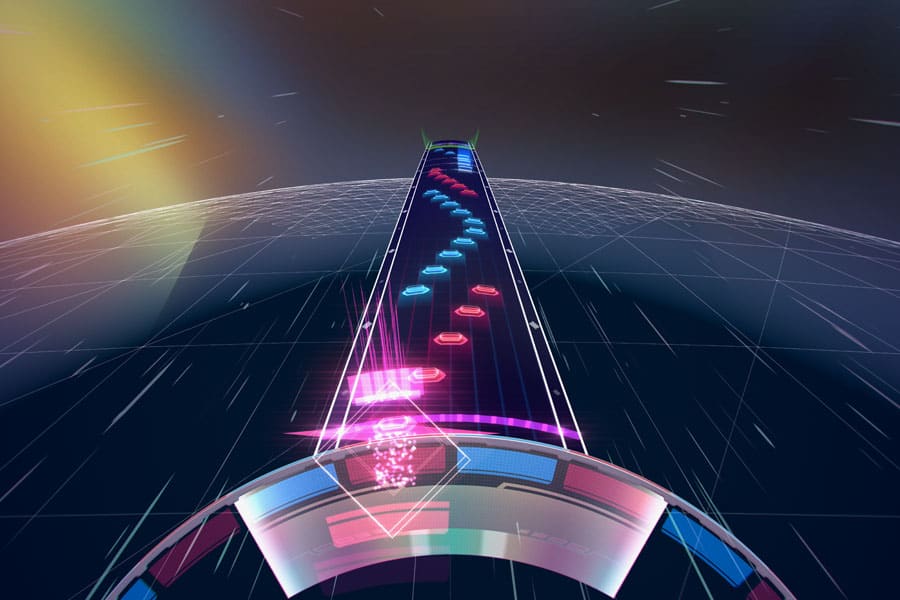 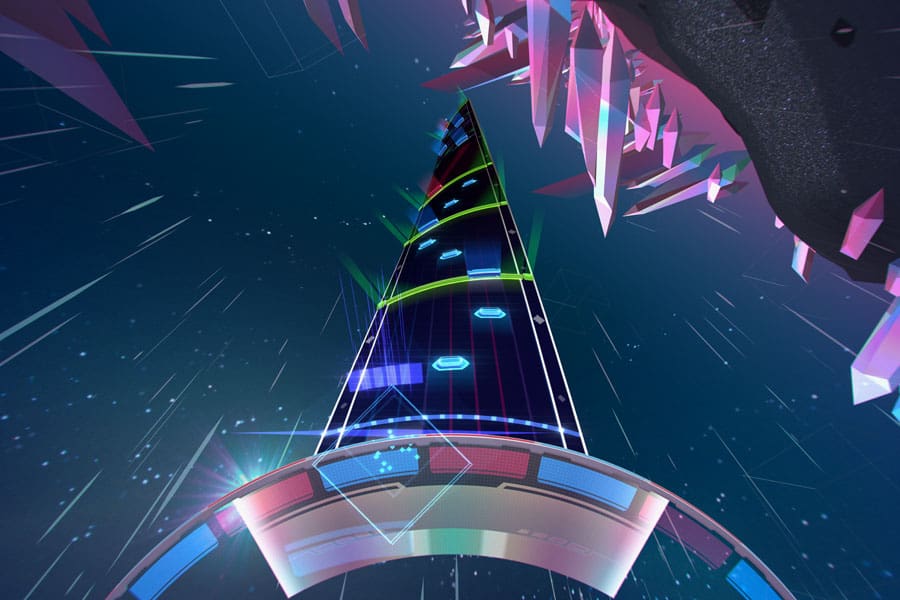 While the game will undoubtedly still be fun with touchscreen or mouse controls, the turntable is by far my favourite. Nothing is going to best the fantasy of controlling the beats with a real turntable at your fingertips. The hands-on experience of the custom controller and its upbeat levels of 3-4 minutes makes it the kind of game what would be perfectly at home at an arcade – I know I would use up all my coins on this one. It might be a long shot for that to happen, but the team has received a lot of interest towards a peripheral, so we’ll be looking forward to more news on that at least.

Dave hopes that Spin Rhythm can inspire a love of EDM in its players, just like working on the game did for him. It’s due for a mobile and Steam release in 2019, and when it does I’ll definitely be interested in those custom controls.