Zero Latency has been operating in Australia for a few years now, looking to evolve the virtual reality experience for consumers. While VR has become recently available in people’s living rooms, it’s still impossible to replicate the full-on experience that Zero Latency provides.

A large warehouse space where you can physically move around in virtual reality, shooting enemies and exploring the environment? From its humble beginnings in Melbourne back in 2015 (and a second site in Brisbane since 2017), they’re still looking at ways to innovate in this space.

Where previously their games were focused around shooting zombies or other AI enemies, their new game Sol Raiders is a fully PVP experience, meaning you can kill or be killed, complete with objectives and respawns. The Checkpoint team had a chance to try out this new game mode ahead of its launch, and we have some thoughts.

Luke: After playing VR from the comfort of my couch (or in the less comfortable but still restrictive PAX show floor), I was eager to see how the experience translated to a scenario that required actually moving around wirelessly. It’s the kind of  thing that would require a lot of money to set up in your home, let alone some proper tech experience for it to work properly. Zero Latency provides a fully wireless physical VR game that I’ve always dreamed of.

I will say, even with a lot of time spent in a headset in the past, it took me a few minutes to properly adjust to the idea of walking around a space with the headset. That lingering fear of not seeing my own legs and not knowing if I was near a wall (or another player) took some time to fade. Once it did however, Sol Raiders was very immersive. Walking through corridors, opening doors and being transported on elevators and moving platforms made for a rush that felt unlike any other game I’ve played before.

There’s definitely some moments of “feeling odd”, like when you’re walking up a ramp visually but don’t get the physical incline. You need to trick your brain into making it more seamless, which is a little jarring.

The games themselves were fun, if not a little simple. Objectives to complete involve using your guns to aim at a ball to push from one side to another, or moving around shooting  at pop-up targets. Their simplicity didn’t take away from their fun though, as it allows for you to get comfortable with the concept, which would otherwise potentially overwhelm newbies to VR. I definitely had a good time – especially when I won the award of “Most Valuable Rig”. Naturally.

I will say that the tech is impressive. Interacting in a virtual world with other real virtual players is a blast. It feels like a far-off fantasy come true. Your robot conduit is an extension of yourself and it even takes on your height as a physical property. Your robot is infinitely recyclable and will respawn pretty soon after death. This means if you’re anything like me you’ll begin flinging yourself wildly into the enemy team with a lack of regard, a tactic that probably didn’t help me take a top spot on the leaderboard.

Where Zero Latency let me down a bit was on the software side. The actual PVP game modes we played in weren’t particularly inspired, boiling down to simple, monocoloured, small arenas. You could duck your character down but a lack of chest-high walls to take cover behind made this feature basically redundant. All 3 maps we played on had a lack of variety to the environment with only a few paths that could be taken. I often found myself stuck behind a teammate because the corridors were so small and there were so few paths to take I just had to wait or awkwardly shuffle in beside them. There were so few options that tactical thinking was limited, certainly don’t expect to be able to flank or surprise your foes. There’s a massive warehouse that could be utilised but I was never more than 10 steps away from where I started. I have no doubt this was intentional design, possibly to stop players from hurting themselves, but it didn’t make for an engaging warzone. 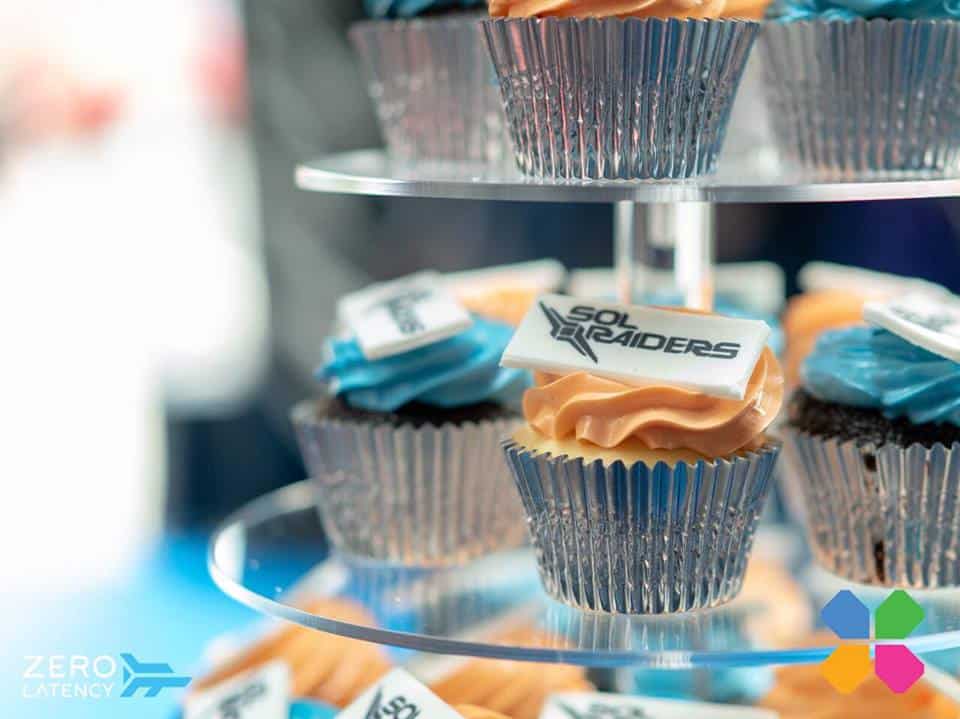 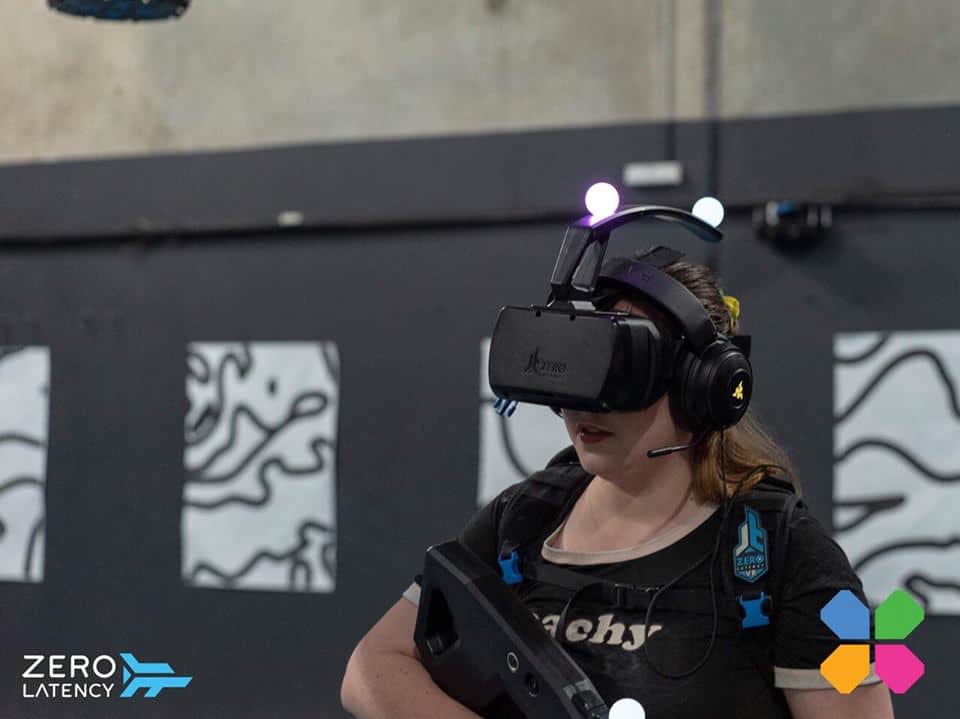 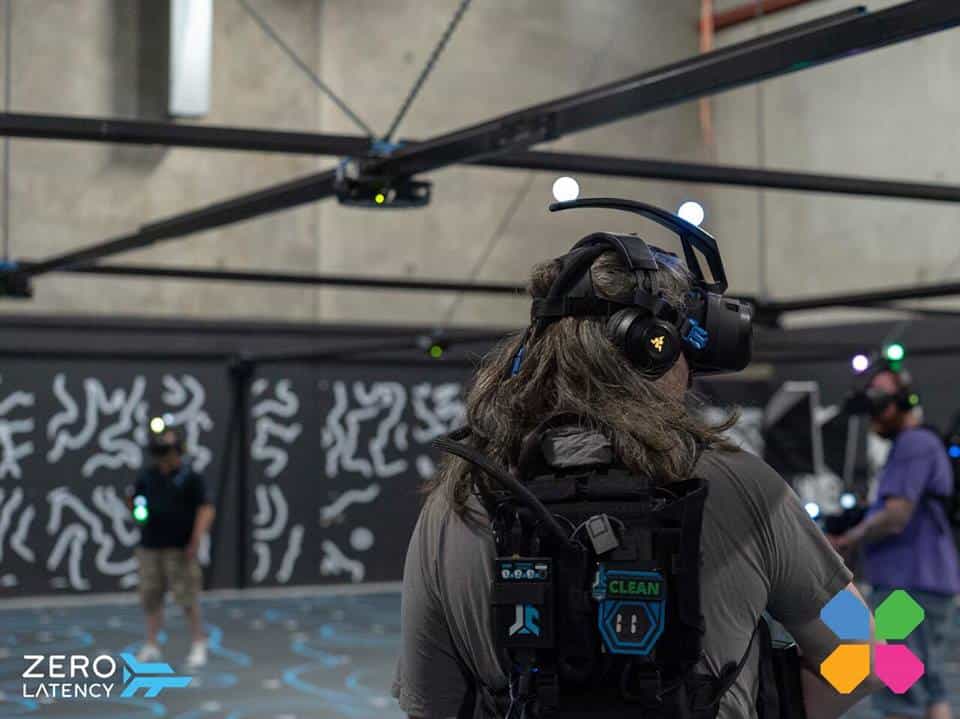 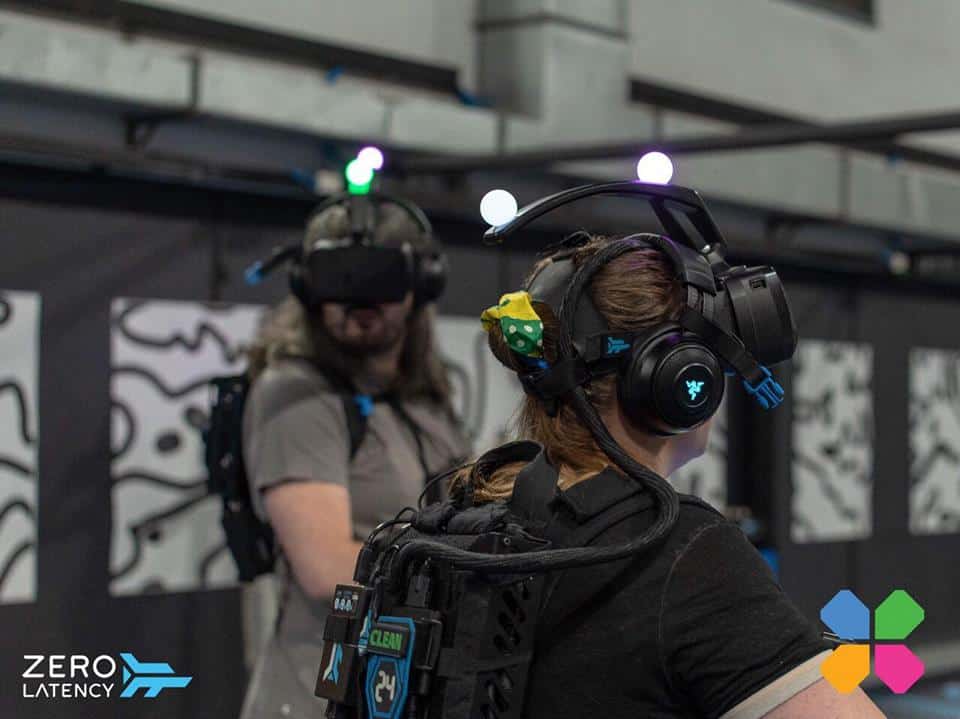 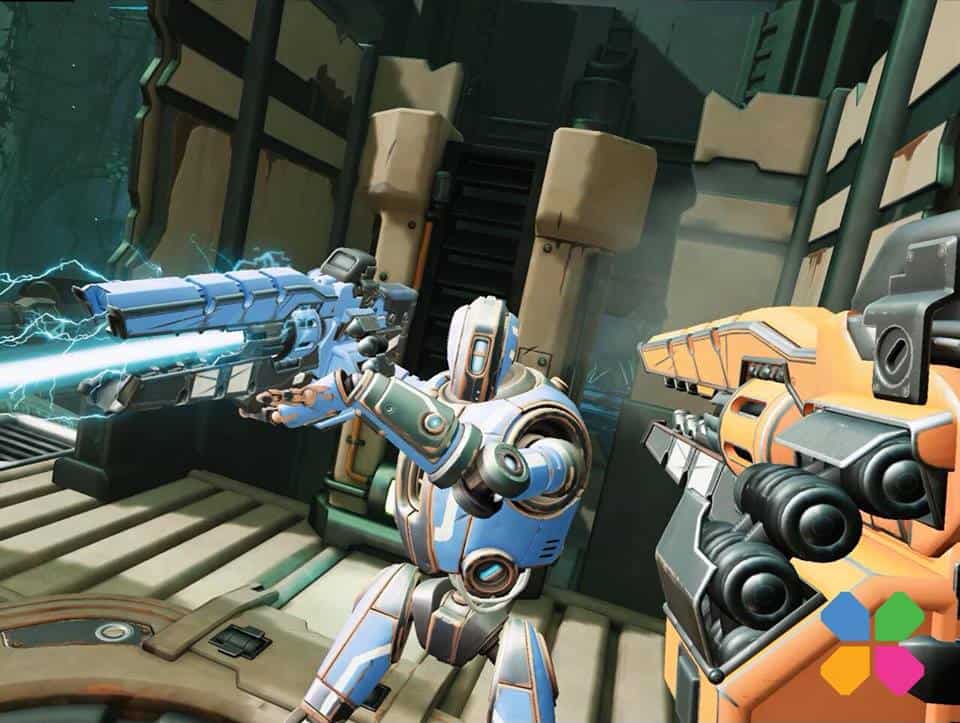 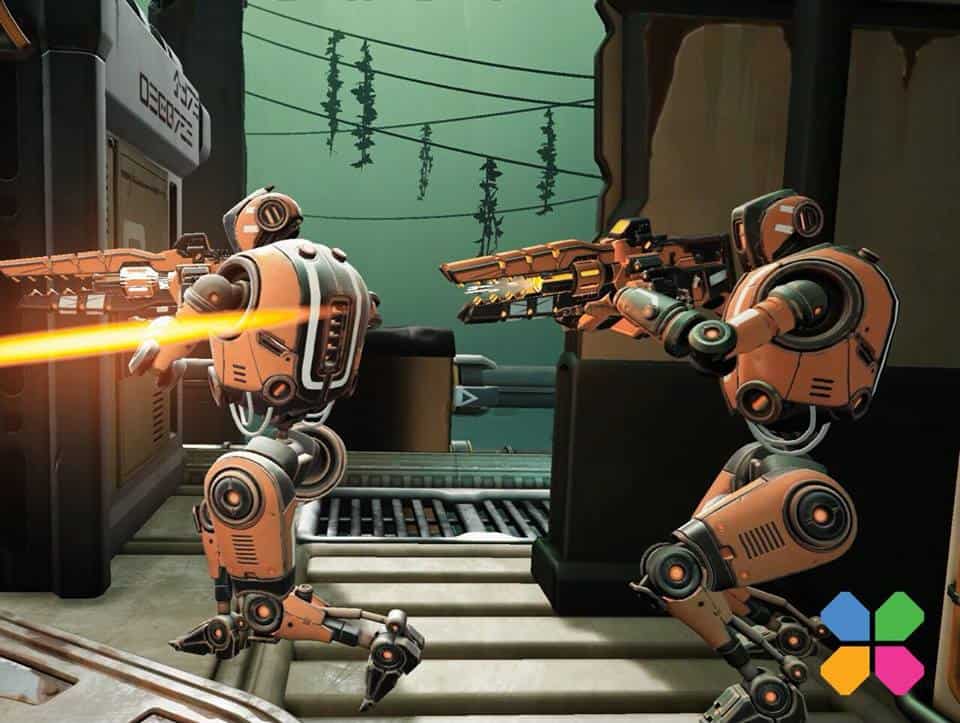 Edie: I’m a total beginner to VR -I’ve watched it grow in popularity from the background, never quite believing the hype. The high price of entry doesn’t help, either. And I don’t think I will ever be convinced to kit my home out with VR, but visiting Zero Latency for this demo has definitely won me over to the idea of dedicated VR spaces. This was the first time I’d visited the place and I wasn’t sure what to expect.

If you’ve ever been to a laser tag venue, you’ll be somewhat familiar with the experience Sol Raiders provides – just add an extra kilo of technology strapped to your back. Strangly enough, that feeling of being covered in tech actually works for Sol Raiders, since you’re playing as robots! The visuals were very impressive, and it took a while to get used to the disconnect between what I was seeing and what was really around me. After that though, it was easy to forget everything else and start shooting up a storm.

“It can be awkward telling Susan, who you only just met before the match, to move because she is blocking the way out of the spawn point—I speak from experience.”

Cameron: So here I come as the old hat at Zero Latency. I’ve been a massive fan of their work since they first opened and have visited often, I’m even part of their Alpha/Beta testing community. However up until this point it has obviously only been cooperative endeavours working with your team so I was excited to see what the team would do to adapt the games I already knew.

I’ve also recently adopted VR at home which has been fun but there is something uniquely enjoyable about the freedom to move around this space without fear of stepping on my cat. The thing that stood out in contrast straight away for me is the fact that there are more people on the field and the way the levels are built means that you spend a little more time navigating around your team mates as you rush to the action. Funnily though it seems that the levels have been designed so that while on the screen your opponent is in front of you they are physically actually a few meters away to avoid enemy collision.

Thankfully the levels are developed in a simplified way, most likely to avoid an overwhelming experience or an overbearing learning curve. To its credit as well levels are focused on objectives, this means that while kills help the end result they aren’t the only focus and teamwork is key. This is why I would highly recommend playing with someone you know, even just on your team. It can be awkward telling Susan, who you only just met before the match, to move because she is blocking the way out of the spawn point—I speak from experience.

At the end of the day are you going to pop down to play Sol Raiders every night? No, but the game is not intended to be played like that. This is a chance to experience VR in a way that you won’t be able to at home, and even better with a bunch of mates. Just like they took their initial idea with their first game and branched into lots of different experiences I hope Sol Raiders is a jumping off point for further experimentation in the field of VR experiences.

Sol Raiders is available to book tickets now at its Melbourne and Brisbane locations here in Australia, it will also be available at most international locations but it’s worth contacting your local Zero Latency to double check availability. You’ll be able to play multiple sessions of Sol Raiders or pair one session with another of the shorter games they offer such as Engineerium, Singularity or Zombie Survival.

You can check out their offical website to check availability or book tickets. Be sure to tune in to Checkpoint on Joy 94.9 on the 23rd of February as we’re joined by the Zero Latency team to discuss Sol Raiders, the leaps they’ve taken in the world of VR and what the future holds for VR as a whole. So be sure to tune in and send through any questions you might have about Virtual Reality.