The Surge 2 Preview – A fast-paced, fun, and rage-fueled ride

The Surge 2 is a Souls-like action role-playing game developed by Deck13 and published by Focus Home Interactive. The game is a sequel to The Surge, which was released in 2017, and we had the opportunity to play through the first few hours ahead of its release later in the year.

Set in the same futuristic dystopian universe, the story of The Surge 2 largely takes place in Jericho City, a dilapidated city plunged into chaos after an epidemic has broken out. In a ruthless environment reigned by the survival of the fittest, people roam the streets scavenging metal scraps in order to make stronger armour and survive.

In The Surge 2, you start the game by creating your own custom character. This is a change from the first game where you could only play as Warren, The Surge’s original set protagonist. After its release, The Surge got some criticism for having a bland story and an array of similar-looking industrial settings. While the settings are beautiful and definitely more complex, designing your own character in The Surge 2 unfortunately doesn’t signal a more complex story coming your way this time; at the start of the game, you wake up in the sick bay of derelict detention facility with no memory of how you got there. When taking your first steps into the wider building, you quickly discover that the prison is in complete mayhem; prisoners are attacking each other for gear, ceilings have collapsed and half the rooms you enter are engulfed in flames.

With little to no context to start the game, The Surge 2’s story opening feels like a stale and cliché trope from a Nineties’ Bruce Willis movie at best. This doesn’t get much better as you progress through the game; even though there are recordings – called ‘audiologs’— scattered throughout the environment to give you more information, you mostly end up listening to cheesy dialogue that doesn’t enlighten you in any way nor add much depth to the world that you’re in. 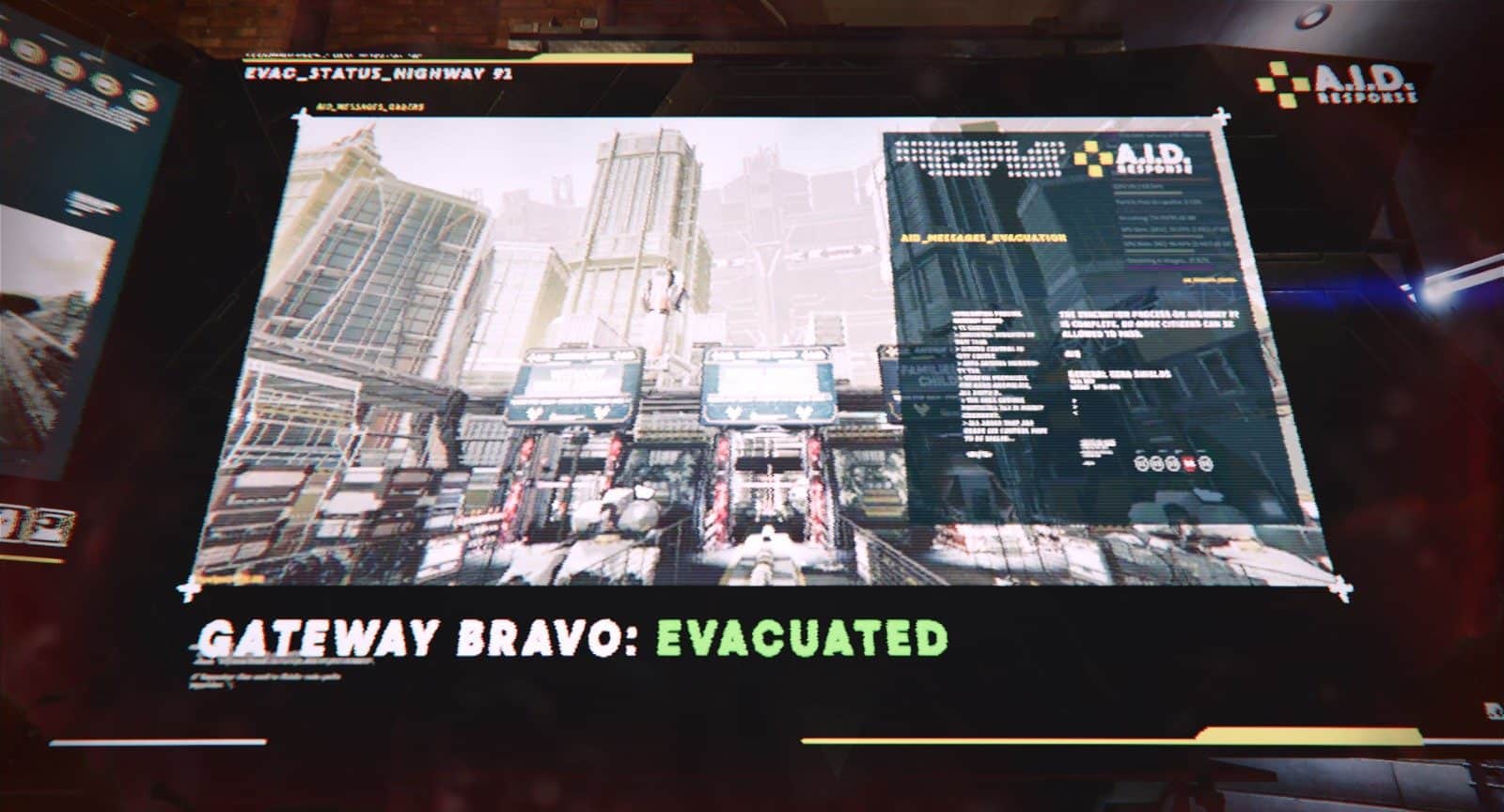 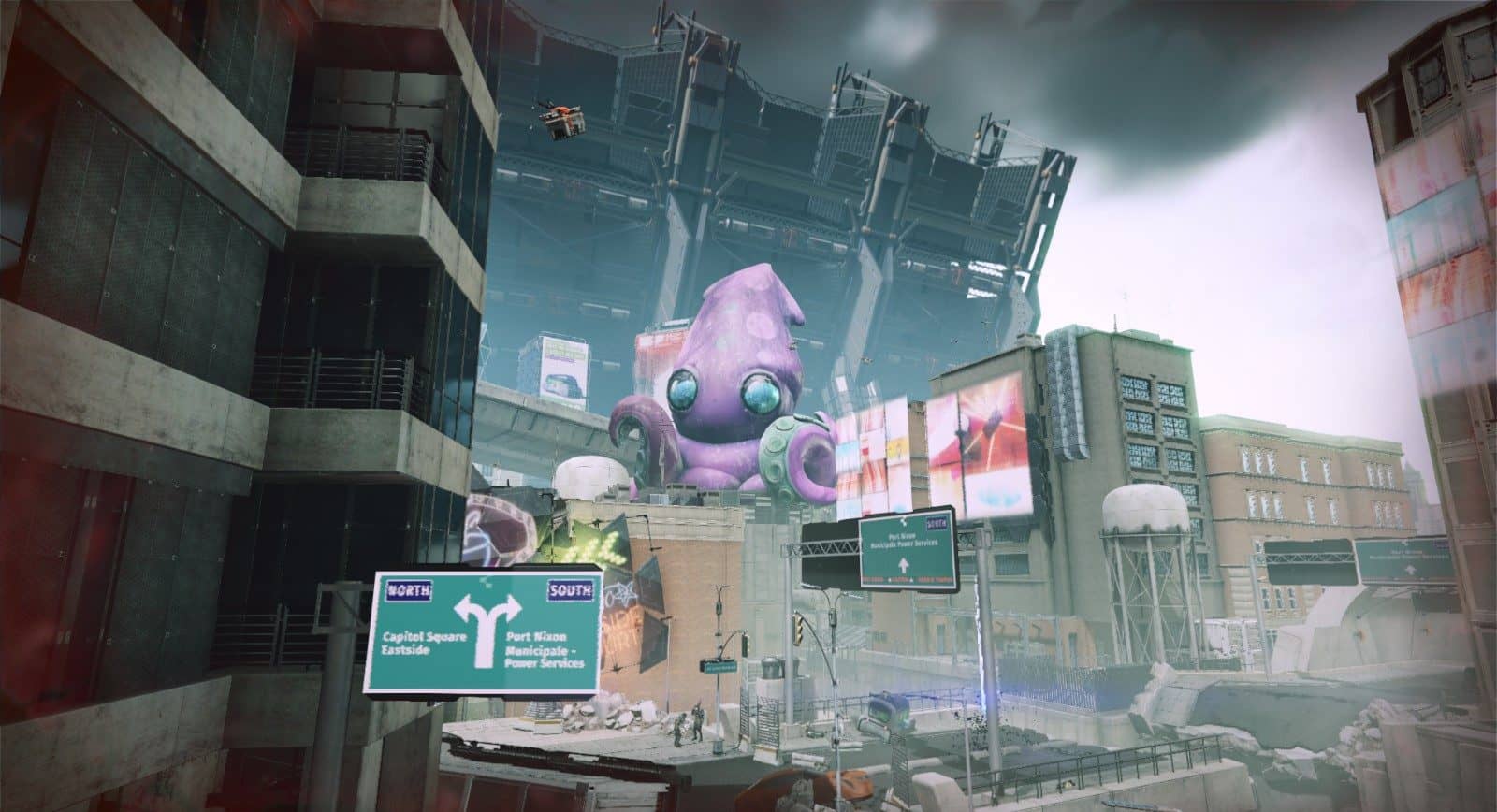 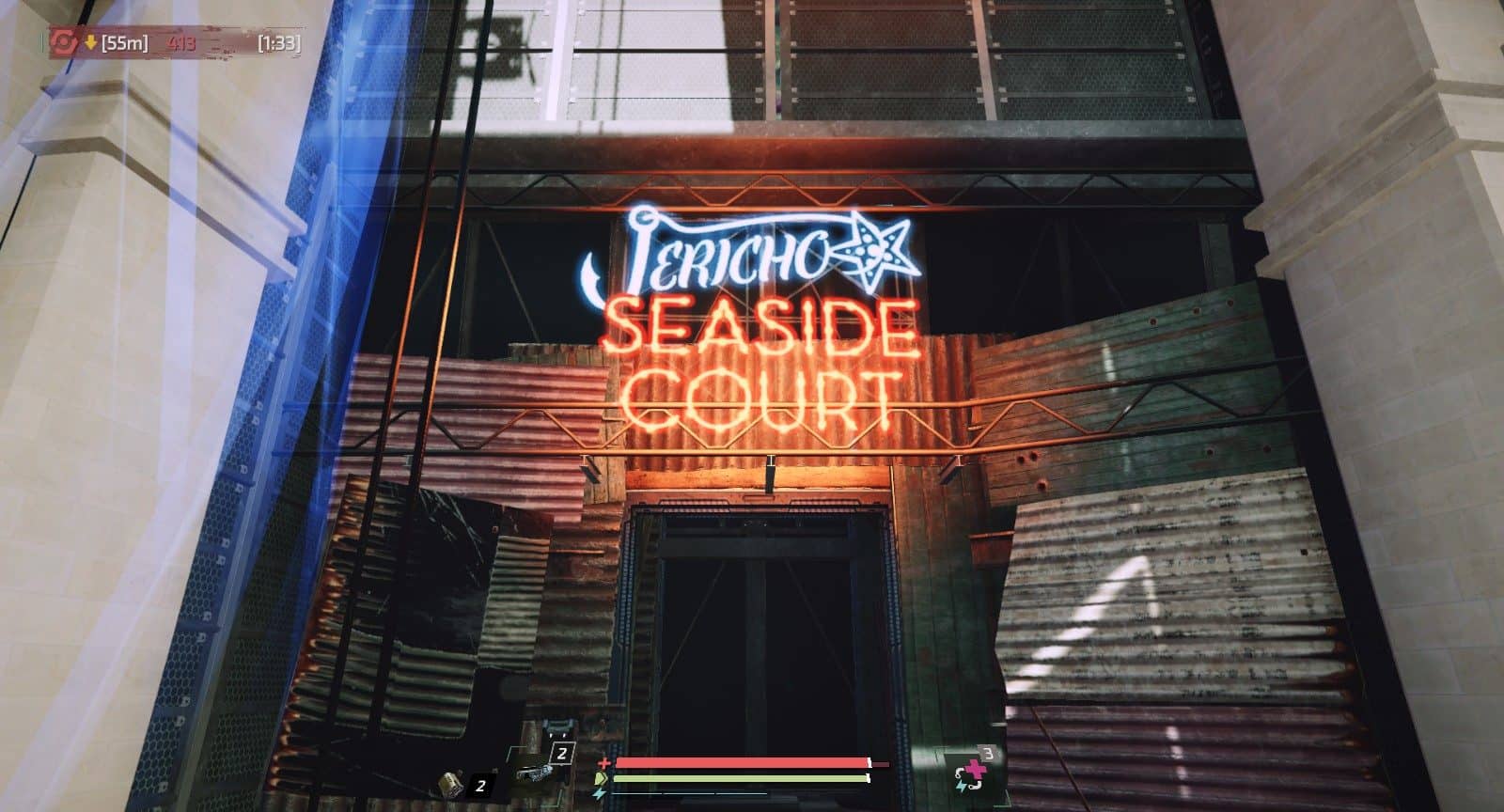 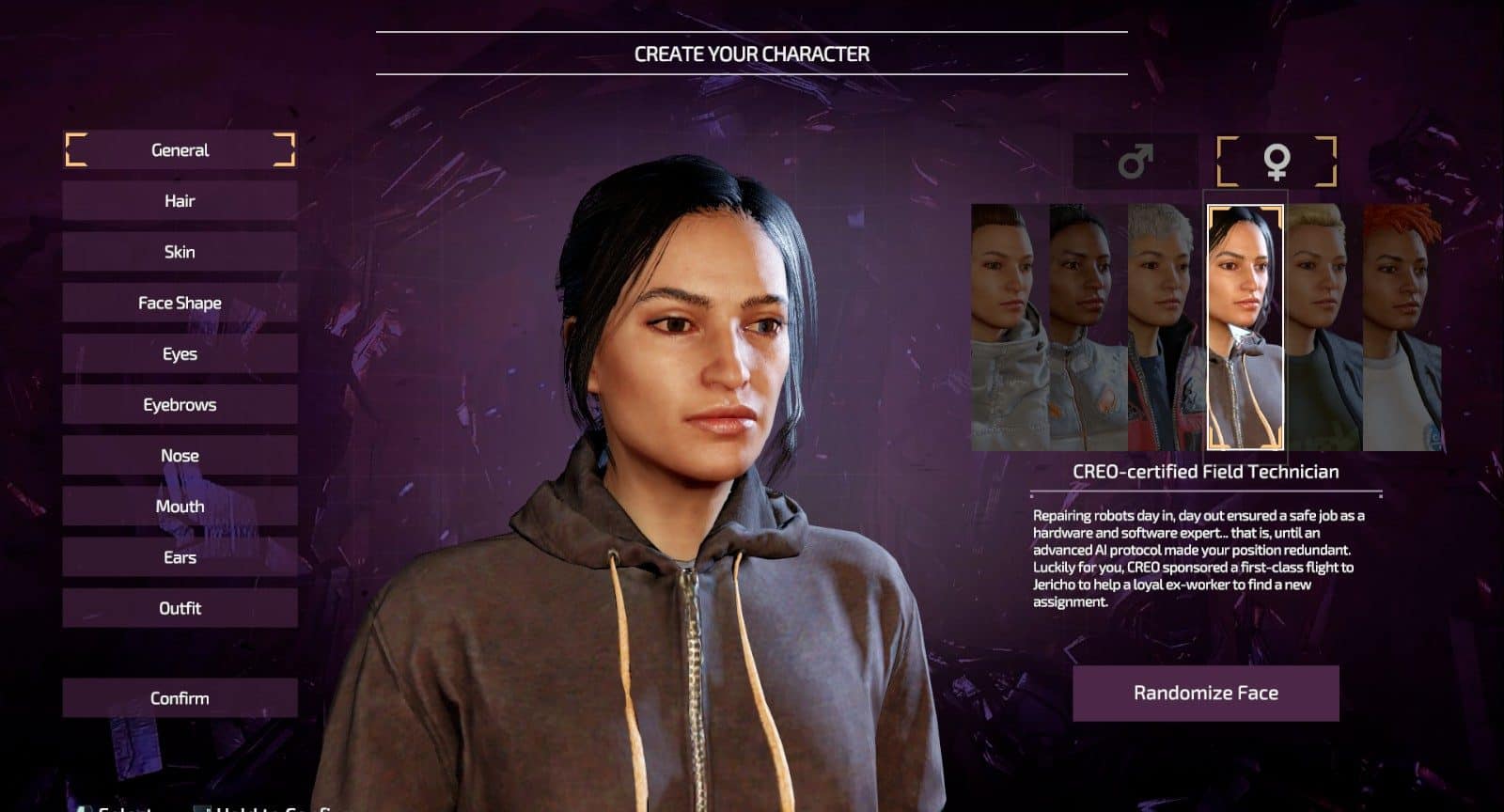 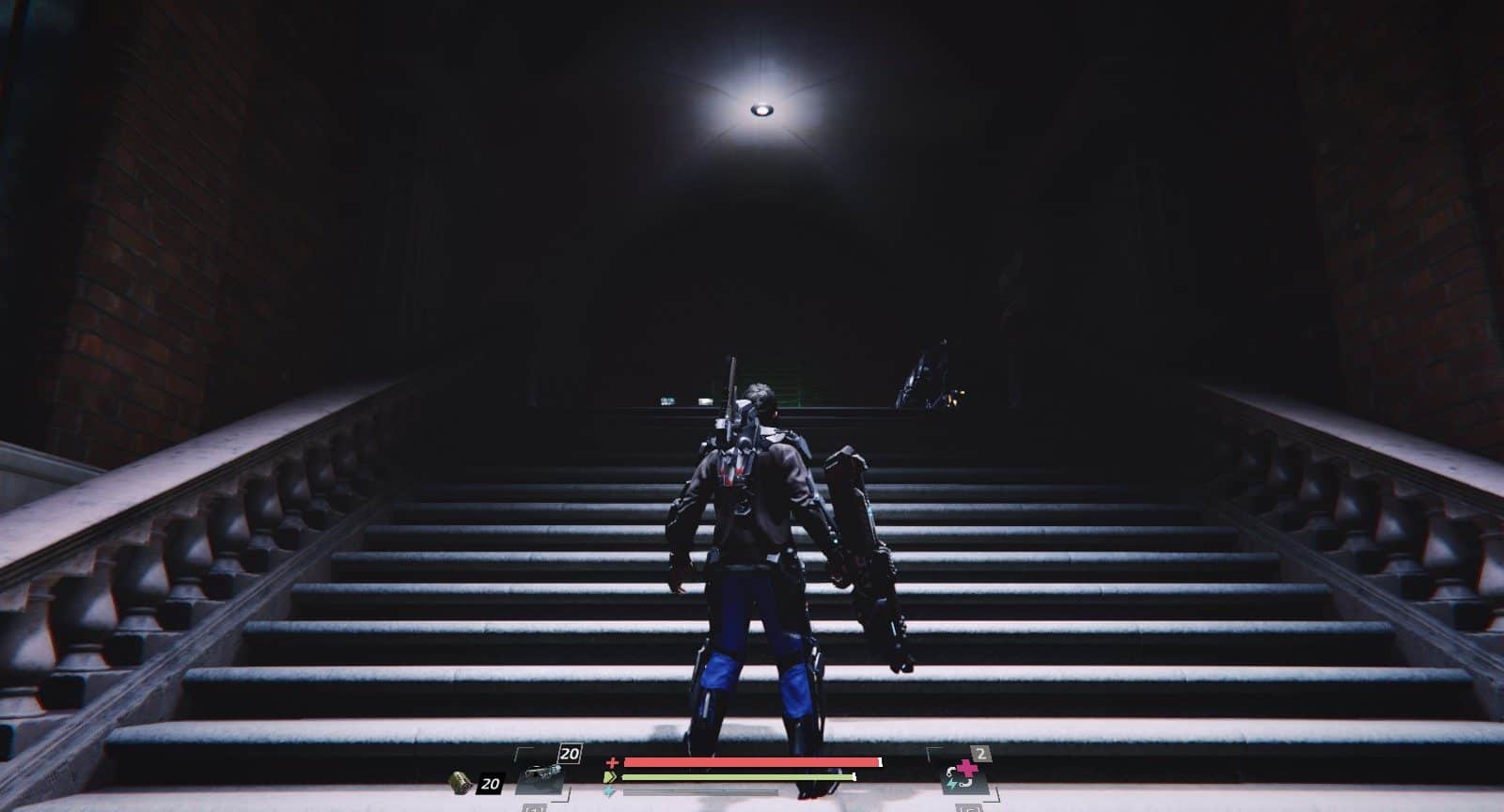 When I got stuck into the game,  however, I quickly realised The Surge is much more about its combat dynamics than it is about story. Without an extensive prologue, the game wastes absolutely no time tossing you straight into battle. As soon as you step out of the first room, you get a two-line tutorial on attacking and defending before being attacked by enemies seconds later. You continue to get snippets of tutorials as you progress through the game, paired with plenty of opportunities to test out aspects of the combat system. Having never played The Surge before, these tutorials came in handy for me; The Surge 2’s combat is complex, fast-paced, and unforgiving. There’s a lot to keep track of, and the game takes no prisoners when it comes to a fight. Rather than hacking and slashing your way through, you need to be more mindful about how approach a battle, or you’ll die quickly and often.

“The Surge 2’s combat is complex, fast-paced, and unforgiving. There’s a lot to keep track of, and the game takes no prisoners when it comes to a fight. “

I found this out the hard way when I encountered my first boss; a character named Violent Vic who prowls around the building’s armoury. Once you get past him, you can access your first MedBay, the spot to heal and upgrade your gear. But in order to deliver the deadly blows to Violent Vic, you’ll need to familiarise yourself with the game’s limb targeting system first. Through this system, you can lock on to specific vulnerable enemy body parts and limbs, harvesting the limb’s gear if you manage to slice it off and kill your foe. The best body part to lock on to depends on your opponent: which part is least protected by armour? Which part is most exposed in combat when your opponent attacks? Answering these questions will require you to engage with the combat system on a deeper level, and be strategic about when to approach and attack enemies. Especially in the beginning of the game, when you have little to no armour, it’s crucial to be tactical and take it slow, only striking when your enemy leaves a small gap in their defence. If you don’t do this, you’ll frequently die within seconds of approaching an enemy.

Another way the game encourages players to thoroughly explore its combat mechanics is through combos. Every weapon has two different combos you can perform. If you manage to perform them in time and kill an enemy, the game will reward you with more techscrap, as well as a glorious camera sequence where can see your character finish off your enemy in slow-motion. For me, these mechanics usually translated to me dying over and over and over again, often repeating similar areas of the map to retrieve the techscrap I’d amassed. While level maps in The Surge 2 seem simple at first sight, you find yourself being herded you through the same map via different passageways as you progress and unlock different skills. While this felt tedious at times, especially in the beginning of the game, it did help me level up, master the mechanics, and get well acquainted with different areas of Jericho City. In this sense, I found that The Surge 2 rewards players who enjoy grinding every now and then, and will keep pushing players to develop their combat skills as the game progresses.

The further you progress, the more complex and infuriating it becomes to try and beat enemies, and if your combat skills are not up to scratch, you’ll quickly feel the consequences. When I got to the second boss in the game – a prison warden called Marquez – it easily took me more than fifteen attempts to beat him. I had to observe his moves, upgrade my armour accordingly, and carefully craft a strategy around his attacks. Sometimes there were frustrating moments: with the game’s camera sometimes switching to awkward angles automatically, I found my character suddenly getting slaughtered behind a pillar while I had no idea what was happening. Unfortunately, in a fast-moving, adrenalising battle, this can make or break your victory. Plenty of times I felt like rage-quitting all together, but when I finally managed to kill Marquez with a satisfying slow-mo death blow, it was worth every minute of grinding I had put in.

Mostly, The Surge 2 seems to encourage a combat style with high stakes. When you kill an enemy for example, you’ll get rewarded with techscrap or schematics to craft more complex gear. The more enemies you kill without healing up at a MedBay in between, the higher the amount of techscrap you receive. However, when you die, you will drop all your precious techscrap at the location where you died. Afterwards, you’ll only have limited time to return to the same spot and collect it once again, and every time you kill an enemy, the game grants you some extra time on the clock. If you don’t make it in time, your techscrap disappears and is lost forever. In this way, if you’ve just had a successful run and had collected enough for an armour upgrade, losing your techscrap can feel like a significant blow.

While story-wise The Surge 2 often felt like exceptional combat mechanics varnished with a very thin layer of story, overall the game itself did keep me engaged with gameplay that looks and feels smooth and is very well-executed. If you are not looking for a layered and complex narrative, but enjoy a challenge, The Surge 2 may well be a good fit for you; the fighting mechanics in this game are engaging, ruthless, and will keep pushing players’ boundaries in order to complete a full play-through.

If that’s your jam, you will not be disappointed, and it’s very much worth pre-ordering today. The Surge 2 launches on September 24th for PS4, Xbox One and PC.