Temtem first impressions: A breath of fresh air for a classic format

Published by Humble Bundle and developed by Crema, the much anticipated Temtem has just released into early access. Described as a massive multiplayer creature-collection adventure inspired by Pokémon, the game has already gathered a lot of positive attention as well as a dedicated following. After playing the first few hours of it, it’s easy to see why people have fallen in love with the bright and inviting Temtem world so quickly.

Set on a colourful airborne archipelago, the game mainly revolves around becoming a Temtem tamer and taming different Temtem creatures. Similar to being a Pokémon trainer, you’ll learn about the different kinds of Temtem, encounter and capture them in the wild, and fight other Temtem tamers as you continue on your mission to become the best tamer on the island.

When I booted up Temtem for the first time, I was struck by just how many structural similarities the game shared with the classic Pokémon games. Combat is turn-based, wild Temtem appear in tall grass, tamers catch and keep their Temtem in ‘Temtem cards’, and other tamers will challenge you to a fight as soon as you enter their line of sight. Each Temtem is a specific type and can learn up to four different moves specific to their type; these moves can then be used in combat. Just like Pokémon, they have a certain number of hit-points and have the ability to evolve into other Temtem when they’ve accrued enough experience.

Aside from structural similarities, Pokémon fans will recognise a lot of story beats too. Not long after making your character, you’ll meet your rival Max and a Temtem professor named Konstantinos, who’ll let you choose one of three starter Temtem before sending you off on your own personal journey. Along the way you’ll fight other tamers, expand your Temtem team and fight foes of all shapes and sizes, including eight dojo leaders and the evil Belsoto Clan. 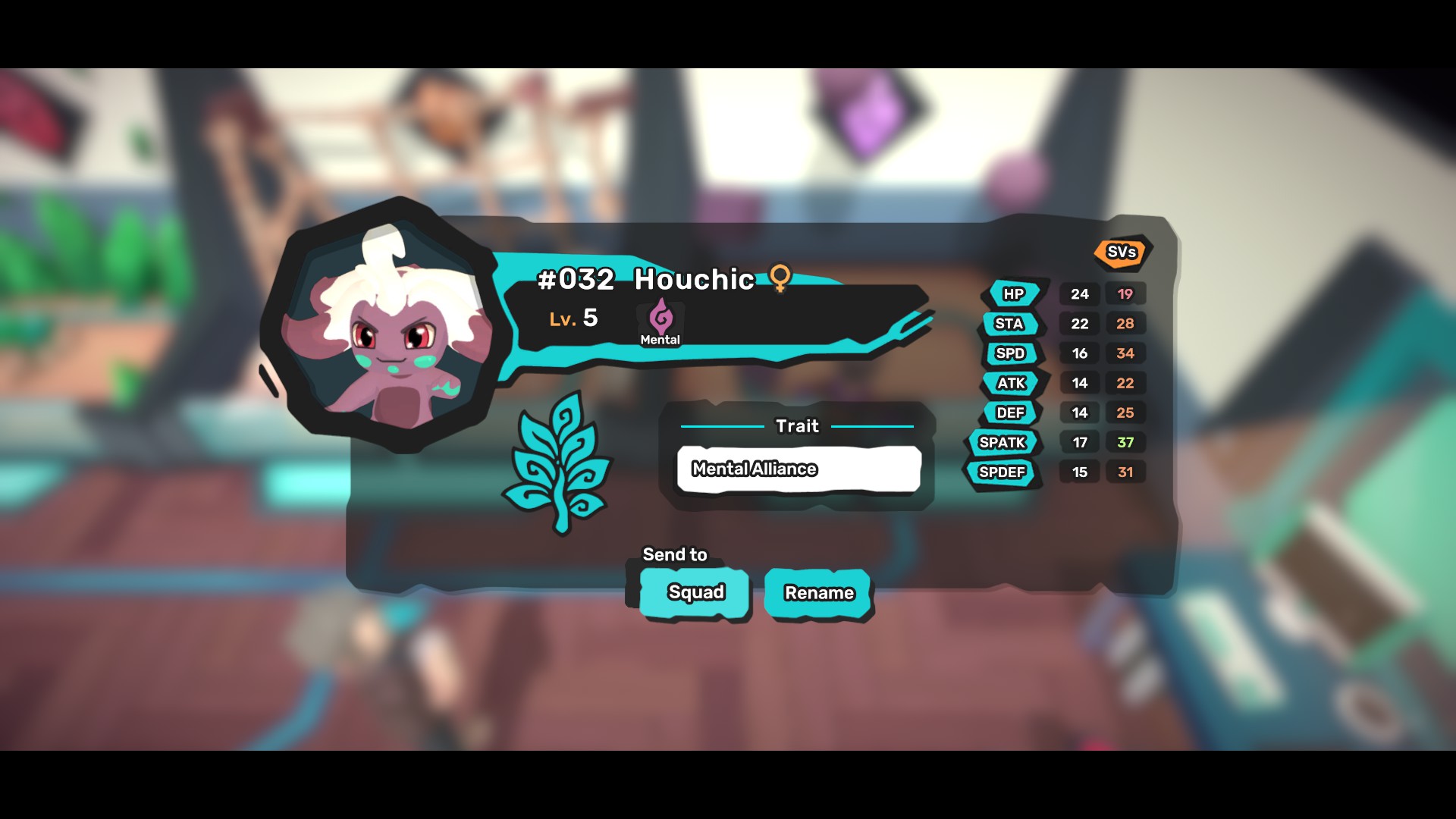 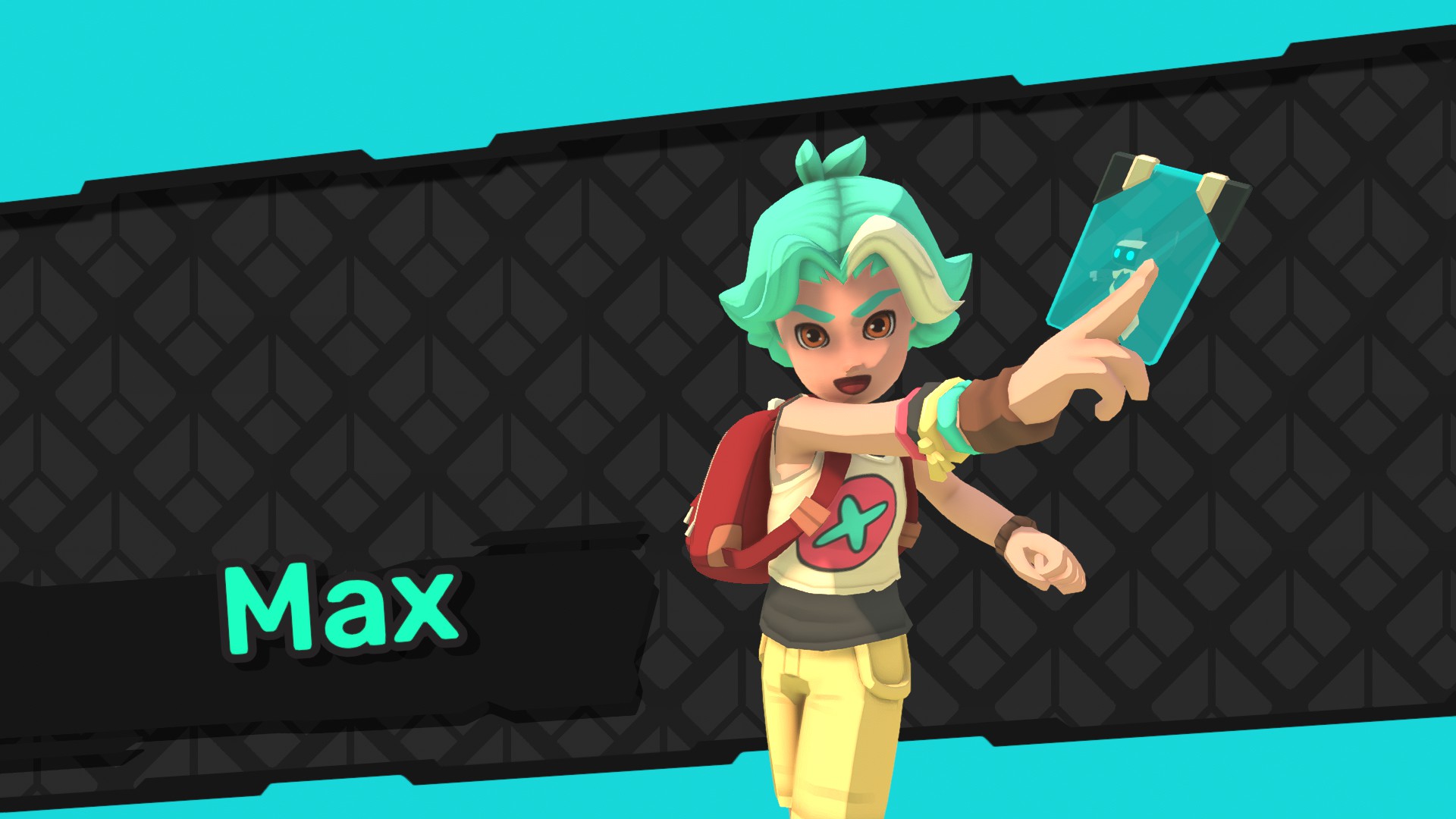 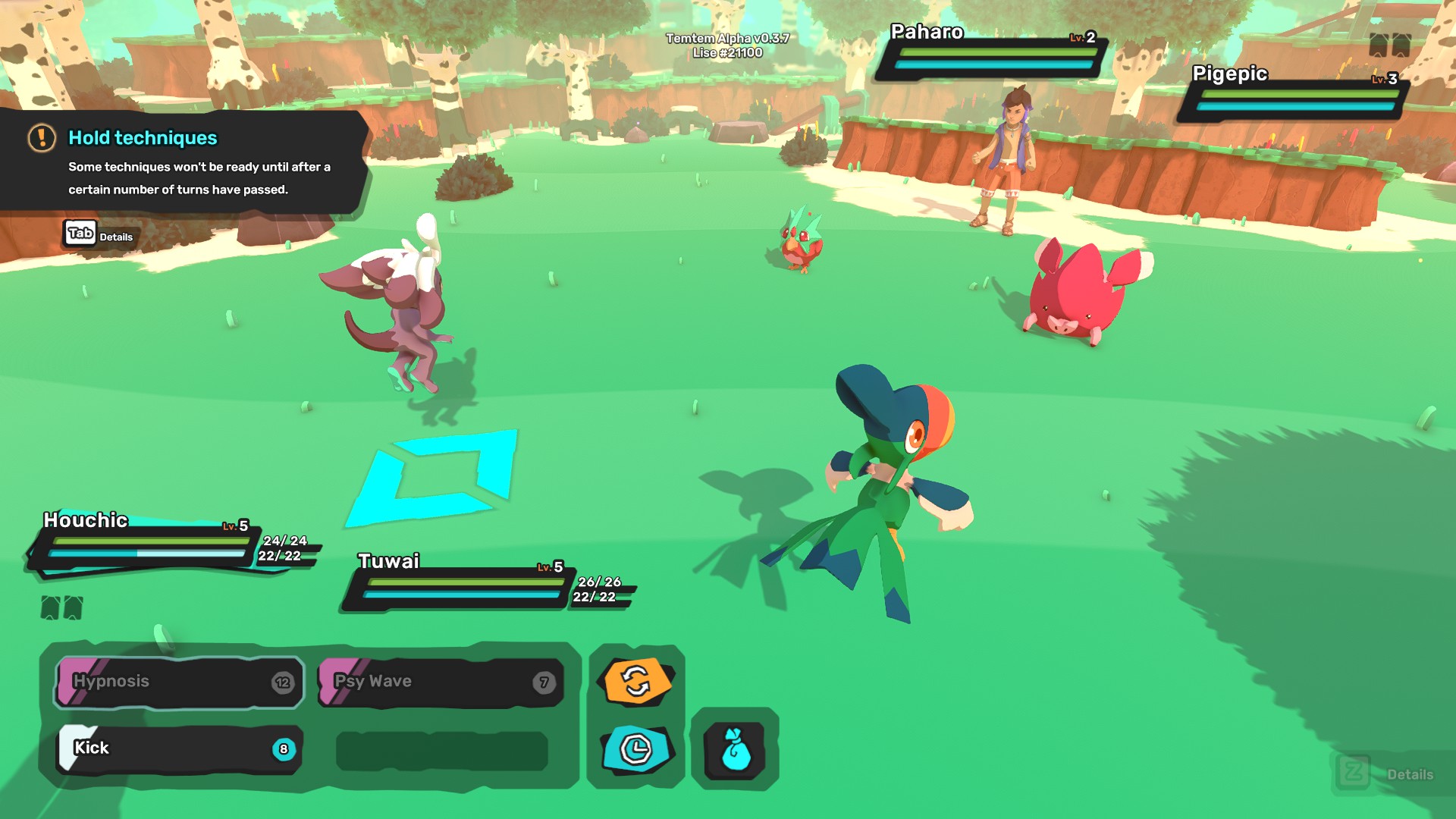 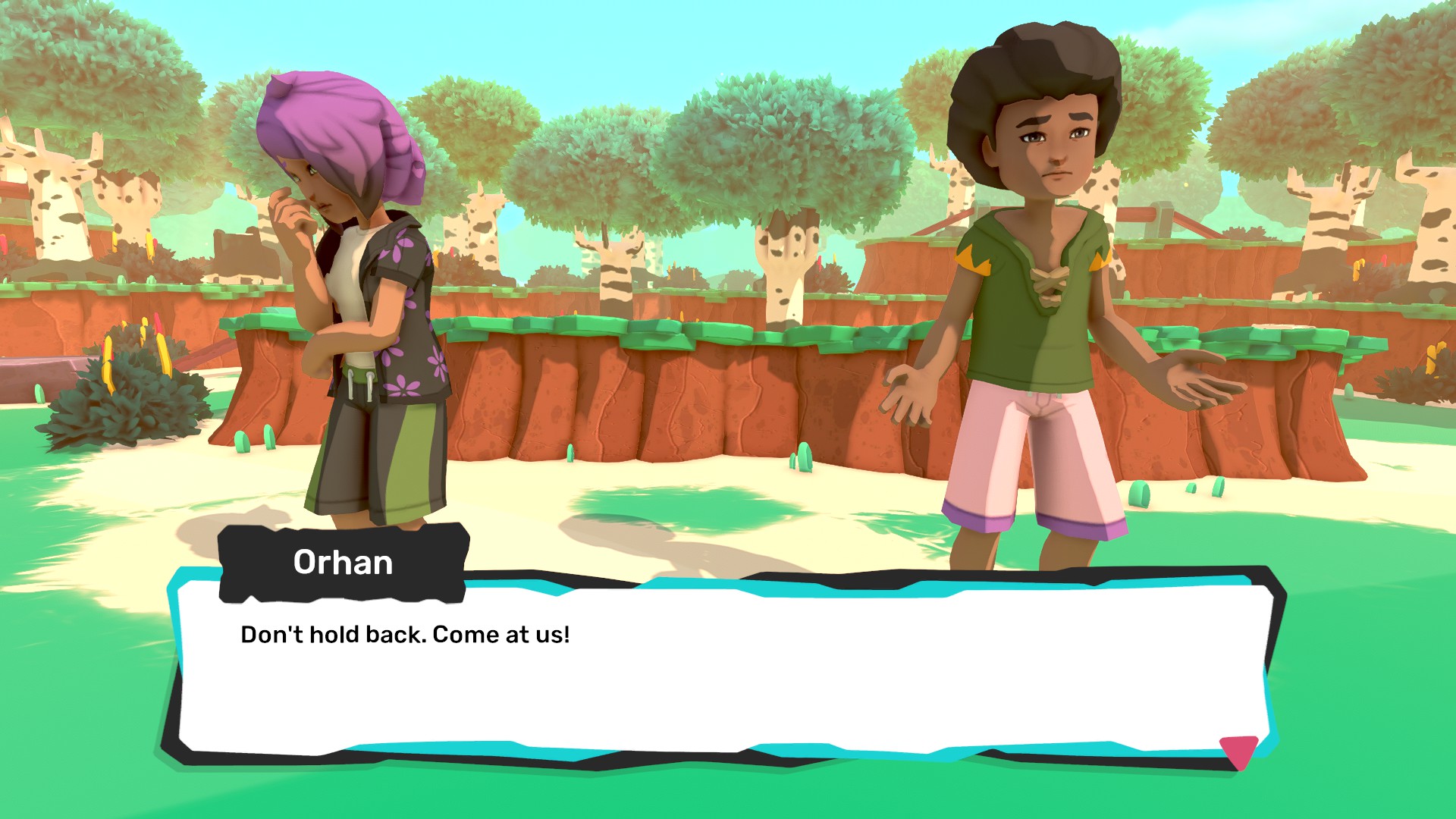 Whilst there’s some obvious similarities, Temtem is much more than a diluted version of Pokémon. While Temtem openly states that it has looked to the popular Pokémon franchise as its main inspiration, the game’s biggest differences lie hidden in the game mechanics, modes, and details. For starters, the game is fully co-op compatible, allowing players to engage in dual combats with or against friends. You can also create a character and completely customise it to your liking, and you also have the option to build your own house and furniture once you get stuck into the game.

But what makes Temtem unique in my eyes are its combat mechanics. Most battles in the Temtem world are fought in a 2v2 setup rather than the one-on-one format traditionally used in Pokémon’s single player mode. Added to this, Temtem come equipped with stamina bars rather than a cap on specific moves. In Temtem’s combat, every move a Temtem uses will consume a certain amount of stamina and, often, the stronger the move, the more stamina it will consume. When your stamina bar is depleted, you’ll either have to give your Temtem time to recharge, or swap it for another one from your party.

On first impression, these changes might seem small and insignificant, but they have a big impact on how the battle plays out. I immediately found myself strategising a lot more about which two Temtem would make a good team in battle and how I could capitalise on their strongest moves without wasting stamina. Having to deal with two opponents at once also meant that I had to be more mindful about the types of Temtem I was using and what the weak spots of the opposing team were in each round. Unlike a Pokémon battle, where you can often use the same sets of moves over and over until your opponent faints, the 2v2 format was much more varied and kept me on my toes. It also meant that the age-old Pokémon strategy of relying on one incredibly strong creature to defeat every opponent was no longer as effective, since your creatures’ stamina is limited. This added challenge certainly made for a more engaging experience where you can’t rely on autopilot if you want to win.

“…a varied and rewarding player experience that adds plenty of complexity to the mix.”

Where these combat mechanics truly shine though is in co-op mode. Teaming up with a friend to defeat tough opponents requires a lot of strategy and coordination and requires much more than just a paint-by-numbers approach. This in turn makes it feel like a real achievement when you win a tough battle as a team and is sure to keep you coming back for more.

To me, these innovative combat mechanics also showed that Crema hasn’t shied away from actively iterating the classic Pokémon format, and isn’t afraid to push the envelope when it comes to the series’ typical combat format. The result is a varied and rewarding player experience that adds plenty of complexity to the mix without making it frustrating or tedious. This, combined with the game’s online ecosystem, customisable characters and building mechanics, successfully brings a breath of fresh air to the traditional Pokémon gaming format while also firmly maintaining an original look, feel, and identity when it comes to the Temtem story.

While the game can certainly still use a bit of polish in places, Temtem’s alpha access clearly shows that it has enormous potential and is well on its way to becoming an enjoyable and engaging title for Pokémon veterans and casual players alike. While other releases in the past have often tried to change or outshine their main inspirations, Temtem carefully walks the line between a loving Pokémon tribute and a critical reflection on the genre. The end product is a bright and colourful game packing some serious punch. If this is only its early release, we can’t wait to see what the full release will bring.