Mums in video games are thoroughly underrepresented. There, I said it. Grizzled, sad and reluctant dad figures have had the spotlight for far too long without some mums in there to balance the scales. These patriarchal figures get to be a parent and also have their own story to tell, so why can’t gaming’s mums? Sorry, Booker Dewitt. Nice try, The Last of Us’ Joel. Move over, Kratos. It’s mothers’ time to shine. Here are some of Checkpoint’s favourite, actively alive and present, mums in video games:

Morrigan from the Dragon Age series 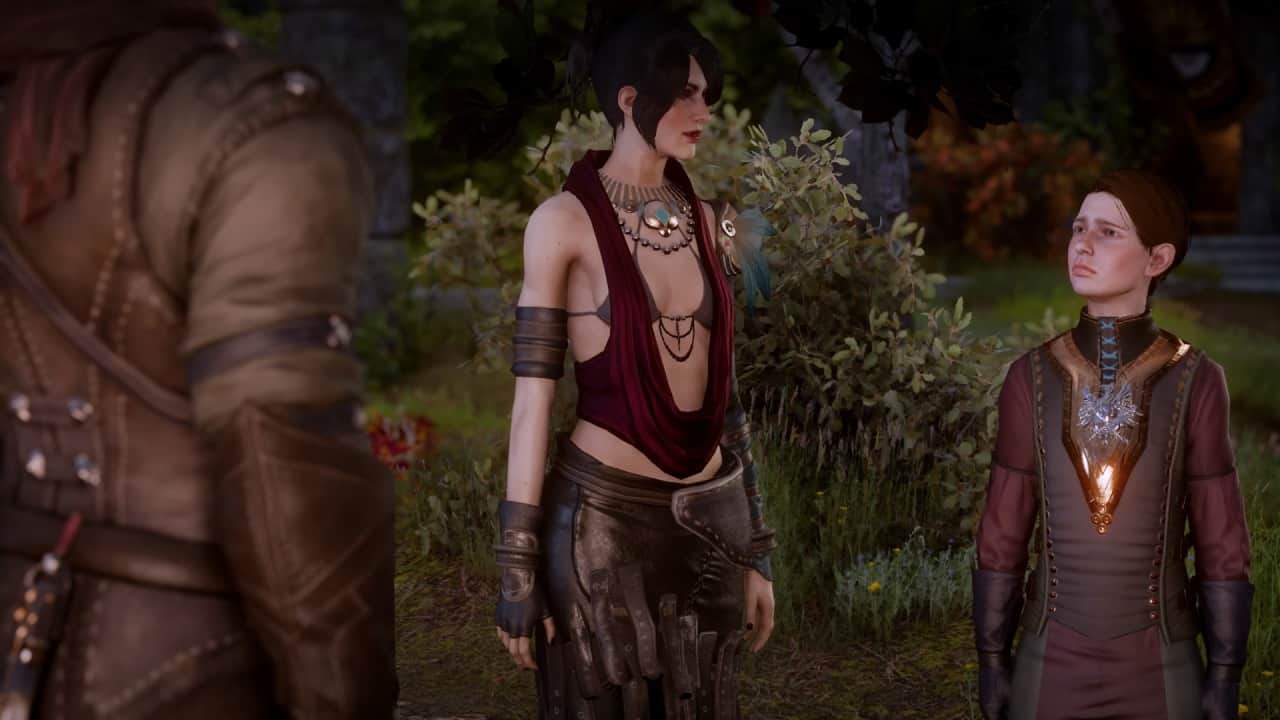 What makes Morrigan a fascinating mother is how it is clear raising a son has changed her. It would be difficult to imagine the self-centred and callous character from Origins being willing to sacrifice herself to protect her son, or openly showing the warmth and compassion she shows in her scenes with Kieran. Having been raised by the manipulative Flemeth, she vows to her mother to be a better parent to her son than Flemeth was to her. Bonus points for Kieran being voiced by Claudia Black’s actual son. -Tom 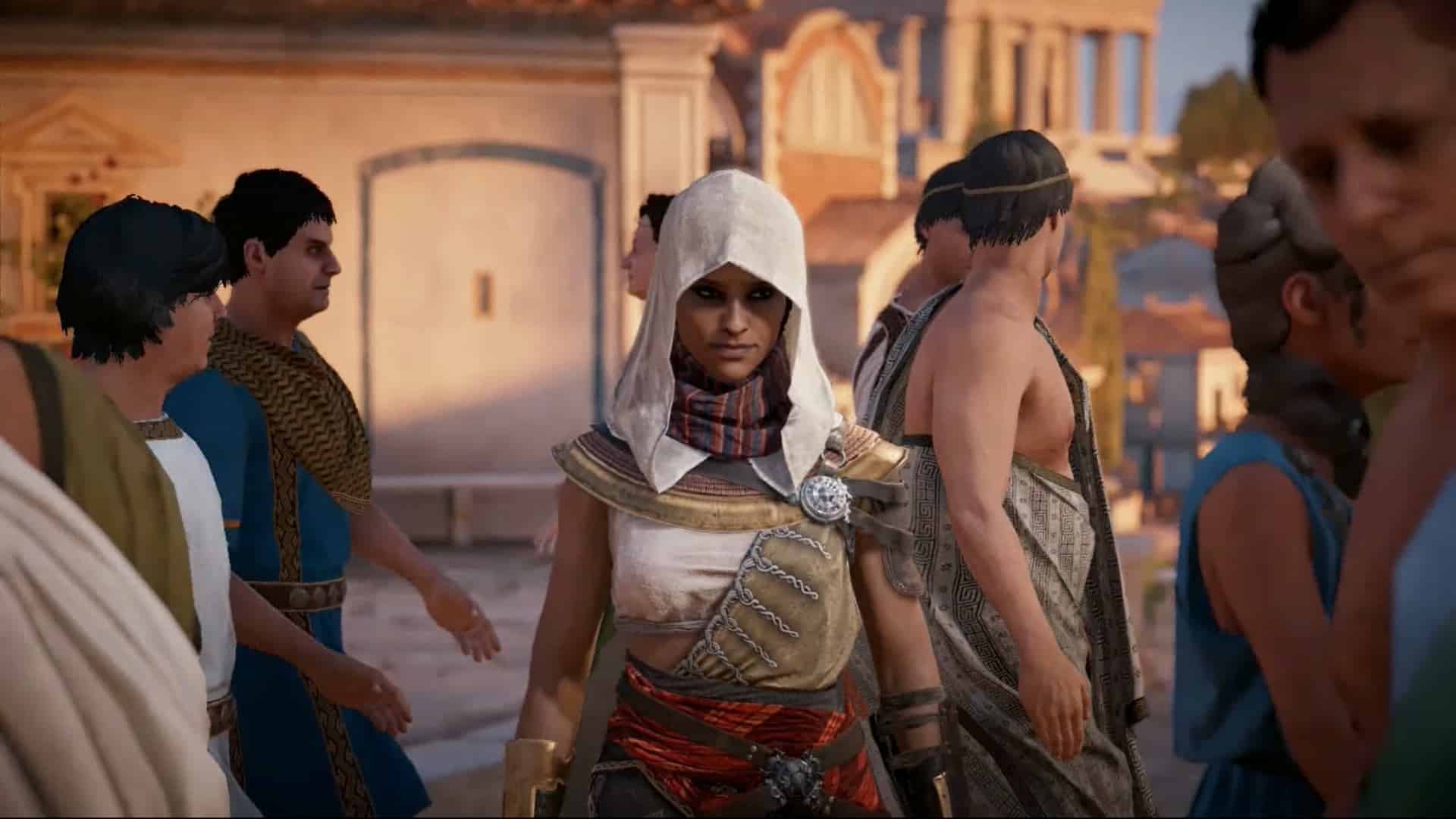 It’s not until you really think about it that you realise how few mums are playable characters in games. Mothers are usually relegated to helpful NPCs, tragic victims, or powerful villains like Marguerite Baker (more on her next) or Cooking Mama. So I got to thinking about playable mums in games I like, and the first that came to mind was Aya from Assassin’s Creed Origins.

Sure, you spend the majority of the game playing as Aya’s husband Bayek, but Aya is by far the more important character. After their son is murdered by the shadowy Order of the Ancients, Bayek chooses to do the murderous tirade thing video game protagonists tend to do. But Aya? She goes back to school and rises through the ranks to become Cleopatra’s bodyguard, so she can dismantle the Order from the very top. Her storyline is way more interesting than Bayek’s, and not just because she gets to handle the game’s naval combat. Once Bayek’s rampage ends, he decides to settle down, having found peace. But Aya decides her work is not done yet. She dumps Bayek, takes down the final boss herself, and becomes the founder of the g-dang Assassin Brotherhood. She’s an important character in her own game, but also the entire series. Don’t mess with mums, y’all. – Pedro 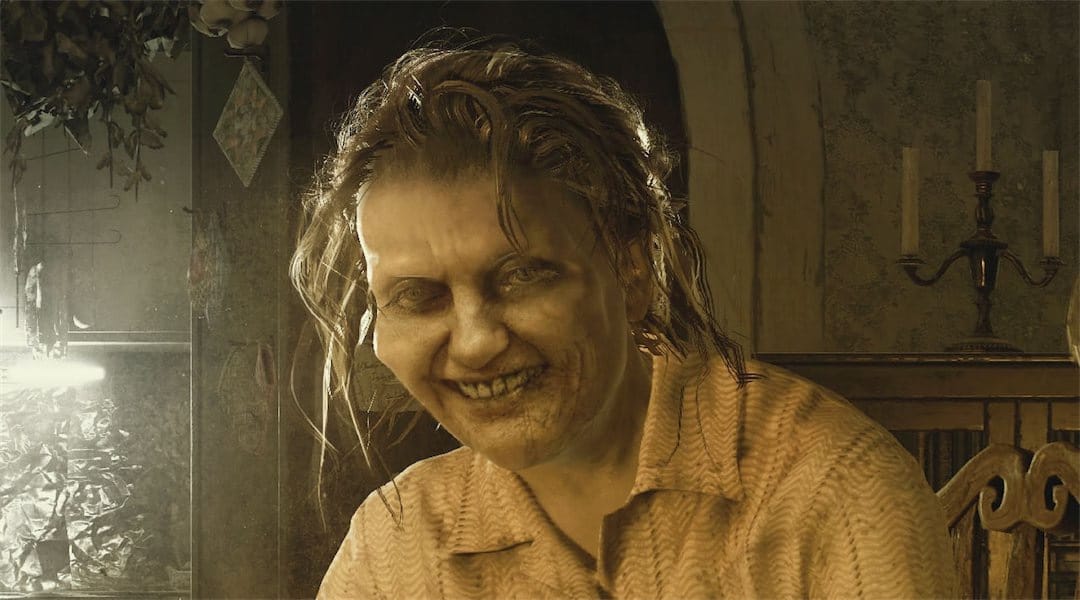 Hear me out. Yes, Marguerite Baker is disgusting. She’s decayed, hair frayed and just downright a monstrosity. There is however one thing Marguerite is and that’s devoted. Yes, she serves as one of the villains of Resident Evil 7, chasing you down endlessly, crawling around and spitting flies your way, rarely giving you a break. To the player, this is relentless and hostile. However, to the Baker family, it’s devotion (albeit through untraditional ways).

Marguerite Baker will stop at nothing to protect her family, and no method is too far. Playing as Ethan in Resident Evil 7 sees you as an intruder on both her kin and her property. Rightly so, she’s mad. In short, Mrs Baker is a provider, a carer, and protector. Some of these may be more traditional qualities in a mother but hey, at least her family are well fed on human flesh. I’m not oblivious to the fact this is both an ironic and sad example of one of the great mums in video games. Just maybe don’t consider her methods role model quality. – Charlie

Candy Borowski (Mae’s Mum) from Night in the Woods

As someone who often finds herself deep in a philosophical discussion with her own mother every time I give her a call. I really connected with Candy Borowski and the relationship she had with her daughter Mae. Candy was always equal parts kind and firm. She was there to lean on when she saw her daughter needed it, but never shied away from giving her real (and often unpleasant) advice. the conversations they share always feel real and full of emotion, even when they are joking around you can feel Candy’s concern for Mae bubbling below the surface.

When I played through Night in the Woods, I went downstairs to the breakfast table every morning to chat with my mother. No matter what arguments we had the day before, I always stopped by. I’ve never felt so connected to a video game parent as I did with Candy, she wants so much to look after her daughter and to understand her. Even though they find themself arguing all the time, it’s clear that Candy wants what is best for Mae and loves her very deeply. – Bree

Yennefer from The Witcher series 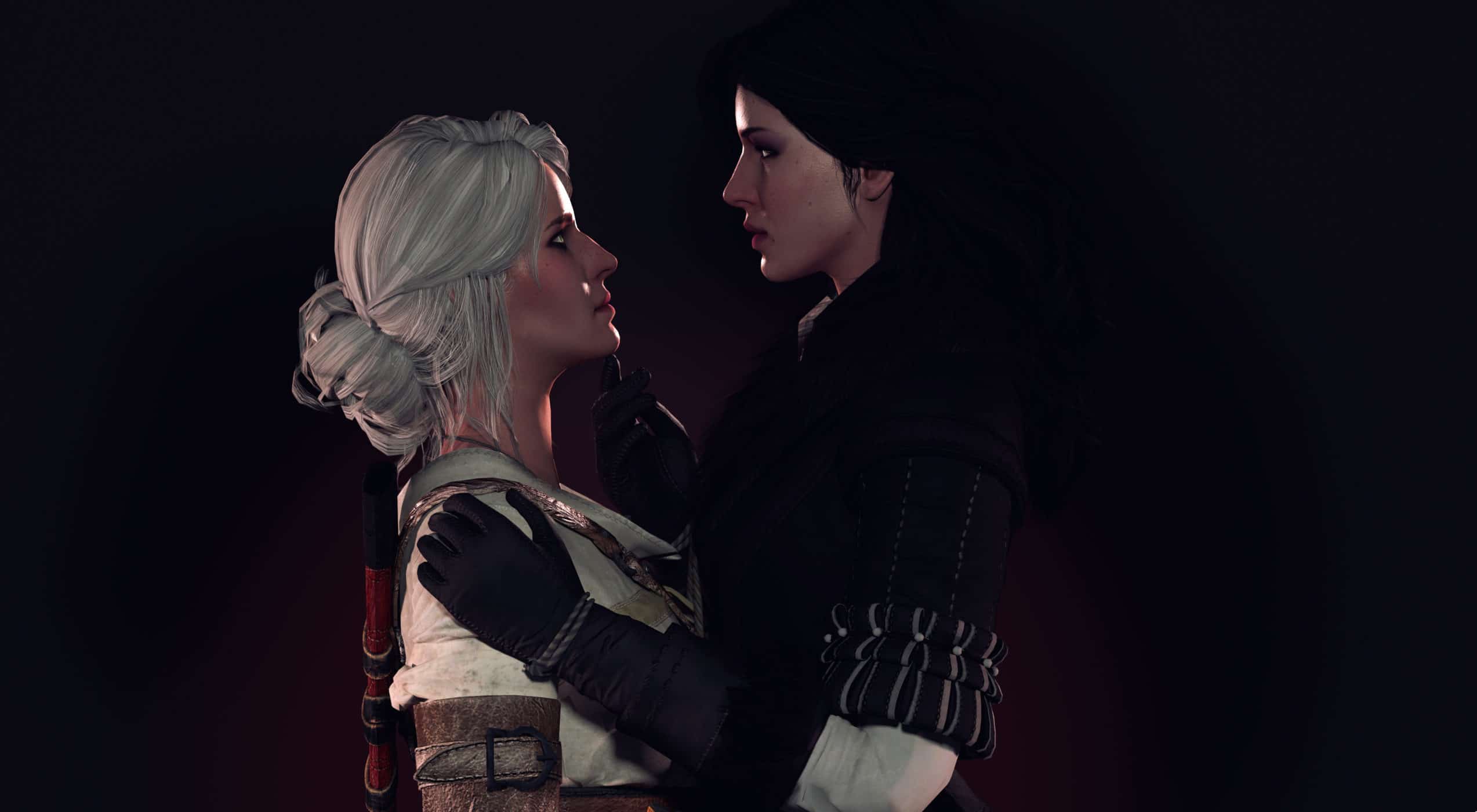 Yennefer is known for smelling like lilac and gooseberries, being a badass sorceress and of course, being Geralt’s main love interest. What she’s not known for is being a mother. I’m not talking about a birth mother here, but a mother who has no biological connection to a child and still loves them regardless. Yennefer is a great example of this. A woman who will do anything for a child she loves, even though they do not share a biological connection. And she does do a lot for Ciri. She even realises the Wild Hunt is after her before Geralt does! It is she that asks Geralt to help her track Ciri down, as he is the best tracker she knows. Not only does she put herself in extremely dangerous positions to find Ciri, but she also puts herself in the awkward position of having to ask an ex-lover, who just happened to sleep with her best friend, for help.

Throughout the game, Yennefer comes across as distant, a tad cold, but all that changes when she finally once again sees Ciri. She screams from the top of Kaer Morhen down to where Ciri is standing with Geralt below. She rushes down the winding stairs and flings her arms around her. Her smile is genuine, warm. If the player chose Yennefer for romance, she even throws her arms around Geralt’s neck and kisses him. Ciri’s return fills Yennefer with such joy that she is able to show sides of herself that are usually hidden. Therefore, Yennefer is the perfect example of an adoptive mother. Someone who has chosen to love a child, chosen to fight for them and protect them no matter what. There is no need here for a biological connection, as the love she has for Ciri is strong enough to foster a deep and genuine mother/daughter relationship. -Lisa

Mums come in all shapes and sizes, and we love them all – even when they’re a strange goat monster. Toriel is the first friendly face you meet in Toby Fox’s 2016 indie favourite Undertale, and before you can say, ‘Wait, what was with that evil flower?” she’s taken you under her wing and baked you a delicious butterscotch pie. She’s not your real mum, but she teaches you the ropes of the Underground and gives you the game’s most important message: use mercy.

Undertale’s first oomph moment, in which you’re forced to face Toriel in combat to leave the Ruins, sets the tone for the rest of the game. Although she is absent until the end (unless she doesn’t survive your fight), her presence is felt throughout. As you understand more about the world of Monsters, you come to understand who Toriel is and why she fought so hard to protect you. She’s loved and lost, and yet she remains strong like the queen she is. Plus, she’s one of the only mums in video games to be single for a reason other than the death of her husband, which is a pretty refreshing change. -Edie

So there you have it: Checkpoint’s favourite mums in video games. As you can see from the short length of the list, there’s a pretty big disparity between video game mums compared to dads. It’s important then that we highlighted some examples that have a living and breathing personality, rather than just glorified NPCs with a few lines of dialogue. Kratos from God of War gets to have a kid, a journey, and character development. Who’s to say characters such as Assassin’s Creed Origins’ Aya can’t have the same?

What did you think of our list? Is there anyone else you’d add? Let us know in the comments. And check out this week’s Checkpoint Intimates, where we continue the discussion on video game mums.