Of all the games in the world I expected to get a sequel, 2013’s Puyo Puyo Tetris is not one of them. For me, it falls into the similar camp of the idea of Overwatch 2. That’s a silly and bizarre name for a game alone. It’s also a game that just by its nature doesn’t beg another entry. Similar to this nature is Puyo Puyo Tetris 2. When the sequel was announced, I couldn’t help but wonder: why? Still, I got to preview the game ahead of its release next month, and truth be told I couldn’t be more keen.

If you’re not familiar with the Puyo Puyo Tetris IP, the name is as it suggests. It’s purposed as a crossover between the worldwide puzzle phenomenon of Tetris and the lesser known (but still huge in Japan) Puyo Puyo. Where the former is concerned, it’s all about lining up different shaped blocks known as tetrominoes in order to mark out a line without any holes, thus clearing it from your screen. This is Tetris as you’ve known and loved it for the last almost forty years, nothing more needs to be said here. Puyo Puyo on the other hand is a tile matching game where players must quickly manoeuvre and manipulate coloured tiles to connect in groups of four or more to be cleared. Where the games collide is in battle, creating a fusion of puzzle game greatness.

Right from the boot, players are met with a quasi main menu that invites players to jump into quick matches of Puyo Puyo or Tetris right from the get go. It’s a precursor to the game’s actual main menu where more of its modes are on offer. It’s easy to appreciate this, simply because of how easy it is to get into the action. I jumped straight into Puyo Puyo, and delved deep into the recesses of my mind to refamiliarise myself with the game. Somewhere along my life (I wouldn’t be able to name when or where) I must’ve played the puzzle franchise in some form, or maybe the game’s just that intuitive and I actually never have. Regardless, I felt ready to begin my puzzle journey.

“…I felt ready to begin my puzzle journey.”

The preview alone certainly gave me hints of plenty of solid ways to kill my time. The standalone solo mode provides traditional versus matches where the player is pitted against A.I and free to choose either Puyo Puyo or Tetris, with your foe either matching or mismatching. Meanwhile, Fusion offered the chaotic challenge of juggling the raining down of both Puyos and Tetrominoes.  Sure, these are fun little exhibition matches but what’s most enticing to players both old and new will likely be the new Skill Battle mode.

The Skill Battle mode has you choosing from an array of teams, all made up of different characters from the Puyo Puyo Tetris universe. With these teams comes special skills that help to either whittle down your foe mid battle or bolster your power, defence and the like. By clearing rows in quick succession and high numbers, you’ll lower your enemy’s health meter, aiming to outlive them in your fight. Throw in the bonus challenge of garbage blocks (grey coloured, harder to remove tiles) being added to your screen when you lose HP and you’re in for quite the fight.

This mode works exponentially and is a blast. Not only will you have to keep an eye on your health mid battle, but your MP meter, the very thing that allows you to use your special abilities. If you’re reckless and throw out your moves willy-nilly, you’re going to run low on MP quick, and have no means for defence or strong attack. I can’t count on my hands the amount of times I won matches by the skin of my teeth, pulling a clutch heal or powerful move at the last moment to just lower my enemy’s health to 0 before I. Skill Battle is fantastic, and even as a newcomer I’m confident franchise lovers will love the addition.

All in all, I had fun perusing these game modes, even considering not all of them were available to me in the preview build. Local multiplayer was blocked, while obviously, I was unable to find matches in Online. That didn’t matter. The solo mode and all its modes work as a great “get in, get out” means of play. I barely scratched the surface on all the full game will later have on offer here and still I got excited and geeked out. Chaining up Puyos, lining up gaps so tetrominoes can fill them hook line and sinker is as satisfying as ever.

Puyo Puyo Tetris 2, complete with what promises to be a bonkers campaign

If the colourful art design, bopping music and just weird but fun vibes weren’t enough to have you keen on Puyo Puyo Tetris 2, the out of this world ‘adventure’ campaign may very well be the last remaining incentive needed. Coming fresh into the series with this entry, I was still able to pick up and get into the action without being lost at all. Largely, this is due to it’s absolutely zany plot.

Based off the first world of levels in the game (all that I played and all I’m allowed to talk about), it’s wonderful how reeled in I was on a puzzle game’s narrative. Players will control returning main character Ringo. She’s the head of a group of battlers trained to the teeth in Puyo Puyo battles. Juxtaposingly, you’ll also meet up with Tee, the head of the Tetris fighters. Throughout your ventures, you’ll be met with a variety of players from both teams, ultimately exchanging with them visual novel-style. Dramatic discussions of the ideas of different dimensions and self aware nods that maybe they have in fact met before are given to you ahead of simple, but cute backdrop settings.

Chat long enough, and you’ll eventually just battle as a means to recruit and befriend the new people you come across. It’s so ridiculous that one moment you’ll be having questions discussing life’s biggest questions, and the next a character will hit you with “Hey, wanna play some Tetris?” For the most part, this is how a majority of the story goes and it actually works.  I cannot begin to describe how charming it is and how curious the story has me, which speaks to how well developer Sonic Team can grip you when they get it right. It’s so anime and I can’t wait to experience more of the story come release.

So much of Puyo Puyo Tetris 2 looks promising. I enjoyed jumping into the variety of game modes on offer thus far to mix things up. Great joy came of putting faces to names of the weird references and barks yelled out to me mid battle both in and outside of the campaign. I’m even excited for its campaign. A puzzle game’s campaign actually looks like a blast. How many others achieve that feat? Not many.

Returning fans and new ones alike will likely find plenty to adore in Puyo Puyo Tetris 2. Fans of the original will be pleased to know the game looks to be more of the same, in the good way. Meanwhile, new fans like I will find plenty to seek their teeth into. 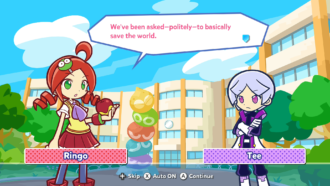 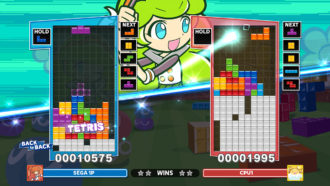 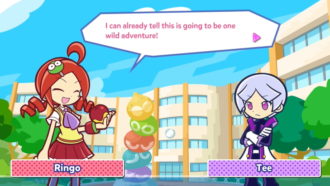 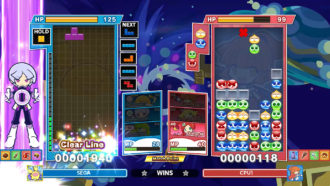 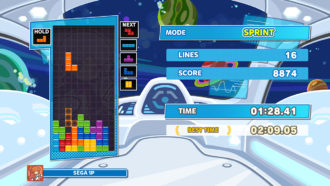 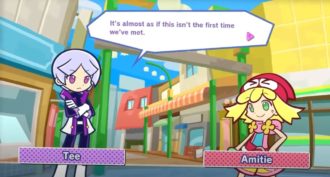 Puyo Puyo Tetris 2 has carved quite the interesting niche for itself. If the game and all its bizarre but satisfying sensibilities at all interests you, it’ll no doubt be a title you’ll want to keep your eyes on next month. If all else, don’t you want a nice little puzzler to wind down the gigantic year of gaming 2020 was?

Puyo Puyo Tetris 2 releases on December 8th for the PlayStation 4 and 5, Xbox One and Series X|S, Nintendo Switch and PC.