Fortress Melbourne is in an exciting soft relaunch period

Like many businesses beginning in early 2020, Fortress Melbourne was met with a rough launch entirely out of the team’s control. Just days after the gaming entertainment venue launched, COVID-19 hit and forcefully made the venue temporarily close up shop. In the year that’s followed, Fortress has been gradually re-opening, planning things to hopefully get people back in the doors. With public space restrictions easing as the pandemic becomes more under control in Melbourne, the venue has the opportunity to bring people back in droves. With more and more events planned in the near and distant future, this gaming haven may be able to live up to its full potential soon.

Creating a space for gamers and families alike

Back when it launched just over a year ago, it was already easy to feel such promise with what was on offer. Labelled as “The Southern Hemisphere’s biggest esports and games entertainment venue,” Fortress was stacked with things to do and see. For the more casual patron, they can check out the drinks and dining area that sports a medieval-theme and as such has been named ‘The Tavern.‘ Here, families and individuals alike can enjoy a bite to eat and get into some gaming goodness with the on-site board and video game rentals, or even duck into the nearby arcade.

On top of this, there are boatloads of computers on offer for your needs. Players can rent out these Alienware devices for use in blocks and fulfil their gaming desires, whether that’s leisure or professional. Four streaming booths are available for rent by the block also, coming in handy for a diverse range of people looking to stream. Established streamers visiting from out of town can duck on in and cast with all of the tools they’d ever want or need.

The catch with all of this is that a fair amount of the services at Fortress Melbourne can cost a pretty penny. The streaming booths, in particular, don’t come cheap and this would be a turn off for any up-and-coming streamers looking to grow. The booths cost $40 for two hours and if you’re someone with a disposable income due to already being a developed streamer, that’s chump change. If you’re someone with less money in their pocket, looking to try streaming for maybe only the second or third time, it’s a big ask for those with sparse viewership.

These high prices translate largely across the board of the venue. Ultimately, the cost comes with convenience and Fortress themselves needing to keep the lights on, so it’s understandable. Although the cost may well result in some hesitation from those looking to check out what the venue has to offer.

Where I truly believe Fortress Melbourne will succeed at getting more people in the door is the variance of activities and affordability. Some steps were already present for this at launch – a 200 seater Alienware Arena in the venue often holds free watch parties of big esports events. To keep this going, more and more events and expansion are needed. We were able to check out the venue this past week, and have seen hints of stuff to come.

What’s on at Fortress Melbourne?

More than ever, Fortress Melbourne looks to be utilising the most out of its venue. I hope it pays off – it’s what was needed from the venue after all. In the last few weeks alone, they’ve kicked off a weekly free movie night that’s hosted every Thursday in the Alienware Arena. Films such as Scott Pilgrim Vs. The World and Sonic The Hedgehog are slated to be aired there in April. Free events like this are good in getting people in the door and earning that goodwill. Here’s hoping that works.

Other ongoings at Fortress that have the potential to see some love for the venue include discount nights. Use of board games in the venue is free on Wednesday nights. Student Uni Nights occur on Thursdays and for the price of $15 a pint and 2-hour session play of a PC or board game is available. That’s quite reasonable in itself, and may very well serve as a good means for kicking back after a long day of studying.

One of the big and tantalising draws that Fortress is working on is the upcoming weekly ‘Dungeons & Flagons’ events. Starting this Sunday, for $20 per head, you can jump into a match of Dungeons & Dragons complete with an already organised expert Dungeon Master. In the three-hour campaign block, no prior knowledge or experience is required. Additionally, you’re provided with a free drink and character sheet so that all the work (and beverages) are sorted for you.

These type of events already occur at your regular niche gaming stores, but I can see them being all the more tantalising at Fortress. The event is hosted in the Tavern bar, which is all the less intimidating and homely. With the reasonable price, including drink and approachability of this deal, it’s not a stretch of the imagination to see people coming by the numbers for these events. You can bring friends to make up a party of familiar faces or rock up on your own, hopefully making some new ones. As someone that’s personally eager to finally start D&D for the first time, I can’t think of an offer more tempting. 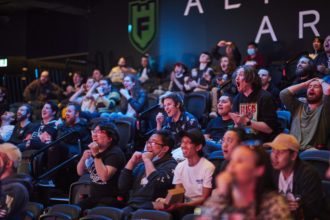 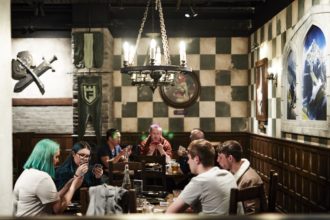 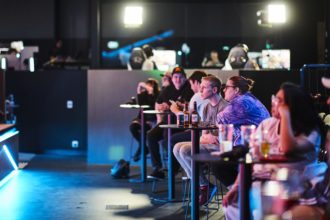 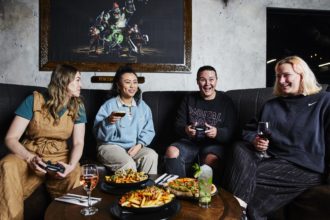 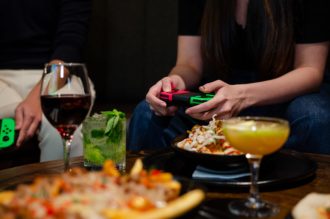 The future of Fortress

Walking around Fortress on one of its more bustling nights, it’s hard not to be enamoured by the magic that can come from the place… when the time’s right. I’m very glad I got to see this venue in a more lively instance rather than the dead times I’ve witnessed the venue display during the day. When this venue draws a crowd, it can really draw a crowd. Just how much can Fortress take that crowd and really run with it? Quite a bit, at least I hope. Seeing people akin to me with my interests, gathering over games and drinks is always heartening to see. Flaws aside, I pray the venue sees the success it deserves.

While numbers and growth have been kept behind closed doors, Fortress must be seeing quite a bit of love. On the media event night, representatives excitedly let slip some plans for the venue as we received a re-introductory tour. They plan on growing one of the more lacking and smaller areas, the Arcade Alley. Sitting down for drinks with another in the know, they pointed to the fact that they’re in the talks to expand the Fortress name too. Plans for at least two other venues in Australia are in the works. Cagily, this is all I managed to confirm for the time being.

Despite some doubts, it really does seem Fortress is rising on up. With Melbourne controlling the Covid situation for now, and people freer to explore, gamers will absolutely be tantalised by some of what the venue has to offer. Here’s hoping the Fortress makes headlines for all the right reasons in the future.