Disco Elysium – The Final Cut on PS5 is more excellence, with a catch

Have you ever played a game that is written and crafted in such a way that playing it feels like poetry in motion? I’m late to the party, but Disco Elysium – The Final Cut is just that. Curling up with a tea in bed, controller in hand and sinking into its world, I’m immersed and impressed by its beauty. Even when its language and worldbuilding sometimes goes over my head. It’s just that good.

Taking a modern classic and running with it even further

If you’ve at all been paying attention to gaming over the past few years, you’re likely quite versed in Disco Elysium’s gist. It’s a wickedly smart RPG starring an alcoholic detective who must solve a murder case while class war tensions rise on the streets all the while battling with his own mind. Its premise is tense. In the middle of all of that, the original version of Disco Elysium even found time to talk about and discuss political ideologies with the player. There’s a reason it was so highly acclaimed for the Checkpoint Gaming team and even won the Best Narrative Award at the 2019 Game Awards. What I’ve just described for you is the reason. Disco Elysium has a real majesty to it.

Barring the now full voice acting, the Final Cut has one key addition: exploring these political ideologies even further. What this looks like is a new individual quest for each of the political alignments you can slot into that amnesiac detective’s brain. Simply have one of these alignments banked in your thought by the end of the third day and you’ll be able to embark on the relevant quest! In my instance, I went the good old Communist route. After spending a good 10-15 hours in the game to get to this point, it’s the one that made the most sense for my detective.

What followed is only further enrichment to a game already rich with a wonderful exploration of politics and storytelling. My communist run of the Final Cut leant me on a wild goose chase from the get-go. As per standard for Disco Elysium, one of the many personalities of your oh-so-complex brain talks to you on the morning of the fourth day, stressing the urgency of a new task. My new task to kick off my communist adventures? Literally, sniff out my comrades. I’m serious. Awaking in my shack and stepping out into the world of Martinaise once more, I had to run about the streets and alleys until I happened upon a scent that perchance reminded me of a fellow communist.

From there, it only got even more simultaneously wickedly smart and downright hilarious. Finding the ins and outs of how to get into one of these secret communist book club meetings, the detective found themselves seeking answers from an individual that already expressed a distaste for the law. Not entirely convinced that both Kim and the alcoholic detective were seeking this meeting for just reasons, they were allowed admittance to the meeting on one condition: the detective has to oink like a pig for them.

“Have you ever played a game that is written and crafted in such a way that playing it feels like poetry in motion? …Disco Elysium: The Final Cut is just that.”

I won’t delve too much further into spoilers for the ongoings of what goes on in the quest, but know that attending multiple meetings allows for a number of things, depending on your approach. You can absolutely wing it and tell lie after lie, having the other members eat out of your hand (I’m less fond of this option as it paints those that follow Communist ideology in an entirely naive light – not always the case), or you can engage in some wonderful and absolutely stimulating debates. All while playing a video game. How amazing and exciting is that?

As added content goes, this variant of new quests is warmly welcome. If you’re experiencing the game for the first time via The Final Cut, then they’re well worth being a priority in your to-do quest list. Unfortunately, it’s a bigger ask for those looking to return for solely the new content. It’s not streamlined and as prior mentioned, can only be accessed after the third day, provided you’ve filled in some prerequisites. Still, Disco Elysium fans are nothing if not loyal and it absolutely is one of those RPGs that falls into the “so nice you play it twice” category.

Other than the new quests and general fixes, the other big sell of Disco Elysium – The Final Cut is that it is now fully voice-acted. What this does is bolster the experience’s already fantastic writing and character quirks. It’s a wild, weird world out there on the island of Revachol, filled to the brim with local weirdos to find. Prior to this edition, you were asked to read more. This left the player envisioning just how characters like the punk Cindy the Skull or the speed addicted twelve-year-old Cuno would sound. There’s nothing wrong with that, the game’s writing holds up on its own. However, the over a million voiced lines now helps paint a more vivid picture. So that’s how my companion Kim sounds when he’s upset with me. Heartbreaking. I’ll be extra sure to avoid that next time!

Walking around the island Disco Elysium provides you, whether that’s darting through channels, sussing out apartments, visiting the beachside or going for a hangout at the Whirling-in-Rags, it’s more palpable than ever. You begin to understand the anxieties that plague everywhere you go. You empathise with the distrust of authority. The environment is set far better than ever on this little war-torn island and you’ll truly feel the tension of those rising class wars. Experiencing the game’s art style that rings reminiscent of oil paintings…hearing characters’ quirks how you likely already imagined them in your head…you’d be remiss if it didn’t feel like you were experiencing some quintessential classic literature in video game form. 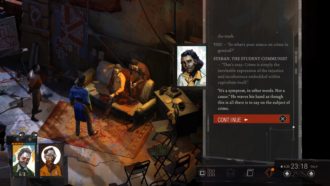 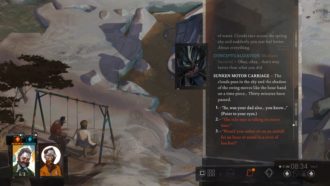 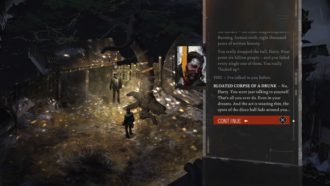 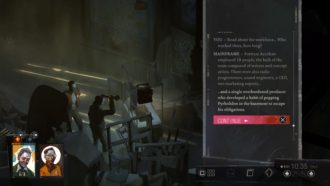 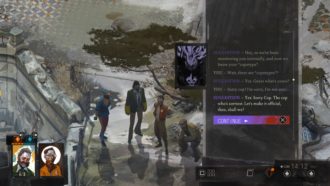 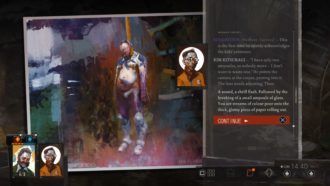 My Concerns for Disco Elysium – The Final Cut rest in its version on the PlayStation 5. Some three months (coming up on one for us Aussies) after its release, it’s still not in the state it needs to be. I experienced upwards of over a dozen crashes for the game, often every hour to an hour and a half of gameplay. This made me lose some crucial progress in the game a few times, losing those oh-so-precious in-game hours, pitting me back at the start of a given day. The fact of the matter is Disco Elysium – The Final Cut does not autosave as often as it needs to. I found myself having to resort to manually quick saving every few minutes out of fear that the next crash will be the one to put me back all those hours again. This isn’t how I wanted to experience Disco Elysium for the first time. I still adore it, but that aspect alone made me wish I was playing its PC version. Be warned.

Coming out of Disco Elysium – The Final Cut, I can finally say the hype was personally well matched. On offer is a fantastic and intriguing world, along with mystery to unravel. So much of the game’s writing is unmatched and PlayStation 5 version errors aside, I’m glad I finally took the plunge. Controlling an alcoholic, down-on-his-luck detective has never felt this simultaneously tragic and breathtaking.