Wasteland 3: The Battle of Steeltown is another must-play adventure in Colorado

Wasteland 3 was one of my personal gaming highlights of 2020. A party-based strategy RPG with old-school charm. The game was developed by InXile Entertainment and published and released by Deep Silver in August 2020. With gorgeous visuals, immersive writing, and nail-biting tactical combat, Wasteland 3 quickly and easily earned a place in my strategy-loving heart. Its sprawling story campaign and memorable characters stayed with me for a long time after my first playthrough. So, when I heard that InXile was due to release The Battle of Steeltown DLC, I couldn’t wait to step back into the Wasteland world.

In case you’re not familiar with Wasteland 3, the game sees you traversing the freezing Colorado plains while assembling a party of allies with different skillsets to progress through the story. You can modify each character’s specific skills, character quirks, weapons, facial features, trinkets, and more. The decisions you make when upgrading characters’ skills is important, since you’ll be best equipped with characters who have a diverse set of skills and strengths. Setting off with a good mix of characters who all have strengths – varying from being persuasive, to picking locks, to being a decent hacker – is paramount in Wasteland 3. In its Battle of Steeltown DLC, this is no different; the Steeltown campaign is just as complex and challenging as the main game, and you’ll need a party that’s up to the task.

Unlike some other games where you need to complete the main questline to get to the DLC, The Battle of Steeltown quest becomes available as soon as your party hits level 9. No matter what happens in the story or what choices you’ve made up until that point, you’ll get a call from the patriarch asking you for assistance. As he explains the situation, you’ll learn that the Steeltown factory is the main weapons and ammunition supplier in the Colorado region, but that lately their production has been thrown into chaos; incorrect orders are being delivered, weapons are faulty, and the quality isn’t what it used to be. It doesn’t take long before the patriarch tasks you with checking out the factory and getting production back on track.

As you might have guessed, the DLC campaign largely takes place in the manufacturing complex of Steeltown. Tucked away in the bottom right corner of your map, the factory consists of multiple levels that offer a whole new environment to explore, along with a signature Wasteland 3 storyline filled with complex choices and multiple endings. When you first get to the factory, you’ll quickly discover that the factory workers are on strike; the factory CEO, a woman named Abigail Markham, has built a dedicated computerized system called the C.E. to make all decisions regarding production and staff hires. However, things turned sour when the C.E. stopped hiring any new people and trapped the existing workers in the factory instead. Stranded outside the factory’s gates are the workers’ families, desperate for a sign of their loved ones. Just as you’re getting ready to enter the factory to find out more, you’re ambushed by a gang attacking Steeltown for weapons. 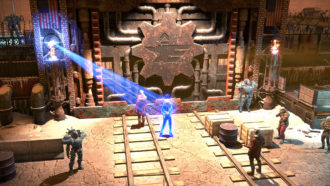 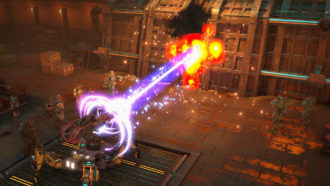 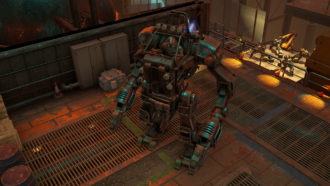 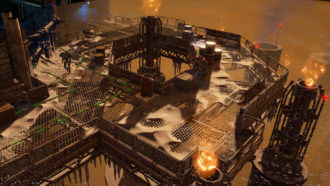 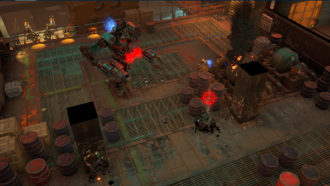 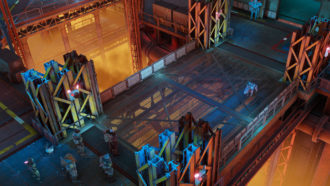 I loved the way that The Battle for Steeltown campaign loses no time in throwing you into the action. By essentially plunging you into battle straight away, the game runs you through a small tutorial outlining additional mechanics unique to The Battle of Steeltown DLC. Ranging from new weapons to unique crafting materials, and new status and shield effects in battle, The Battle of Steeltown DLC brings an array of new gameplay mechanics to the table. In Steeltown, people use non-lethal weapons, often described as ‘disruption weapons’, so as to not kill their workers. These non-lethal weapons can only be used against humans and don’t do much damage. Instead, they cause a ‘disruption effect’, which can stack up to ten.

“…The Battle of Steeltown DLC effortlessly enriches the already layered world of Wasteland 3.”

Another interesting change in Steeltown is the introduction of a lock-on mechanic in battle, which sees enemies targeting one specific member of your party until either your party member dies, or you take the enemy out. This, in combination with the other new mechanics in battle, significantly ramps up the pace in fights. Whilst I found myself mostly focussing on the types of weapons and enemies’ weak points in the base game, the introduction of elemental shields and disruption effects in the DLC made for a lot more moving parts during a battle. This took the challenge to a whole new level for me. As you progress through the campaign, you’ll find that fights with gangs are numerous and often difficult, since there’s a lot more to think about with the newly introduced mechanics; do I use lethal weapons or non-lethal ones? Is the enemy using a force field? Do I need additional armour? For me, these questions made for an exciting new challenge to get stuck into after exploring the main campaign.

Temporarily leaving your animal companions in the Range HQ animal kennel is a small sacrifice to make for Steeltown’s immersive story. Like the main game’s central storyline, the DLC is chock-full of choices with consequences. Just like in Colorado, your decisions will impact your broader reputation in the region, your relationships with characters in your party, and what factions you’ll end up aligning with. Once you get past the fight at Steeltown’s gates, Markham will send you on your way to end the strike as fast as you can; time is running out, and Markham is expecting the gangs to show up in Steeltown any minute, ready to raid the factory of the last remaining weapons. The main choice you’ll find yourself making faction-wise in the Steeltown DLC is whether you align yourself with the striking workers and their leader Salene Crow, or management’s security chief Karl Ludlow and his robot helpers. No matter which side you end up choosing, every character comes with a unique backstory and voice, and a hefty dose of Wasteland 3’s top-notch writing. The game’s dialogue is consistently well-written, sharp, and, at times, very tongue-in-cheek. The same goes for the DLC’s side-quests, and there’s plenty of them to be picked up. From solving a mystery to do with a serial killer to finding out more about the workers’ family members, plenty of side-quests will take a while to complete. I even completed one quest that revolved around getting the folks outside Steeltown a working toilet.

In true Wasteland 3 style, you won’t have heard the last of Steeltown once you’ve finished up the campaign. When I went to Colorado after finishing a playthrough, the paperboy was shouting about several paper headlines relating to the factory, and at times I heard NPCs talking about the way my party had handled the Steeltown situation. In a way, I think this illustrates what Wasteland 3 does best – both through its main campaign and its DLC – and that’s to deliver a superbly detailed story and setting to get lost in. In my eyes, The Battle of Steeltown DLC effortlessly enriches the already layered world of Wasteland 3, no matter the point in the story at which you decide to complete it. So, whether you’ve finished the main storyline or have only just begun your adventures in the freezing plains of Colorado, don’t miss The Battle of Steeltown. It’ll present you with a whole new engaging challenge.