Encased has been simmering in the background since its announcement by Dark Crystal Games in 2018. The isometric role-playing game takes place in an alternate 1970s, with alien anomalies and advanced technology. Nearly two years after entering Early Access, Encased will officially release in September 2021, as announced at the Summer Games Fest.  We received a preview of the first two acts, and while it’s undoubtedly engaging, there are still a few bolts to tighten.

A dome of anomalous origin is discovered on Earth and the world seizes The Cold War to investigate. Super-corporation CRONUS forms to focus studies on this strange occurrence, helping learn and advance humanity’s technology and underlying psychic abilities. You are one of thousands of CRONUS employees, a lucky individual with intellect and skill above most of humankind. Set before, during, and after the apocalyptic event that follows, Encased introduces an excitingly unique universe.

Four difficulty levels allow you to choose how you want to experience the game. Story Mode is the easiest and relaxing option for playing for the sake of the narrative, and on the other end is Tactics Mode which requires careful planning and consumption of food and medicine to succeed. Testing both difficulties provides a drastically different experience. If you are new to turn-based RPGs or are simply interested only in the plot, pick Story Mode. Otherwise, Tactics is the true CRPG experience, forcing you to consider each decision and manage your resources wisely.

“Selecting a wing for your character is not a decision to take lightly. Skills are distinct and the story or dialogue options you make will change…”

Character creation is as expected, assigning skill points and attributes to your character with a range of cosmetic options. However, in Encased you are slot into one of five CRONUS wings which further define your character’s proficiencies. The Black wing are physically strong and love big guns, they’re the military security service of CRONUS. The Blue wing are the engineers of the company and experts with melee weapons and crafting technology. White wing are the intellects and book-smart department, proficient with tech-weapons and medicine. CRONUS leaders are part of the Silver wing, charismatic people with a keen sense of psionic abilities. Finally, the Orange wing are the ex-criminals of society; they are rough and know what it takes to survive.

Selecting a wing for your character is not a decision to take lightly. Skills are distinct and the story or dialogue options you make will change as well. My character was a part of the Blue wing and they were able to converse with other Blue wing members, share a bit of group mentality, discover more about the world, and resolve objectives. I could repair machine turrets and let them do the work during challenging combat encounters. In contrast, a Silver wing character may rely on psionic powers or use their cunning to avoid conflict altogether.

With eight main attributes chosen at the beginning of the game, each has a significant impact on your starting skills, the amount of health and its growth rate, starting and maximum action points, resistance to physical or mental status effects, and level of defence against various elements. Attributes are also often checked in dialogues and story interactions and affect the availability of many perks. 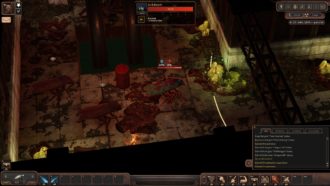 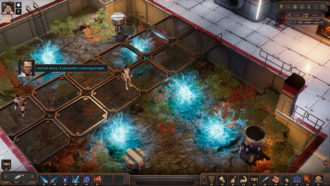 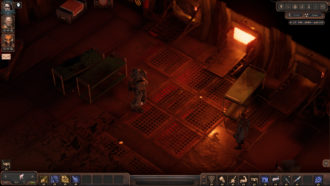 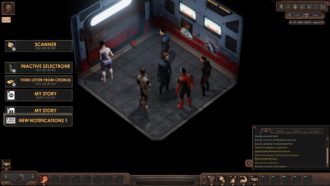 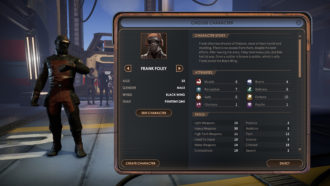 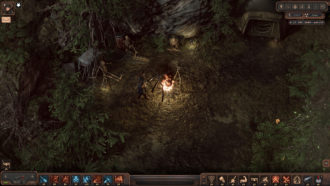 One of the earliest concerns with Encased is the narration and story-telling. Between scenes and during some scenarios, the game will move to still images of some impressive artwork and describe the story unfolding. While the paintings are phenomenal, these moments feel like ways to avoid animating complex action or story-beats. For example, early on you get into a large vehicle to venture out towards the dome anomaly. You can select to blast through the gate and leave without permission or have your partner drive the truck if you don’t have the skill level. Throughout this, there are two or three images of the scene that are flicked through with a lot of text. We don’t see the vehicle move in-game at all. Climbing ladders or moving through vents is met with a fade in and out rather than an animation, as well. This happens a lot and there is no word about whether this is part of the final product.

“…there are still many grammatical errors and odd writing choices that stand out and hurt the immersion.”

Lot’s of text and reading is typical in CRPGs like this and the above complaint isn’t too bad. Although, there are still many grammatical errors and odd writing choices that stand out and hurt the immersion. Understandably, the developers at Dark Crystal Games have a non-English speaking background. Yet, there are many games out there with terrific English translations and writing so I can only wish these issues are reconsidered before September. Hopefully, the Saint Petersburg developers have an excellent team of English writers or Quality Assurance translation experts to help refine the dialogue.

On the other hand, the Encased developers include a really useful tooltip pop-up on dialogue. It helps explain the many, many unknown and fictitious words and phrases in the universe. Too many times have I played a CRPG, whether its the first time or returning to it after many months, to be completely confused about what specific words mean in the context. This small but intuitive addition is a fantastic way to keep the game’s narrative and dialogue coherent.

As expected with Early Access, several bugs are still dwindling about and need serious squashing. There were moments where I could not equip unlocked active abilities and other times where the accuracy of attacks was simply wrong. Shooting from stealth mode doesn’t engage combat, which can easily be abused to overcome tough encounters. There are also some concerns surrounding item discovery and shops, particularly on harder difficulties. Good loot is hard to find, as is a shop or NPC with some interesting gear. Parts of the game aren’t easy and facing ambushes of enemies with starting weapons in Act 2 isn’t ideal or fun. 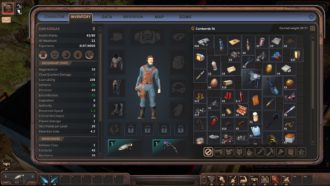 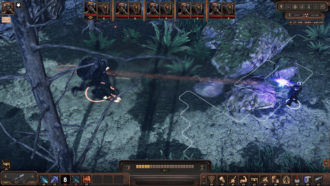 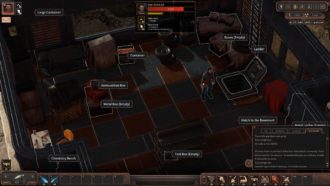 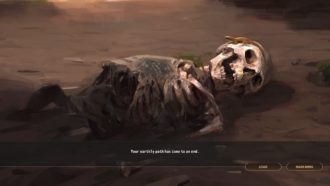 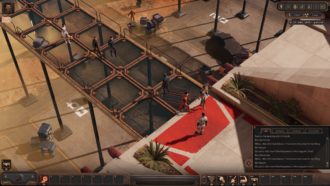 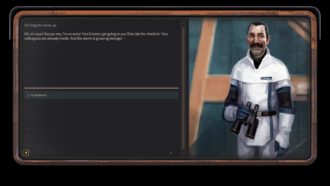 Vasily “Mushroomer” Kashnikov is the composer of the Encased soundtrack. Kashnikov is the genius behind the melancholy music of Pathologic 2 and a bunch of electronic music mixes. The score of Encased is reminiscent of his artistry, with a dramatic sci-fi main theme with “Aperture” and other more lively and energetic techy tracks like “Going Rogue”. It’s an incredible mix that reflects the world wonderfully.

Right out of the gate, Encased feels much like last year’s Wasteland 3 and other modern isometric RPGs. There is plenty of great inspiration and it’s coupled with a pretty intriguing setting. We can only hope that Dark Crystal Games focus on the common issues among the hopeful community buzzing around this dystopian, alternate universe game. Now apart of Koch Media’s newest publishing suite, Prime Matter, they should have the support to release with a bang. Encased has some way to go, but it may eventually stand firmly on the podium with some of the best isometric RPGs to date.