It’s been nearly eight years since Alien: Isolation and Aliens: Colonial Marines (or only a couple if you played Alien: Blackout), both representing two sides of quality fans of the series can expect. We’ve cried, we’ve revered, and we continue to get excited about new Alien games. Cold Iron Studios now brings us Aliens: Fireteam Elite, a cooperative third-person shooter that pits you and your fireteam against hordes of the Xenomorph threat.

Checkpoint Gaming received some hands-on preview time to look at the game ahead of its release on 25 August 2021. From what we’ve played, it’s tough to say how exactly the game will be received in its current state. There are many fantastic gameplay moments and also many concerns.

You’ll create, customise, and equip your Colonial Marine with an arsenal of familiar weapons, tactical equipment, and perks to fight through several missions upon the jungle planet LV-895 and other locations. Players can tinker with loadouts across four different classes to assign to: Gunner, Demolisher, Technician, and Doc. Each has their own purpose and cooldown abilities within the fireteam squad. The Demolisher can launch a missile that clears out a huge area of Xenos on impact, whereas the Doc can deploy a Trauma Station that heals allies within its radius. It’s admittedly a basic setup but having a maximum team of three means selecting the best roles for each mission and group, requiring some thought to how you want to play.

Abilities can be modified in the Perk Grid, allowing marines to swap out powers or add modifiers that boost other stats. The Gunner can equip a Focus Fire which increases damage and can stack multiple times. These perks can be purchased or unlocked by levelling up each role. The concern here is the awkward grid management. It’s like block inventory management in a Resident Evil game, where you must select a space that fits each perks size. Levelling up allows you to unlock more space to use more perks at once and create unique loadouts. Regardless, it’s not the most straightforward system and seems needlessly annoying. 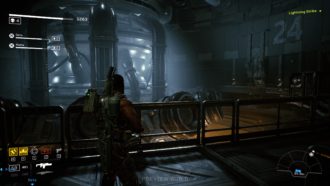 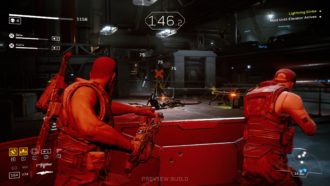 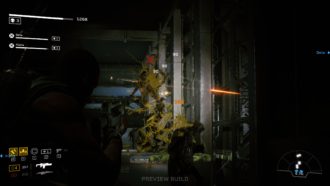 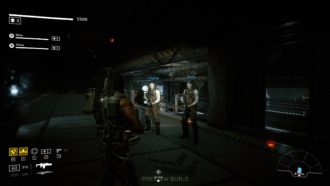 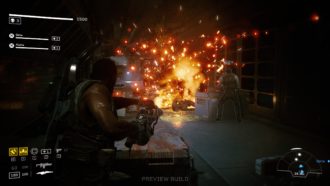 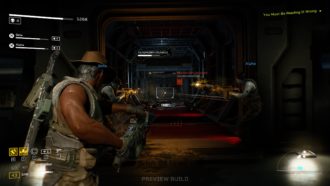 Making your marine your own is great fun. There are many cosmetic items to keep soldiers interesting, including gun skins, decals, armour sets, outfits, hats, and more. These can be unlocked by finding hidden caches in missions or buying “Special Stock” from Sergeant Park using currency earned in-game. Always happy to see creative customisation options that don’t require random loot box drops. Everything here is earned by playing and it’s a welcome decision.

Gameplay is set out in four campaign acts. In our preview, we tested “Priority One” in the Katanga refinery, tasked with extracting Dr Timothy Hoenikker from Weyland-Yutani. There are three missions within the act, like the structure of Left 4 Dead or the upcoming Back 4 Blood. Each is assigned a recommended combat rating depending on difficulty, which will tell players whether their designated loadout is up for the challenge. There is also a horde mode which will be available on release.

The in-game action needs some work. You’ll be utilising all your abilities with your primary weapons to survive the legions of Xenomorphs. They’ll often attack in ambushes, holding you back at points within the mission. While these hold-off moments are common in the preview we played, they do raise the tension and demand quick planning and on-the-fly decisions to stay alive. Using consumable items like sentry guns or incendiary ammo at the right instant is vital.

AI androids that serve as companions outside of multiplayer are surprisingly decent. They’ll be useful teammates during low to mildly challenging missions, taking cover and actually decimating a good chunk of the oncoming Xenos. However, it is more than certain you’ll need two friends to play with if you want to go for those hard missions with unique modifiers and reap the rewards.

Different types of aliens will attack your ambitious squad. You’ve got the ordinary Runners who go down quickly but are certainly a threat when they attack in fast-moving groups. Spitters will shoot acid on areas causing damage to whoever walks over. Warriors are the big tank type of Xeno that has armour and a significant health bar. And, of course, the Prowler will pin you down from nowhere and give you the biggest fright of your life. With more variants in the full release, there is an excellent cast of creatures to keep an eye out for.

Yet, they aren’t entirely original and often tricky to pick out from the rest of the nest. They all have similar silhouettes that often make it hard to distinguish one without a giant nametag above their heads. Additionally, the AI isn’t exactly smart. Xenos can crawl on walls, come out of vents, from below, and seemingly anywhere from what we’ve seen in the series. Aliens: Fireteam Elite has most of them aimlessly run at you on foot, with a handful moving on the walls. There is so much opportunity for exciting ways to have enemies move around the intricate environments that I hope are realised in the full release.

As with most Alien games, the lore is here and fans will love it. Each campaign act and mission is filled to the brim with hints and nods to other parts of the universe. Set 23 years after the original trilogy, the game has much more of the humour and action of Aliens rather than the isolation and horror of Alien. It fits well, too. One of the missions you encounter a Xenomorph with the moniker “Monica”, who has been troubling one of your fellow Weyland-Yutani scientists for a while. There is plenty of banter and quips mid-action reminiscent of the second film’s writing. 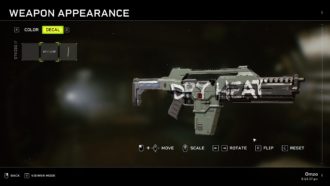 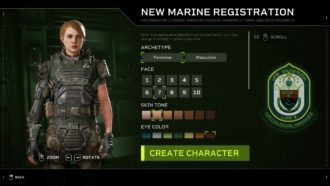 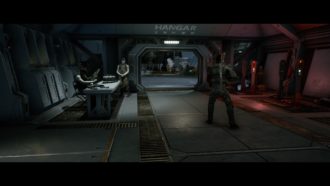 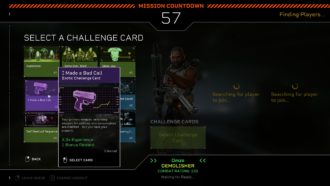 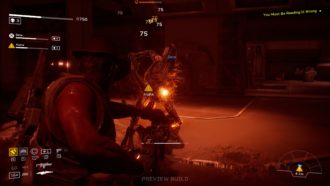 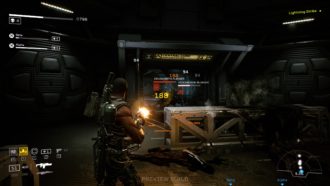 Aliens: Fireteam Elite has a long way to go before it can compete with other co-op shooters. The customisation, story, and universe will appeal to many fans of Aliens, no doubt. Being able to build your marine, tear apart Xenos with the classic rifle and radar sounds never gets old. Although, considering the lacklustre AI and repetitive level design there isn’t much to get the general audience into the game and hold them there for a while. Luckily, most of these things can be tweaked. All I can say right now is, “that… could have gone better”.