Clid the Snail is tough, and I’m referring to both the game and its surly protagonist. But unlike its titular gun-toting gastropod, this top-down shooter is a lot of fun. This is the first game by Spanish indie studio Weird Beluga, and based on the demo we played, it’s shaping up to be a hit.

The game is set in a gloomy sci-fi world where humans are no more, and the land has been reclaimed by various animals who live in species-specific kingdoms. In our demo, we saw Clid banished from the snail kingdom and wandering the open wilderness before teaming up with a group of fellow outcasts known as Alastor.

The world is bleak and sullen, and cleverly emphasises how even though it’s full of anthropomorphic animals wielding sci-fi weapons, they’re still in a world much larger than them. At one point I walked past a lighter by the side of a road, an engagement ring at the end of a bridge, and some lanterns held inside what I slowly realised was a giant human skull. Well, a regular skull, but we’re playing a snail.

And what a snail he is! The demo we played didn’t reveal why Clid had been ostracised by his community, but it was clear that he didn’t really care. The devs describe him as having “an eccentric, problematic personality”, which is evident from what we’ve seen. He takes an acerbic tone with everyone he meets, particularly Belu, a firefly who follows him around at all times. Clid despises Belu, even though she is trying to help him, and Belu is determined to travel with him despite his constant barbs. The two of them share an interesting relationship that hopefully develops in the full game. We also got to briefly meet the rest of Alastor, including a deaf bat who uses human-sized earphones as a hearing aid.

Despite being a twin-stick shooter, Clid the Snail is very slow-paced, and better off for it. In our demo, precise aiming was required to take down foes. Positioning is crucial, and I found it important to learn how to move while aiming, and make sure not to get backed into a corner while baddies were shambling towards me. The demo ended with a challenging boss fight that took me a few tries to beat, but it was satisfying learning his abilities so I knew how to respond to them. Sometimes he would shoot slow-moving rockets at me which I had to precisely shoot down while taking my own shots at him when I had the chance. Sometimes he would pull out a flamethrower, which I could avoid by hiding behind cover. It was satisfying learning the boss’ abilities until I finally defeated him. We had access to four different guns (a laser blaster, a shotgun, an SMG, and an acid grenade launcher) and throwable mines and grenades, with the promise of many more weapons in the final game. Some of these include a massive missile launcher, and the ability for Clid to switch between multiple combat shells on the fly.

Shooting isn’t all Clid can do, as we encountered a couple of puzzles during the demo. One in particular involved disabling a batch of lasers in a specific order so I could pass and collect a seed (three more and I get a Zelda-esque health boost!). The puzzle required shooting crystals with precise timing, which led me to die a few times before I understood and solved it, and I enjoyed it in the same way I did the boss fight. 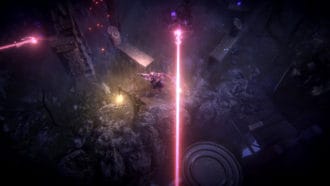 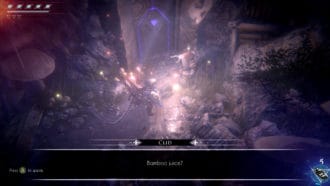 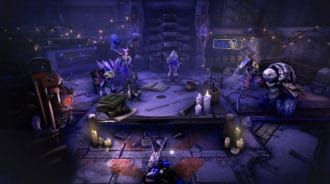 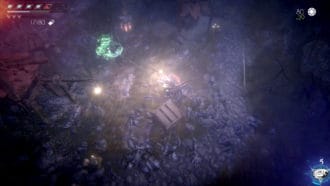 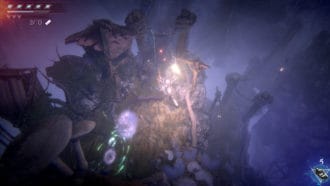 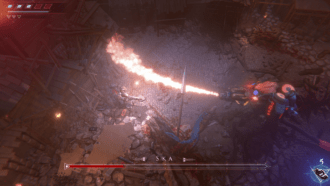 Weird Beluga are a team of five friends from college who came up with the original concept as part of a game jam. It was so well received they developed it into a demo, which won two PlayStation Talents awards (a Spanish initiative), for Best Game and Best Art. This led them to receive the backing of both PlayStation and Koch Media to develop Clid the Snail as a full game.

Some of the team were present at a virtual preview event, and they were very open about their inspirations behind the game. A talkative firefly named Belu travels with Clid at all times, reminiscent of Navi from the Legend of Zelda. During the preview, a little critter appeared and ran away from Clid, causing him to chase it down and kill for loot, leading one of the devs to cheekily point out how “every game needs a Dark Souls reference nowadays”. Clid the Snail is a passion project by a group of friends, and we’re looking forward to play more of it when it releases later this year on PS4 and PC.