Dice Legacy is an upcoming survival city builder currently being developed by DestinyBIT and published by Ravenscourt. The game sees you building up a city from scratch, producing resources and food, fighting off raiders, and growing your realm throughout a playthrough.

In many ways, Dice Legacy sounds like any other strategy game. The game starts with your settlers washing ashore on an unfamiliar island. Not long after you arrive, you’ll start building houses, growing wheat, building up your settlement’s defences, and storing food in warehouses to make sure your people can survive through winter. What sets the game apart, though, is how you complete these building actions: through rolling a set of dice.

Every time you want specific units to perform an action, you’ll have to roll the relevant dice, hoping that the resulting symbols will match the ones of the specific action you’re after. If you’re looking to build a house, for example, you might need two peasant units to perform a build action, meaning you’ll need to roll two dice with the hammer symbol — representing the build action — in order to get the house built. If you don’t get the right result the first time you roll the dice, you always have the option of rolling them again. But there’s a catch: every time you roll several dice, they’ll wear out. Starting at a durability value of fourteen, dice will lose one durability point every time you roll them. If they reach zero, the peasant, citizen, or soldier represented by the die dies, which will affect the level of happiness in your settlement. If your settlement’s happiness level drops too low, you’ll have to deal with peasant riots and resource shortages.

Different buildings and gathering posts can be used for different actions too, although at a cost. Gathering wood, for example, will cost you one hunting action from one peasant die, while unlocking new technologies at a school will cost you three research actions from three citizen dice. Like in many other strategy games, many buildings can also be upgraded or used to unlock more complex buildings down the line. But to upgrade them, you’ll often need a few items additional to your dice action cost too. To upgrade your district hall, for example, you’ll need two nuggets of gold in addition to two dice for your build actions. Since you only have a small chance of obtaining gold when mining iron or stone, mining lots of stone and iron until you hit gold is a tricky strategy that might end up unnecessarily tanking the durability of your dice set, hurting your population’s happiness levels in the long run.

Luckily, you can still create new dice when you need them, or repair dice that are about to break. At the tavern, for example, you can increase a die’s durability if you sacrifice a food item. However, you can only repair one die per tavern, and you’ll need multiple dice to build multiple taverns and perform the food gathering action. You do have the option to create new dice, but in order to do this, you’ll have to plunk two dice in a house for quite some time. In the meantime, the clock is ticking; if winter arrives, you might not have enough food to see your population through the cold. If it’s summer, you’ll need all the dice you can get to gather food and grow wheatfields in order to stockpile food.

In addition to this, you can’t always use your dice in winter, since some of them will freeze if the temperature is too low, meaning you’ll either have to discard them, which will affect the happiness level of your population, or wait until summer for them to thaw, which will take time. On top of this, you can only hold twelve dice at a time across every class. So, depending on what era you’re in, you’ll also have to balance how many dice of each set you’ll have in your set of twelve. 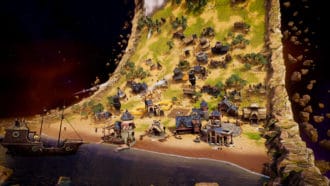 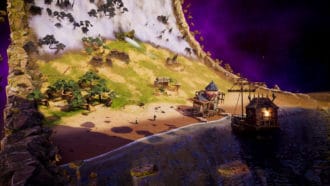 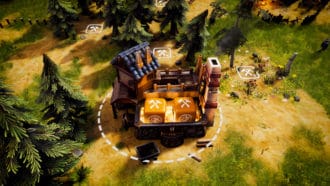 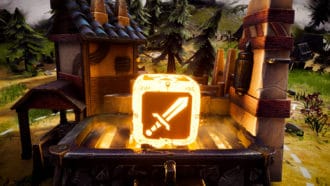 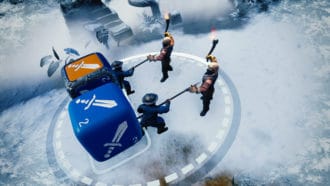 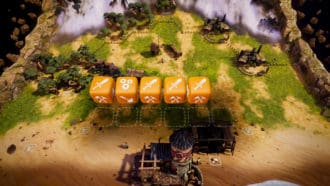 In my eyes, introducing the dice mechanic to a classic strategy game format is a great way to make the usual conundrums about how to use your resources a lot more engaging. While some classic strategy games might become predictable once you’ve fleshed out an effective strategy, Dice Legacy introduces an element of chance that will keep you on your toes no matter what. Unlike in games like Banished or Civilisation, the progress of Dice Legacy isn’t always predictable; rather than just having the layout of your map change with each playthrough, the number of different dice and the severity of the seasons ensures that every playthrough is wildly different from the last.

While I initially worried that the dice element in Dice Legacy might be shallow or gimmicky, the game proved me wrong. Instead, the dice mechanic deepens an already engaging strategy format, creating a refreshing gameplay experience in the process.  While it took me a while to figure out all the intricacies of Dice Legacy when I first booted up the game — the tutorial still is pretty spartan at the moment — it’s clear that Dice Legacy is on track to be an engrossing and original strategy title.

If the preview is anything to go by, I’ll certainly be ready to roll the dice again once the title is released in September this year.