Is any year ever complete without an obligatory Call of Duty game? The answer is no. Like Fifa, the series returns on the carousel of gaming offerings throughout the year. Call of Duty(COD): Vanguard is the follow-up to Call of Duty: Black Ops Cold War and it’s taking players back to World War Two.

While recently the series hasn’t been my first pick, there was a time when I’d spend hours in Multiplayer grinding to be better though I’ll never be an fps god. COD: Warzone does pique my interest from time to time I doubt I’ll ever tear myself away from third-person shooters. With life the way it is right now, a dive back into the past with a competent series like COD has been an interesting foray, and it’s left me with more of a craving for FPS games.

If you’ve never played a COD game, it’s a first-person shooter that thrives in dramatic combat situations that leave players itching for more. You shoot the bad guys, you shoot more bad guys, and then you shoot even more bad guys, so it’s a fairly straightforward formula that isn’t too hard to pick up.

COD tends to alternate settings in its releases so most games are different to some respect while the core gameplay remains. They feature a campaign storyline that gives players an adrenaline-pumped adventure that, while dramatic, certainly delivers the action players crave. But that’s not all COD brings to the shooter category. They also boast an online multiplayer mode stacked full of game modes like team deathmatch, kill confirmed, search and destroy and even a new patrol mode where players have to work together to guard a moving control point. And no COD game would be complete without Zombies! The undead mode is somewhat of a fan favourite, putting players up against wave after wave of the ravenous undead. Chances are you will of also seen COD: Warzone around as well, this is the series’s own battle royale offering. Dare I say more?

COD: Vanguard is a return to safe ground for the game, being set during World War 2. Players will follow several groups of allies in the war effort and fight to victory in some of the most influential battles of the war. It’s also set to feature the return of the multiplayer and zombies as well as COD: Warzone integration.

It’s been a while since I had my hands on a COD game, but I was fairly sure of what I was walking into. COD: Vanguard feels familiar from the get-go. Jumping into the multiplayer feels like I’ve been taken back to my days with COD: Black Ops 2 which is a game I played to death when it came out. Despite being familiar though it’s easy to see that the series has still changed a lot though voice chat in games is filled with people who seem to know my mum though let’s not dwell on that. 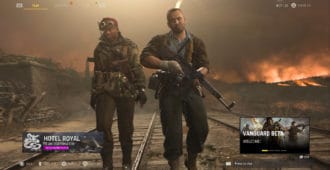 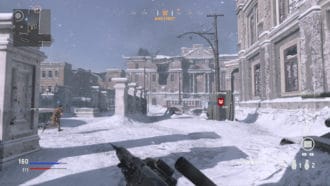 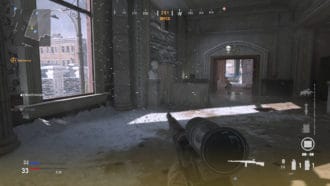 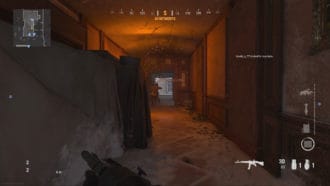 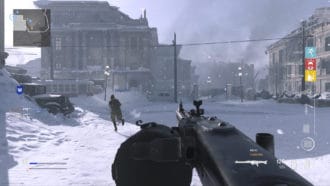 Something I don’t think COD is appreciated enough for is the detail that goes into the weapons. Everything from the reload animations to the rumble as shots vibrate through the controller feels crafted for player experience. It’s certainly all the more satisfying when you line a shot up and feel the bullet leaving the gun. Considering the bravado of a series like COD, the effort to create a gun scape worthy of appreciation often goes unnoticed.

My issues with COD: Vanguard feel less about the game and more about my own skill level. The payoff for getting a really good streak feels amazing and quite thrilling. That said, as I said earlier, I am no FPS god, so multiplayer in this game can be quite frustrating. I also dislike how new players are treated in a veteran-heavy series like COD. Some lobbies feel stacked full of players with ranks 10 times your own. Even in the Beta, there were players who’ve somehow been able to grind to rank 20 within a single Beta weekend. And a lot of the skill acquired in one game is transferable to the next, so some players are coming in with the advantage. I’d honestly like to see COD do more to keep newer players. Even as a player that has experience with the series, the skill ceiling is very high and quite unforgiving.

Where COD places most of its attention are the maps that have given the series a reputation for being some of the most iconic FPS maps in the genre. Legendary maps like Nuketown, Raid, Terminal, Hijacked and Rust are what the series is known for and this release looks to include some new possible staples for the series. Each of the maps I have seen in the multiplayer Beta brings something new to the table. They feel individual and it’s awesome seeing how the maps have improved since I played the series last. It’s also even better to see that COD has moved away from selling a Season Pass that gave players more multiplayer and zombies maps. Out of all the things I remember about playing the series, having to pay like an extra $60 on top of the game was a hard sell. Now COD is all about battle passes which isn’t much of a surprise honestly considering they do have meat in the battle royale genre now.

“…a gorgeous structure that deserves anything but to be sprayed with lead but still looks amazing after a gunfight.”

Hotel Royale is already a standout for me maps we’ve seen so far. It features some longer areas perfect for sniping as well as corners to peak and small rooms to camp. The map is set in Paris, France during the Liberation of Paris from the occupation in 1944. The Hotel Royale is a stronghold in the city and is a gorgeous structure that deserves anything but to be sprayed with lead but still looks amazing after a gunfight. Truly, it’s like something straight out of a movie. The surrounds of the map are lively as well as Paris is taken back.

I’m also loving that COD is really beginning to embrace destructive environments. The hotel features breakable walls players can smash through, windows and partitions that can be shattered, and even a bar of glassware just asking to be obliterated. It’s quite an impressive map that allows for a varied approach in strategies depending on player strengthens. 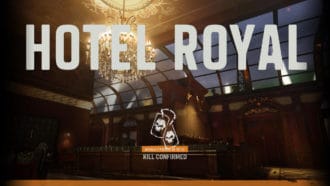 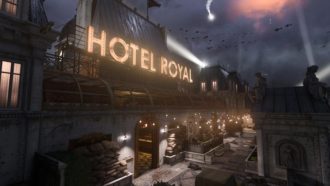 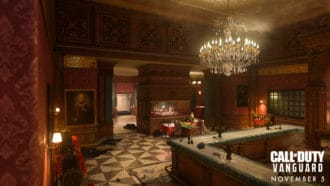 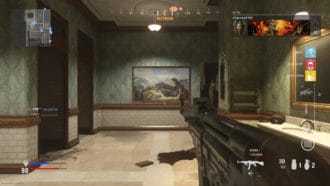 Other maps feel developed and navigation doesn’t take long to get the hang of like it used to on maps in earlier entries in the series. I look forward to seeing even more of the maps available, hopefully, we’ll see more of them before release.

Honestly, COD: Vanguard is a safe bet if you’re a die-hard for a run and gun shooter. In the FPS landscape, they go the distance and learn and adjust along the way and the level of quality is something worth the appreciation in this macho shooter game. COD isn’t for everyone though and it does feel like it leaves new players in the dust so if you haven’t played the series before you might find other releases in the franchise quite informative on whether it’s the game for you. Honestly, as much as I’d like to dedicate time to this game, the skill ceiling is something I think will always be foreign to me but that won’t stop me playing with a few mates even if I’m getting my butt kicked.

For players keen to test the game out there’s still a chance to jump into the Beta. Playstation players will be able to check the game sooner in their own open Beta this weekend while everyone else without a code will need to wait till the open beta opens on all platforms unless you have a code.

Call of Duty: Vanguard arrives November 5 for Xbox One, Xbox Series X|S, PS5, PS4, and PC. Are you ready to take up arms in the fight?