Webbed, a new platformer from Australian indie developer Sbug Games, wants you to reconsider your opinion of spiders. Developed by Riley Neville and Noah Seymour, this Queensland-made game takes players on a journey through the Australian landscape as you make webs and set off on an adventure as an adorable little peacock spider. In a recent interview with Checkpoint, Riley told us that “If you’ve seen videos of peacock spiders doing their little dances, they’re incredibly cute. There’s nothing threatening about them. That’s not an enemy! It’s about a millimetre across in total, it’s a tiny little dancing, colourful friend and we want to show that sort of character in our game.”

Noah, who has already brought spiders to gaming in their earlier indie title A Mess of Legs, explained their love for the little creatures; “I just kind of keep falling down the rabbit hole further and further. I’ve bought big books of the most documented spiders in Australia and love to take pictures of them in my back yard.” Of course, players with arachnophobia aren’t going to be as ready to welcome spiders into their gaming time. Thankfully, Riley explained how Webbed includes a clever workaround in its accessibility features; “At first I think my main goal was just make it as cute as possible, but even still, even with it being quite a cute spider, we still got some messages on social media saying like ‘this looks adorable but I’m just too afraid of spiders to play this game… it wasn’t really that hard to add an option at that point, so once we’d had a couple of messages like that I just figured, like, I’ll spend a day. I’ll make a blob version of all the spiders in the game, and just add a toggle in the menu where you can toggle between spider mode and blob mode.” I’ve tried the blob mode out myself and, while I don’t personally have a problem with the cute default spiders, the blobs bouncing around are also undeniably adorable. Anyone who needs to use blob mode will still be getting a very cute game.

The concept behind Webbed is delightfully simple. Riley gave us the elevator pitch, saying “Webbed is the story of a happy little spider whose boyfriend has been kidnapped by a big mean bowerbird and you’ve got to use your web skills to make friends with bugs and mount a daring rescue mission.” The mechanic idea behind the game is so natural that Riley admitted it’s surprising we haven’t seen games like Webbed before. “It feels like a really obvious mechanic for a platformer and we just couldn’t find anything like it.”

“It feels like a really obvious mechanic for a platformer and we just couldn’t find anything like it.”

True to their fast-paced pitch, Sbug Games delivers an adventure that kicks off immediately with an outrageous kidnapping by a—comparatively—very large bird. I got to play through the game and after watching helplessly as my beautiful, blue boyfriend was whisked away, I emerged into the gorgeously illustrated Australian bush. The map is separated into a hub world filled with familiarly local trees at the core with three branches into different insect kingdoms—east to the bees in their tree-top kingdom, down to the ants in their underground tunnels, and west to the dung beetles in their unpleasantly slimy den. Each section is distinctive in its layout and insect inhabitants, but they’re also separated by gameplay. Each zone focuses on one of Webbed’s core gameplay elements; swinging, web building, and object manipulation. Noah talked about the design philosophy behind these sections that showcase the three gameplay pillars Webbed has to offer; “The way that we approached it was having areas that were focused on things you could do in the game, and so that’s swinging in the whole bee section, and then using your laser and webs to manipulate objects in the ant section, and then a bit more focused on building webs because of limitations to where you can put webs down in the beetle section—which really helps, like, practice the whole system of what you could do in the game. But of course, literally any of the solutions are pretty much valid in all of them, which is a great side effect of the way that the webs work.”

For my tastes, swinging like an eight-legged pendulum with the web-slinging traversal mechanics was the standout. The movement feels close enough to real-world physics that my momentum and arc with each swing felt natural, matching my expectation of how far I should go and how best to time my threads for speed and acrobatic flair. What Noah says about multiple solutions being valid was definitely borne out in my experience; I made it through two runs of the simple see-saw puzzles in the more physics-focused dung beetle section in two different ways while the free-form object moving puzzles in the ant tunnels let you play around with the mechanics to creatively move pieces into place.

In order to solve the more finicky object manipulation puzzles, I needed my full toolset of webs and, of course, eye lasers. Riley explained the background of why Webbed’s spider was given laser beams; “It’s a hold-over from the initial prototype, which was a Just Cause 2 de-make. So, the first mechanics we implemented were grappling hook, parachute, and laser shooting. But it kinda needed to stay in the game because it’s a really good way of both breaking webs that you put and you don’t want to be there anymore—and you can break webs at a distance with your laser eyes—and also with moving objects around for physics puzzles.” It’s true that, without your lasers, your web abilities are much more limited. I don’t think I’ve tried everything possible with building webs and using lasers to precisely destroy crucial threads, but building a makeshift slingshot and cutting a cord with my lasers to set it off is one neat application so far. The lasers also bump objects, which I used to nudge some pieces into place after getting them lined up with webs. 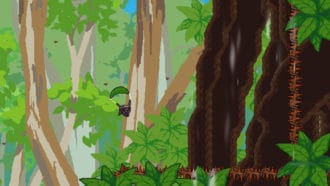 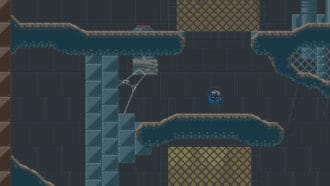 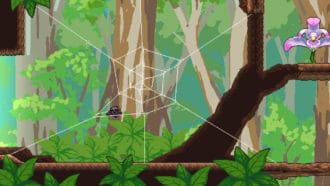 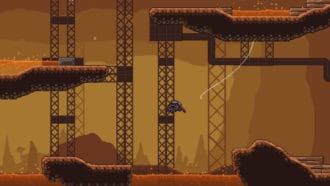 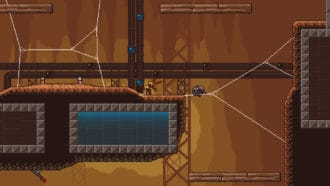 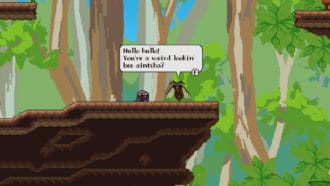 While laser beam eyes might be just a little unrealistic even by the standards of Australian spiders, it’s hard to argue against their coolness factor. Riley explained that it was also a better fit for Webbed’s tone to keep using lasers rather than something more sinister; “So, we’ve had some people suggest that maybe it would be more realistic to have a venom blast instead of a laser blast—which, honestly, I just think a venom blast seems cruel. A laser, like, if you shoot an ant with the little laser it kicks them a little bit back and they’re fine. If you kick them with a venom blast that has a feeling of, like, pain to it, you know? I just don’t think it’s the positive vibes we’re going for.”

Positive vibes certainly carry throughout the game. Every creature you can speak with is happy for a friendly chat and combat is, for the most part, off the table in favour of jolly cooperation. Noah explained the decision to avoid fighting as necessary to the game’s mission of friendship; “We want it to be a game about making friends specifically. And, so, it’s hard to make friends when you could also fight.” Having played through the game’s main adventure, it doesn’t seem like I ever needed to fire my laser eyes in anger. Apart from some thrilling heroics at the climax of the game, most creatures you run into are there for you to help. Even one of the many side collectibles, edible flies, is softened in webbed as Riley pointed out; “Nobody dies in the game—even the flies you eat can be freed.”

“We want it to be a game about making friends… it’s hard to make friends when you could also fight.”

While adventuring around helping my tiny friends, I was able to take in the gorgeous scenery of Webbed’s familiar Australian setting. The background of the hub world, in particular, is filled with a beautiful pixel-art forest featuring the motley texture of Australian eucalyptus trees—I’m getting candlebark and stringybark vibes, but we honestly have too many species of Eucalyptus for me to say for certain. The art of Webbed nails this immediately Australian feel in the environment that should be familiar to everyone who’s been lucky enough to spend some time in our national parks. Riley explained that grounding Webbed in an authentically Australian environment was very deliberate; “I think as soon as we decided we wanted the main character to be peacock spider… we wanted it to feel a little bit grounded in that way. So, the main villain of the game is a bower bird who kidnaps your boyfriend because he is shiny and blue. And we have, like, native ants and native beetles and the native stingless bees all throughout the game and just wanted to highlight those, like, really cool and unique animals in Australia that don’t get a lot of play when the, like, cute koalas and wombats are hogging the screen.”

With so many things to swing from and tiny friends to encounter, I’m a big fan of how Webbed lets you back out into the open world after the conclusion of the main questline. I’ve spent a bit of time after the endgame just swinging around and messing with the web building mechanics. From what Riley told us about players in Webbed’s demo, I’m not the only one; “Some players have spent many hours in the demo that we designed to be about ten minutes long. So, I think there’s a lot of replay value in… the ability to just be creative and build webs and also find all the little secrets throughout the game…”. On top of the fun of swinging around and building webs, there’s also a suite of hidden things to do in the world of Webbed. These can range from simple objectives like collecting all the missing ant larvae and returning them to their nursery up to the most surprising thing I stumbled into—a full 2D skate park that felt straight out of early-2000s flash games. Riley and Noah both commented on the skate park, which sound like one of Noah’s pet projects while working on Webbed. Noah commented on the difficulty of getting a skate park to feel fun in 2D; “It’s not a solved problem—least it wasn’t before I did it. I mean, I’ve made *a* solution.” I think Noah’s solution is a good one based on the time I spent on the board, but I have to admit I’m personally way too bad at the minigame to keep that up for long.

If this indie platformer about a web-slinging and laser-blasting peacock spider hurtling through vibrant Australian scenery to make friends with a cast of colourful critters has piqued your interest, you’re in luck. Webbed is officially released on Steam, Humble, and Good Old Games as of September 9. You can also check out Sbug Games on Twitter to stay up to date with the studio or visit Webbed’s own Discord server.

I enjoy story-based RPGs, tabletop gaming, and making myself sick in VR. I haven't let a professional cut my hair in years and I do not intend to start now.