Battlefield 2042 is having an Open Beta weekend from 8–10 October 2021 to show off what it’s doing to be the next best first-person shooter. As a part of a press preview event, we were able to jump into the build a little earlier to test out the game’s newest features.

What everyone wants to know about first and foremost is how the natural disasters work in Battlefield 2042. The Open Beta includes the map Orbital, set in Korour French Guiana, which features the large tornado and storm. Unlike the Levolution events in previous Battlefield games, these weather effects are unpredictable and build in real-time. You can clearly see the clouds darken, the wind pick up, and the twister beginning to form just offshore so you can prepare for the worst.

Just like a real tornado, exactly where it goes and wreaks havoc is unknown. In our short preview, we encountered the devastating storm a few times. It would form in the ocean and slowly make its way into the major areas and capture points of the map. While it made piloting a jet or helicopter significantly more chaotic, the impact on infantry wasn’t as drastic. Whether this was due to an early build or incomplete elements, the tornado would affect only some buildings and there didn’t seem to be much effect on ground combat. Admittedly, we only saw one of the many disasters Battlefield 2042 has to offer, but this one didn’t feel as game-changing as promised.

Orbital in Conquest is split between several sectors containing one or two capture zones. The main point of interest is an imminent rocket launch at the northeast corner of the map. The island map consists of large plains and hills, a denser bushier area, a tall skyscraper, and a few areas of low-built military sites. Besides the rocket launch, to be completely frank this is a very generic Battlefield map. It has all the bells and whistles you’d expect and looks very similar to Caspian Border and Wake Island. 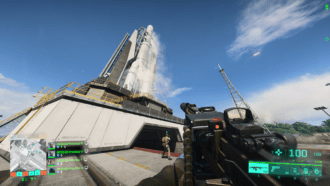 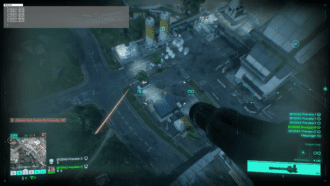 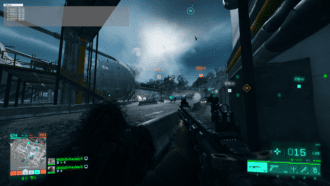 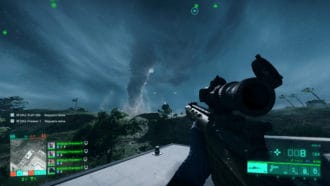 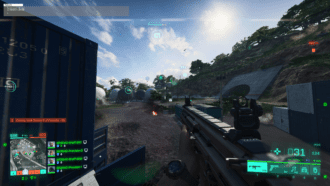 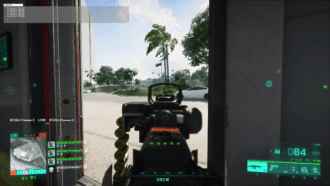 There are certainly intuitive additions to gameplay, though. An on-the-go weapon customisation system makes switching attachments for situations or environments an absolute breeze in Battlefield 2042. By holding down a key or button, soldiers can bring up the Plus menu that allows them to select between silencers and muzzles, optical scopes, magazines, and foregrips. It’s really nice to have, especially with how vast Battlefield maps can be. On multiple occasions running across large spaces, I needed to swap to a longer scope to pick off enemies at a distance and then back to iron sights for close-quarter combat.

Another addition is the vehicle drop-off request. Similar to how the weapon customisation works, you can open a menu and select a robot drone or a jeep to be dropped at a marked location nearby by holding a button. Instead of intentionally dying and respawning to get to where you need to be quickly, this mechanic allows versatile movement across the battlefield. It’s another handy tool for players in the upcoming shooter.

The largest difference fans of the series will notice is the overhaul to the class system. Instead of the usual and quite rigid roles in a squad, you’ll assume the role of a Specialist with a unique ability. You can assign them to one of the classic classes of Assault, Engineer, Medic, or Recon and build a distinctive playstyle. For example, Maria Falck is a strong and experienced medic from the German army who carries an S21 Syrette Pistol and can heal and revive teammates. She’ll be assigned to the Medic class for the full support role, or potentially as Assault so she can also have the firepower to hold the frontline. Experimentation with the new class system shows how adaptable roles in the squad will be during tense encounters. 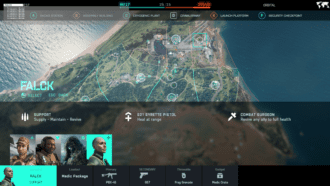 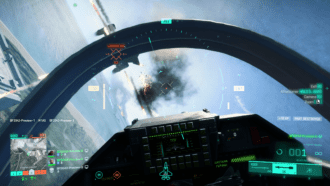 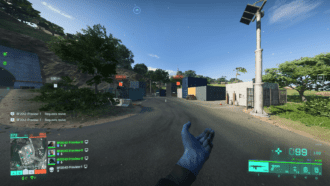 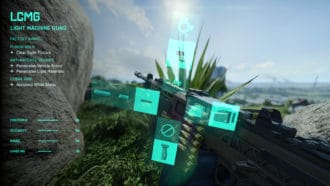 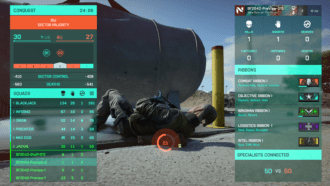 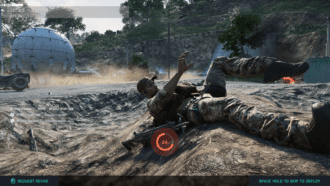 Like most games in the Battlefield series, the preview was buggy. Quite a bit, actually. Several crashes, pop-in textures, menus and UI not loading, invisible guns, rag-dolling bodies, and more. Admittedly, it’s an early build – so hopefully we can laugh and enjoy the jank while the developers refine the game for release.

During the event, the developers announced that the game’s Standard Edition includes “dual entitlement”. This means owners of the PlayStation 4 and Xbox One versions will be able to play on PlayStation 5 and Xbox Series X|S with cross-gen progression when they upgrade. Superb support as gamers move into the next generation.

Now it’s your turn to join the fight. The Battlefield 2042 Open Beta is available to play on PC (via Origin, EA app, Steam, and Epic) and console (PlayStation 4 and PlayStation 5, Xbox One and Xbox Series X|S). You can begin pre-loading the Open Beta right now. Early access is available 6–7 October 2021 for anyone who has pre-ordered or is an EA Play member. General access begins on 8 October.

While the delay of Battlefield 2042 was a slight shock, we’re looking forward to getting stuck into the full game when it releases 19 November 2021. Keep an eye on our website and socials for our coverage of the game leading up to launch.