Final Fantasy XIV: Endwalker is out of this world

From its humble beginnings as a failed MMO to one worthy of winning Best Ongoing Game at this year’s Game Awards, it’s safe to say that Final Fantasy XIV has gotten quite the glow-up over the years. Each of its expansions has been better received than the last, and what better way to close out 2021 than by sitting down to experience the long-awaited next expansion? Heavensward, Stormblood, and Shadowbringers continue the enormous saga started by A Realm Reborn, an epic adventure that is packed with action, plot twists, politics, and more character growth than is commonly seen in an MMO. Endwalker, the latest expansion, was presented as a climax to that saga, which means that it has a hell of a lot of threads to tie up. But it pulls it off, providing a meaty content pack along with it.

No spoilers for the story of Endwalker will be discussed in this article. However, some discussions and screenshots may contain story spoilers for previous expansions.

Historically, each expansion has brought its own self-contained story arc. However, weaved within each arc are bits and pieces of something larger; a bigger story lurking in the background with larger stakes than any current crisis. At the close of Shadowbringers, this mysterious threat is closer than ever, and the warrior of Light and the Scions of the Seventh Dawn must journey to all-new destinations to prevent the end of the world.

To say that Endwalker’s story is about ‘stopping the end of the world’ is not giving it the credit it deserves. While it’s true that end-of-the-world scenarios are done to death, especially in JRPGs, it actually feels justified in Endwalker. The apocalypse has been foreshadowed many times as early on as A Realm Reborn and has been a lingering threat ever since, so it doesn’t feel cheap. A lot of tension is generated by the fact that the characters have no real understanding of what is causing the apocalypse, let alone any ideas of how to stop it. A surprising amount of the story is dedicated to the possibility that they may fail to prevent the apocalypse, as sombre NPCs talk of escaping the planet as a last-ditch effort to survive. Given that the game is an MMO, which requires its story arcs to leave the world in more or less the same state it started with, it’s impossible to trick the player into thinking this will actually happen. But it is an entertaining concept that helps to sell the idea that the characters believe it.

Endwalker starts off incredibly strong, with the new threat rearing its head very quickly and without any filler quests that waste your time before it gets going. In fact, there is a pleasing lack of these annoying filler quests throughout the entire affair, leaving more time for non-stop plot development. So fast did things escalate that at halfway through, I felt as if I had already experienced enough content to justify the entire expansion.

Endwalker delivers a far more thought-provoking adventure than I ever expected. The villain of the adventure, who at first glance is interested in destruction for destruction’s sake like so many stereotypical villains, is revealed to have a much more nuanced and tragic worldview at his core.  The questions this poses go into existential territory: what gives life meaning? Is there a point in living when it will all inevitably end one day? And should the fates of others have bearing on how we live our lives? Endwalker provides its own answer to these questions, but it kept me thinking days after I rolled the credits.

“Endwalker delivers a far more thought-provoking adventure than I ever expected.”

Your warrior of light will traverse several new areas, including Garlemald, Sharlayan, and a brand new area called Thavnair. Thavnair is based on Indian culture, adding to an already diverse list of cultural inspirations. The town of Radz-At-Han and its surrounding areas is a thing of beauty. I only wish more of the story took place in this area: it has its moment in the spotlight, but then the fast-paced story moves on to less colourful areas. The one Duty that is found in this area is my favourite, and it owes that to the Indian and Hindu inspired environment, music, and character design. The few Indian-inspired gear sets that are available are also obtained in this area, and I similarly wish there were more.

Exposition has ever been present in Final Fantasy XIV, but so far Endwalker has successfully avoided being bogged down in it. But about three-quarters through the story, Endwalker begins to slow down to tell you a lot of backstory. It’s still leagues better than the number of filler quests that were in Stormblood, but it’s a marked slowdown from the expansion’s first half. Thankfully, it only lasts for a few levels, and then it’s onto the climax of the adventure, which brings an emotional resolution that draws everything we’ve been fighting for to a resolution. Several moments drew tears from me. 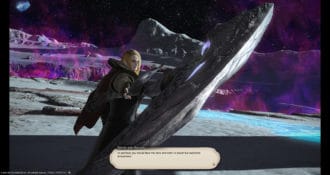 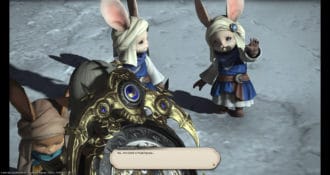 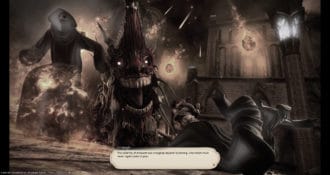 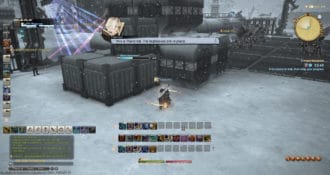 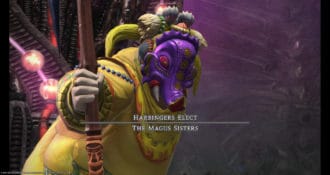 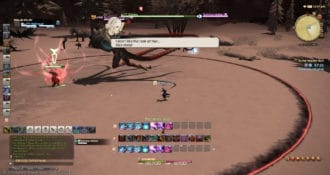 Endwalker brings two new class jobs to the game, both starting at level 70. They can be obtained immediately upon starting Endwalker. It’s curious that the new DPS job is melee rather than ranged, leaving ranged jobs with still only 3 options, as opposed to melee’s now 5. Each of the new jobs come with job quests up to level 80.

Reaper is a melee DPS job that uses gothic-looking scythes to slice up enemies in your path. Like Monk, this job’s focus is placed on hitting the enemy from behind or to the side. After dealing enough damage, you will have access to moves that bring out a showy reaper from your weapon that deals even more damage. This is the Zenos adopts right at the end of Shadowbringers, so Reaper might be the class for you if you want some added thematic value against your rivalry with the eccentric Garlean prince.

It’s easy to learn a rotation of skills that will keep you hacking and slashing at your enemies, but the main draw is definitely how badass the concept is. It’s undeniably cool to swing your enormous scythe around, and as a DPS class, nobody will scrutinise you too much while you’re still learning the ropes.

Sage is a healer class with a dual focus on healing as well as dealing damage, which has a passive healing effect on members of your party. Alphinaud takes up this class a short ways into the story, with the signature weapon we saw in the reveal trailers.

While I was content to learn as I went with Reaper, I had no such luxury with Sage. With White Mage being my only reference for other healing jobs, Sage is an incredibly steep learning curve that required hours of trial and error. The theory is quite easy to understand: by casting a certain status on a chosen party member, damage you do to enemies translates into passive healing for the party member. There are also several skills that allow you to heal the whole party or to absorb damage. But with many of the skills requiring some setup before they can be used, it is definitely one of the most complicated jobs out there. Although the aesthetic of the Sage is very cool (some of the gear sets and weapons look amazing), I will probably be sticking with White Mage.

In addition to the new jobs, every existing class job has been tweaked, some only subtly and some so much that it feels like a brand new class. The most changed seems to be Summoner and Monk jobs, with many actions replaced, changed, or outright removed. New actions have been added for all levels up to 90. Of the jobs I was able to get up to 90, all of the new actions were suitably impressive and breathed some new life into the jobs I’d become familiar with. I was however disappointed to see that there were no new job quests for each existing class. Similar to how Shadowbringers did it, we get role quests instead, a line of quests for each role (tank, melee/ranged DPS, or healer) that are related to the overarching story at hand rather than to each particular job’s storyline. These are all well and good, but with the last proper job storyline being 20 levels ago, it was past time for some new job adventures.

The story’s not over

Final Fantasy XIV: Endwalker delivered everything it promised, and in ways I didn’t expect. It’s the perfect close to the story that has been building since A Realm Reborn, and it’s also a pretty great close to an otherwise frustrating year. The developers have made it clear that this isn’t the end for Final Fantasy 14, and I am filled with enthusiasm for what will come next. Not only will it be a brand new adventure, but if it follows the trend set bu each content expansion before it, it will be the best one yet.