One of the most popular VR games on the market would have to be Blade & Sorcery. Frequently praised for its sandbox action and close-combat sword fights, this Early Access release has been a staple amongst the VR dedicated for quite some time. With the Quest line of VR devices becoming increasingly popular, it made sense for this VR title to make the switch and adapt into a native Meta Quest 2 product. That’s why in late 2021, developer Warpfrog released a paired-back version of their game called Blade & Sorcery Nomad for the Quest 2 and I’m very glad I’ve been able to play it.

It’s important to note upfront that Blade & Sorcery Nomad is not as feature-rich as the original Blade & Sorcery, which itself still sits in Early Access. It’s also important to note that development on both games is still happening, with Nomad still expecting a big campaign release that isn’t yet available. What is available is the game’s ‘Sandbox’ mode where you get a real feel for the weaponry and fighting that makes Blade & Sorcery so exciting, as well as a ‘Dungeons’ mode that introduces some semi-procedural, story-lite progression.

After booting up Nomad, you’re greeted with a character customisation screen. I still find it pretty wild to have your character avatar literally standing in front of you as you create them. After making some fairly basic choices (gender, hairstyle, skin colour), you’re able to set your character height and launch yourself into the game. 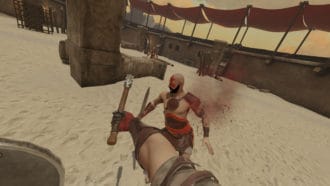 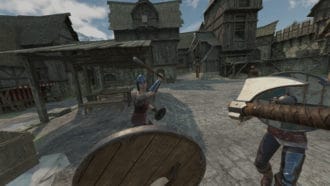 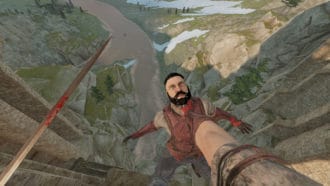 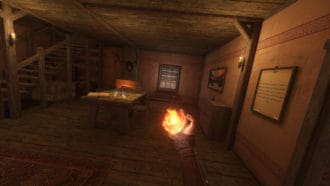 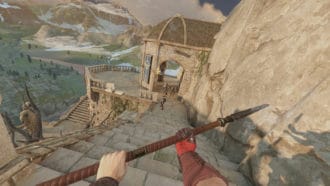 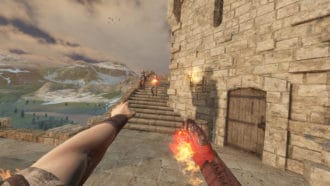 Sandbox mode is the most feature-rich gameplay mode in Nomad and it’s here where you’ll really get a feel for what this game has to offer. Opening into one of the various arenas, you can move about with either thumbstick controls or actual real-world movement. You can then pick up weapons and wield magic as you go toe-to-toe with NPC combatants that can range from super simple to scarily hostile. A book functions as your game menu as you summon in your weaponry and set what kind of combatants you’d like to face. An easy selection will see foes come towards you one by one, whereas a much harder option could see you fending off attacks from multiple directions at once. The depth of options here is great, and it’ll allow you to really tailor the experience to your skill level. It also functions as somewhat of a progression system, as you slowly make the Sandbox experience harder and harder for yourself as you begin to feel more and more comfortable with the game’s combat.

Speaking of combat, the actual moment to moment melee gameplay is just such a big win here. Blade & Sorcery has built its reputation on its combat system, and it was so good to witness that prowess first-hand. The game maps your movements in the real world to your character’s actions in-game, which means you really feel like you’re engaging in a medieval clashing of metal. At first it’s somewhat frightening as you’re reacting to what feels like actual actions of bladed aggression swinging towards your face. Blocking attacks and striking back with good timing and accuracy is what will lead you towards a blood-soaked victory.

It’s quite a powerful feeling, to engage in combat that’s so true to life. The mapping of the combat and the hitboxes feels largely good, which must have been a really big feat for developer WarpFrog. It’s not flawless, with some input lag and clipping making the experience slightly more cumbersome than what would be ideal. I often found myself making slower, more deliberate swings than I initially would have liked, just to make sure the game was keeping up with my frantic actions. It does make sense in some context, because swinging a heavy weapon would be more cumbersome than simply flailing around with a light controller strapped to your wrist. But still, there was definitely, at times, a disconnect between the actions I was taking in the real world and the representation of those actions in-game 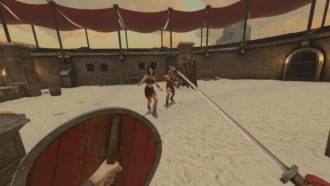 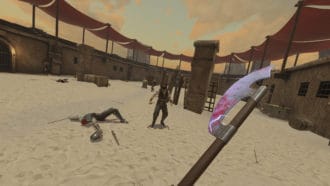 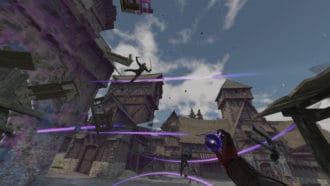 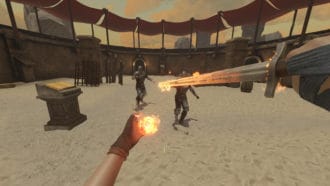 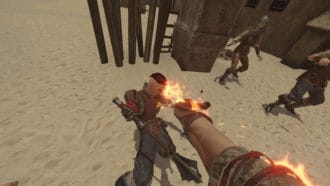 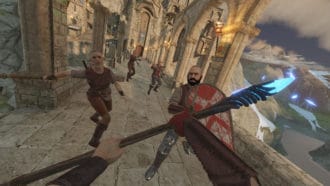 Any hang-ups I have with the game’s combat is largely nitpicky when compared to how good it feels overall. It’s also important to note that any imperfections are likely a limitation of the hardware and not necessarily a fault of development. With that said, however, I have to point to some of the areas where the game didn’t feel as good to interact with. Climbing, platforming, grabbing enemies and other interactions in that vein often felt imprecise and awkward. It’s a downside of the gameplay but thankfully something you don’t necessarily have to engage in. With that said though, I’m actually rather impressed that some of those interactions are even possible. The first time I saw a ladder and realised you could climb it by literally grabbing and pulling yourself up with your hands, it was kind of shocking. No, it didn’t feel particularly accurate or fun, but I was undeniably pleased with WarpFrog’s dedication to utilising real-body movements rather than taking what might be an obvious shortcut.

The variety of weapons, shields, spells, bows and more at your disposal is actually really cool. It felt empowering to thud an enemy over the head with your mace, to then lean down and pick up his sword, to then swing around and stab a foe rushing towards you from behind. Holstering weapons to your thigh and back is also such a fun touch, and it meant you could throw weapons at foes without being defenceless as you had other tools you could easily reach for. I can’t stress enough how good Blade & Sorcery Nomad’s gameplay felt when it was all flowing correctly. Be warned though, swinging your arms around wildly in the real world is a potential hazard, and it’s so easy to get lost in the moment within the game, so make sure you give yourself PLENTY of space! 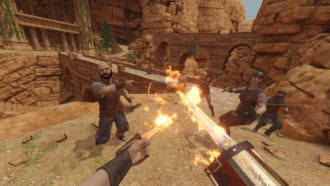 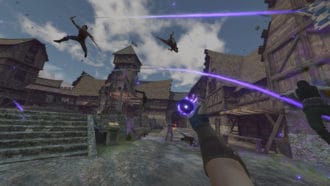 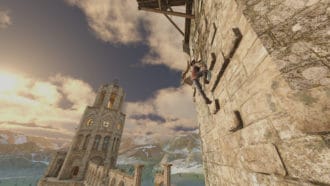 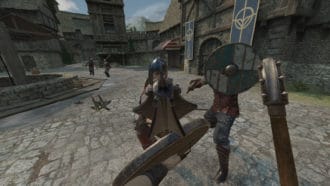 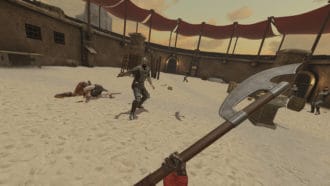 It’s clear Blade & Sorcery Nomad still has plenty of development that still needs to be done. The game’s Dungeons mode, which allows you to progress in a somewhat linear, campaign-style mission, is clearly still a work in progress. Having a more story-driven, expansive campaign would go a long way in keeping me enthralled in this game. As of right now, Blade & Sorcery Nomad still feels a bit like a demo of what’s still to come. It’s exciting, but know that what you’re purchasing isn’t yet the full intended experience. Still, I’m glad I’m on this journey with the devs and keen to see what comes next.

If you’d like to find out more about Blade & Sorcery Nomad, head to the official Quest webpage.