Saints Row is quickly becoming one of the most anticipated games of 2022, with a much-needed reboot resetting the story of the Saints with a thrilling new open world to explore and lots of zany activities that are set to bring the action and the laughs more than ever before. We already had a chance to check out the customisation specifically last month in our preview, but we’ve now had an extended look at the gameplay we can expect in Saints Row, along with the opportunity to chat with three key developers from Volition; Jeremy Bernstein (Lead Writer, Mission), Danielle Benthien (Associate UI Artist) and Damien Allen (Principal Designer).

What is immediately clear about Saints Row is that the team has really thought about the evolution of the series, and while in some ways it goes “back to basics” with its cast of new characters, it’s still willing to be over-the-top ridiculous and mix in some abilities and styles that are beyond the realm of realism. Finding that balance is important; “The story we told with the original Saints was a great story, but that has concluded ultimately.” said Danielle. “We wanted to make sure that we did this reboot right, making something that touches on the things people like, the grounded realism, but it keeps the fun elements, the wackiness and jumping the shark. It’s a happy little balance of all of the things Saints Row has become over the years.”

“I mean, where do you go after the world is destroyed?” adds Jeremy. “I always like to think of the James Bond movies who have the tendency to get bigger and bigger and out of control. But then you have to go back to basics, find your footing, find something grounded and meaningful. The story is… how do you find your footing in life, today with the world how it is? It’s very relatable.”

In the early game, The Saints don’t exist yet, with four roommates from different factions struggling to make ends meet. They try to survive the only way they know how – crime. This is where our gameplay preview kicked off, and establishes the story of these main characters early (although your character can be… well… whoever you want to be). The early mission we saw shows the friends robbing a local store, and then driving home with the money in the car without being caught. An enemy faction (Los Panteros) gets involved when messing with your getaway car, showing off the third person shooting action, and side-swiping was shown as part of “vehicle combat”, allowing you to duke into enemies and run them off the road. This looked especially useful when evading the cops that begun chasing, which gave me flashbacks to Burnout: Takedown when side-swiping a vehicle and watching it explode on the sidelines, which seems to be just as satisfying.

While the main storyline of Saints Row ticks along, Side Hustles are repeatable activities on your map; for example, “Riding Shotgun” has you in the passenger seat and defending a getaway driver during a hot pursuit from the police. Beyond just shooting out the window, you can climb onto the roof and lay down on top of it, shooting all the way. While car surfing, you have more weapons and the ability to move around more, but you’re more vulnerable, so you can heal by getting back into the passenger seat. It looks like these Volition have gone the extra mile in making these side activities more unique.

“Something I’m really proud about especially is that nothing in customisation is gender locked.”

“I’ve really fallen in love with the criminal ventures.” Damien chimes in excitedly. “Being able to build your own criminal venture, place it where you want in your city so even your city is unique, and each one of those unlocks new types of gameplay, with a wide variety of abilities built around those ideas. So you really have a breadth of content, and it’s like… not only do I get this cool new building and new person to talk to, but I get more gameplay and more rewards, and it just keeps building and building in a fun way.

Back at your HQ (which is also customisable, of course, and a great place to chat with your crew for some additional character moments), the War Table is a map of the city that allows you to tackle these criminal ventures; with 14 vacant lots across town. For example, when you open Shady Oaks medical clinic as a front, that gives you access to the insurance fraud mini-game where you have to blow up as much stuff as possible to get cash. This isn’t the only opportunity for distraction in Saints Row; “Discovery” is a quick chance to make some money in the early game out on the street, like spotting an armoured vehicle and quickly blowing it up to get the money inside, and the world is full of spending options, like clothing stores to add items to your wardrobe (with newly themed stores and returning favourites). 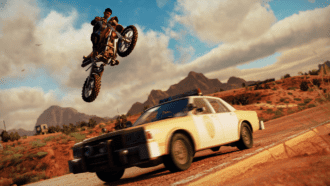 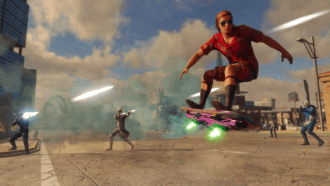 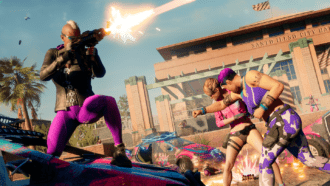 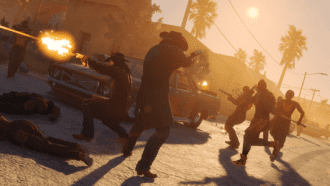 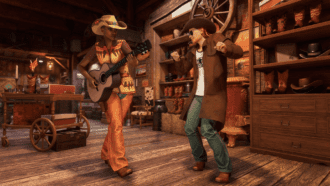 Co-op came off as fairly seamless, and it looks like it’s going to be a lot of fun exploring the world of Santo Ileso with a buddy by your side. We saw the aforementioned Mayhem mission where you blow stuff up, just one example of the chaos you can cause with double the firepower. Not that you won’t be well-equipped on your own, with wacky Skills like a Street Fighter-style flaming punch or the ability to bounce from pedestrian to pedestrian as if they’re trampolines, wing-suit flying the rest of the way. Gravity seems quite different in Santo Ileso. Perks include minor passive abilities, like fire resistance, or one that causes enemies to get tazed when they hit you. There’s even some technology that allows you to shoot through walls, so the sky seems to be the limit, which is very on-brand for Saints Row in general.

To touch on customisation again, your character can genuinely be whatever you want, with a way to change the type, texture, gloss, scars, muscle definition, colouring every hair on your head, additional face customisation and more. There’s a “Style” app on your phone which allows you to change your style, character, everything, at any time you wish, without the need to go to a specific location like a hairdresser or wardrobe. Customisation extends to vehicles also, where you can increase and adapt elements with upgrade kits, like boost, ejector seats, or even adding a wrecking ball to the back of your car. Even guns can be changed, and their looks can be changed, like packing an RPG into a guitar case, or shooting piñatas with confetti. What we saw was quite wild and frenetic, but the possibilities really do seem endless, and it could be one of the most feature-packed customisation suites we’ve seen in a long time.

When talking customisation, Danielle mentioned that it’s always been a part of Saints Row, but even more so now with the tagline being about “Self Made”. “It’s so important to be able to make sure that anyone can be their own boss, it doesn’t have to be the same expectation that a lot of games fall back to.” she continues. “Something I’m really proud about especially is that nothing in customisation is gender locked. We’ve always done where nothing has been tied to gender, but we’ve ramped that up and wanted to make this as “free” for the player as possible, and that comes down to… this is your empire, so you should have a say in who you should be.” 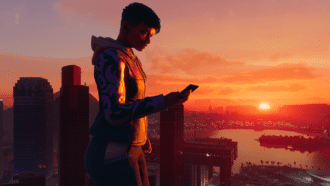 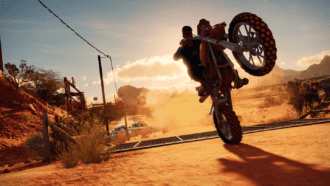 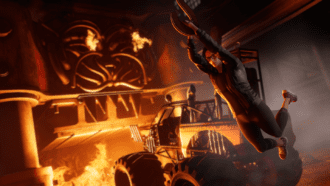 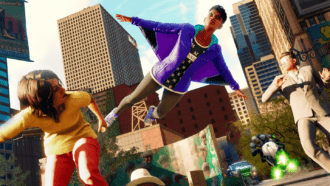 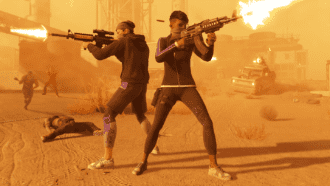 It’s hard not to be excited about the prospect of Saints Row overall, as it fills a large action-packed co-op shaped hole at the end of the year. Grounded in reality but with a lot of wild abilities, a solid sense of humour and packed full of activities to complete; when asked what else the team at Volition are excited for you to get your hands on, the team finds it difficult to pick just one thing, but ultimately, they’re keen to see how you play it.

“I’m looking forward to screenshots and video captures, seeing who people make themselves as, and how they do it.” concludes Jeremy. “Anytime you’re watching someone else play the game, it’s like, “I’ve played this mission 100 times and it’s never looked like this”. So that’s just among ourselves, once this gets out into the world and out into the open, I can’t wait to see what kind of bosses people come back with.”

We won’t have very long to wait to try it out for ourselves; Saints Row will be released on August 23 for PS4, PS5, Xbox One, Xbox Series X|S and PC.