Dolmen is a game developed by Massive Work Studio that situates players in the terrifying alien world of Revion Prime. Careful movement, thinking, and strategic combat will be required to make it through the waves of unearthly arachnids, martian soldiers, and other formidable threats. The game will see you managing your stamina and health as you familiarise yourself with your own and the enemy’s attack patterns. In this sense, you wouldn’t be far off if you were to liken it to a Soulslike experience. Speaking with CTO/Lead Programmer Gabriel Neves Ferriera and Producer/Writer Kiev Martins, this is exactly what Dolmen and its development have been building to for quite some time.

“This is a new game for the community. We are trying to do some new things in the Soulslike genre,” says Kiev. This much is clear early on in my chat, having them speak confidently of their knowledge, research, and expertise in that genre. This research goes back as far as 2017, and Kiev elaborates as such: “Five years ago we did our research in the marketing and we saw the Soulslike game will have an explosion.” The pair also note, however, that as they were developing Dolmen, this market and its need for games in that From Software vein were flooding and booming. It became clear that distinguishing themselves from the crowd was important.

“We wanted to go to that different setting and also go crazy on all sorts of different things,” Gabriel adds. “What Dolmen really distinguishes with itself is the mix between ranged and melee combat.“

I noticed the crazy scale of this game as early as December of last year in my hands-on preview. Dolmen paints an awe-inspiring cosmic horror world, with blends of sci-fi technology and dark, broody, and bloody environments. Gunplay and mastering elemental abilities and effects are important in making it out alive, along with the expected means of swinging your weight around with melee attacks. We’ve had slices of all those across different games over the years, such as the brutal technology in The Surge or emphasis on guns like in Remnant: From The Ashes, but never all in one package like this. Not until Dolmen.

Another focal point of my interview with both Gabriel and Kiev was the combat and survival mechanics on offer in Dolmen. An energy gauge is but one big function, meaning players can use up a battery in their suit and use the charge from this to every so often perform a flurry of attacks that don’t chew up their stamina. Gabriel speaks about some other important uses for this energy gauge. “Whenever you shoot it uses this energy. It replenishes over time but is also used for healing. But when healing it doesn’t recover.” This translates in-game to a new type of strategy for Soulslike games. Important attacks and healing are both used from one gauge and mechanic, rather than an item each.

“…We wanted to go to that different setting and also go crazy on all sorts of different things.”

Hearing all of this on paper makes for the promise of an enticing experience. That’s a lot of balancing acts and strategies to cover ground with. Like many games Dolmen is taking ilk from, it’s all about using these mechanics to your favour and making life easier for yourself. “You can do this the easy way or the hard way,” says Kiev. “You can try to fight an enemy with a fire property, using fire. You can do it. But it’ll be harder than fighting using ice.” This is what’s known as a ‘scissors, paper, rock’ mechanic, where enemies are resistant to some types of elements but weak to others. It’s but one of the many ways to master your adventure.

Of course, like clockwork, discussion about difficulty and approachability in games always rears its head when Soulslike games release. I asked the pair about that very elephant in the room. “We wanted to not go away too much from what the Soulslike is,” stated Ferriera. “But it is accessible for different kinds of players. You can have players that are more into the melee combat, those more strategic… you can be more ranged focused.” Based on the time I’ve experienced with the game and this discussion, this tooling around looks to be utilised well and is equally inviting. Those wanting to be more cautious can carefully comb through those halls, picking off shots at the many foes on your way. Meanwhile, those that love being in the thick of things can boost up their stats so much that they can become a supersoldier wrecking ball, throwing their weight (and cybernetic sword) around. 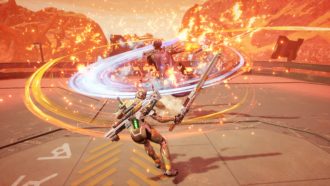 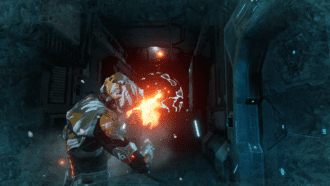 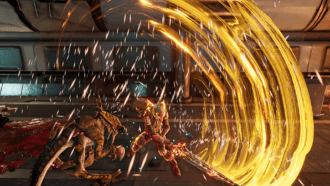 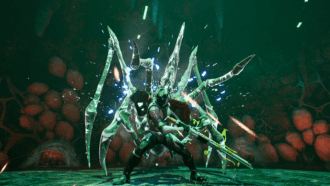 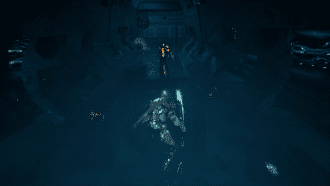 One last important factor in giving the players options that both Kiev and Gabriel were eager to talk about was the use of the titular Dolmen crystals. These items serve two functions. They can be used to summon other players in-game, but also respawn bosses for farming. That farming is to obtain that ever-important currency used to level up your stats, but also alien parts to later use to build into armour or weapons. This is described by Gabriel as “not common” in most Soulslikes. No ‘New Game +’ experience is required, just enough Dolmen crystals. While dropped seemingly at random by foes, they’re not nearly as hard to come by compared to summon items in other games like Insight in Bloodborne.

What I can surmise from this interview and my limited time with the game is that Massive Work Studio wants you to be able to experience Dolmen wholly. There looks to be enough on offer that if you ever find yourself hitting a wall, you have other means of progressing and seeing the game through. Dolmen is a promising game thus far that is made by people who seem to know the genre and care deeply about it. Let’s hope when it releases it delivers the goods.

Dolmen is available May 20th on PC, PlayStation 4 & 5, Xbox One and Xbox Series X|S. If you want the full audio recording of the interview you can find it here or wherever else you get your podcast goodness.