“The end is never the end,” is one of the big takeaway lines from 2013’s The Stanley Parable, highlighting just how rich of choice the beloved indie game is. Little did we know that simple phrase would ring true all these years later with the recent release of The Stanley Parable: Ultra Deluxe. Filled with the same content you know and love, self-references and a reinvention of itself, this new issue is something else entirely. The end is not the end… again.

Players control the voiceless everyday hero Stanley. Standing away from his desk at his mundane office day job, your hero decides to explore, wandering around the many bizarre intricacies their place of work contains. Backing their every move is a narrator, telling players ahead of time each of Stanley’s next moves. It’s here that the game all those years ago, and now, got interesting. At many an opportunity, one can disregard instructions and instead divulge down another path, quickly careening to one of the many curious and kooky endings on offer. Throughout your adventure, hilarious backing from the Narrator either being frustrated or flabbergasted at your inability to follow such instructions ensues. This is the weird and charming foundation of The Stanley Parable, remaining all the more present in Ultra Deluxe, and then some.

The Stanley Parable: Ultra Deluxe thankfully does a wonderful job in justifying its existence. It’s more than just a remaster. Fans familiar with the metafiction, exploration, and endings on offer in the original will easily be able to jump in and see just that. Players experiencing The Stanley Parable for the very first time will do well in first familiarising themselves with this content. As for the new content, it’s gated off in the most simple and clearly signposted means possible. Players will walk down the halls of the office. They will see an ajar door labelled ‘New Content.’ Step in here and presto, you’ll be streamlined on the whirlwind of new content and endings on offer. This is effective in showing new players to not cross this threshold until they’re ready, but also serves as a big red arrow for those wanting to mainline, practically screaming “Go here!”

As for what the Ultra Deluxe offers in terms of its new content, I almost don’t want to say. Like its original, much of the joy that comes from the game is the many surprises and weird scenarios you’ll find yourself in along the way. However, what should be known about The Stanley Parable: Ultra Deluxe is that it is a game more self-aware and self-referential than ever. The start of the new content journey will see Stanley explore more back channels of the seemingly endless office, our Narrator complaining about weak, lazy repackaging of previously released games. Similarly, he’ll talk with bated breath about the anxieties he’s had about Stanley and his return (something I don’t doubt was a very real concern in developer Crows Crows Crows’ eyes).

That only scratches the surface. Ultra Deluxe is entirely indulgent and in on its own jokes.  This includes a self-reflection on The Stanley Parable and the legacy it’s held over the years. Players will find glee in idly wandering through a museum, featuring displays of the awards the game has received, framed praise reviews from games journalism sites and more. Following shortly after is a dark delve through a rain-drenched junkyard, where players can in-game read some of the most scathing user Steam reviews. I can’t emphasise its self-awareness enough. It’s constantly tripping over itself trying to show you cool ideas and things, cleverly performing a simultaneous job justifying and diminishing its very existence.

Another element I kept finding shining through is that throughout all my exploration and drifting towards each end, I couldn’t help but feel like I’d been here before. I mean that only in the most positive of ways. Proceed enough and you’ll see alternate versions of paths and endings you’ve once explored. Maybe you’ll wade through halls that feel looping for some time before the Narrator finally comments on it. Enter the Broom Closet on your own and you’ll get one scene with the narrator playing out. Set foot in it while holding a new (entirely useless but goofy) bucket, you’ll get wells of new lines and funny platitudes. 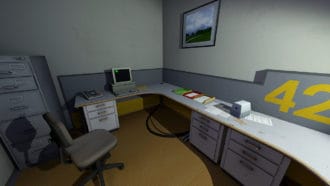 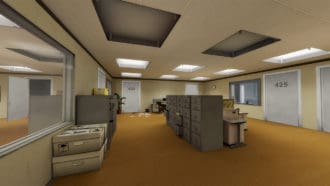 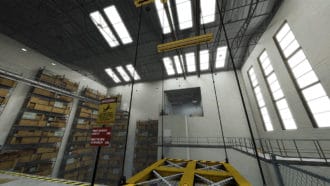 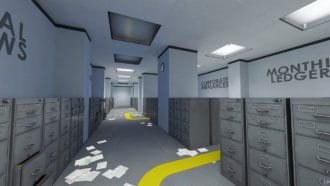 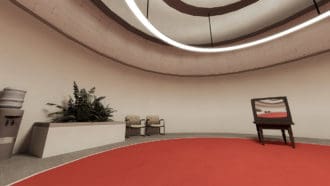 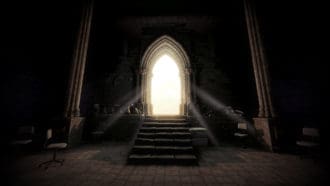 The Stanley Parable came out at a perfect time for me back in 2013. I was in the midst and height of my love and adoration for all things Valve and games made in the Source Engine. Taking some time away from my undoubtedly countless hours in Team Fortress 2 at the time, I was met with a feeling of home wandering around the halls of Stanley’s office. Being developed in the same engine… that familiarity is absolutely there. There is just something innately satisfying and curious about wandering around empty environments or liminal spaces crafted in that video game engine. An ajar door down the end of a hallway… a light flickering off in a corner, those visuals are still vibrant and near burnt into my retinas.

While Ultra Deluxe was actually remade in Unity this time around rather than returning to Source, this sense of wondrous familiarity and curiosity still rings through. Those halls I waltz down as Stanley are still very much the same halls, just now built up in an even more captivating fidelity.

The Stanley Parable: Ultra Deluxe is exceptional. It’s entirely self-congratulatory and aware of itself, but I can’t think of a title more deserving to blow smoke up its own rear. Nine years ago, the original captivated the indie modding scene so well, delivering a clever game with systems that react to you in just about every possible way. Now, the Ultra Deluxe is all that and more. More of a remake than a remaster, it celebrates its legacy in the most triumphantly tongue-in-cheek way.

The Stanley Parable: Ultra Deluxe is available now on PC, PlayStation 4 & 5, Xbox One, Xbox Series X|S and Nintendo Switch. I highly recommend checking out this weird, beautiful piece of media.