Green Hell started as a relatively popular PC survival game that was released in late 2019. Throwing you into the Amazonian jungle, Green Hell had a focus on narrative in addition to typical survival metrics that helped distinguish it from many other similar games in similar settings. The Amazon is a brutal landscape full of hostilities and obstacles to overcome, from basic hunger and thirst to harmful flora and fauna. A dialogue-heavy experience, Green Hell was happy to distract the player in many ways and give them something to work towards whilst they got a feel for their surroundings and strived to improve incrementally through crafting and acquired knowledge.

Not satisfied with just a PC version, Green Hell VR is the Meta Quest 2 adaptation that takes the ethos of the original game and repurposes it for a new format. Despite a few rough edges and some corners cut to suit the VR platform, Green Hell VR still provides everything the original was praised for, with a newly immersive perspective. Likely one of the biggest VR survival projects, the game has a lot to prove and the potential to really satisfy.

Releasing in April of 2022, Green Hell VR has players take on the role of Jake, an Amazon researcher who alongside their wife Mia head into the treacherous rainforest to regain contact with a native tribe. An incident causes the two to split, which leads Jake to seek out his wife as his pursuit takes him into deeper and more hostile territory.

A somewhat traditional survival affair, a big part of Green Hell VR’s gameplay loop will involve learning about your surroundings. A journal updates as you discover more about your landscape with vital bits of information stored within its pages. Learning to live off the land means acquiring food and using the plant life’s medicinal values to your advantage. Wildlife can be both hostile or passive as you encounter spiders, tropical birds, capybaras, and much more. Craft better tools and defend against threats as you uncover more secrets within the game’s narrative twists and turns.

“Craft better tools and defend against threats as you uncover more secrets within the game’s narrative twists and turns.”

Green Hell VR can immerse you right into its world with its stronger aspects and mechanics. Grabbing your two-way radio to communicate feels authentic and helps the game maintain connectivity even when you’re stranded amongst the lush greenery of the Amazon. The physicality involved in grabbing the device, holding it to your face and interacting with it adds a level of viscerality not found in traditionally controlled games, like Firewatch, for instance.

Physically swinging a machete to cut down shrubbery and moving your head to take in your surroundings is brilliant, yet the game is still held back by some of its more weakly implemented systems. Ducking in the game would allow you to get under a branch, yet it didn’t look as though you were getting any closer to the ground. Some parts of the environment allowed you to interact with them, whilst others didn’t. These inconsistencies took you out of the experience and could even lead to disorientation when the world didn’t behave like you’d expect it to. Crafting often involved holding two items together until they snapped into place, but I found this specific interaction to lack both accuracy and oomph. There are opportunities all around for Green Hell VR to improve the feel of its systems, though, in the grand scheme of things, the game is still quite an impressive and immersive creation.

Going for a realism approach, there’s not too much to say about Green Hell VR’s stylistic choices other than being perfectly serviceable. There are certainly some limitations to the Meta Quest 2 hardware that you can see within the game, but for the experience the game was trying to build, it did a perfectly adequate job. The added horror elements come somewhat naturally due to the immersive nature of the game and the threats found within. Though, like The Forest before it, that horror runs a little deeper as humans and the unknown begin to play a role. I love this stylistic choice, as it differentiates the game from a traditional survival experience, making it feel more human with higher stakes.

The range of animals in the game was also really good to see. It’s not that often you get to come so close to an exotic animal in the wild, so the rush that’s felt when a Tapir runs by your or when a Jaguar pounces is absolutely palpable. There’s value to just existing within Green Hell VR, exploring and taking in the surroundings. I love the world that is built here because it feels so unlike the one we live in now yet still grounded in reality. 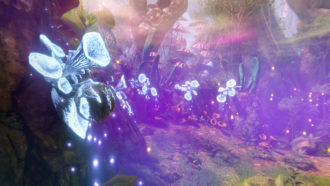 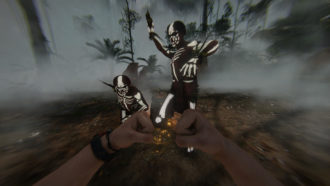 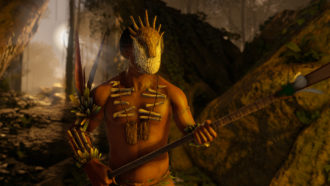 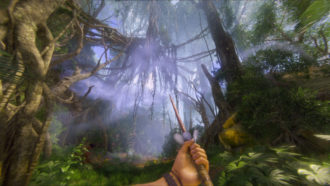 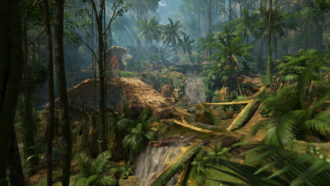 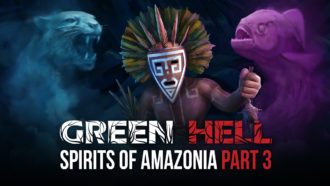 Successfully adapting to a VR format is no easy feat, and for that, the development team at Incuvo S.A. get a lot of credit. Green Hell VR feels large in scope and intimidating, perfect for the kind of VR enthusiast looking for a new and expansive experience to get absorbed into. The game absolutely has its limitations and rough edges, but VR players are likely already ready to forgive them. With a focus on survival, exploration, as well as narrative, there’s a lot players can get out of Green Hell VR if they’re willing to take on the challenge.