Revealed as part of the Xbox & Bethesda Games Showcase in June, Pentiment is a passion project made by a small, highly skilled team of 13 developers from Obsidian Entertainment. While the game is a narrative adventure, it has RPG elements that are aiming to make it feel like an Obsidian game, which is good news for those who love the developers previous work on games like The Outer Worlds, Fallout: New Vegas and Pillars of Eternity.

Pentiment is an interesting concept, with a unique take in its art design and vibe, set in 16th century Bavaria. By definition, Pentiment is “the presence or emergence of earlier images, forms, or strokes that have been changed or painted over”. Considering the choice-based narrative that will lead you down all sorts of twisting and winding roads, the title certainly starts to make more sense. We had the chance to see how Pentiment is tracking and chat with two of its lead developers, Hannah Kennedy, Art Director and Josh Sawyer, Game Director at Obsidian Entertainment.

The Gamescom demo opens in 1518, as a visiting nobleman is murdered in the abbey’s chapterhouse. Your friend was found next to the victim with a bloody knife in his hand, and he is accused of the crime. It’s up to you to prove his innocence. Initially, you’ll select specific character traits for your protagonists, including their educational background, places they’ve travelled to, hobbies they take part in and more. There will be reactivity to the choices you make throughout Pentiment, so even these beginning stages will create a ripple effect for the conversations to come.

When taking part in conversations with other characters, you can choose from a range of options that suit the scenario, including choosing to lie if you think it will help your cause. The core narrative will see you forming relationships with characters in two tightknit communities, and there is said to be a lot of backstabbing and drama that takes place, so you’ll have plenty of opinions and ideas to digest when trying to solve the mysteries presented to you.

“It’s hard not to be captivated by the visual style; they’ve done a truly excellent job, and it matches the tone and the storytelling perfectly.”

The team aimed to make a game that was approachable to hardcore gamers or people that don’t game at all, by using a subject and art style that was enjoyable for gamers at all levels. Indeed, the visual style is striking and stands out amongst video games that normally veer either into ultra-realistic attempts or into a more cartoon-like style. It looks like a renaissance painting – or, a bunch of paintings – come to life and given motion. Even the text itself that fills boxes as you chat with characters is quite stylised, as if being scribbled and imprinted on the pages in front of you. It’s hard not to be captivated by the visual style; they’ve done a truly excellent job, and it matches the tone and the storytelling perfectly.

In terms of making sure Pentiment remains approachable for all, controls are minimal and forgiving as you wander your way through the world in front of you. There are minigames, but they “are designed for vibes and immersion, not challenge.” They’re there for the sake of furthering the story, without any sort of fail state. An example shown was hanging pictures on a wall for an old lady who was unable to reach. During this section, you’re given a choice to do as she asks when she wants a cross removed, or to deny her request and persuade her otherwise. 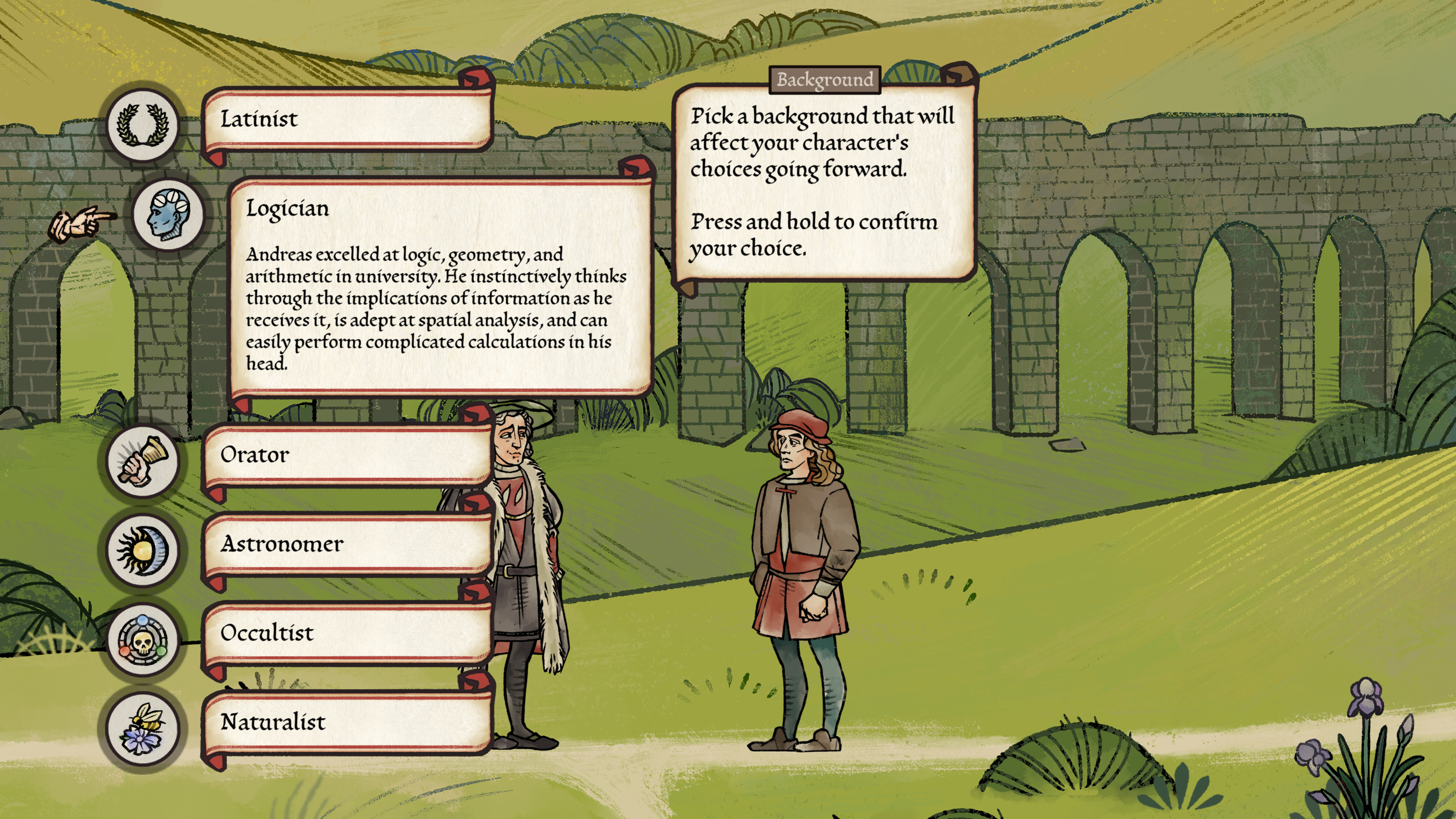 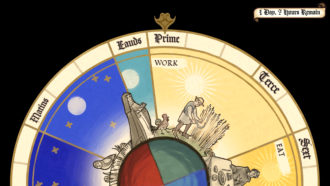 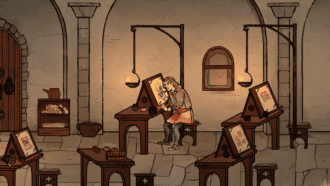 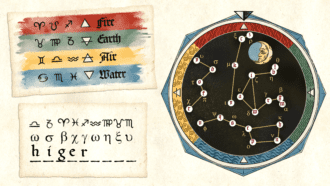 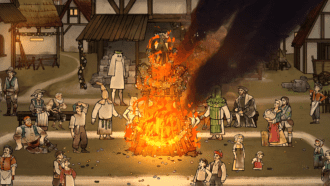 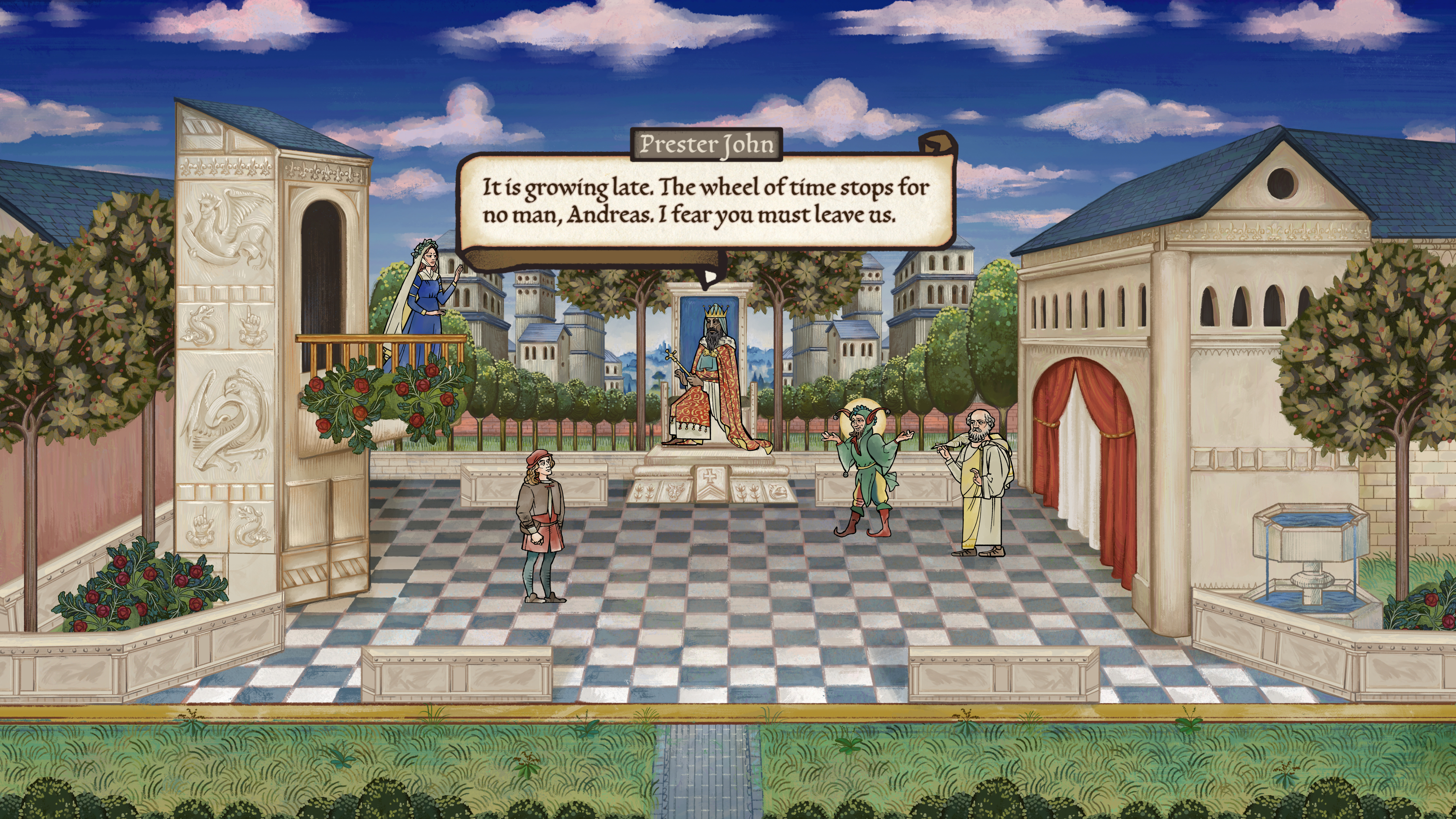 Pentiment does use a lot of terminology and words that will be unfamiliar to most. Rather than expecting you to keep up or directing you to a boring menu, the glossary is incorporated in an incredibly elegant way. The game becomes a still screenshot, and it pans out to reveal a book filled with illustrations and explanations that are represented at this exact point in the game. I think it might be the best way I’ve seen a glossary of information shown in a video game before, and again, it suits the style well and keeps things from being confusing or packing the screen with too much info at once. Considering the game has been crafted with the assist of History and PhD consultants, it’s helpful to say the least.

Accessibility was a key point of the discussion; in fact, right from the start, you can choose to use the stylised fonts or choose easy to read fonts instead, ensuring there is legibility and readability. The glossary itself is in place for those who don’t know much about history so you can reference terms, and the glossary also has characters so you can remember who they are. Apparently we can expect to meet a lot of different characters throughout the game, so this also sounds pretty helpful, and a feature that probably would have helped when trying to understand other media like Game of Thrones.

Proudly, Obsidian boasted a branching narrative, with multiple endings, many suspects for each murder and a strange justice system, with lots of ambiguity. “You have to pin the murder on somebody, and it’s never going to be clear. You have to use your best judgment, or just pick the person you want to see go! The punishment for murder in this time period was pretty severe. We want consequences to play out for the duration of the game, and we’re trying to weave the choice and interactivity into a really strong storyline.” adds Sawyer. I like this approach, as it means there isn’t a “win” or a “lose” when trying to figure out what’s happened – the decisions you make will have a genuine impact.

While we only got a taste of Pentiment, there’s no doubt that a lot of love and care has been put into its development. While sprawling, complex RPG adventures have been at the core of what they do for so long, Obsidian Entertainment are flexing with their storytelling prowess, creating one of the most unique styles we’ve seen in a long time, with a narrative that truly feels like it could go in any direction, and player choice at the forefront.

This might only be a passion project from a small team at Obsidian, but it could end up being the most special thing they’ve created so far.

Pentiment is set for release on November 15 2022 for Xbox One, Xbox Series X and PC. It will be available Day One on Xbox Game Pass.