The DioField Chronicle is an upcoming tactical RPG from Square Enix, going all in on the nerdy factor. A deep fantasy story is teased and involves combat mechanics that will test the player. All of those buzzwords presented to me on a silver platter are tantalising, yet I’m already feeling unfulfilled. Coming out of an early hands-on preview of the game’s soon-to-be-released demo, I’m unfortunately dissatisfied, and not all that interested in seeing any more.

The adventure follows a ragtag group of mercenaries known as Blue Fox who find themselves amidst deep conflict in a medieval fantasy setting. Originally made up of a trio, with lead characters Andrias, Fredret and Izelair, they take refuge in a royal hold where they meet new party members and passive allies alike.

Pretty stock standard affair alone, though where The DioField Chronicle has already lost me is its stakes. The demo drops you at the start of action in Chapter One, but it felt more like it was chapter 10. Without first giving me a reason to care about any of it, the game threw so many nonsensical fantasy proper nouns, characters, place names and crucial items at me that I got an exposition headache. Character exchanges and exposition is provided over flashy pans of the world’s map in-between missions, varying between dragging on too long or being so brief I was left wondering the purpose of their very inclusion.

To put this in comparison, Triangle Strategy is another sprawling fantasy adventure by Square Enix that launched this year. Serving as one of my current favourite games of the year, that excelled at introducing characters that were distinguished, each with engaging motivations and an important place in the world, evident even early on. The DioField Chronicle just doesn’t have that going for it yet.

To its credit, the game seems it will try to remedy some of this. Before long in your hub, you unlock the library, where you can read text recaps of the plot so far and character logs. These are similarly difficult to digest, largely just being great walls of text. However, at least the development team tried in this regard, rather than just leaving players to pick up the pieces.

Diverting from the current trend, The DioField Chronicle is a real-time strategy game rather than turn-based. Players must deploy a party of four within each given mission, carefully navigating and monitoring all aspects of a battlefield, deploying attacks and abilities to come out on top. Four types of combatant classes can be utilised, each coming with its own advantage. These include a swordsman Soldier, archer Sharpshooter, Magicker and a horse-riding lancer known as a Cavalier.

Abilities range from area of effect attacks to honing in your focus on one specific enemy. An interrupting stun shot from a Sharpshooter, for example, became my saving grace a few times, cancelling a foe’s devastating attack. This, along with Fredret’s horseback lancer charge that can push groups of enemies away, provided plenty of breathing room.

Mixing and tinkering away at these abilities became a formidable tool under my belt. If all else fails, players can over time fill up a gauge, resulting in the summoning of the dragon Bahamut.  In true Final Fantasy fashion, this specific summon will do some tidy work on the battlefield, erupting a powerful fire breath attack covering a large space.

“…The DioField Chronicle looks the part when it gets into the nitty gritty of levelling, boosting your party and watching those meters go up.”

I have at least a little faith that the mission structure will get a little more involved. So far the majority of the missions have boiled down to just traversing the breadth of an environment, with the mission not ending until you clear every foe. Other instances however have included escorting a crucial cart across a battlefield, taking tactful side paths to route the enemy or capturing towers in your gradual dominance of an area.

While not necessarily showing the gorgeous, minute details of an environment, The DioField Chronicle already does well in providing a table-top battle setting look. Environments such as battles on open snowy fields or within castle walls will look like dioramas, with your cast moving about periodically like little chess pieces.

These battle environments will do well to somewhat distract you from the balancing already required. This demo experience only offers about two hours of play, depending on your efficiency. However, in that time some tough battles that feel a little too weighted in the enemy’s favour are present. The enemy’s damage output feels significantly higher than yours, no matter the difficulty. Even after bumping the game down to casual, I found I had to go back and replay a level or two and grind for more gear. Something to be expected in the late game of RPGs for sure, but not in its opening act. That’s not how you grab a player. 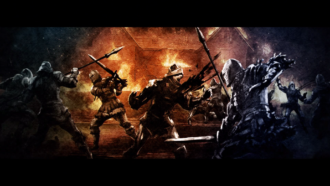 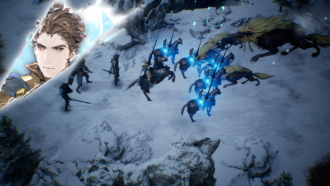 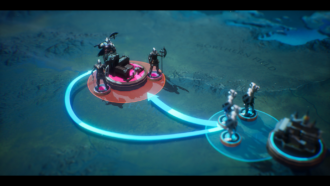 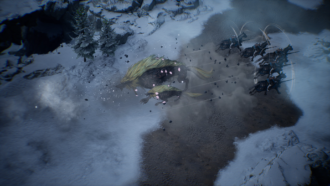 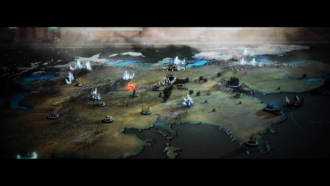 The good news is The DioField Chronicle looks the part when it gets into the nitty gritty of levelling, boosting your party and watching those meters go up. Not only will players have to level up the party so that they are better suited to the required mission level, but they will also have to boost the efficiency of the shopfront and crafting spaces in the hub. Similarly, there’s room for character growth in both passive stat boosts and learning of new abilities. I didn’t get to see much of this in my limited time but as I read ahead in the relevant trees, plenty of development looks present further down the line.

The DioField Chronicle doesn’t necessarily look to be a bad game just yet, though my time with the game hasn’t shown me anything that new or of interest. With only a little over a month until its release, it seems unlikely my biggest sticking points are going to be revised.

That being said, the game will likely still find its audience for those looking for an RPG experience to sink their teeth into. Players can get their taste of just that when the demo releases on August 10. Otherwise, The DioField Chronicle releases on September 22 for Nintendo Switch, PlayStation 4 & 5, Xbox One, Xbox Series X|S and PC.