When it comes to charm, colour, and vibrancy, Rainbow Island lives up to its name. The world in Slime Rancher 2 is a pastel dreamscape, and the slimes that come with it – little colourful differently shaped blobs – complement the environment beautifully. Just like in the original Slime Rancher, your job is to start up a successful slime ranch from scratch, this time in an old, abandoned conservatory. Throughout a playthrough, you can slowly restore different areas of the slime ranch, each time making it more beautiful and vibrant in the process.

If you’ve never played Slime Rancher before, you’re probably wondering: what are slimes exactly, and what are slime ranches? Much like farm animals in nature, slimes are colourful creatures that can be herded and fed. They come in different colours and sizes, and mostly bounce around Rainbow Island merrily, making very cute noises in the process. Depending on the slime in question, they each have different needs, diets, and temperaments. While some slimes are omnivores, others solely rely on plant-based foods like carrots or berries, and where some slimes may be very docile and cute, others are hostile and can even attack you.

“Simply following your feet in Slime Rancher 2’s colourful realm is a delight in itself.”

To facilitate your slime experiments, you’ll have the option of setting up dedicated enclosures for your slimes and feeding them different kinds of food. This is where farming slimes becomes interesting, since feeding slimes makes them produce ‘plorts’ which you can trade in for Newbucks, the game world’s currency. In turn, Newbucks buy plots to grow food or keep slimes, unlock new areas for your ranch featuring beautiful underground caves and grassy meadows, and upgrade your existing tools.

In this sense, a playthrough of Slime Rancher 2 mainly consists of either managing your slime ranch – collecting plorts, managing slimes, or upgrading tools, for example – or exploring the terrain surrounding the conservatory to collect new slimes. To manage life both on and off the ranch, you’ll mostly be relying on your health bar, your stamina bar, and your ‘vacpack’, a tool that allows you to vacuum up anything from slimes to resources while you wander around the landscape. 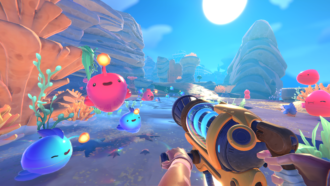 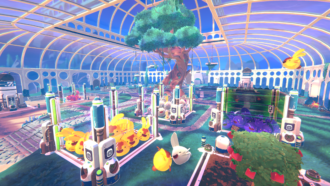 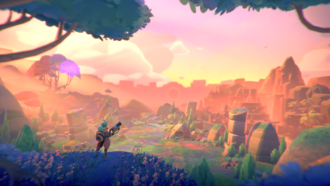 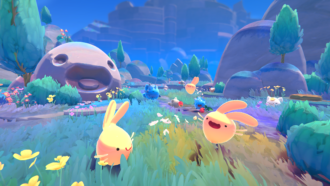 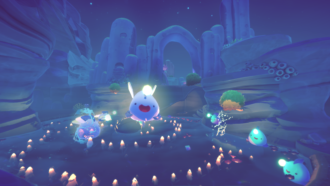 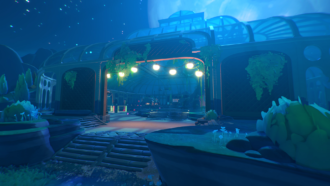 At its core, though, Slime Rancher 2 is very much a game focused on experimentation. Practically, Slime Rancher 2 follows in the footsteps of its predecessor in that the aim of the game is quite loosely defined. This doesn’t mean that Slime Rancher 2’s gameplay feels aimless; rather, it offers an in-game environment where players will be rewarded for their curiosity. The conservatory alone comes with plenty of nooks, crannies, and caves to be explored, and the different combinations of slimes and plorts feel endless, but never overwhelming.

The game’s core gameplay will feel familiar to fans of similar sandbox titles like Astroneer and Satisfactory in that the minute-to-minute gameplay feels relaxing and meditative. While overall, there’s no clear linear narrative story or aim, the colourful world of Slime Rancher 2 is easy to get lost in, thanks to the game’s stunning visuals and beautiful soundtrack. It’s clear that the Monomi Park Team have invested a lot of time and energy into depicting an immersive world. Simply following your feet in Slime Rancher 2’s colourful realm is a delight in itself.