Spelljammer is the new D&D expansion – and we played it!

Spelljammer: Adventures in Space is the newest campaign setting for Dungeons & Dragons, and to celebrate its launch, Checkpoint Gaming were invited to play it in person!

I was thrilled to represent the Checkpoint team (as you can see by my t-shirt) alongside writers from fellow Aussie outlets. We played a party of travellers through the first couple chapters of Light of Xaryxis, the adventure included with Spelljammer. The other two books rounding out the package are the Astral Adventurer’s Guide, which outlines the new gameplay elements (like new races, spells, and handling your own ship), and Boo’s Astral Menagerie, a dossier of the new creatures players can discover in the outer reaches of the Astral Plane.

The 3-book collection also comes with a DM screen with expansion-specific stats and tables, and a big pullout map of the Rock of Bral, an asteroid-turned-city that can be used as a player hub. The early parts of Light of Xaryxis involves players trying to reach it.

Our band of ne’er-do-wells began the session escaping a city under seige by strange crystalline creatures. We caught a ride on a ship we didn’t realise could fly through Wildspace, where sci-fi and swashbuckling tropes abound. Think Sea of Thieves meets Destiny 2. It’s a unique setting you don’t normally see in modern popular culture, especially compared to the Tolkien-esque medieval fantasy that D&D typically fares in. I played a con artist rabbit sorcerer who at one point tried to seduce a sentient door.

The game was overseen by professional DM Jesse Thomas, host of the Tabletop Unknown podcast, who did a great job deciphering the new space-based content, while also letting us gently fudge the rules when it was more fun to do so. Thomas prepared all our characters before the event, and by total coincidence my rabbit Nivens was randomly assigned my favourite spell. I chose to play support during a tense battle on the roof of an enemy spaceship, biding my time until I could rudely Counterspell the enemy mage right as they were about to do something I’m sure would’ve been cool. In response, the mage teleported to safety and rained fire on their own ship, dealing heavy damage to our whole party. Whoops.

Unlike recent magic-heavy expansions like Fizban’s Treasury of Dragons and Strixhaven, there’s only two new spells included in Spelljammer, so there’s not much new geared towards magic lovers like myself. But the introduction of spaceship-to-spaceship combat is a surefire draw for players of any class, especially since their pilots (the titular spelljammers) fly them with psychic abilities. Accompanying the game is the official soundtrack to Spelljammers, appropriately named Spelljams. The catchy pop funk tunes reinforce the zany, anachronistic, kind of deliberately corny setting, and all its potential. 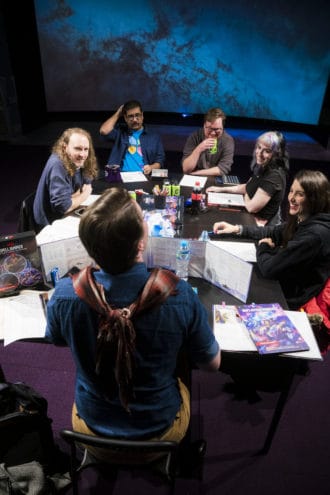 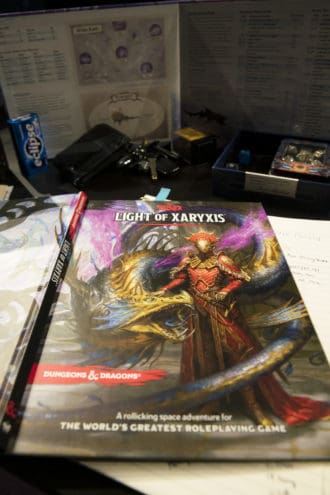 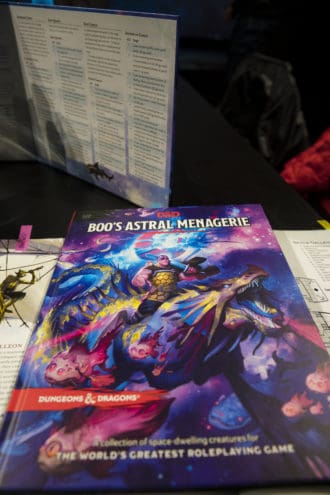 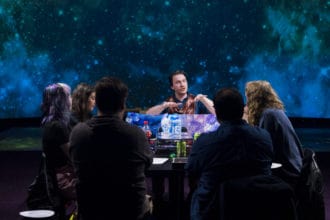 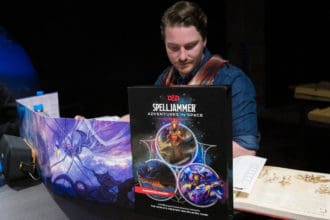 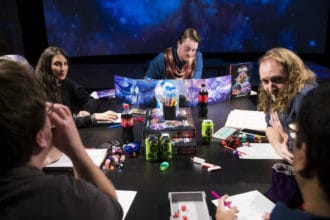 D&D and Spelljammer have recently been criticised for the portrayal of the Hadozee race included in the expansion. While efforts have been made to update the race from when they were first introduced in the 1980s, they still come off tone-deaf and insensitive to many. D&D has issued an apology and promised a rewrite of the text. It’s a reminder that “the world’s greatest roleplaying game” is only as great as how it’s interpreted by those who play it.

The best games are those where every player has the safety to play how they want, and weave an epic, silly, tragic yarn together. Which explains a lot about why the game is so popular within the queer community.

Thanks to Wizards of the Coast and Double Jump Communications for hosting the Spelljammer event. Thanks to James Oorloff Photography for the images in this article.