We were fortunate to meet the good folk from Hojo Studios at PAX who showed us their newest game, The Godfeather. The only pigeon mafia game on the block, coming fresh outta Sydney Australia.

Have you ever looked at the birds and wondered how they keep so organised? Who tells them to fly south, get in formation, or coordinate scavenging? Maybe they are part of a secret organisation? Well, this was the thought process behind Hojo Studios’ newest game, The Godfeather.

We had a chat with developer Rick Salter who shared, “We always take the silliest idea we can think of and put as much love and care into it as possible. Everyone has looked at birds and probably considered that possibly they’re part of a secret organisation. People have asked why we didn’t use a magpie, but what’s funny is that it is pigeons. They’re not aggressive birds, so we love this crazy idea that what if birds actually thought they were part of a criminal enterprise and all the people in the neighbourhood are their enemies that have moved into their turf. So it’s a turf war with mafia pigeons.” 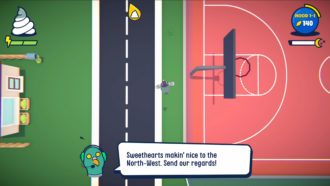 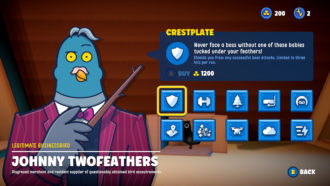 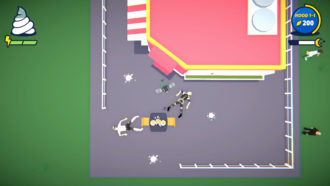 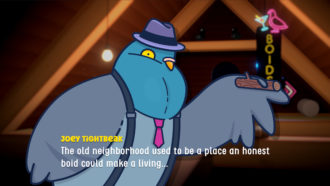 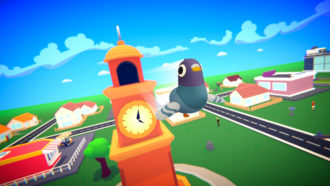 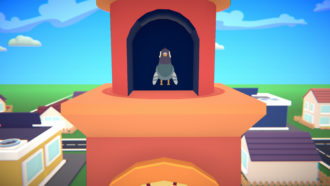 Turf war indeed! The Godfeather has a demo out now on Steam where you can play through the first environment, the suburbs, and defeat the first boss. It’s a roguelike that changes each run so you can upgrade your pigeon and survive longer. The aim is to drop your pigeon bombs, aka poop, on a specific amount of targets within a time frame. Watch out though, as there are drones about, ready to whisk you away.

You’ll see people of all genders getting cozy, so you will have an equal opportunity to splatter a diverse range of lovers. At launch they’re aiming to have 3 new environments including the beach and city, alongside an overarching story.

Will you become the next Godfeather? You’ll have to check it out! Planned release on Steam and mobile devices in October 2023.