As someone who played the original game to pieces, I’m interested in all the changes Square Enix made to this new update, but let’s cover the basics first. Crisis Core is set seven years before the start of Final Fantasy VII, following the story of Zack Fair, a charismatic 2nd Class member of SOLDIER, a fighting squad working for the Shinra Electric Power Company in the cyberpunk city of Midgar. On top of completing missions in the hopes of getting a promotion, Zack finds himself caught in the interpersonal dramas between three members of 1st Class: Zack’s mentor Angeal, the legendary Sephiroth, and the mysterious Genesis. The early chapters see Zack travelling to a unique location for a mission, then returning to HQ for some downtime.

The most obvious changes made to Reunion are in sound and visuals. The game is technically the same as before. You’re watching the same cutscenes, you’re running down the same environments, fighting the same enemies with the same moves. But the graphical overhaul blurs the line between remaster and remake. Everything now has multiple coats of polish that bring the art style closer to Final Fantasy VII Remake (which is ironic considering Crisis Core on PSP partly inspired Remake’s impression of Midgar). Even Reunion’s cutscenes feature the same character animations as the PSP version, but the faces have been newly animated to express more emotion. Plus the entire voice cast is new, with returning characters voiced by their Final Fantasy VII Remake actors. It’s an impressive effort, and I’m excited to see how it impacts the rest of the game.

“You might go hours without a level up you desperately want, then randomly go up 3 levels fighting a weak bug.”

Similarly, Crisis Core’s battle system is mostly the same as always, but with significant quality of life changes. It’s an action RPG not dissimilar to Remake, but on the PSP version your basic attack, spells, abilities, and items had to be quickly selected off a horizontal menu. Reunion maps basic attacks to a button (Square by default on PlayStation), and sends spells and abilities to a shortcut menu mapped to the face buttons, leaving the horizontal menu for your items only. It’s a brilliant change that makes combat more approachable while also making it faster paced and easier to multitask and set up combos.

But it’s impossible to talk about the combat in Crisis Core without bringing up perhaps its most controversial element, the Digital Mind Wave, or DMW for short. The DMW is a slot machine that constantly spins in the corner of the screen during battle, cycling between unlockable NPC images and numbers from 1-7. If two or three numbers match up, you get a buff (like a few seconds of infinite MP or invincibility). If three images match up, you trigger a powerful limit break based on that NPC. If images and numbers match up at the same time, you get a limit break and Zack or one of his abilities levels up. That’s right, levelling up is random. Even though you gain EXP like a normal RPG, you don’t get to decide when the level up itself happens. You might go hours without a level up you desperately want, then randomly go up 3 levels fighting a weak bug. As someone with a chaotic ADHD brain, I love the DMW and how its random delayed rewards make every battle unpredictable.

Like with everything else, Reunion tweaks the DMW to keep battles zippy and responsive. Limit breaks no longer trigger automatically, but are stored for you to trigger yourself with a button press, similar to Kingdom Hearts III. This means you can now include attack limits as part of a combo, or save healing and buffing limits for when you need them most. The reels themselves are less prominent than they were in the PSP version, as the game no longer enters Modulating Phase, which paused battles to zoom in on the reels during clutch moments that could end in reward or failure. I personally miss the drama of Modulating Phase, but there’s plenty enough going on in combat that it’s easy to forget about. 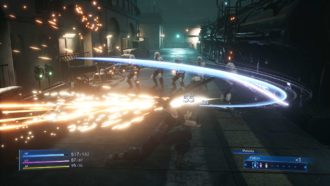 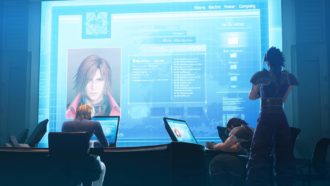 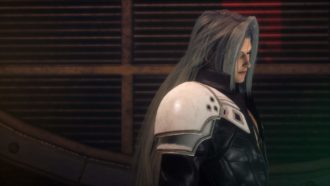 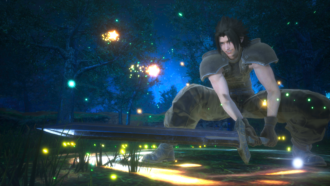 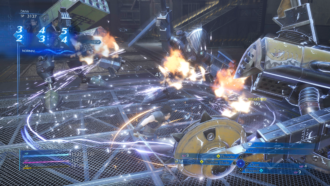 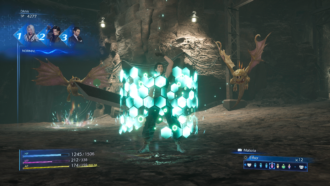 There’s a lot more to say about new and tweaked mechanics, but so far Crisis Core: Final Fantasy VII Reunion is giving an excellent first impression. Fingers crossed it’ll be a faithful update of the original game, as well as a great companion to Final Fantasy VII and its Remake. Stay tuned for our review soon.