Following the recent release of MTG: Dominaria United comes the next installment of the Phyrexian storyline, and a return to some of the most well-loved moments in Magic’s history in The Brothers’ War, a story first depicted in Magic’s second-ever expansion set released in 1994.

This set follows the story of the tooth-and-nail rivalry between two brothers and the plane-shattering Antiquities War that results from it. With warriors piloting titanic mechs, utilizing the power of colossal dreadnaughts, and harnessing dangerous magic, the events of this war would go on to shape the future of the entire multiverse.

Because the outbreak of the war is so deeply intertwined with mecha combat, there is a heavy focus on new technological focused items that didn’t appear as frequently in Dominaria United. One such artifact is powerstones, which are artifact tokens that can be tapped for additional mana when casting artifact spells. The Brothers’ War also brings back some classic mechanics like Meld, which enables you to combine two cards in order to create an oversized one, and Unearth, which allows cards to return from the graveyard.

One of the most exciting elements of the Brothers’ War is that it was the first-ever set to incorporate characters from other universes. Any Transformers fans will be excited to know that their favorite transformers characters such as Optimus Prime and Megatron are once again able to be added to their decks. 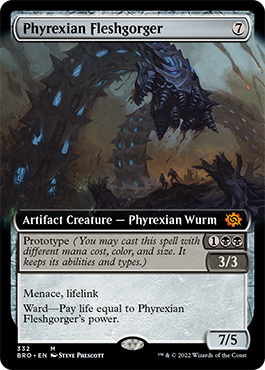 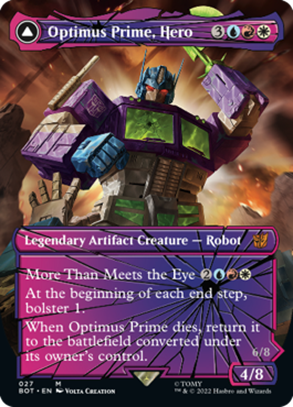 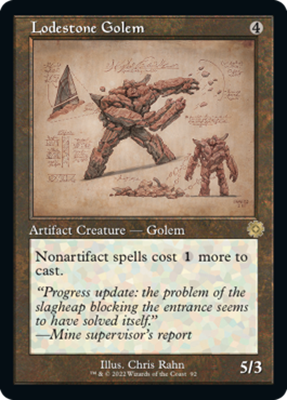 For classic Magic fans, accurate reprints of some of the most popular original artifacts and artifact creatures are also able to be found in the decks. These artifact cards can be found in both foil and non-foil and both Commander Decks available get special treatment as well. The two decks are based on the titular brothers and bring back the feeling of the original game by utilizing the retro frame designs.

So if you were a big fan of the original Magic: The Gathering sets, coming back during the 5 part Phyrexian storyline is going to be a great way for you to get the feeling of those early expansions back. With the introduction of Jumpstart packs in Dominaria: United, it is also the perfect time for new players to pick up a deck of their own, so if you have any interest in Magic, head over to the website to have a look at what playstyles and packs are available.