Scars Above Hands-on Preview – Something wicked this way comes

When Scars Above was first revealed at last year’s Summer Games Fest, it immediately caught my eye. A female protagonist exploring a mysterious and dreadful alien planet? Third-person gunplay combat, elemental mastery, mysteries and puzzles to unravel? Sign me up. Its announcement came not too long after Returnal, a stand-out PlayStation 5 exclusive that remained fresh in my mind. Loving my time with that, I was eager to play more experiences like it.

Fast forward a year or so later and thanks to a Plaion Spring Showcase event, I have now spent hands-on time with Scars Above. While not exactly what I expected, I’m entirely keen for more of a taste.

Scars Above’s demo experience threw me right into the thick of things. Alone on an alien planet separated, scientist and astronaut (and namely not a soldier) Kate is separated from an expedition that was sent to discover an anomaly affecting Earth. Early in my trepidatious journey, I met an apparition that led me forward, passing by alien fauna and haunting vistas.

That mood-setting did well in not letting up throughout my hands-on. I’d find leftover equipment from other members of my team; coincidentally how I get my first gun and relevant upgrades. Abandoned audio logs paint a darker picture, indicating some of the dreadful extra-terrestrial foes I’m soon to face. Something has gone horrifically wrong on this planet. I’m eager to find out more about what that just is.

In the atmosphere is where the Returnal comparisons have reared their head for me. However, without being too reductive, Scars Above is clearly going for that Soulslike feeling. It’s not bullet hell. It’s not high-intensity fast-paced so far. It’s slow and methodical, with you moving through tight channels into more open arenas, slowly picking off enemies in order of proximity. While the visuals are frankly really impressive, character animations, especially melee, can be a little bit too sluggish. This is something I foresee being a bit of an issue when you’re in those scarce-ammo moments.

In Soulslike fashion, your resting points to restore health and respawn enemies are present and come in the form of alien obelisks that glow and animate when used. A nice visual touch. 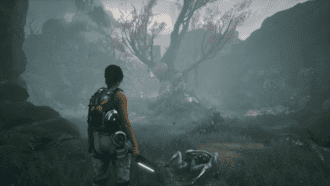 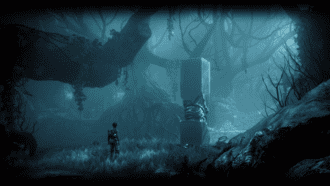 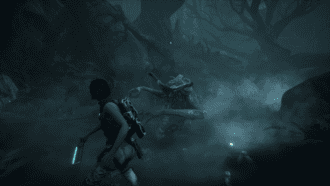 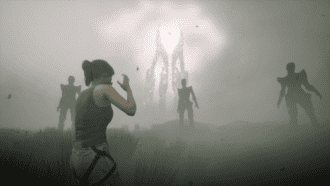 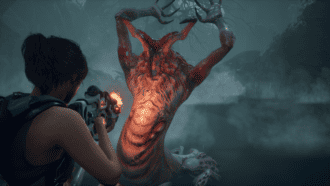 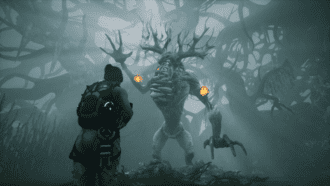 Elements on your weapons become not only important when exploiting enemy weaknesses but also in campaign progression. There are moments I got to an area, with the path ahead blocked by an alien membrane I couldn’t breach through. It was only when I obtained the fire element for my semi-automatic rifle that I was able to burst polyps on the membrane mesh, thus clearing the obstacle.

I didn’t yet get to see any boss encounters in my hands-on time with Scars Above but I’m enticed to see what’s ahead on that account too. Going off promotional material alone there seem to be some dreadful beasts ahead.

All things considered, Scars Above already is looking like quite the promising AA spin on the Soulslike formula. I’ll be eager to see just how it unveils its dreadful horrors to myself come release. For more coverage from our attendance at the Plaion Spring Showcase event, why not check out our hands-on with Dead Island 2?