Sources speaking to Kotaku have revealed that Activision is currently working on a remaster of the original Spyro the Dragon trilogy, released on PS1 in the 90’s, which is set for release in Q3 2018.

Following in the footsteps of the Crash Bandicoot N.Sane Trilogy, the Spyro remaster will feature new assets, lighting, cinematics, animations, and an updated soundtrack. An enhanced save system is also reported to be featured, which also occurred in the N.Sane trilogy, replacing the old-school password system.

The remaster will include Spyro the Dragon, Ripto’s Rage!, and Year of the Dragon, with the promise of some cut content being re-added to the games, making this rumour all the more tantalising. Sources are reporting that the game will be announced in March 2018, with a release date set in in Q3 2018. September 2018 will be the 20th anniversary of the lovable purple dragon, which would make perfect sense for a release window.

Apparently being developed by Vicarious Visions, the same crew who handled the Bandicoot’s remastered trilogy, the game is said to be a one-year timed exclusive to PS4. Other ports are set to follow this exclusivity window, which aligns with the rumoured one-year exclusivity deal that the N.Sane trilogy had as well (we can expect ports of that game this year, apparently). 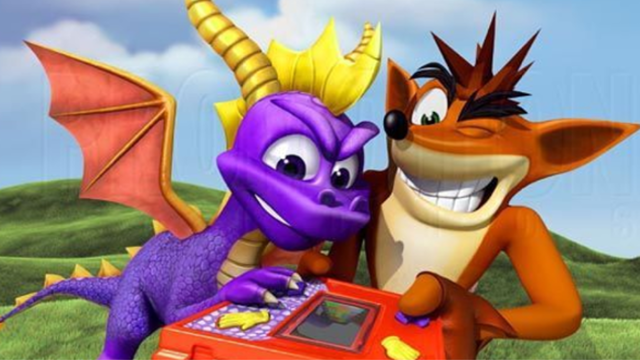 Are you excited for the return of the dragon? I know I am!