The NEXT update brings much of what was promised and idealised back to the title. Full multiplayer is now available allowing exploration of the vast universe with all your friends and foes. An amazing feat following the prior system of not being able to see one-another in the initial ‘multiplayer‘ experience. Parties up to four players large can venture on outrageous journeys across the space-scape.

Photo Mode allows players to take scenic shots on top of their very own discovered mountain range, as the sun they named sets behind them.

Bases from a prior addition can be built wherever you can imagine.  Using up to 20,000 individual parts, players can build enormous outposts. Deep beneath the dark purple seas of planet Nebulon, or above floating rocks on planet Namek. Objectives accompany bases now to drive progression and motivation to continue playing. Location scouts may become an undefined job within the game with all this potential for real estate in the NEXT update.

Among many other smaller fixes and add-ons, the last major change is the introduction of a third-person viewpoint. Being able to see an avatar while investigating unknown galaxies delivers another sense of joy and intrigue for customisation throughout the NEXT journey. 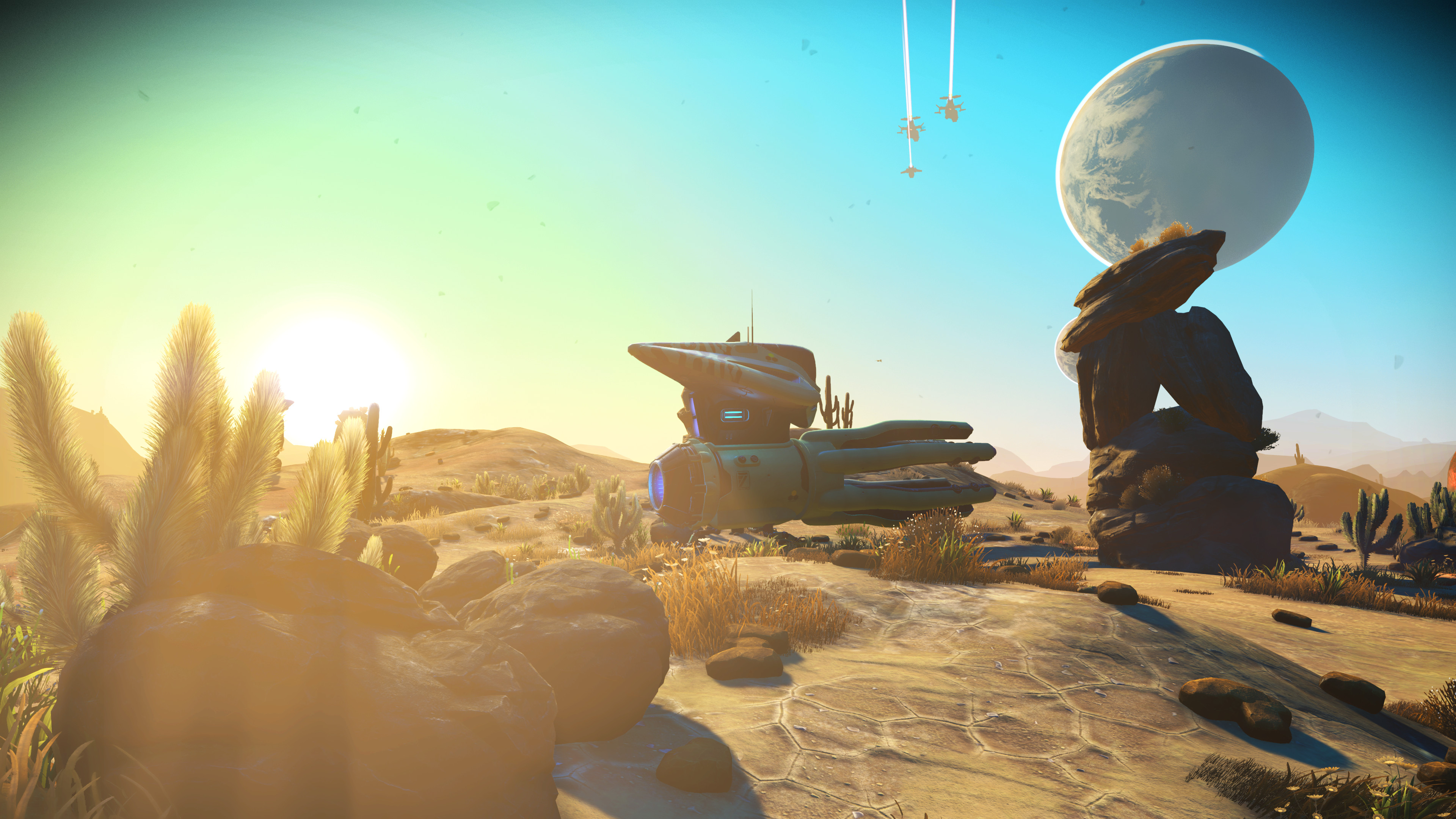 If you somehow avoided the controversy, No Man’s Sky began as one of the most anticipated and ambitious titles of the current-gen leading up to its initial release two years ago. The seemingly endless universe of alien planets of infinite possibilities and seamless loading screens absolutely attracted everyone’s attention. The imagination of players ran rampant as the mastermind behind the project, Sean Murray, alluded to the almost unbelievable features of the game… which turned out to be too good to be true.

Instead of endless fun, No Man’s Sky faced endless criticism upon release. The game lacked advertised features like proper multiplayer, boring procedurally generated ecologies that felt like carbon-copies, and an incredibly empty universe for starters. To add, the project was ridden with bugs that hindered the underwhelming playing experience.

Hello Games is dedicated to amending their poor reputation after a horrendous release.  Quite clear with the recent substantial update and port to Xbox One alongside this free massive overhaul.  Let’s hope the NEXT update is all that it promises to be.