Nintendo’s February 2019 Direct live stream premiered on Valentine’s Day. It seems they really know what we all love, announcing a Battle Royale mode for the beloved classic Tetris. Tetris 99 is the newest experiment on the massive online multiplayer concept. It pits 99 players against each other in a survival tournament that slowly winds down to just one ultimate champion. Will it be you?

The iconic puzzle game #Tetris arrives, but with an online experience like no other–99 players enter, but only one reigns supreme! #Tetris99 is available to download now, exclusively for #NintendoSwitchOnline Members. pic.twitter.com/iLWG08pmIi

The gameplay will be as expected of the classic arcade game. However, eliminating a line in Tetris 99 adds more blocks to the screen of your opponents. As time and players whittle down closer and closer to the one vs one moment, obviously that ever satisfying anxiety of menacing colourful squares filling up your screen will increase intensely. It’s quite an interesting concept and a great modern spin on the game. We can’t wait to play it…

Oh, that’s right. It’s available for FREE not too long after the Nintendo Direct stream. Unfortunately, the free game is limited to Nintendo Online subscribers. Odds are if you’re sitting on the edge of opting in, this month’s free game opportunities and newest announcements will surely win over a few on the fence. 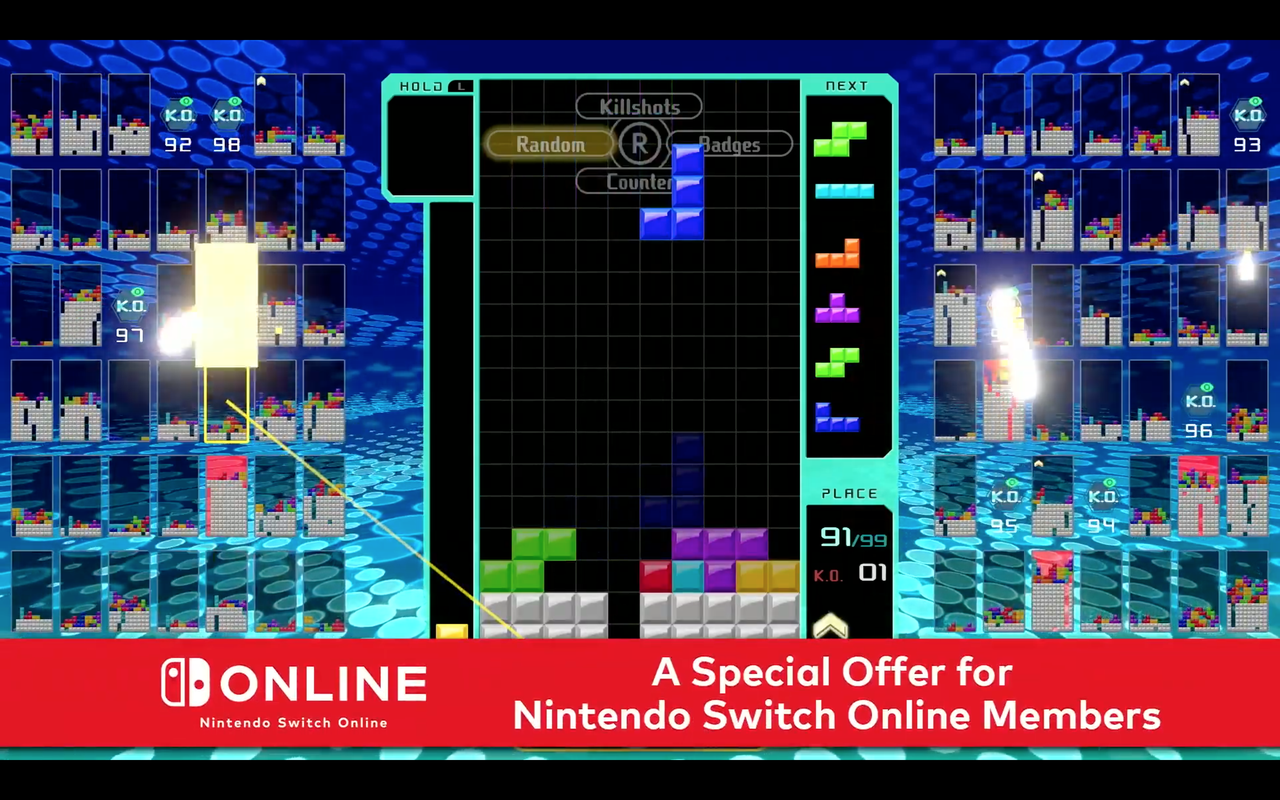 Nintendo’s entry into the Battle Royale market isn’t the only shock in recent weeks. EA’s shadow-drop success Apex Legends has been performing incredibly well. With a Titanfall twist on the movement and gameplay of the infamous genre, its been certainly surprising and impressing many players across the world.

It sure is an exciting time for both Nintendo and Battle Royale fans. What could be next for the genre? Maybe Pac-Man Battle Royale? Or even a Battle Royale licensed game? Only time will tell!